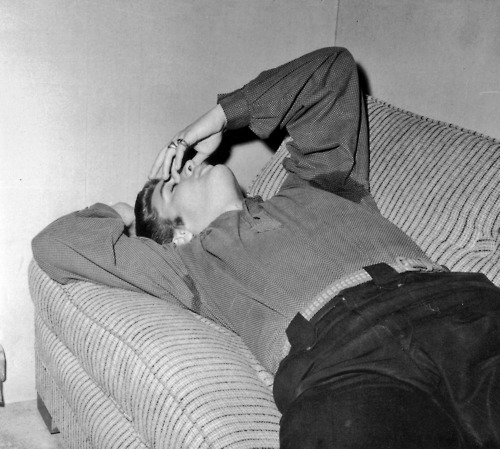 In 1956 RCA Germany released the ultra rare Wake Up To Music (47-6712).
I once had a copy and did a little story about it for The Man And His Music magazine.

A while later I featured this release on an Elvis site. Another collector responded by posting an unknown white label promo from the USA.
But the story doesn’t end here.

Not long ago yet another promo was discovered, this time from Canada.

And shortly after we published this article right here on Echoes, Chris Giles responded by mentioning that a regular commercial USA pressing also existed.
Chris was so kind to scan his copies of this mega rare title for us, and we are proud to present the most complete collection for the first time anywere! 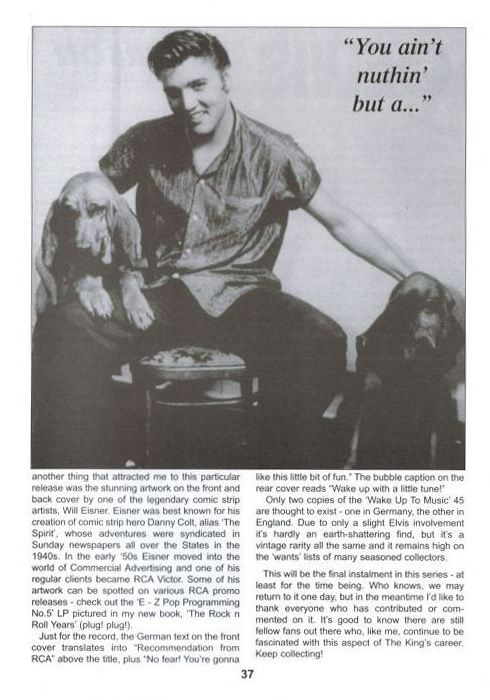 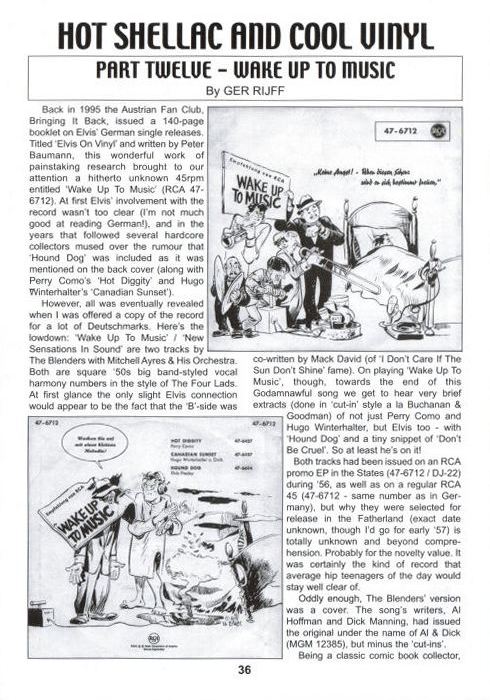 ‘Wake Up To Music’: echoes of years gone by. 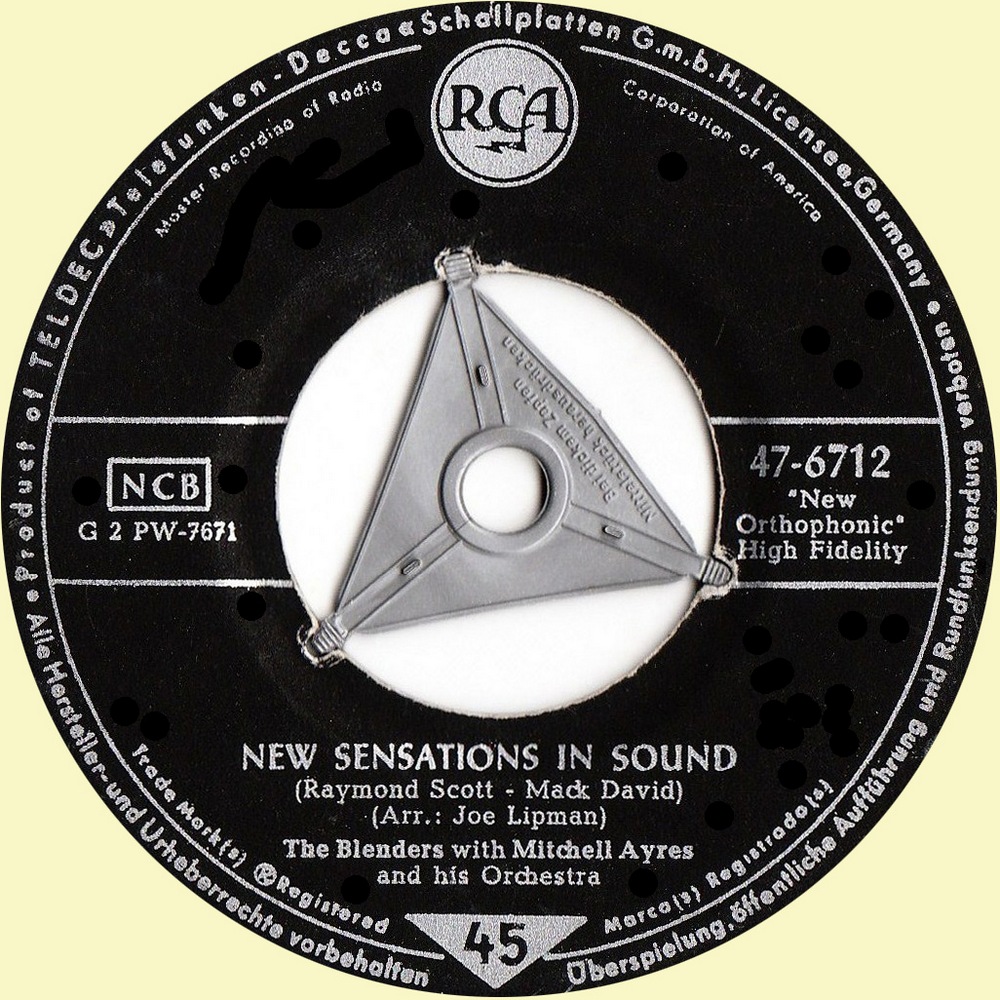 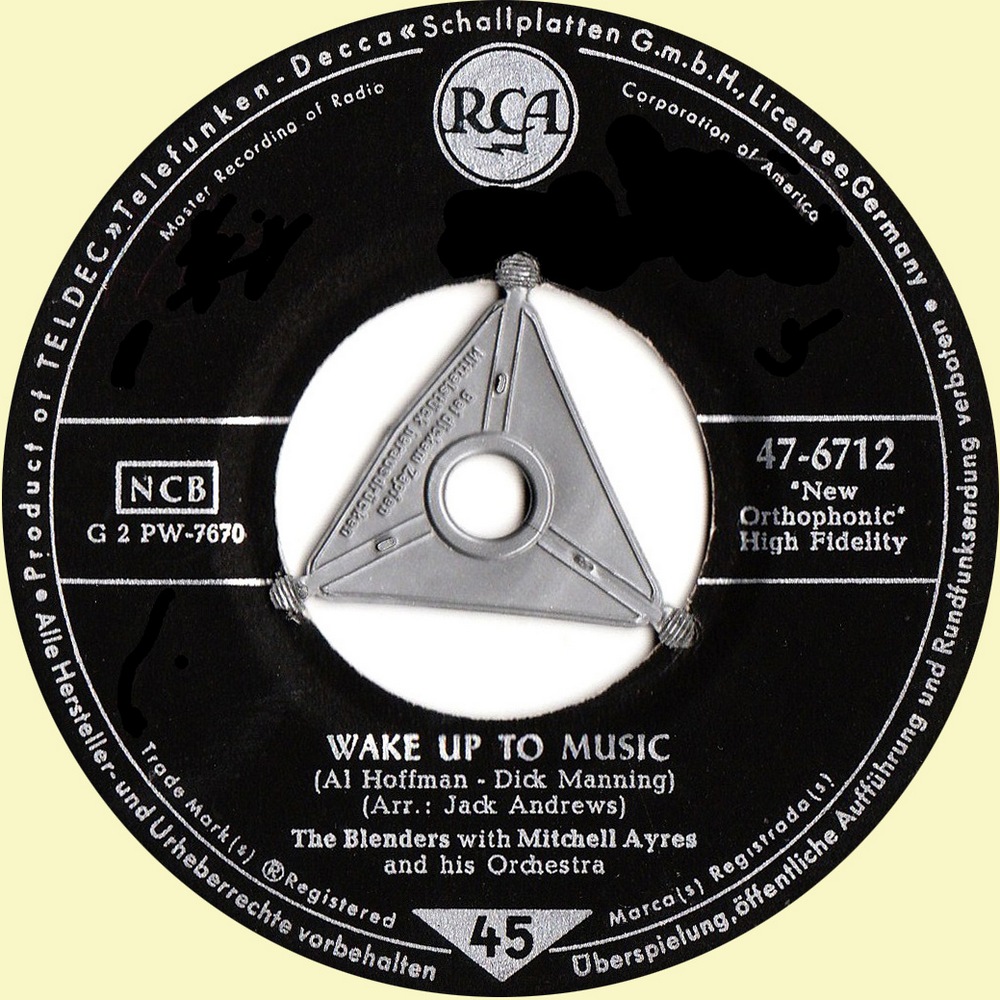 Here we have the single from Germany.
It included a picture sleeve. 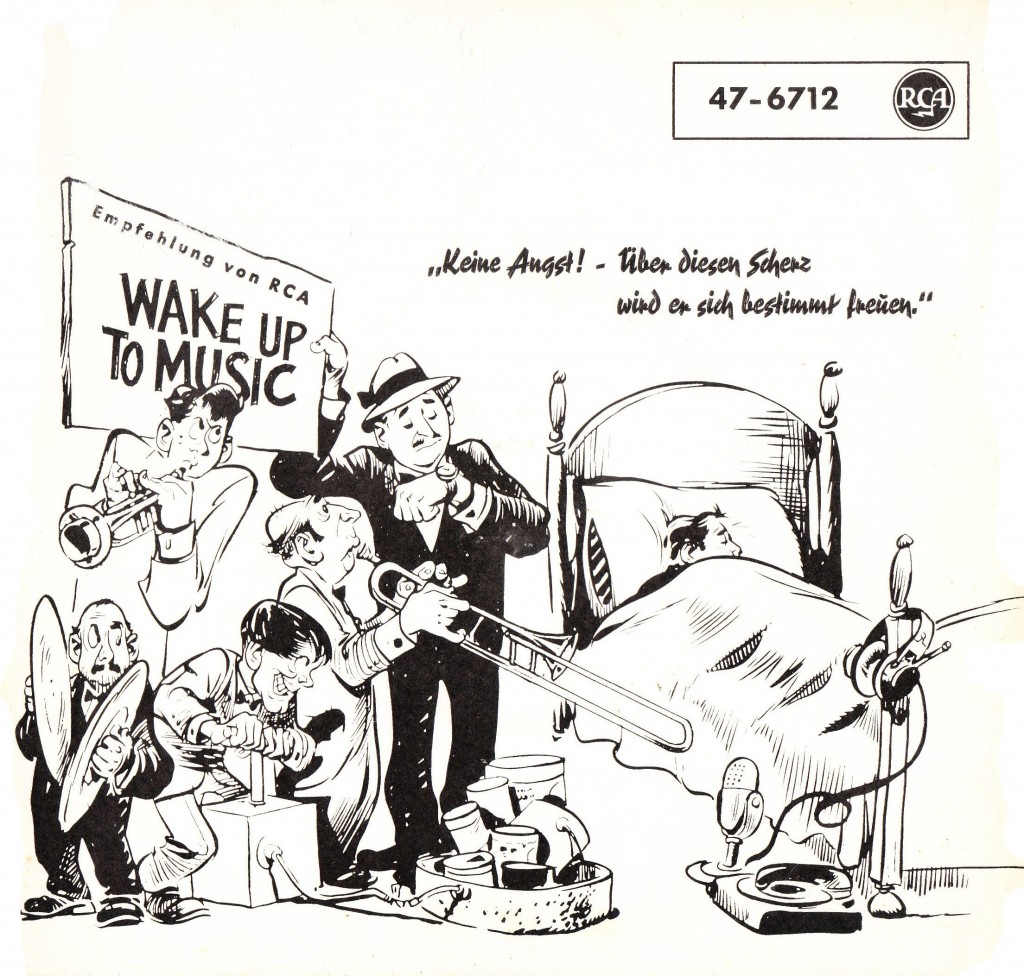 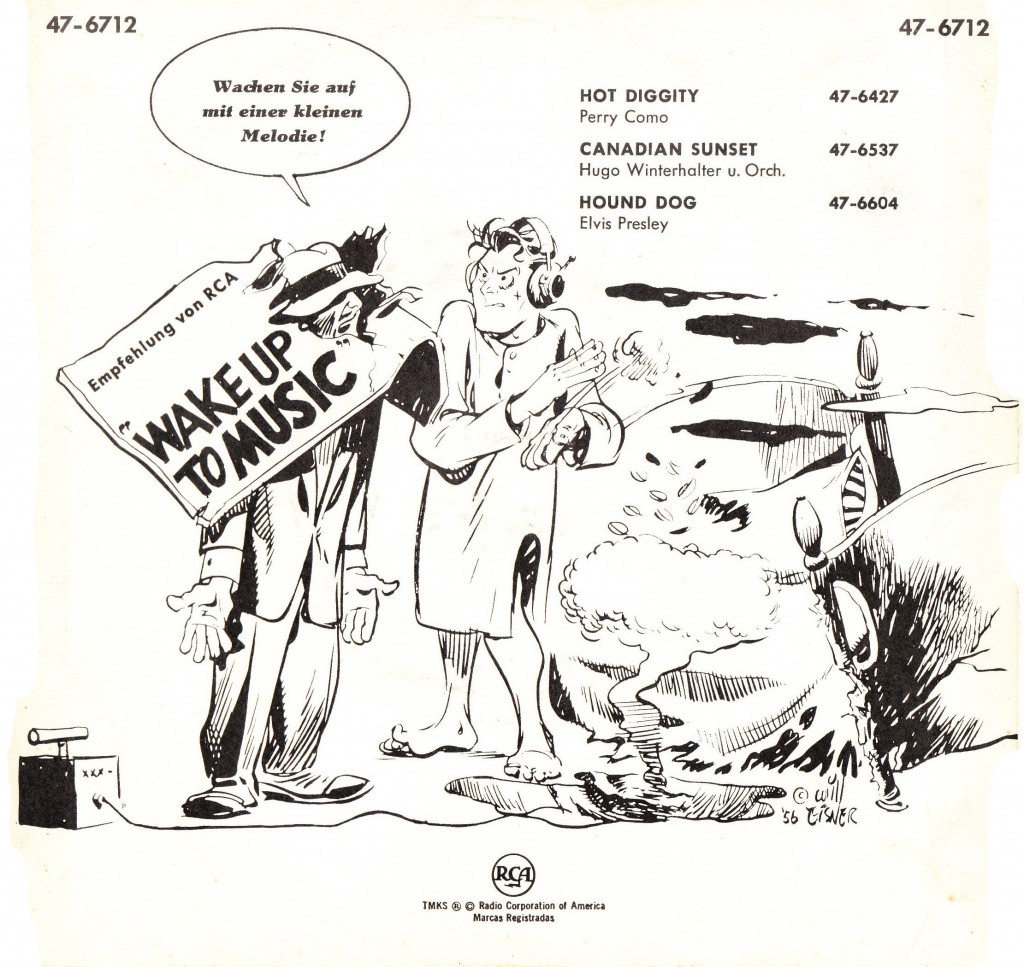 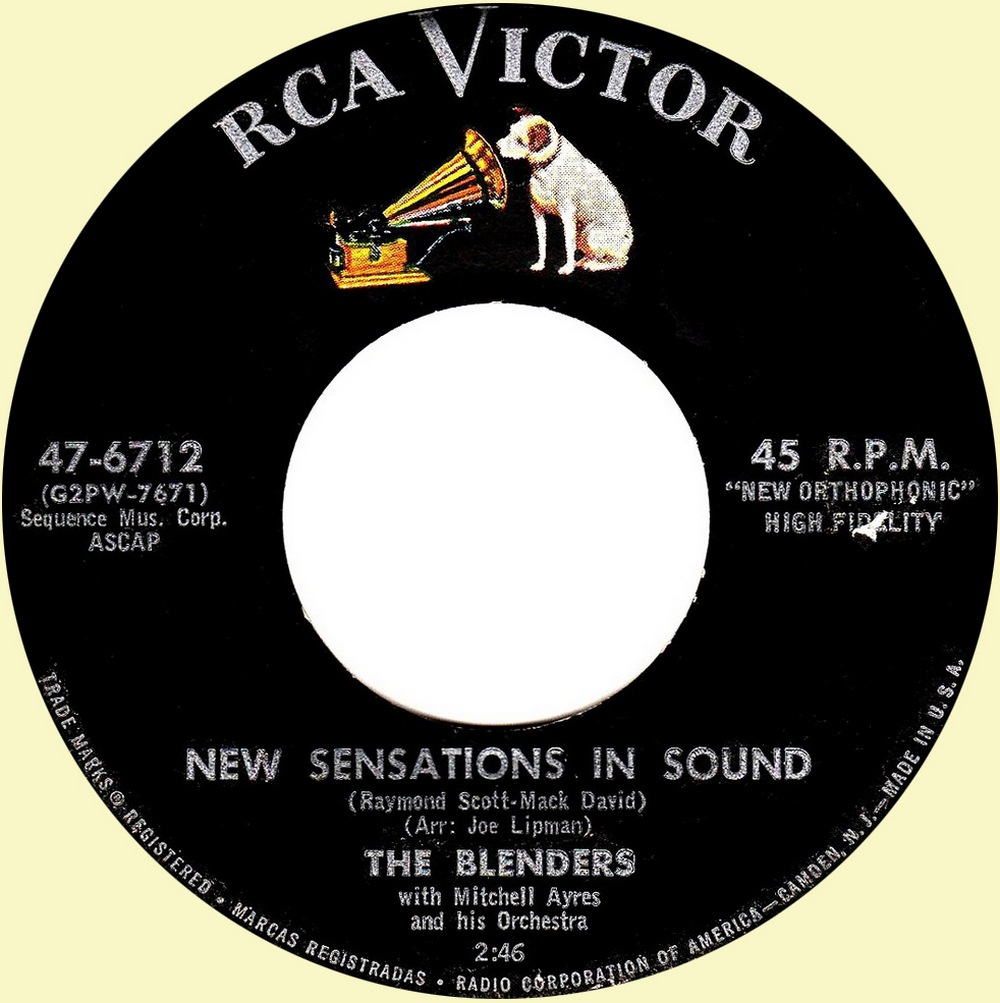 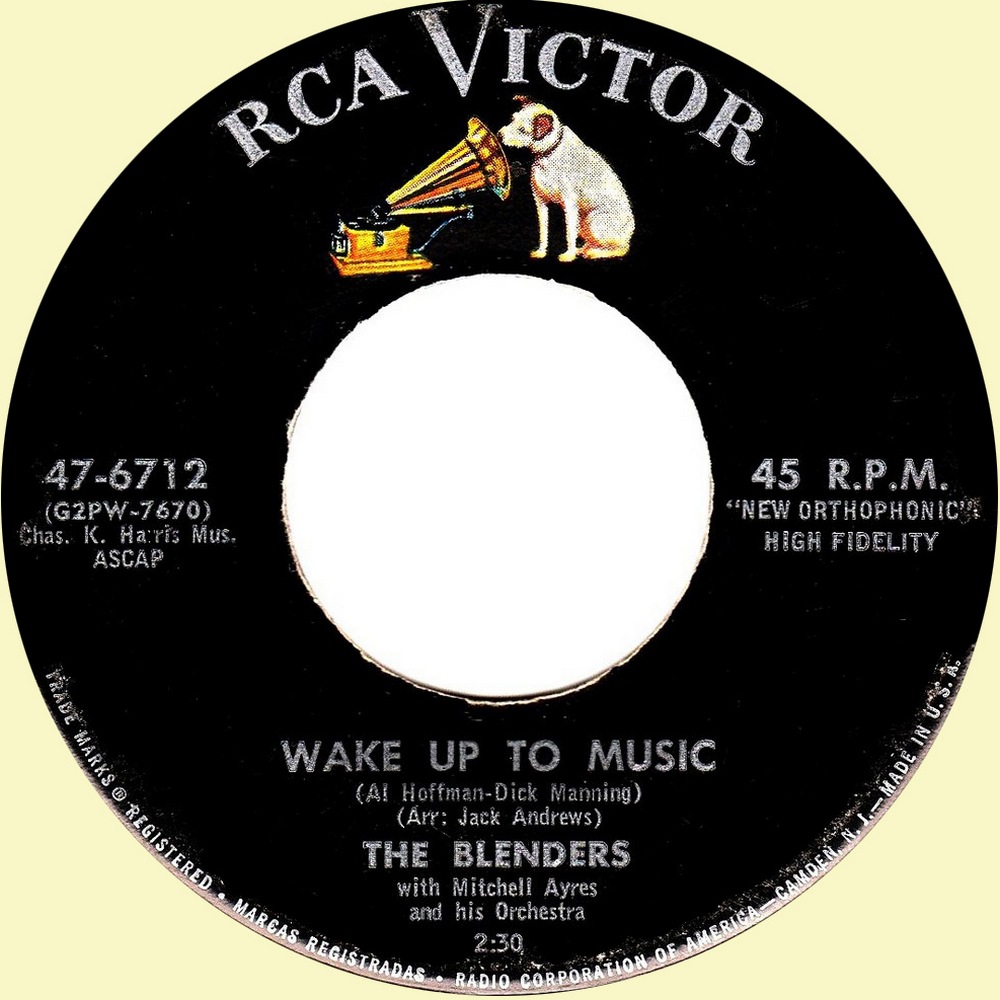 The single from the USA. 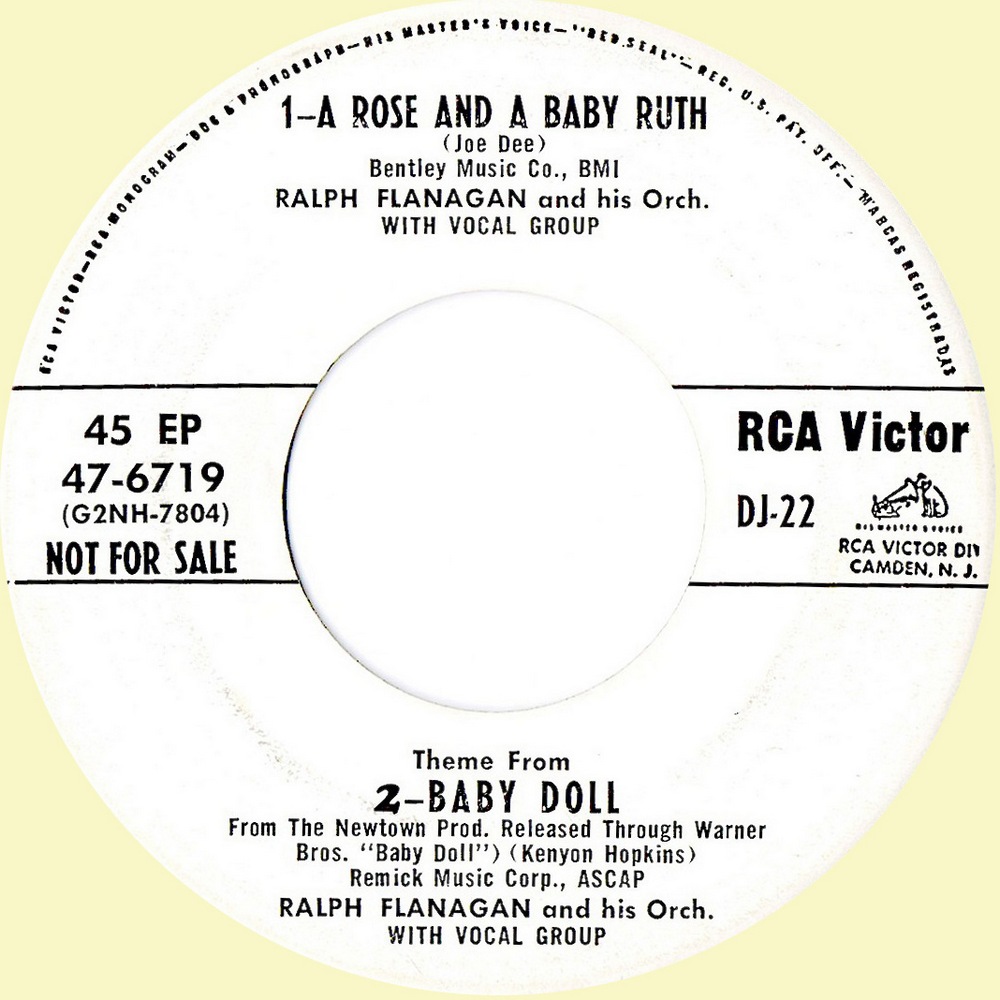 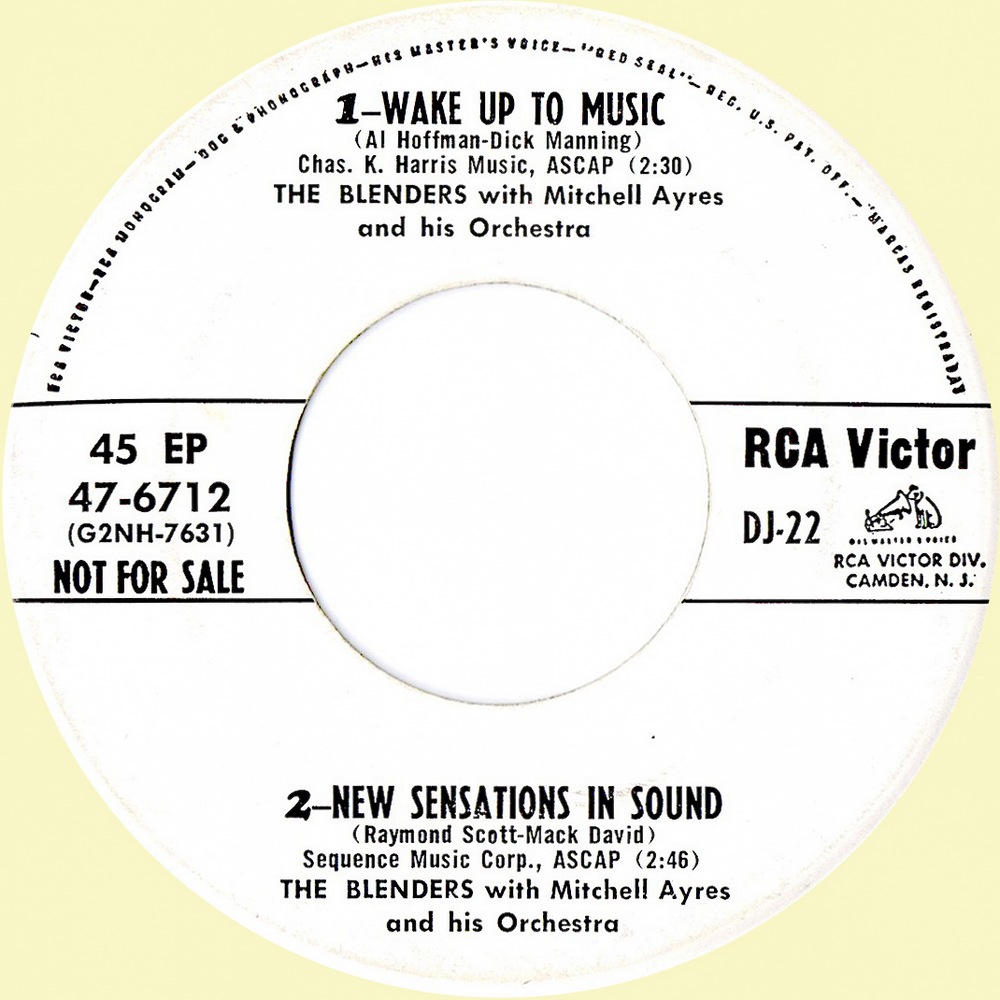 The promo EP from the USA. 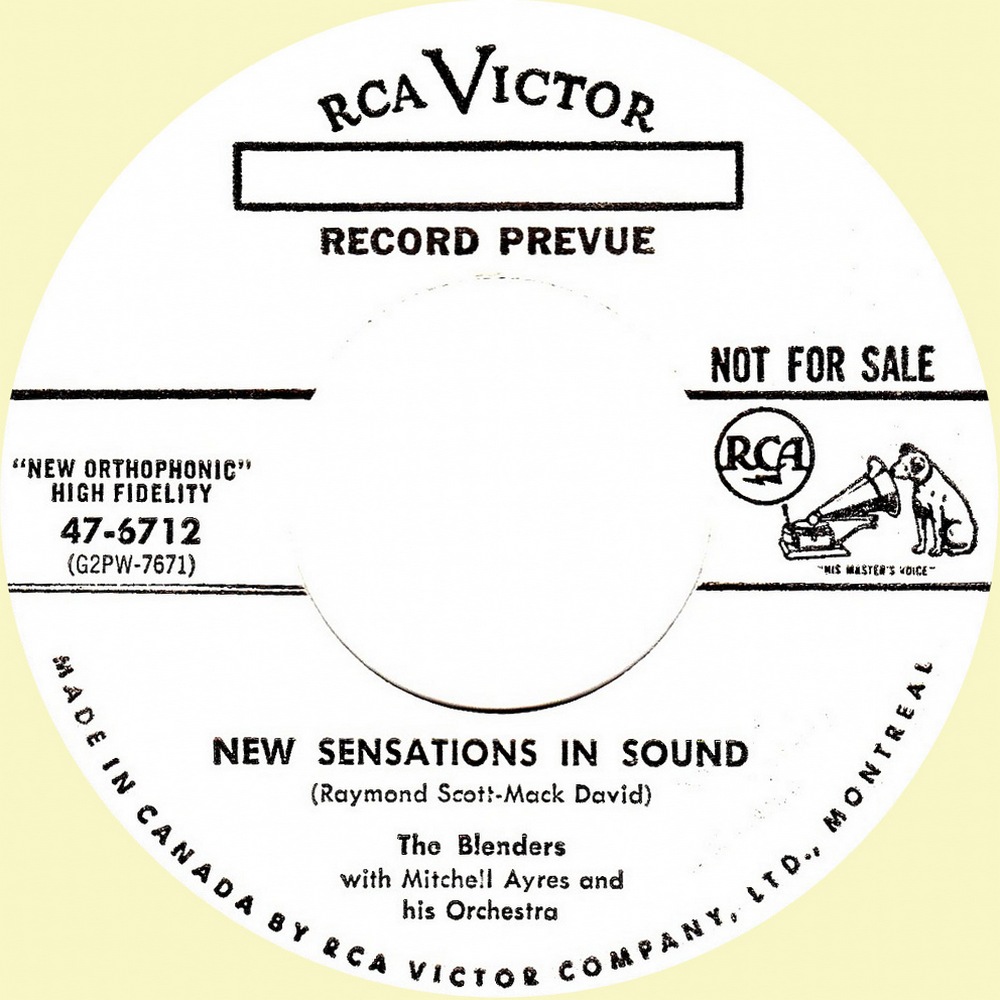 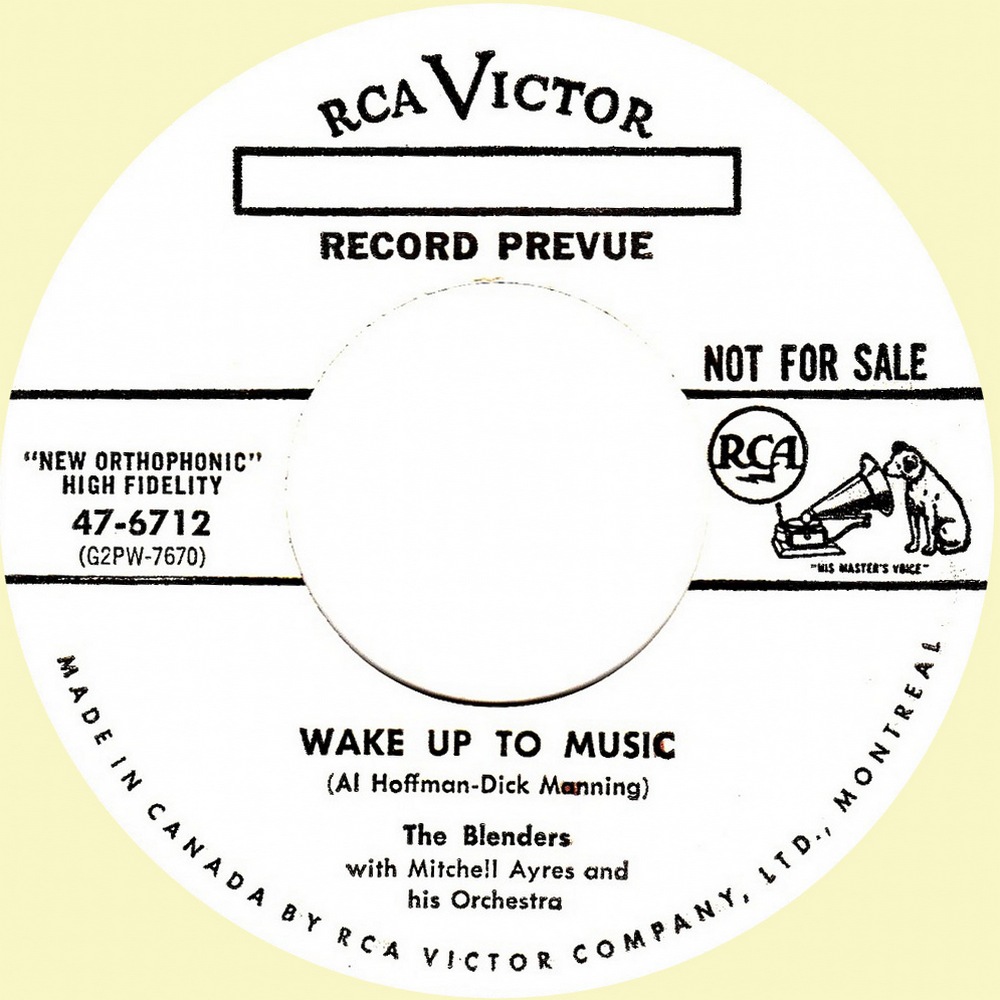 The promo single from Canada. 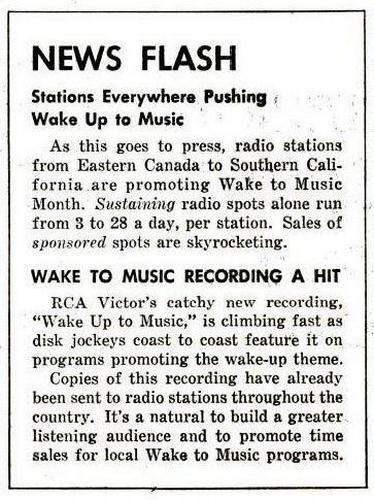 While going through some vintage Billboard magazines from November 1956, these interesting fullpage articles turned up.
The Wake To Music campaign was (according to Billboard) a “Huge Success”.
It’s goal apparently was to sell radio announcements to sponsors.

Even though Elvis was the hottest thing around by the end of ’56, his face can not be seen in these two articles. This raises the thought that RCA Victor was not involved in the campaign from the start.

In the article from the 24th of November, in the special NEWS FLASH section (also to the right —>), we can read that RCA Victor has now also jumped the Wake Up bandwagon calling their promotion Wake Up To Music (adding the word ‘Up’).


The Elvis-related Wake Up To Music single and EP pressings from RCA in the USA, Germany and Canada clearly were never meant to be regular commercial releases. They were only pressed in order to be sent to DJ’s. This would further explain their extreme rareness. 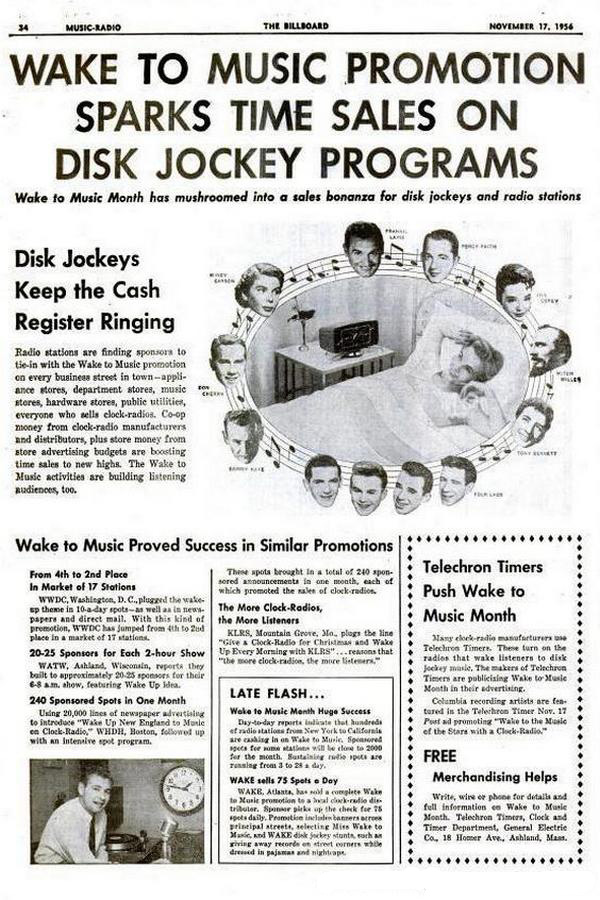 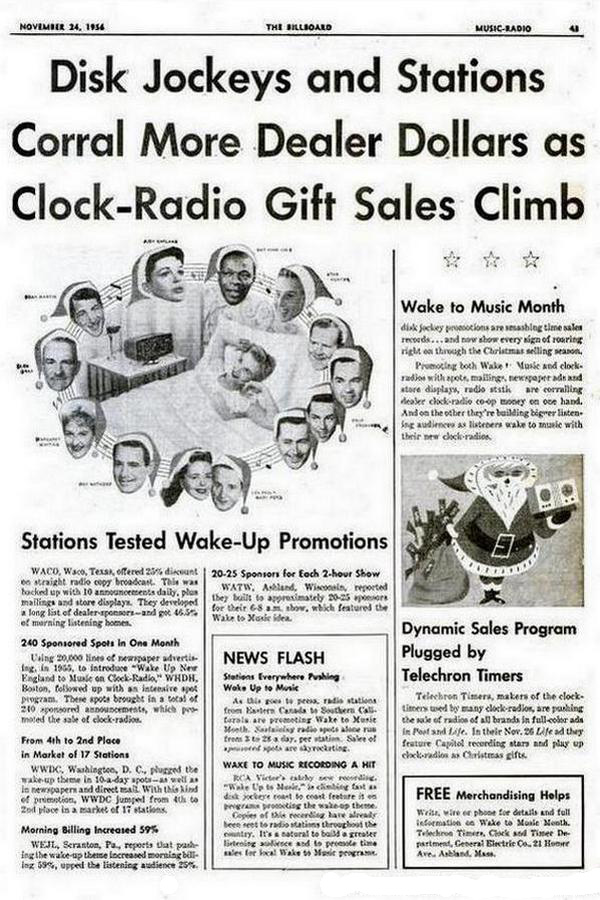 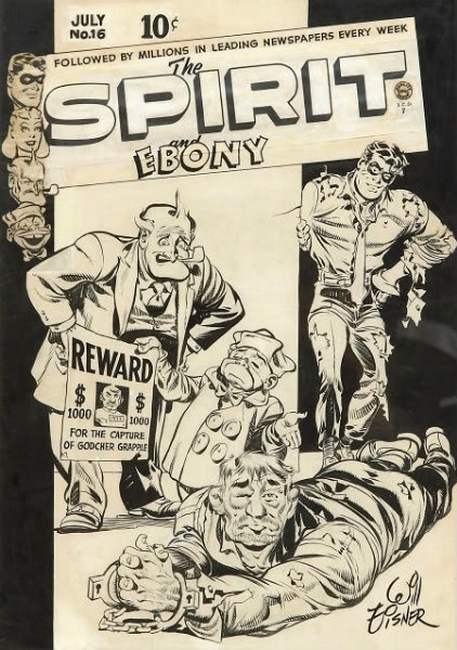 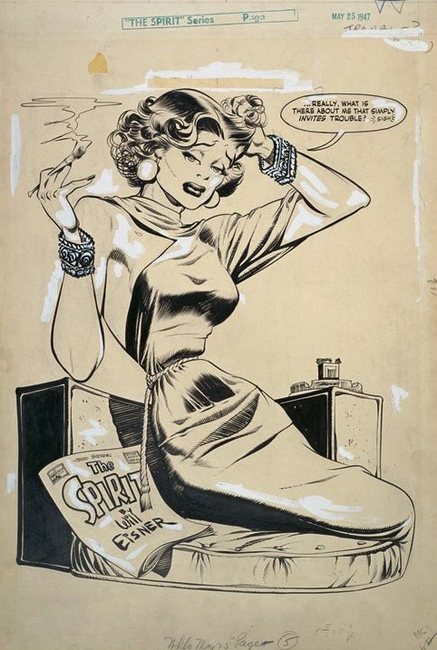 The artwork for the German release was by Will Eisner, comic book illustrator supreme!

His most famous strip character was named ‘The Spirit’. To this day his work, dating back to the 40’s and 50’s, is still in print. 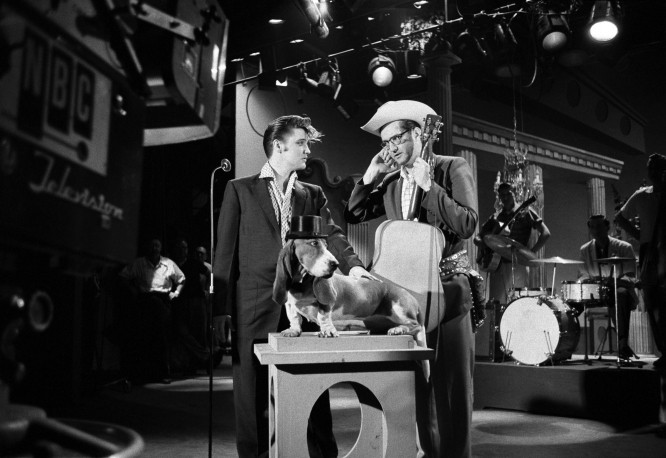 The Steve Allen photo is copyrighted by A. Wertheimer.

I had to dis-allow the Comments for this article since a ton of Spam entered the Echoes-site daily through here.
But if you would like to leave a message, please use Echoes’ email-address at the bottom of this page, and I will add your Comment to this article.
Thanks!