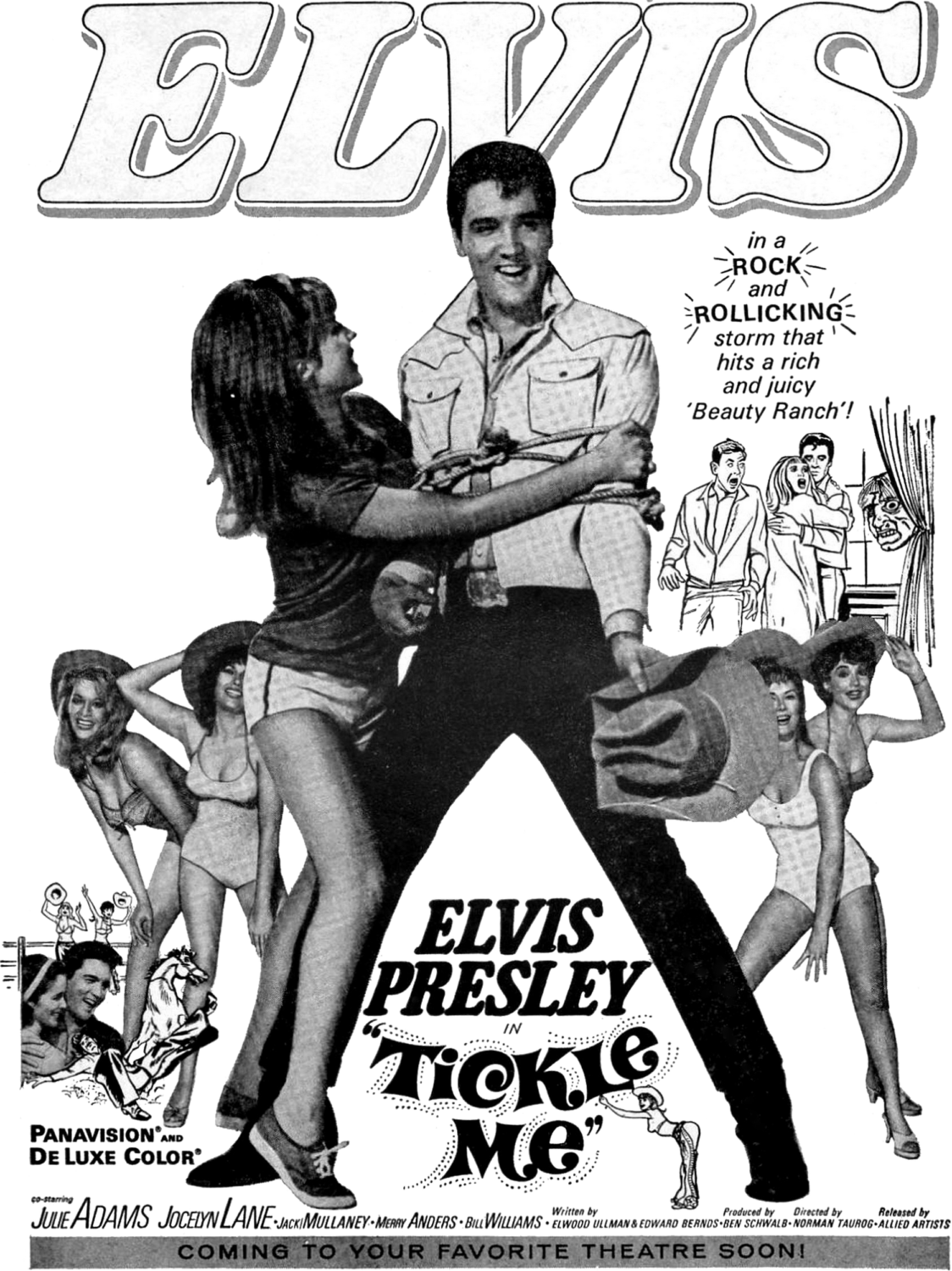 Tickle Me was the cheapest movie Elvis ever made. The studio who produced the movie, Allied Artists, was in financial trouble around the time of filming, forcing the director to work with a tight budget. To save on expenses even more, no new songs were written and recorded for Tickle Me. Instead, the soundtrack solely consisted of previously released songs, the oldest dating back to 1960. Everything about this movie is cheap and ‘recycling’ seemed to be the name of the game. Allied Artists’ publicity department even used a classic Wertheimer shot from 1956 (!) for the design of the half sheet poster. And who ever came up with that horrible title?

Still, no matter how dreadful some of Elvis’ films were, they were all profitable, even Tickle Me. By 1965, the movie’s three ingredients (Elvis + songs + girls) were still a guarantee for success. Tickle Me actually saved Allied Artists from bankruptcy. But there is just no way that Elvis could have been proud of this piece of junk. On the other hand, the absolute lowpoint of his acting career was yet to come with his next project: a horror movie called Harum Scarum.

In this article we take a look at some of the very collectible
publicity stills that were issued for Elvis 18th movie. 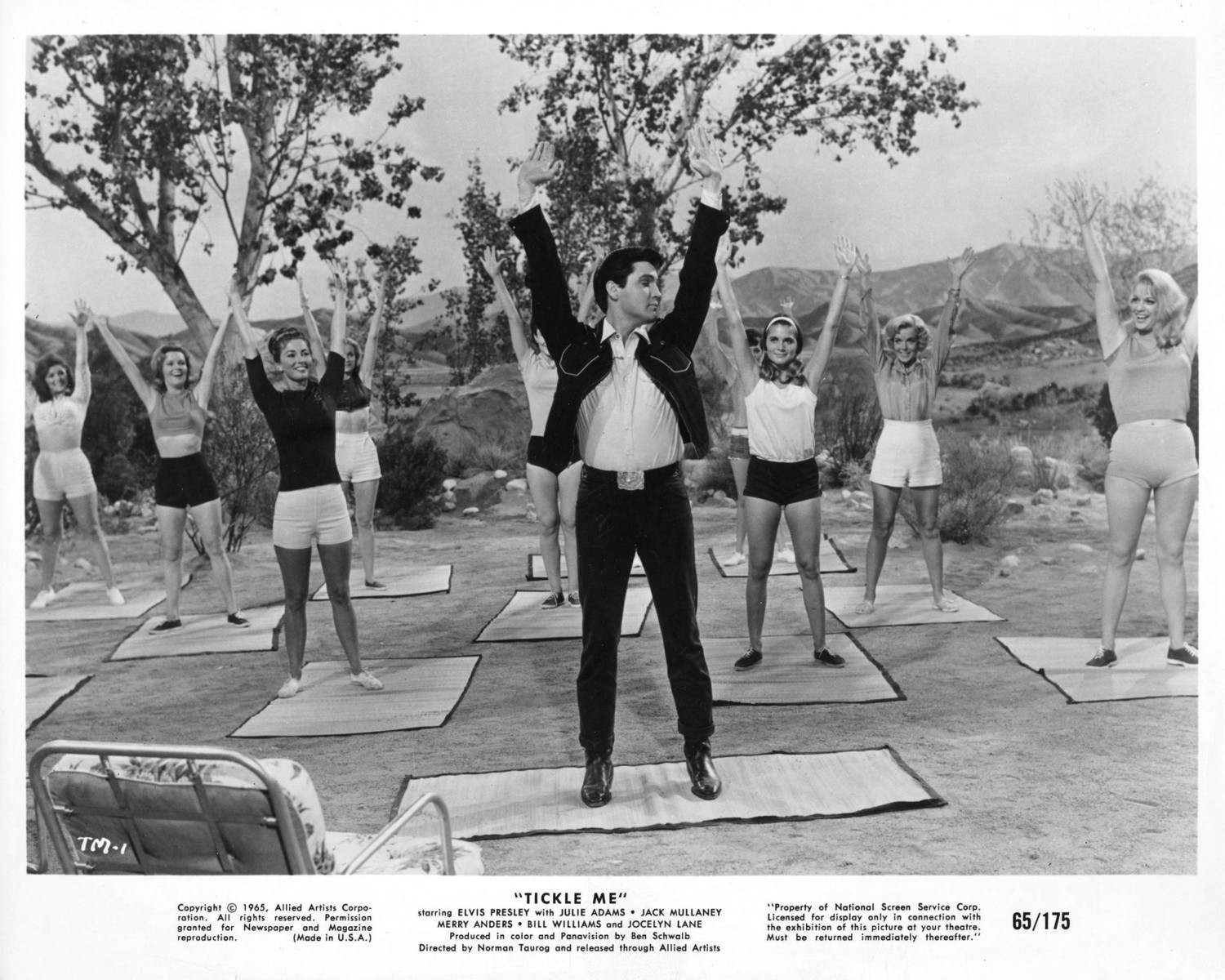 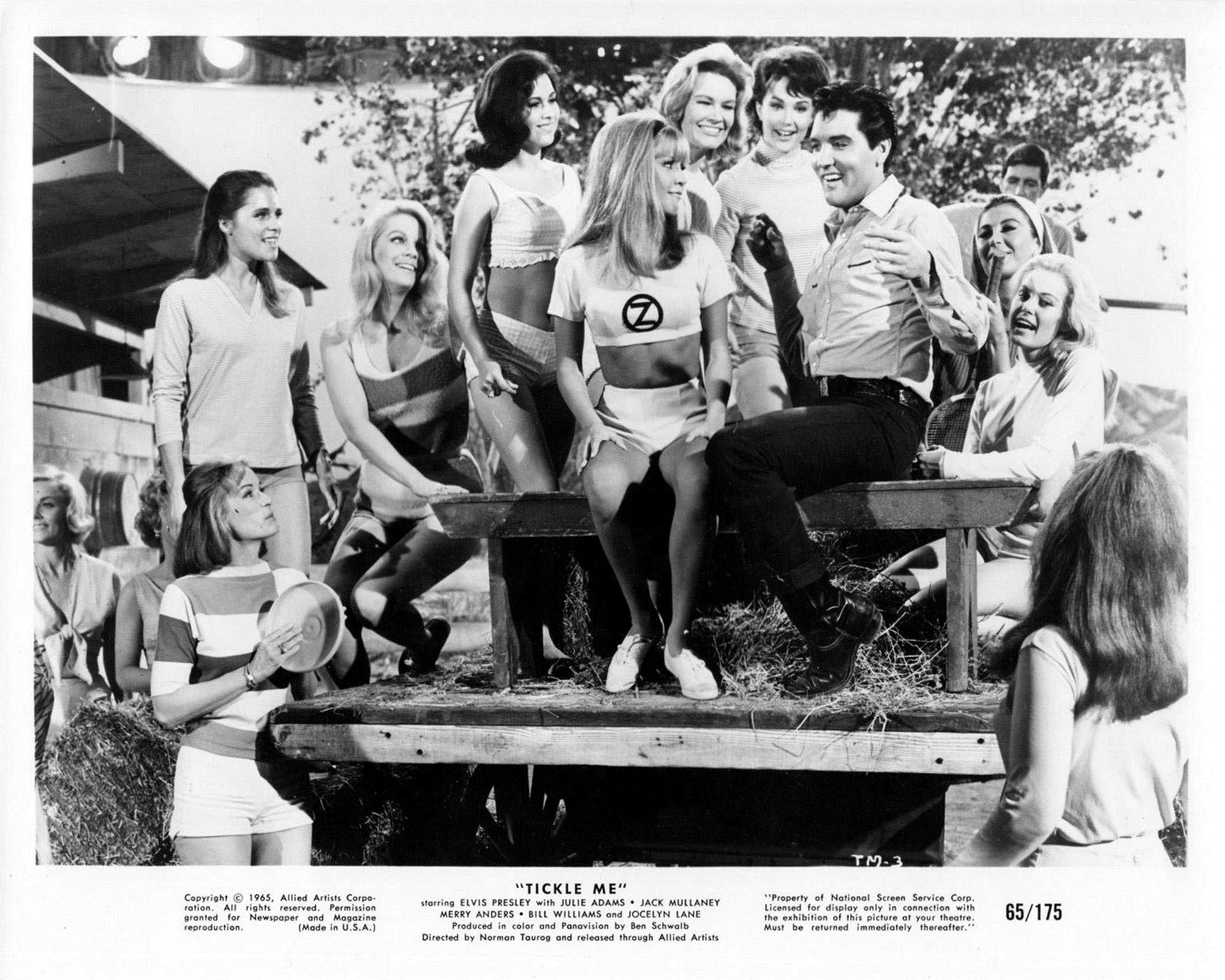 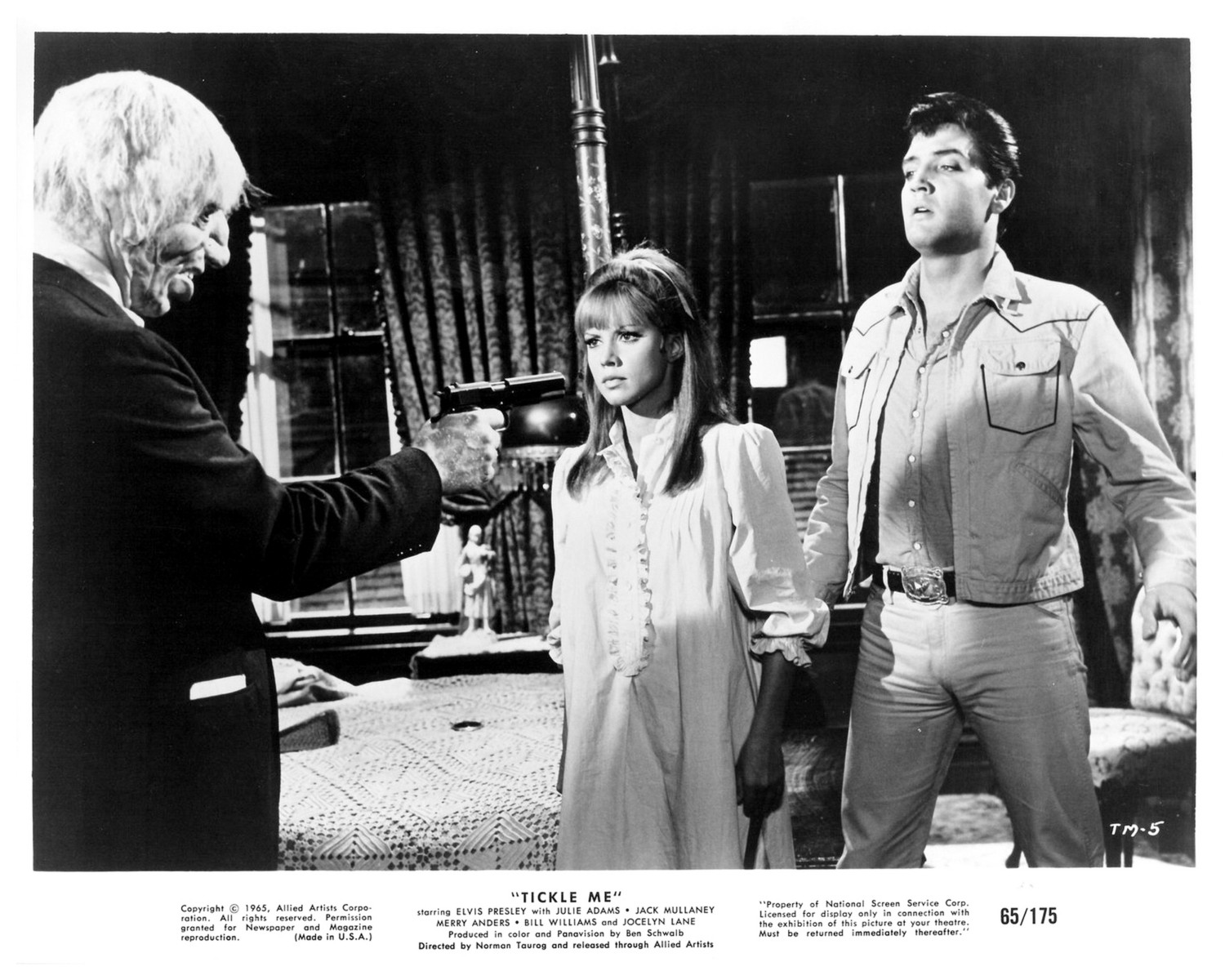 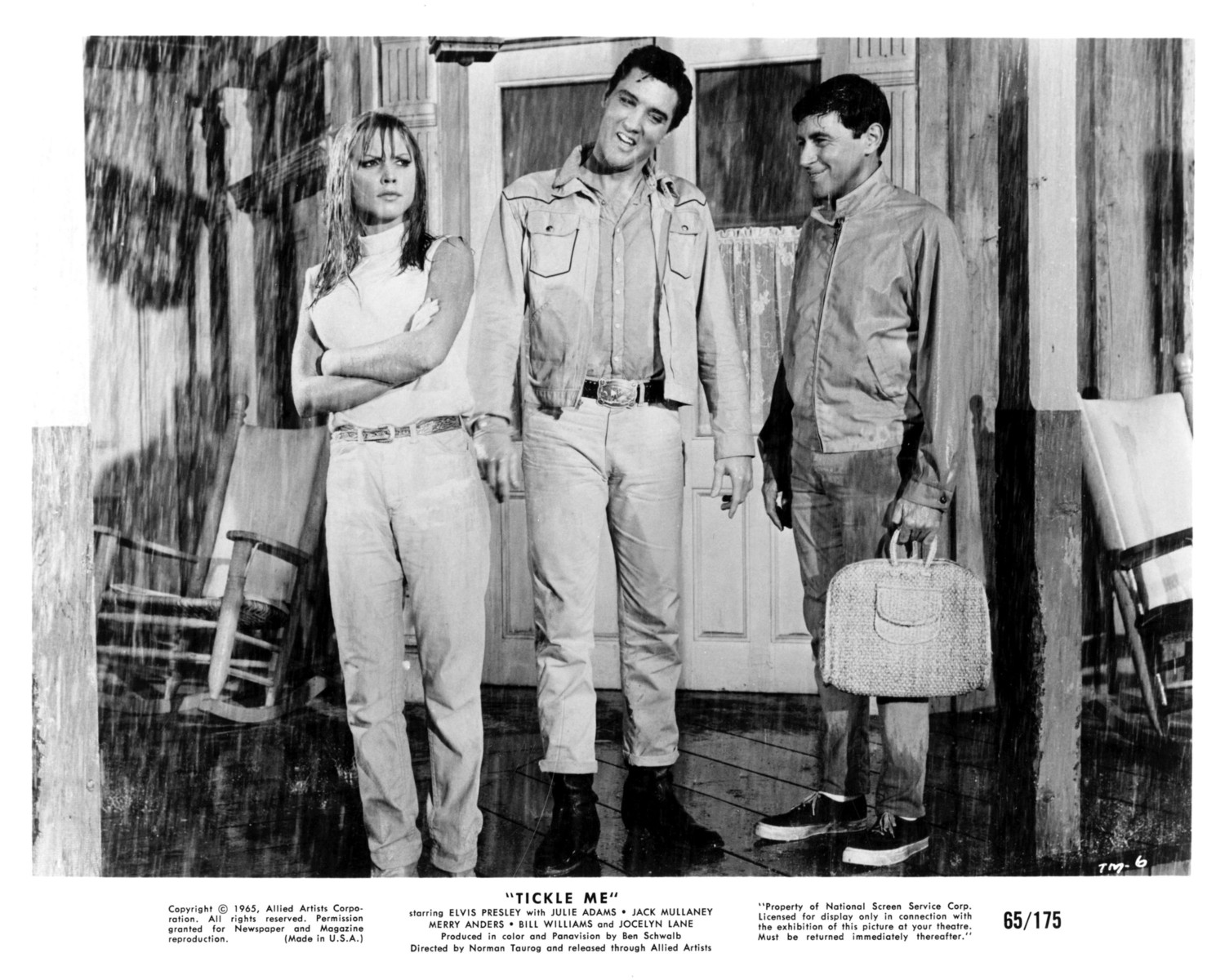 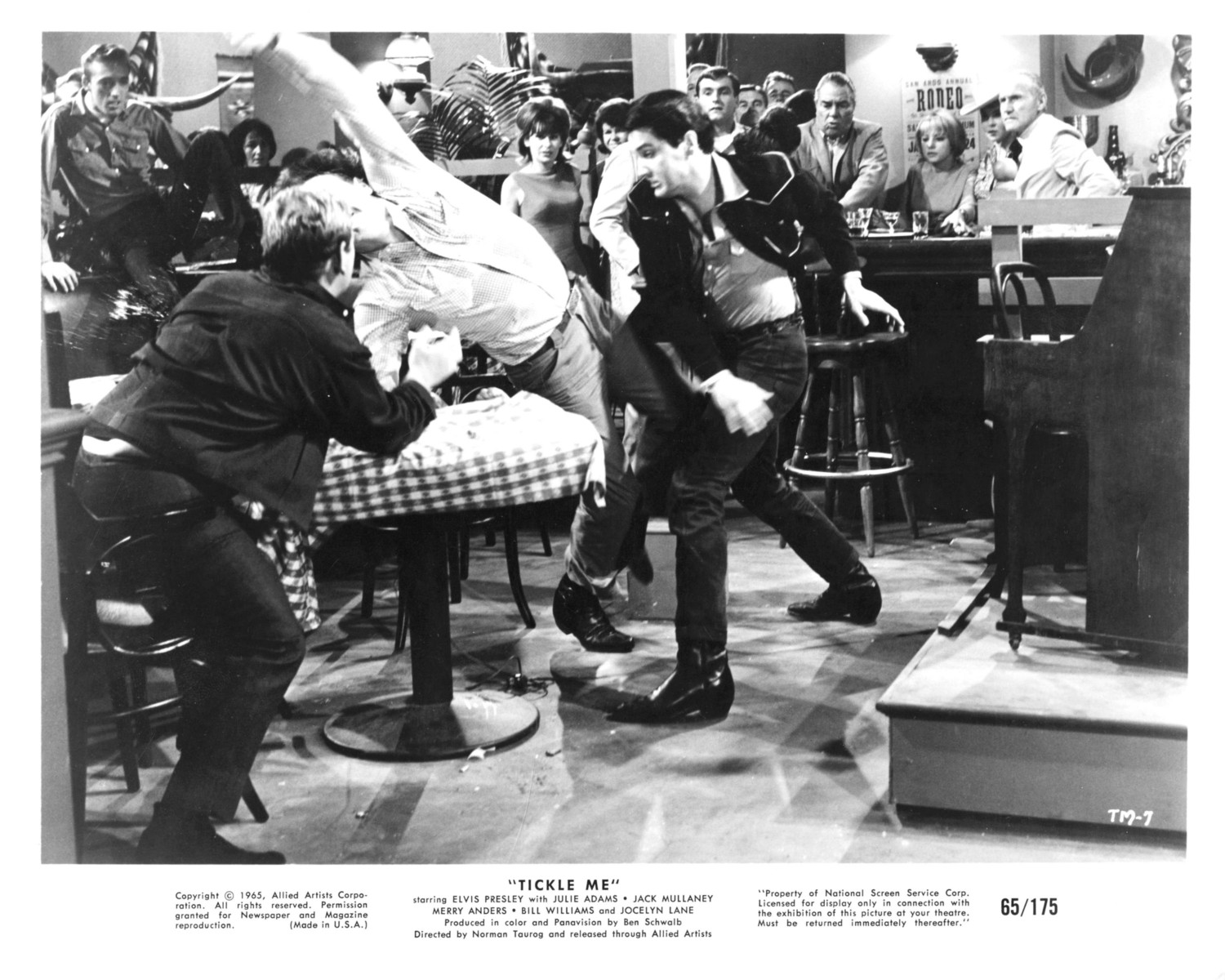 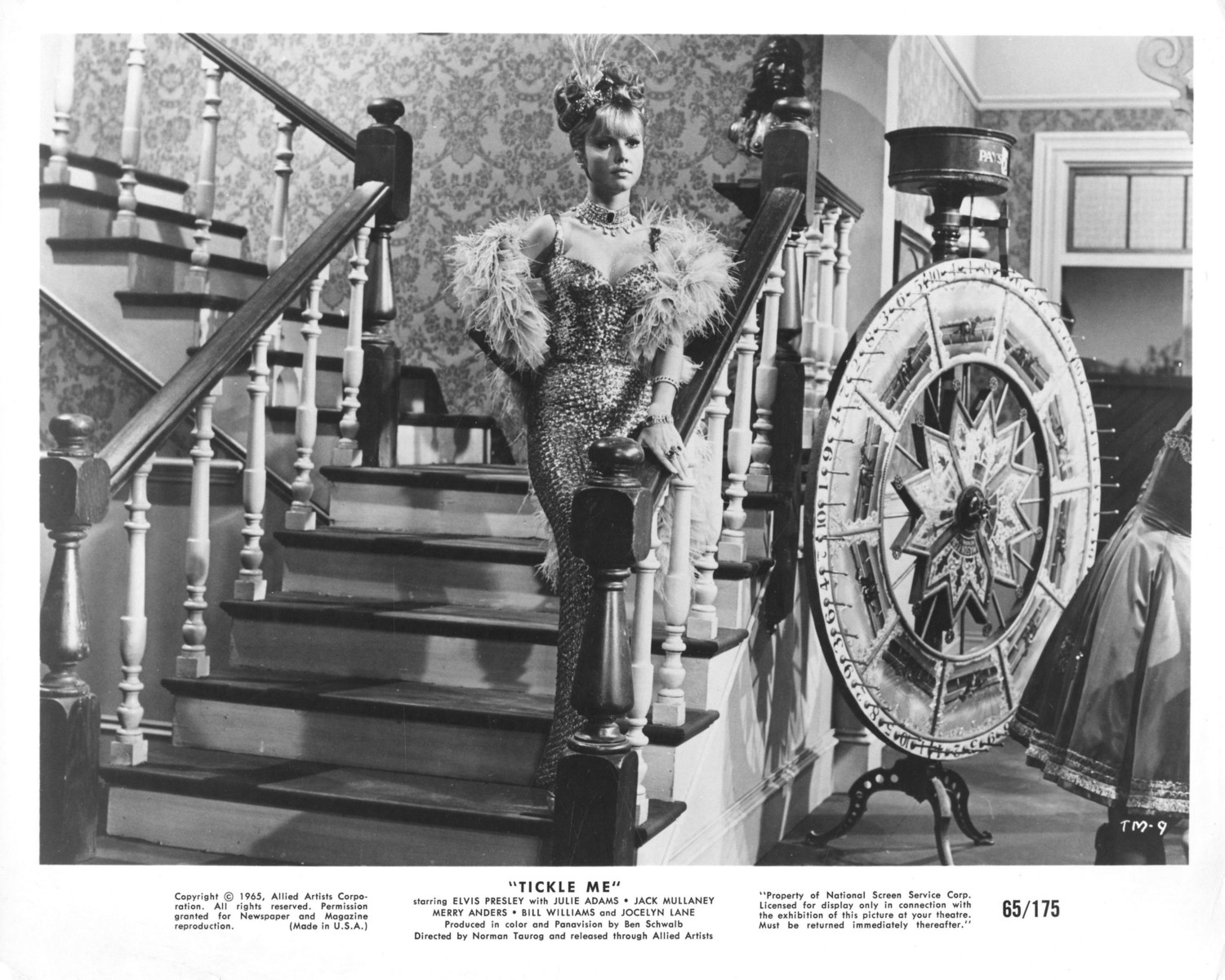 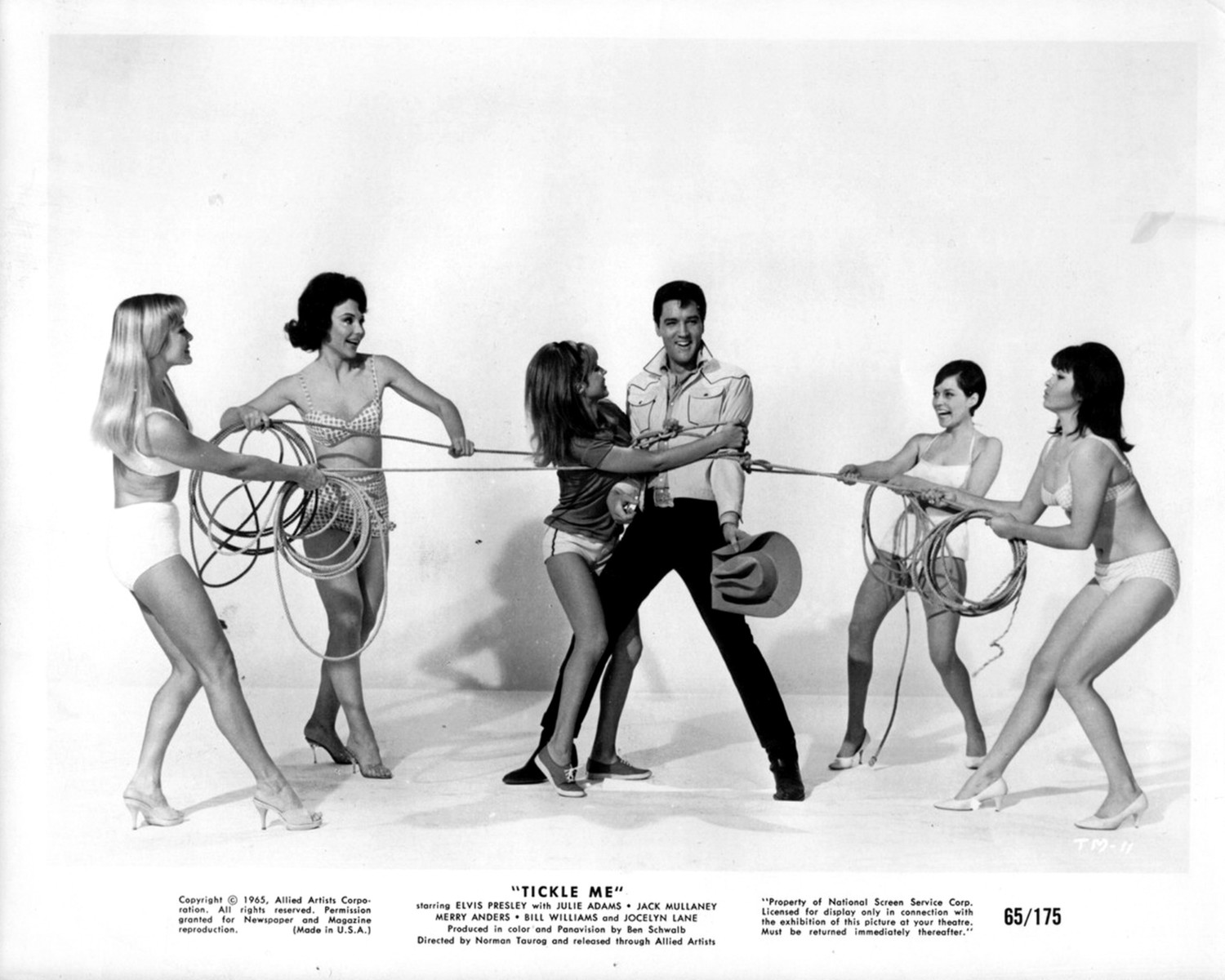 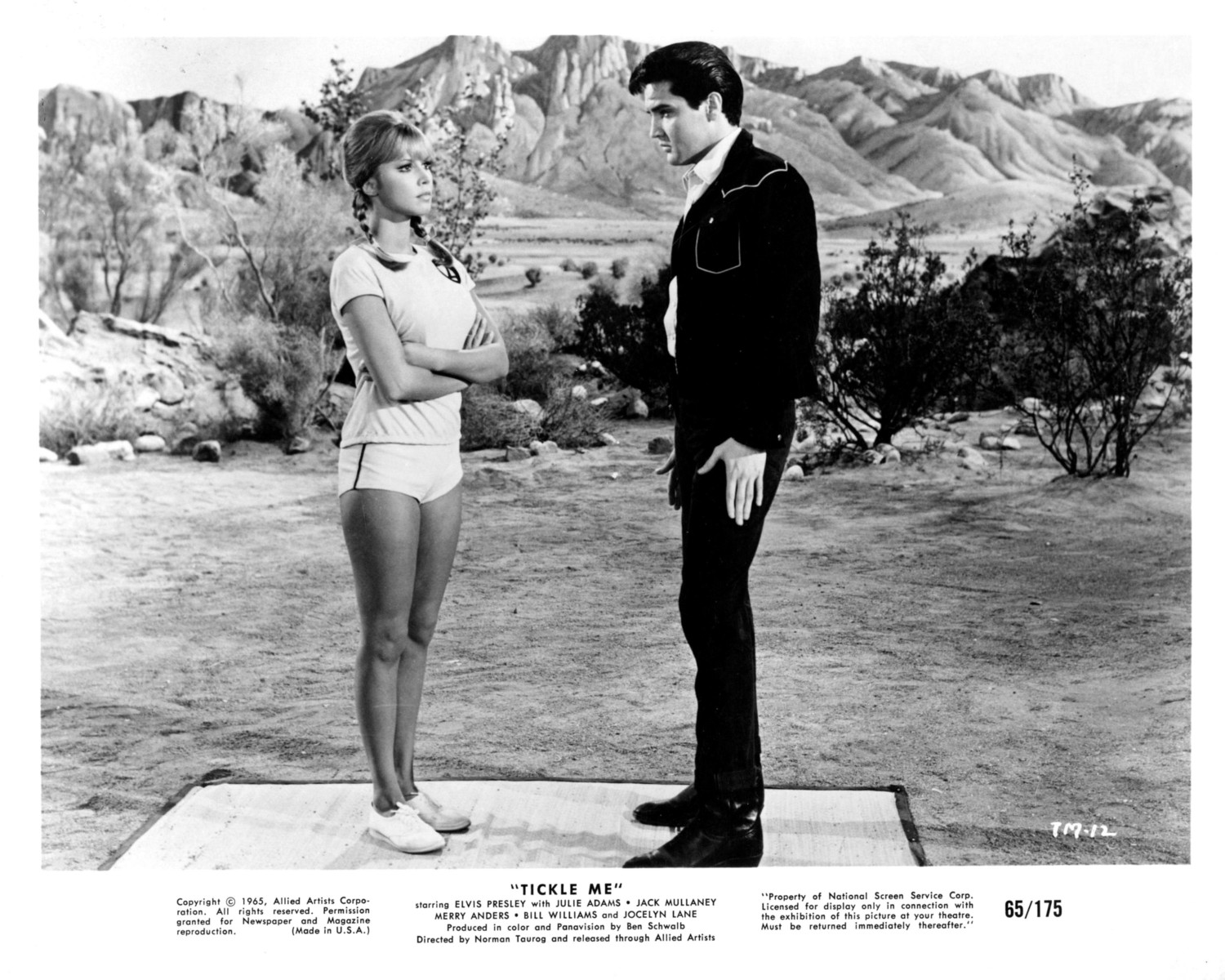 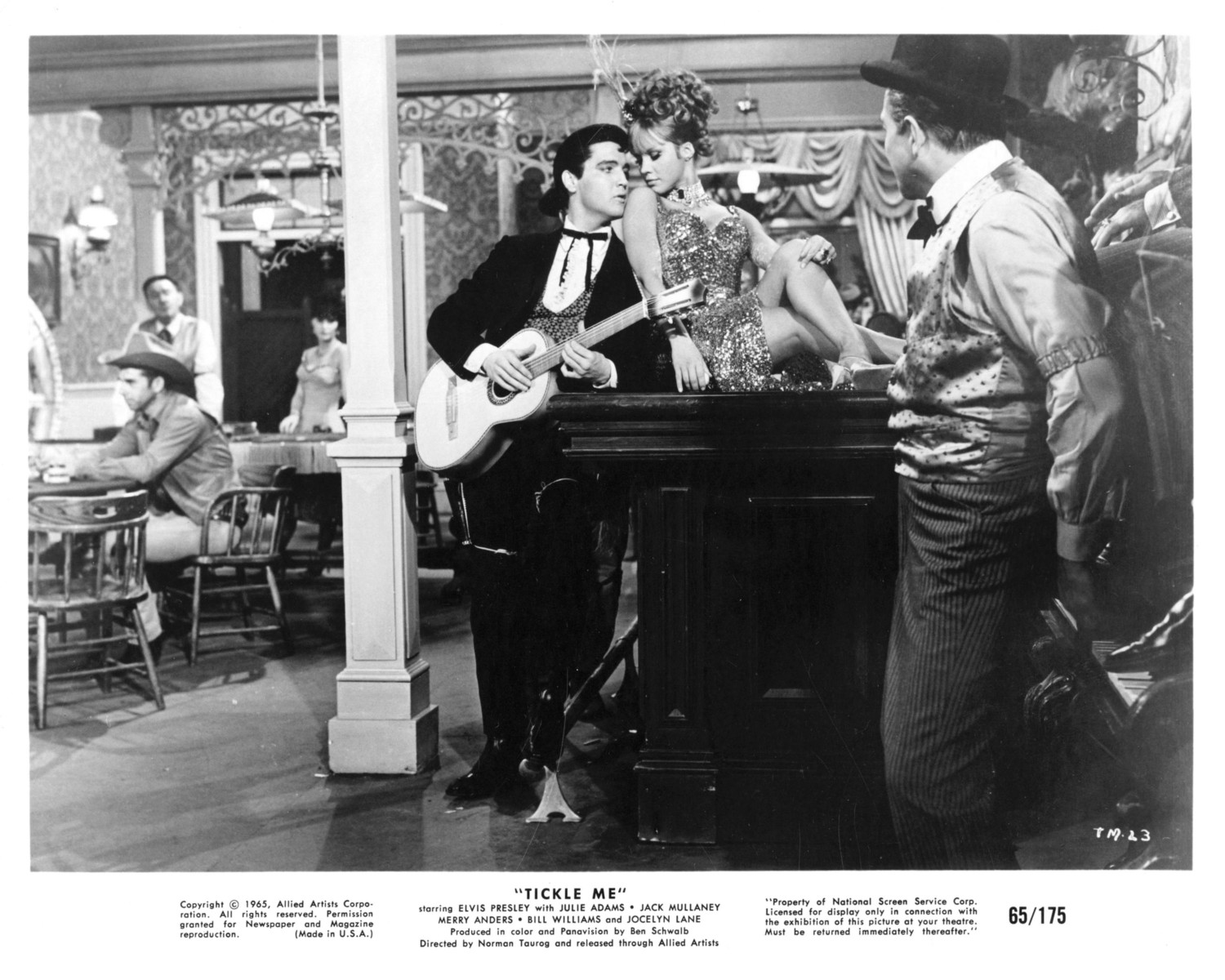 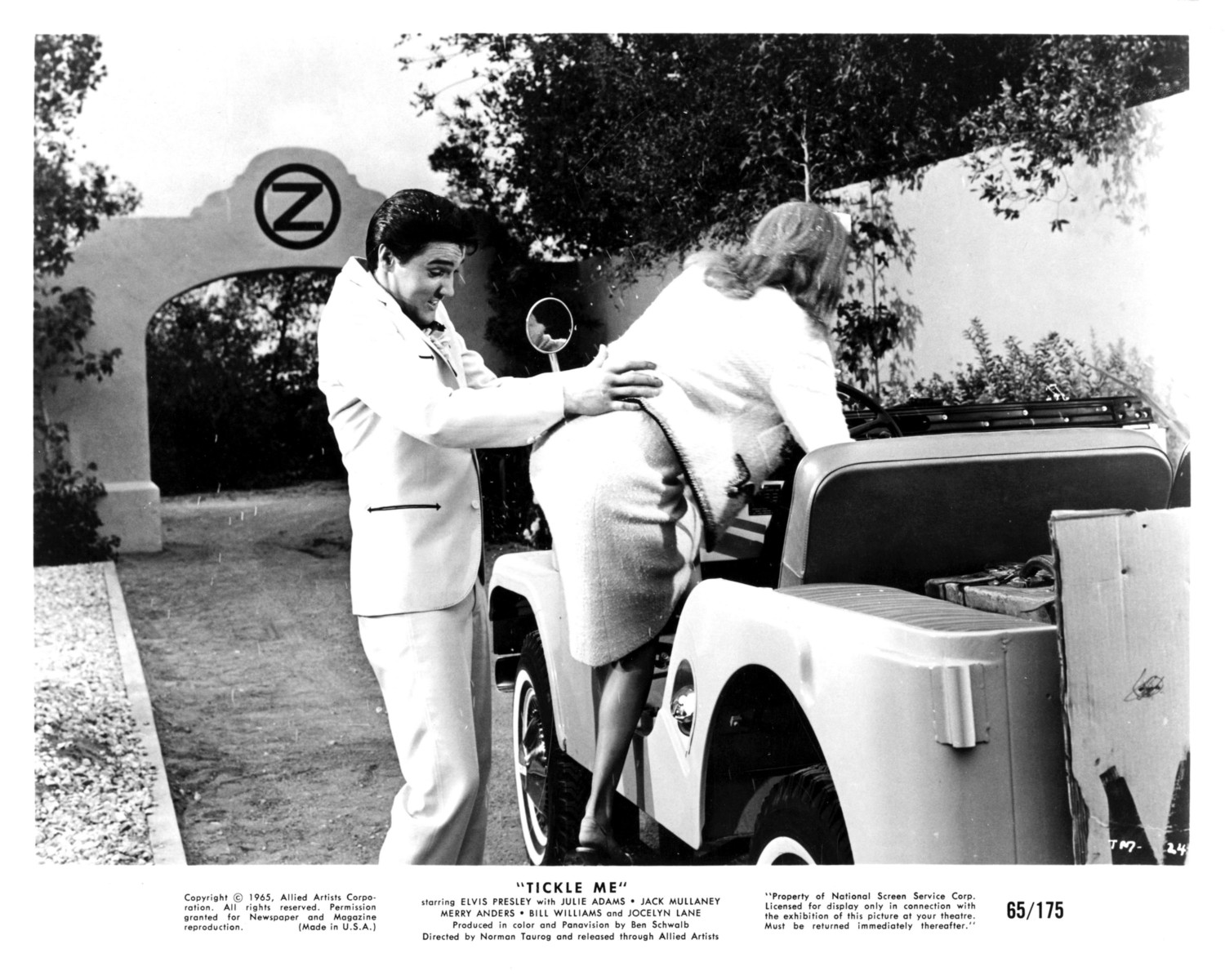 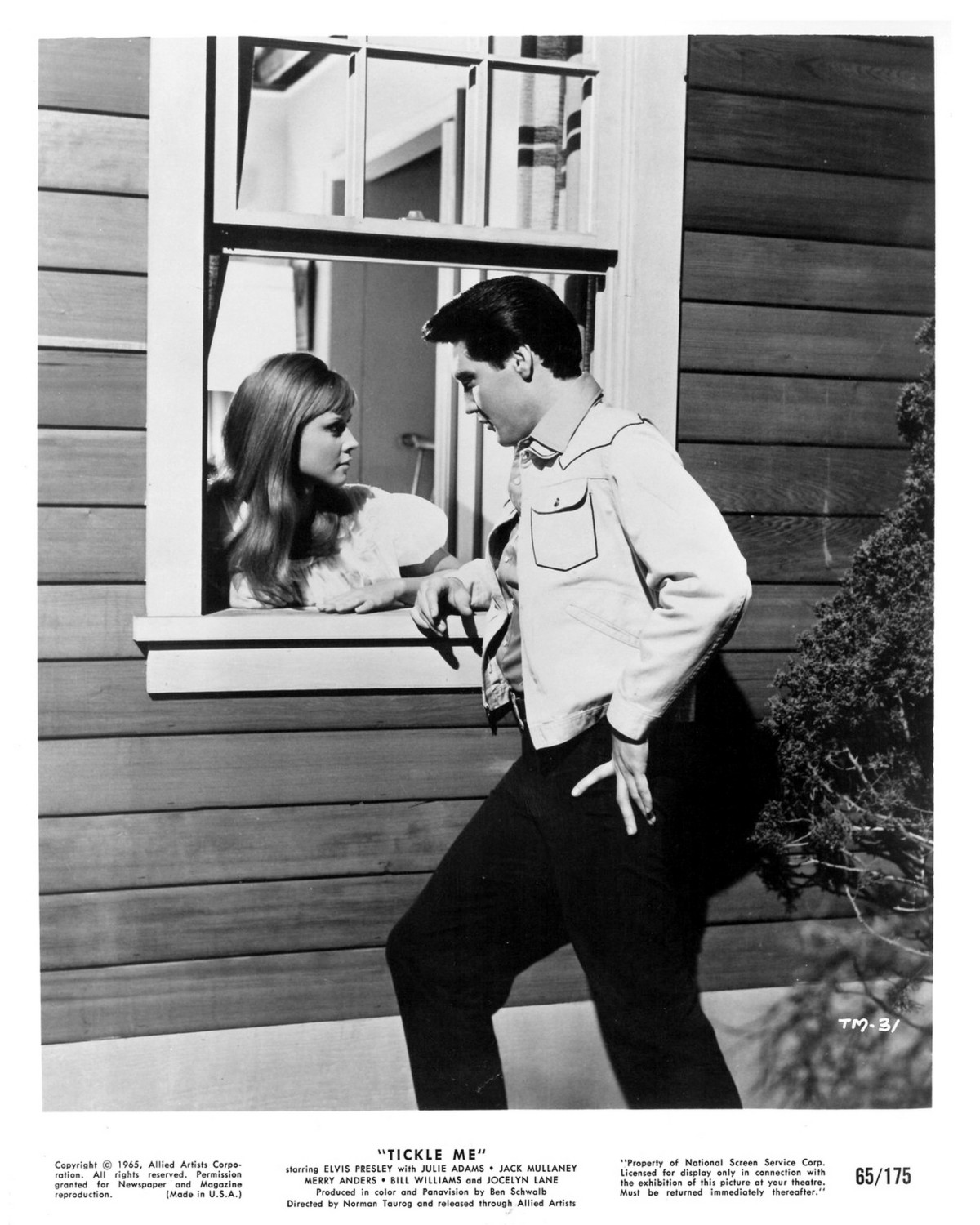 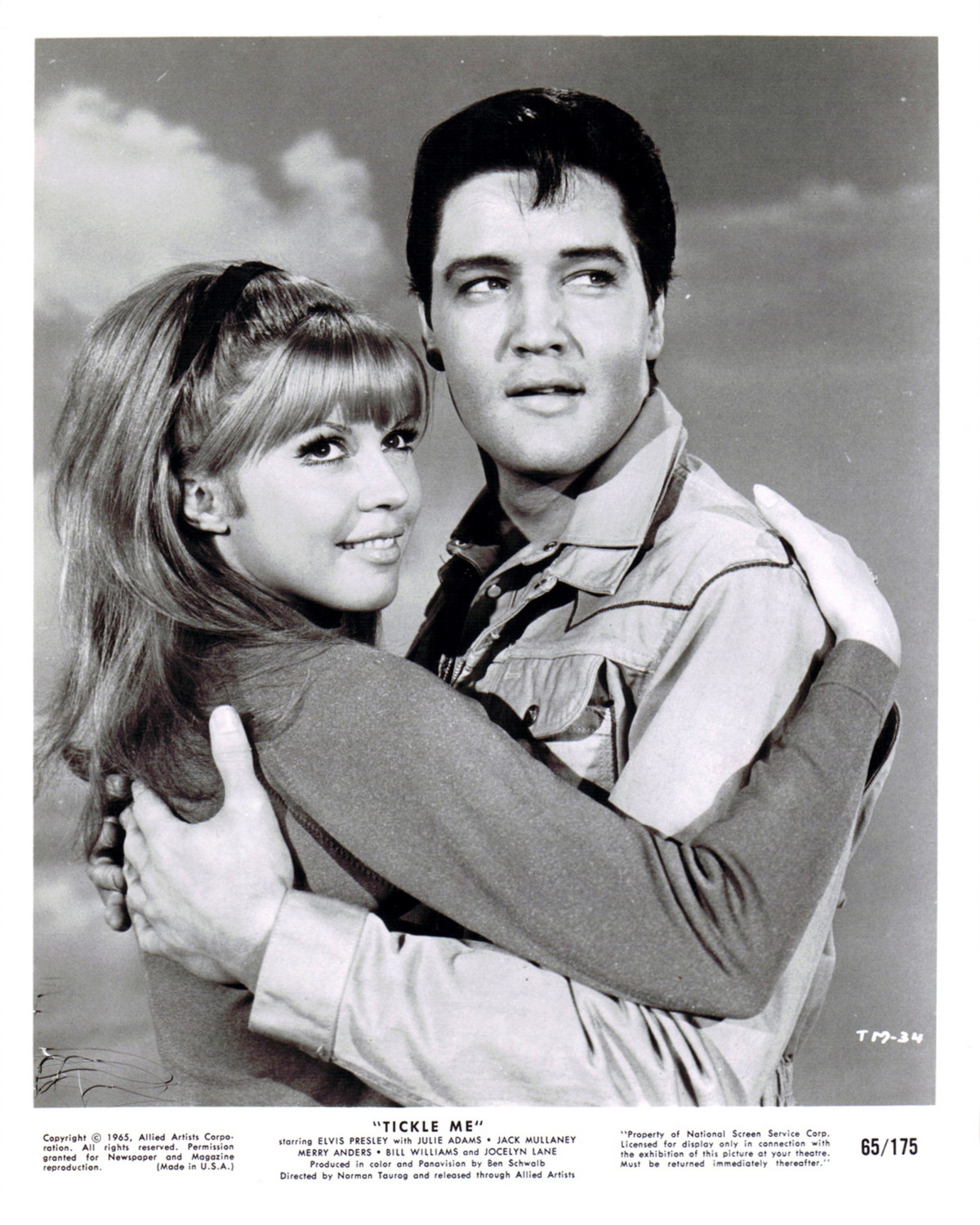