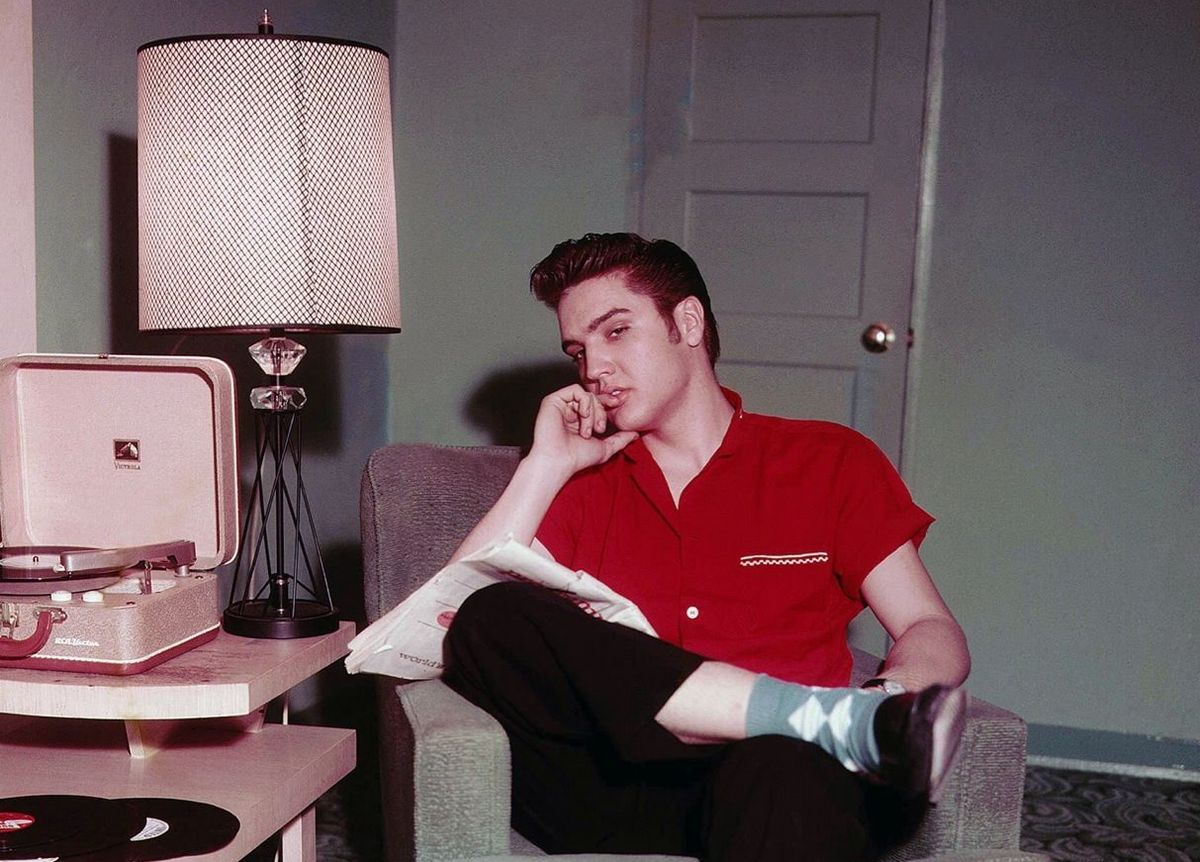 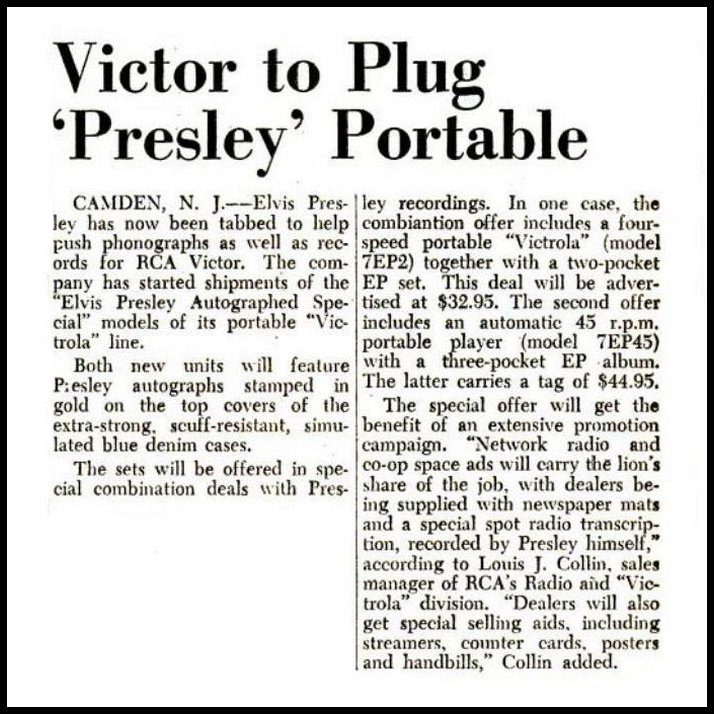 In November of 1956 RCA Victor felt the time was right for every Elvis fan to have their own Elvis Presley record player!
And not just one, but two different models were on offer! 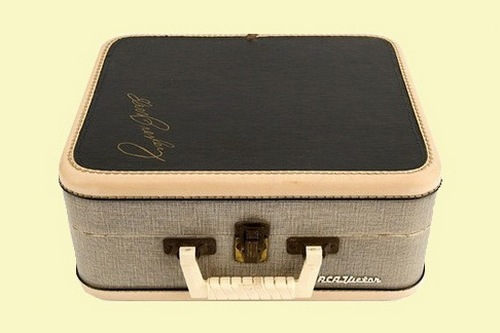 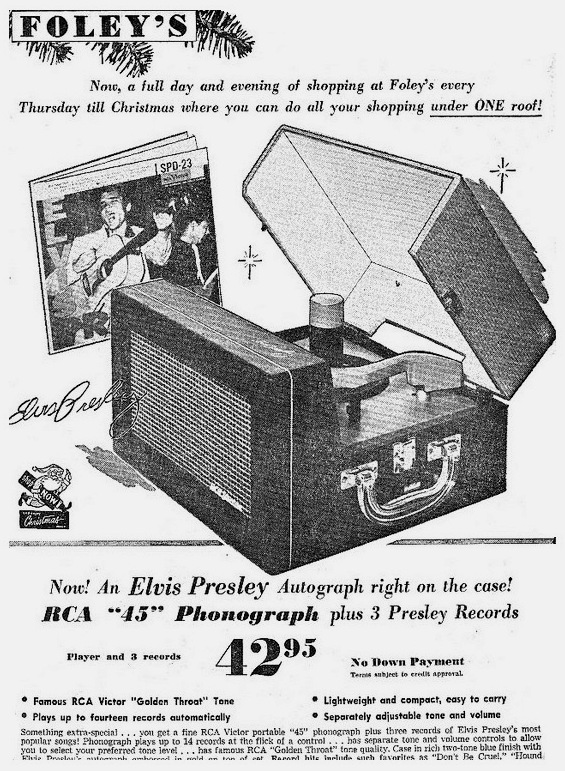 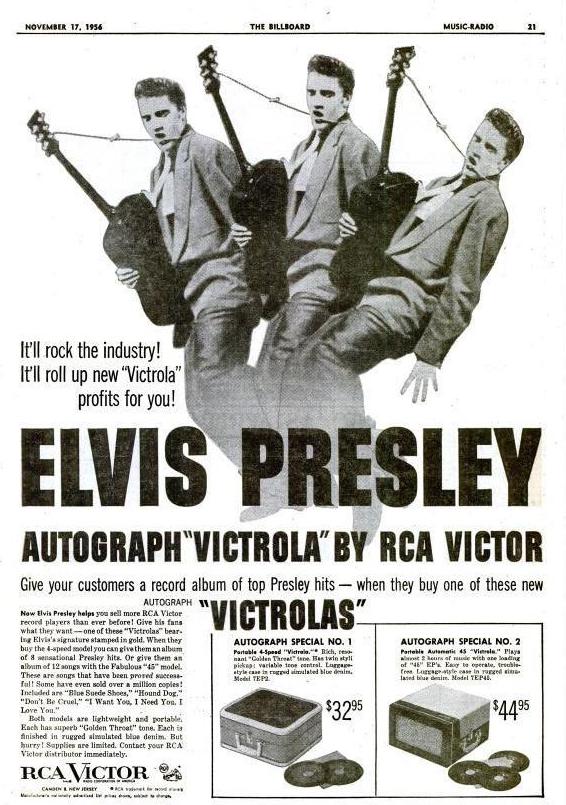 A couple of full-page ads for the Victrola’s:

LEFT:
From the Foley’s department store in Houston, TX. 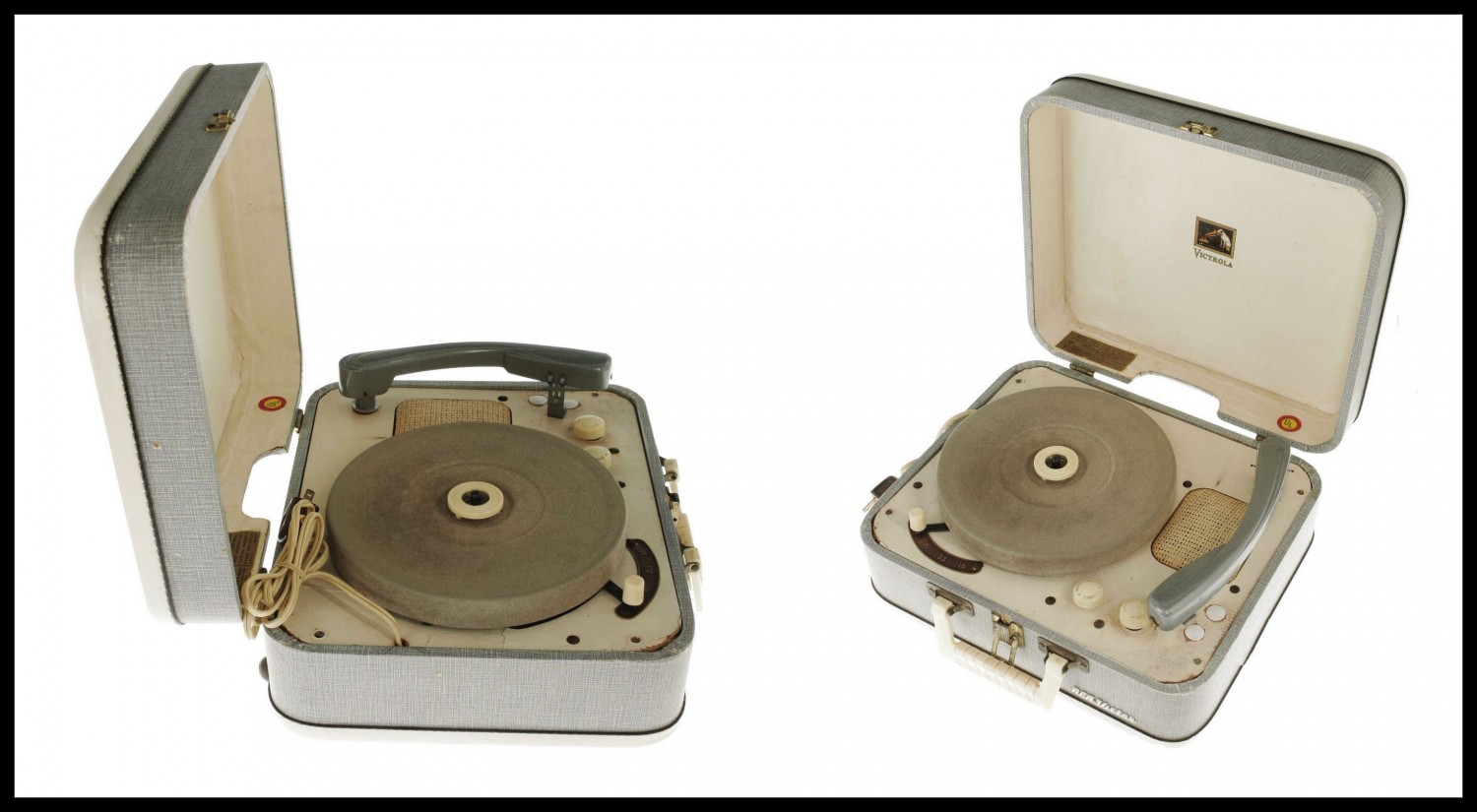 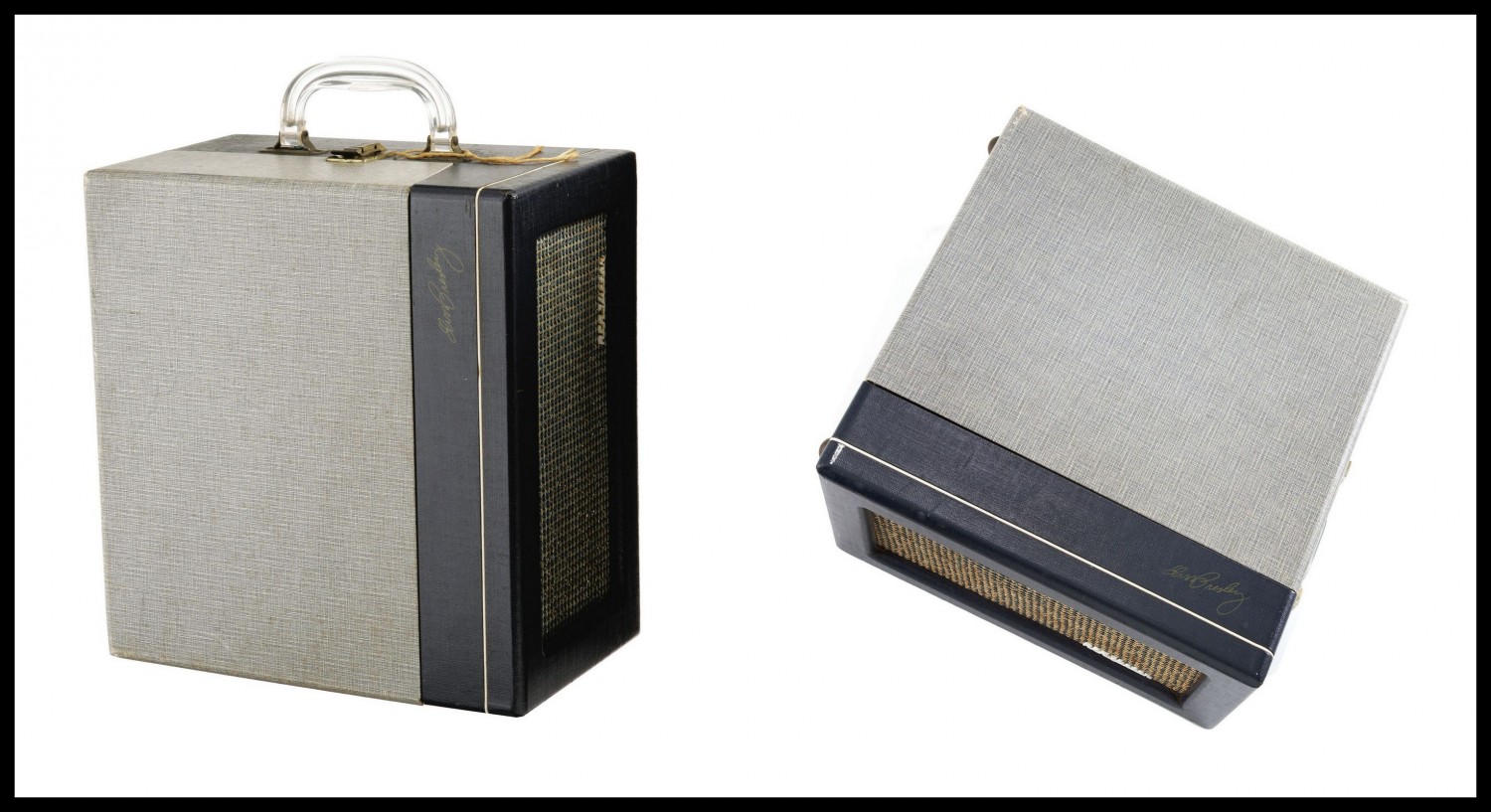 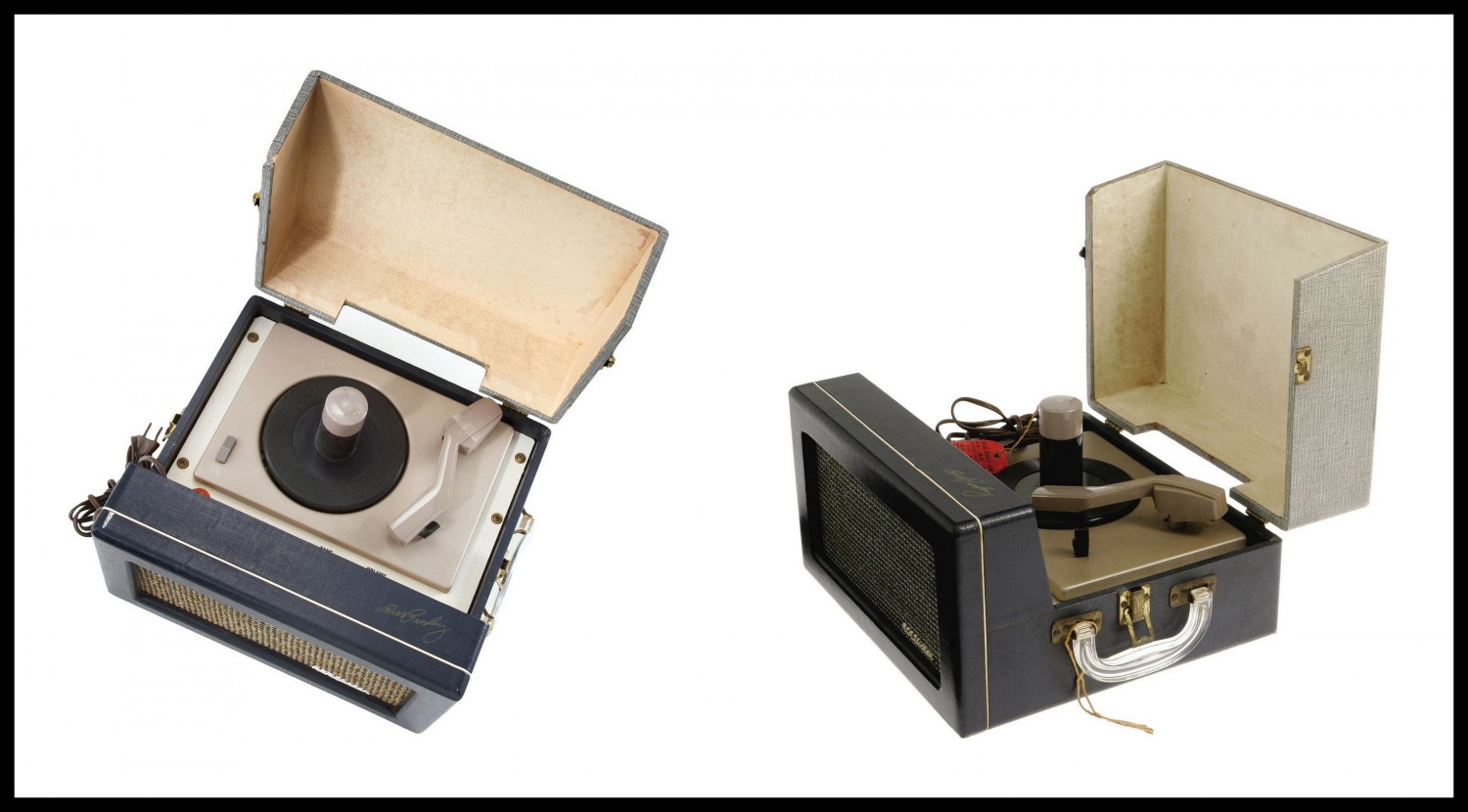 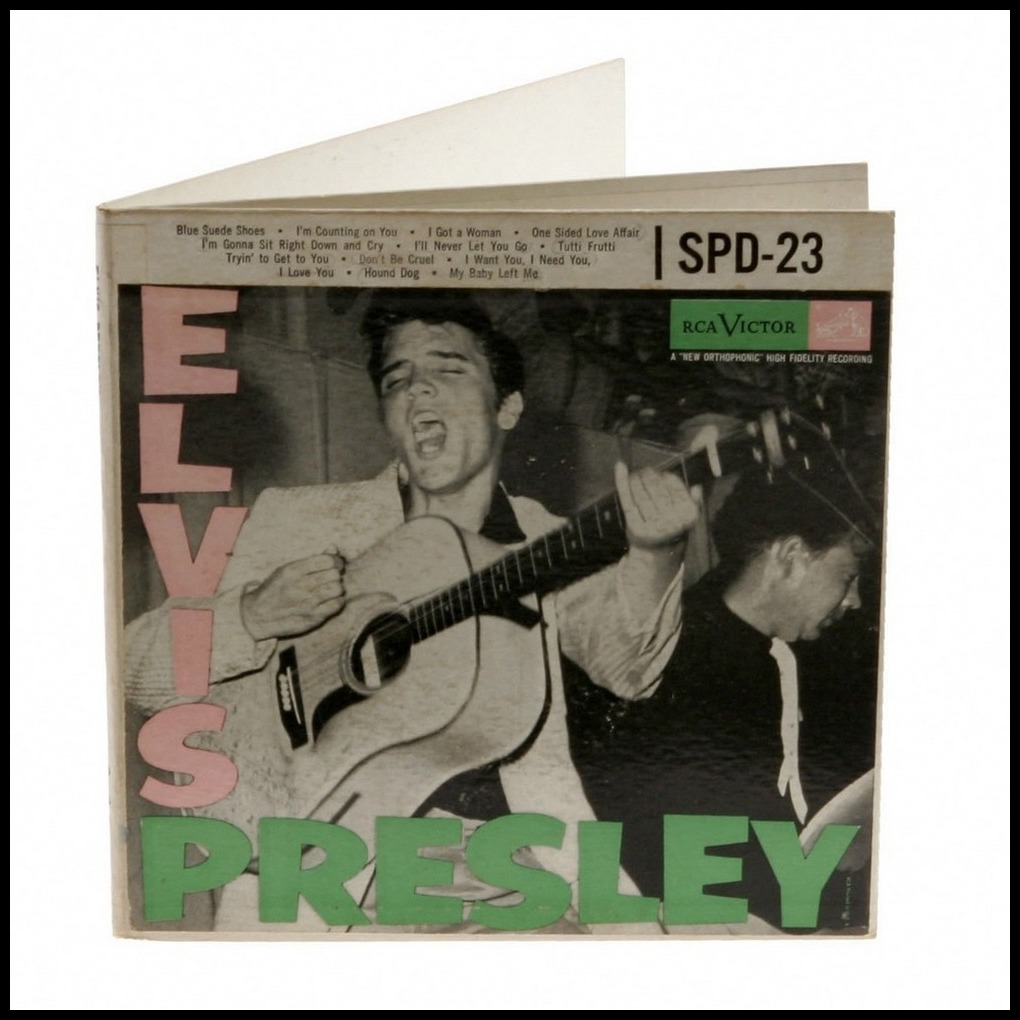 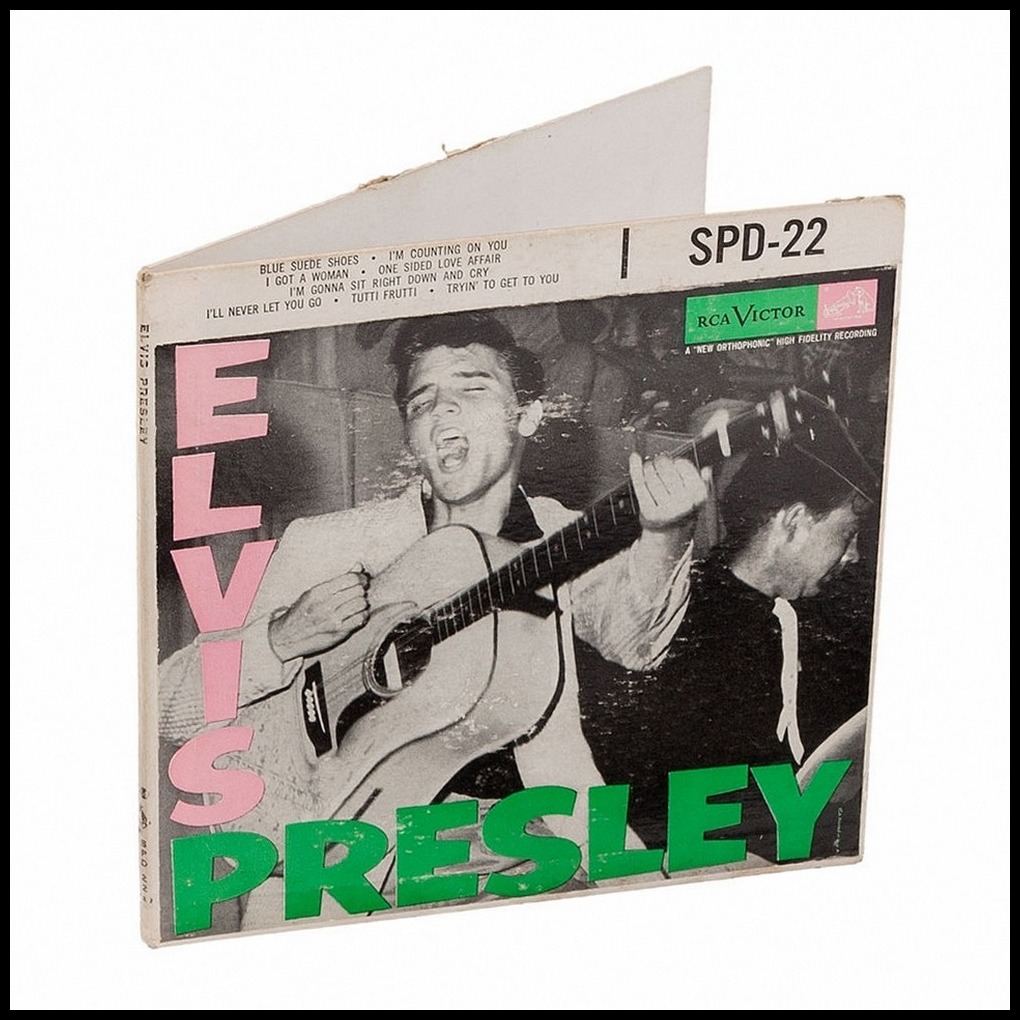 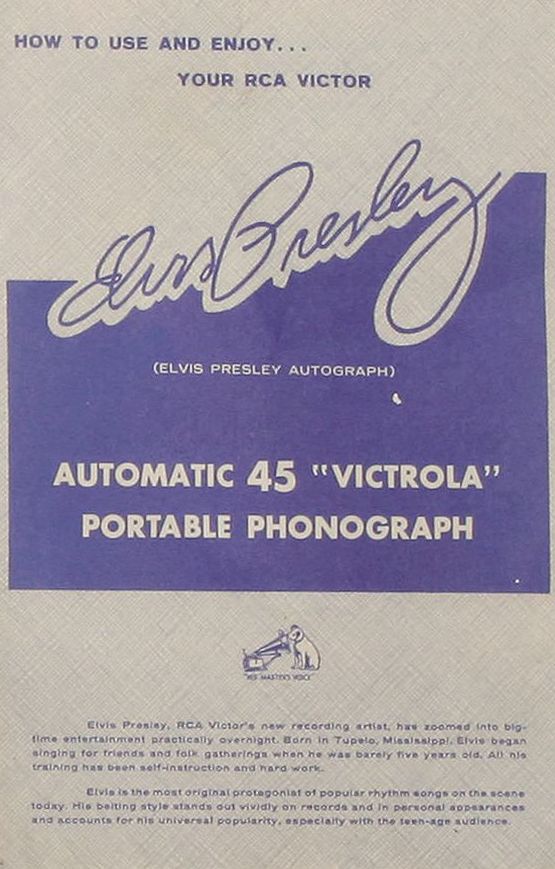 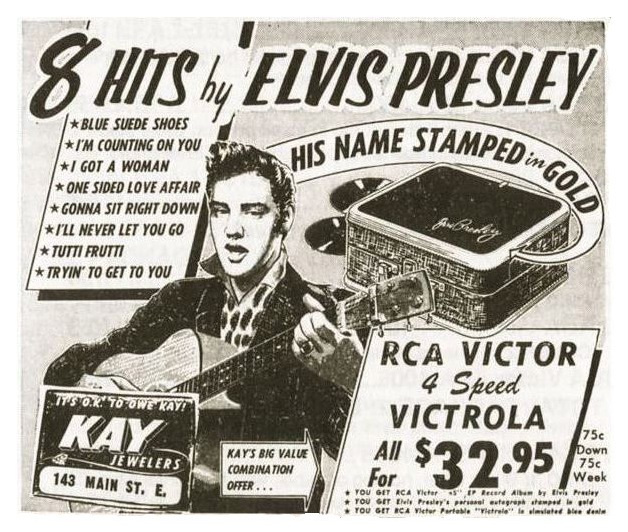 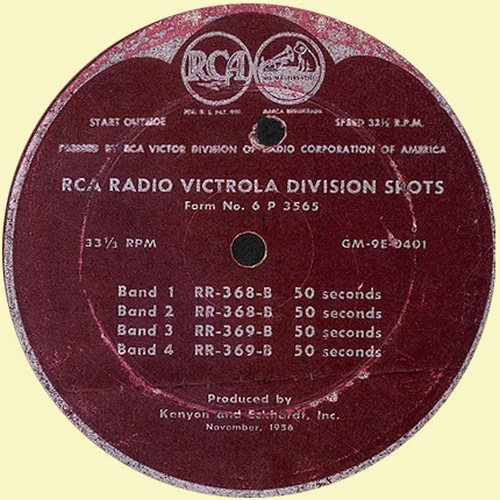 RCA RADIO VICTROLA DIVISION SPOTS
For radio promotion RCA had asked Elvis to record two spoken messages for his fans, telling them how wonderful these new Victrola record players were. Snippets of his hits can be heard in between the talking. This promo was a one sided pressing playing at 33 1/3 speed.
It’s possibly the rarest of all RCA promo releases. 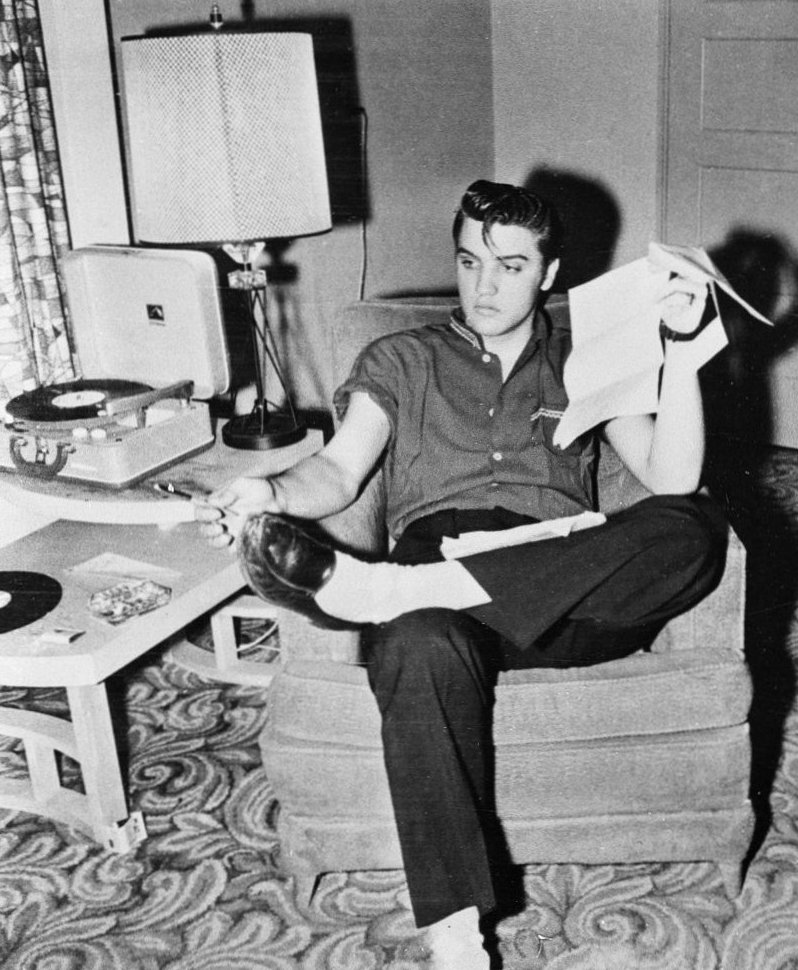 Elvis himselvis can be seen in quite a few photographs listening to the 4-Speed
Victrola model. He even took one with him to Germany, in ’58. 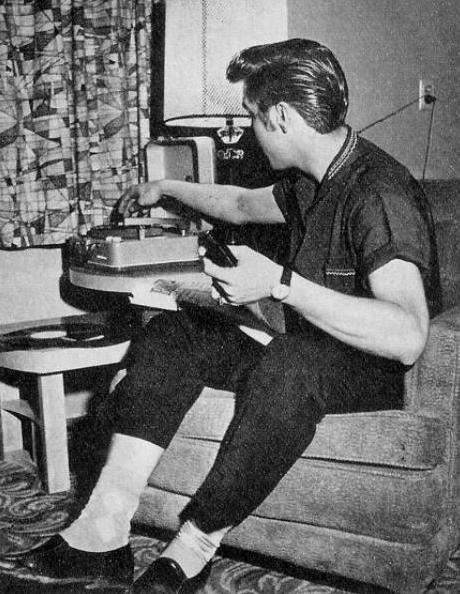 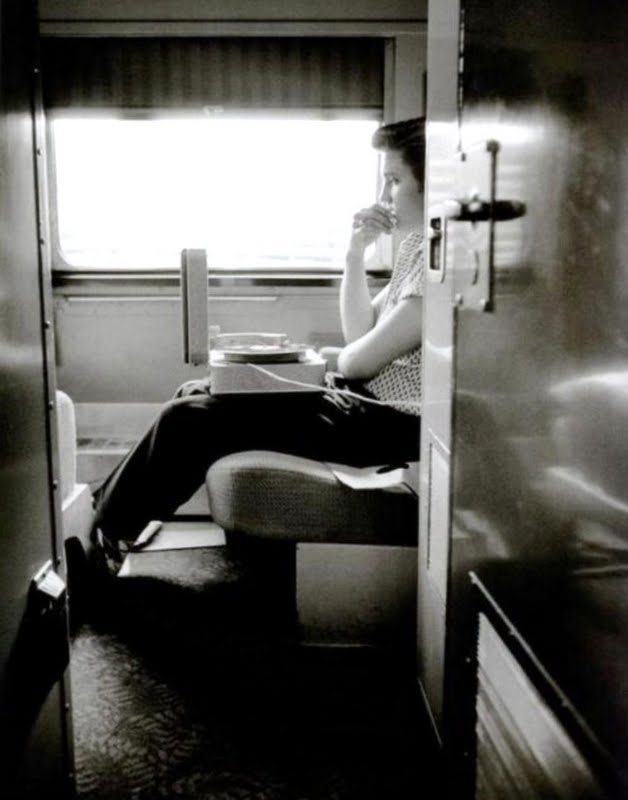 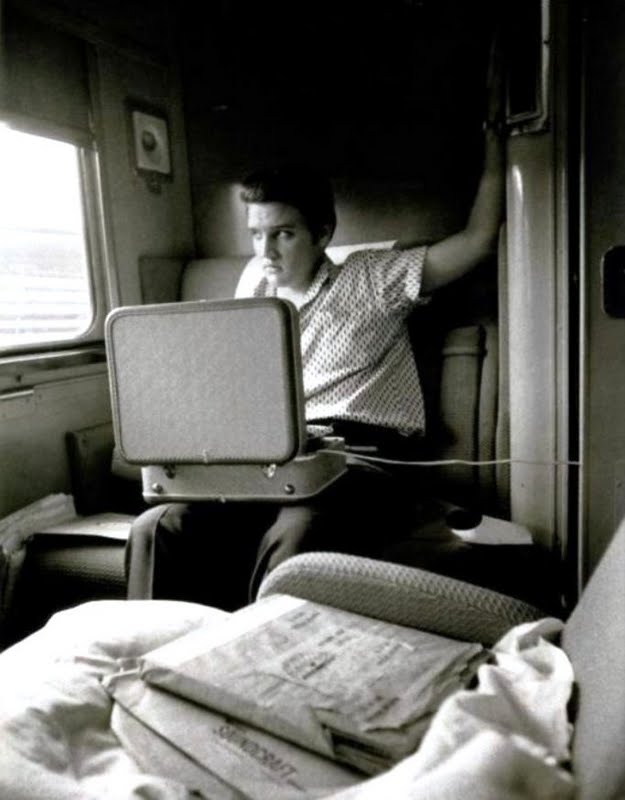 Had he wanted to, he could have even made use of the 1956 Elvis Presley Record Case to store his favourite 45’s as well. 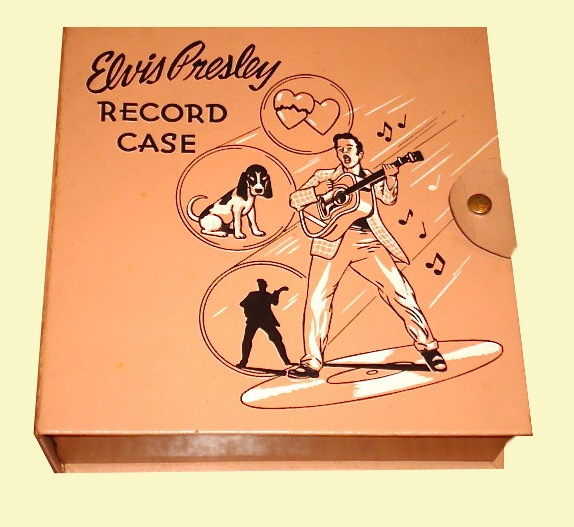 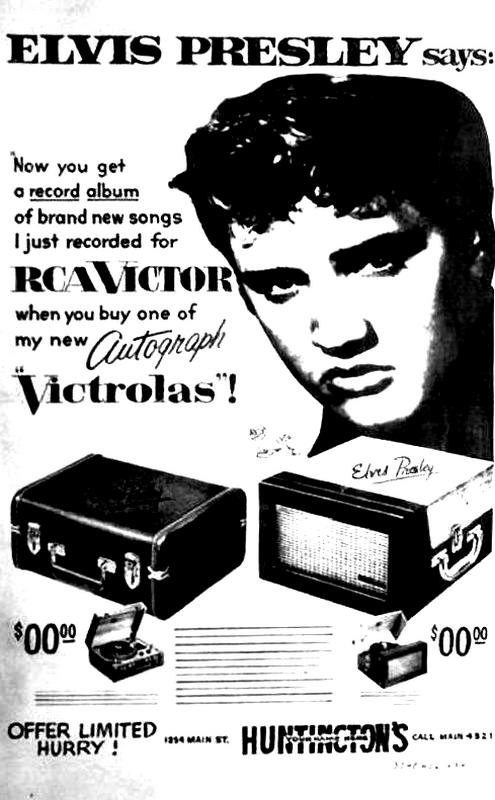 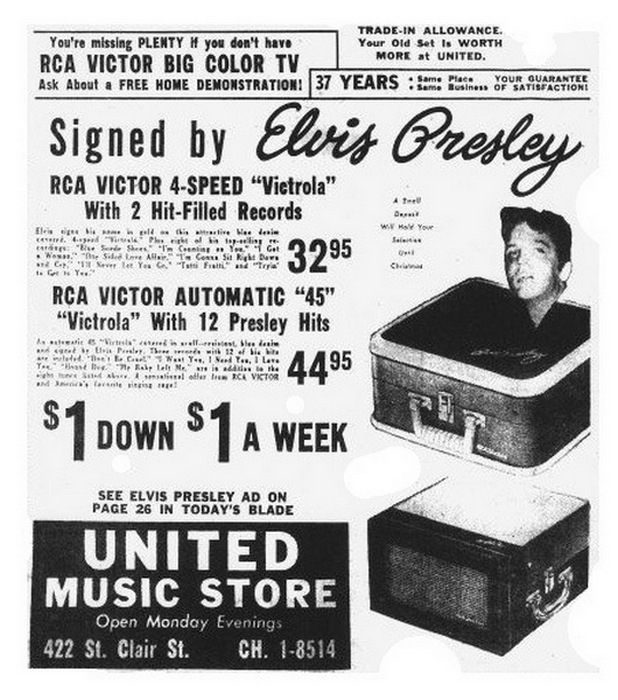 Here we have more of those rare vintage advertisements for the Elvis Presley phonographs! 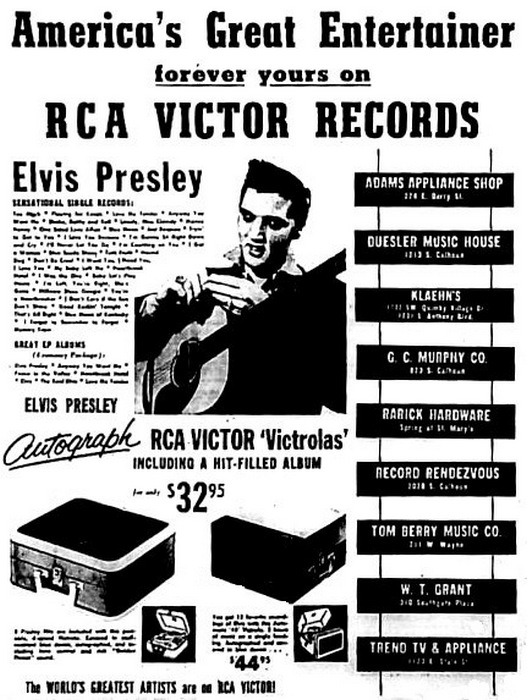 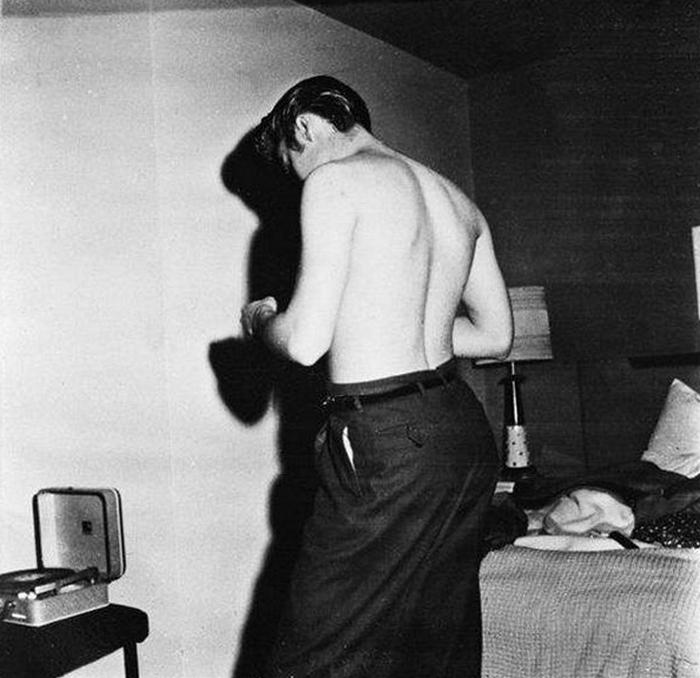 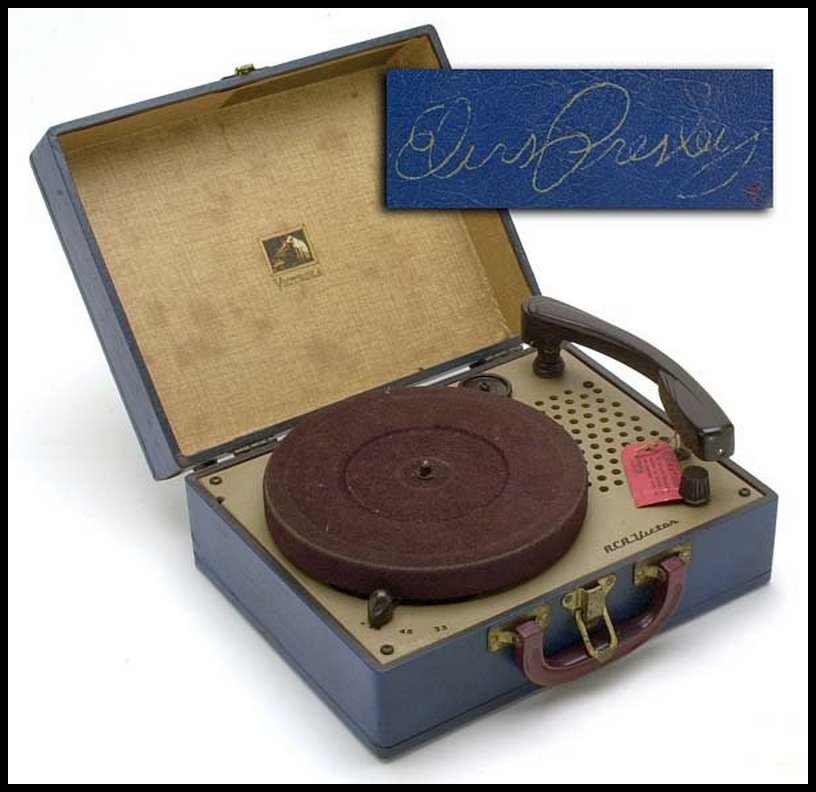 ELVIS PORTABLE VICTROLA FROM BRITAIN!
We’d never heard of its existence before, let alone seen one! But the photo proves there was an Elvis Presley RCA Victor ‘Victrola’ portable record player, with his name engraved on the lid made for the teenager-market in Great Britain, back in the 1950s! Just how rare is that?!
No other information available at current. 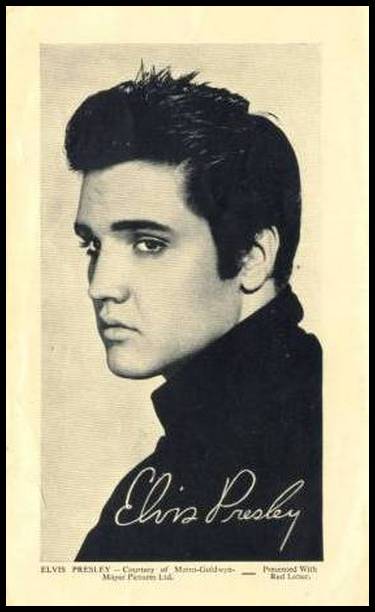