Welcome to the 2nd Newsletter (and our 3rd installment in this series) of The Official Elvis Presley Fan Club of Great Britain and the Commonwealth!

We once again take a trip back in time (to September of 1957 to be exact) to the days when the Fan Club was still in its infancy. It was an exciting time for an Elvis fan: the movie Loving You and its soundtrack album had only just been released!

Please enjoy this 6-paged Newsletter. And prepare yourself for the next installment (the October 1957 Journal) consisting of no less than 32 pages! 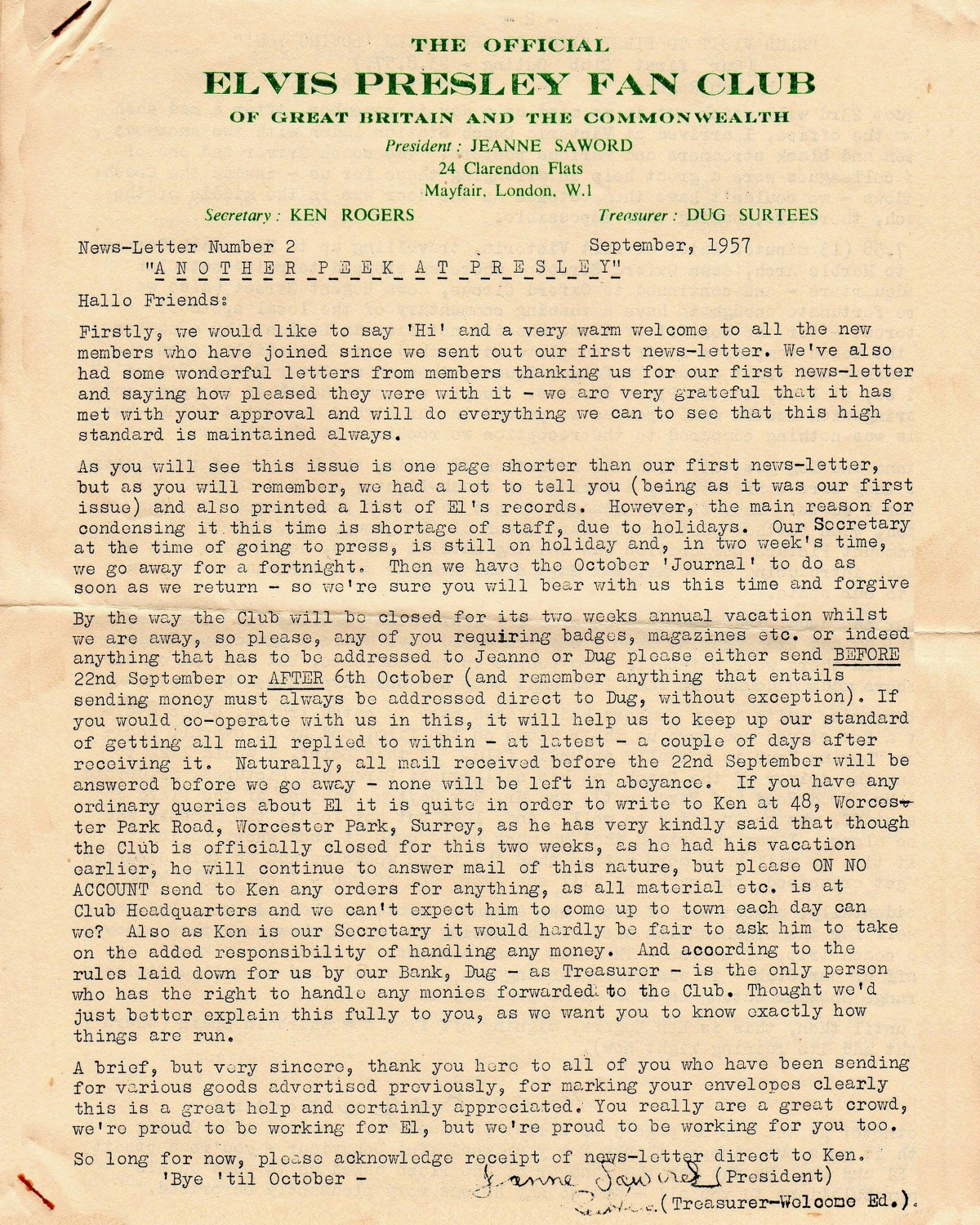 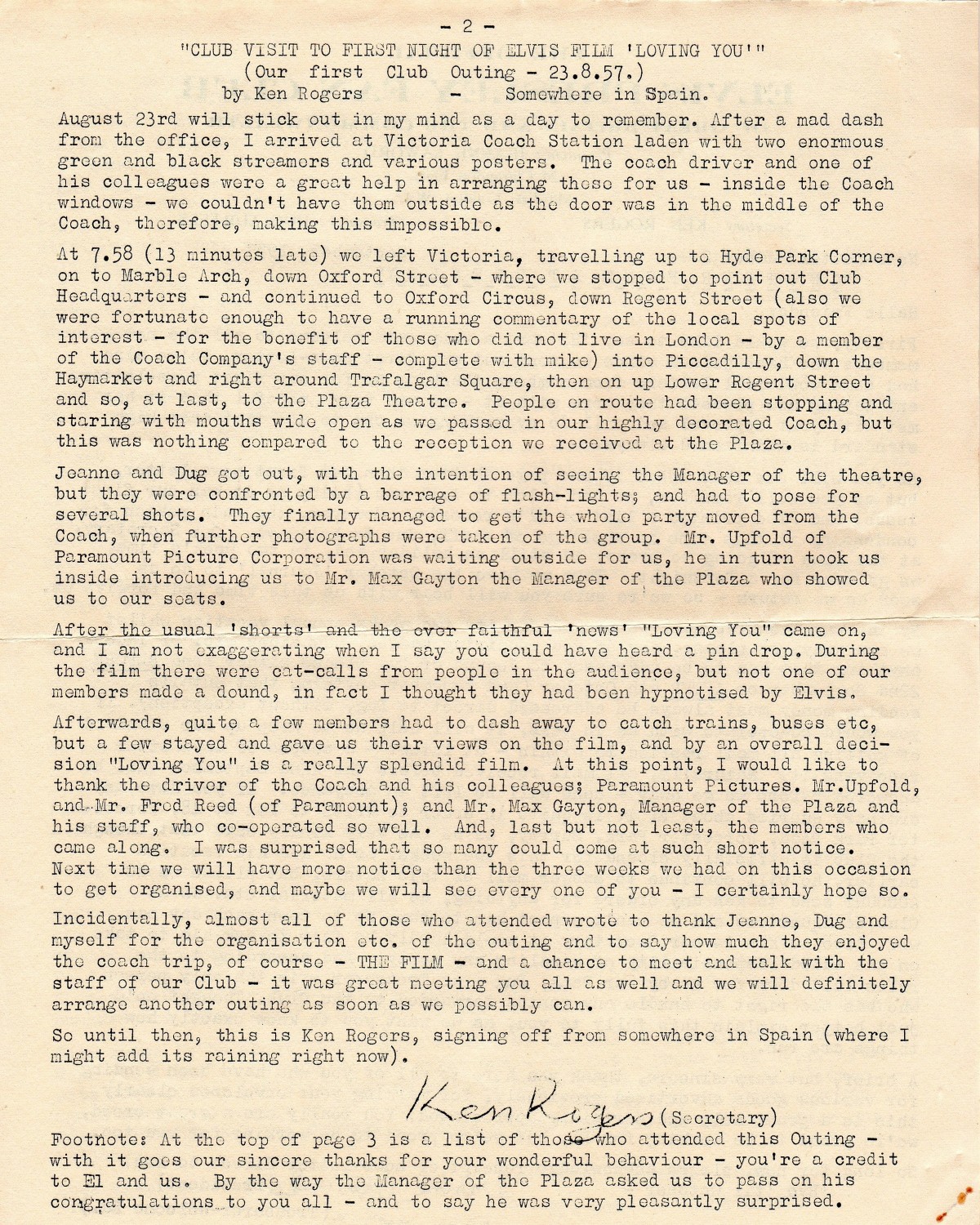 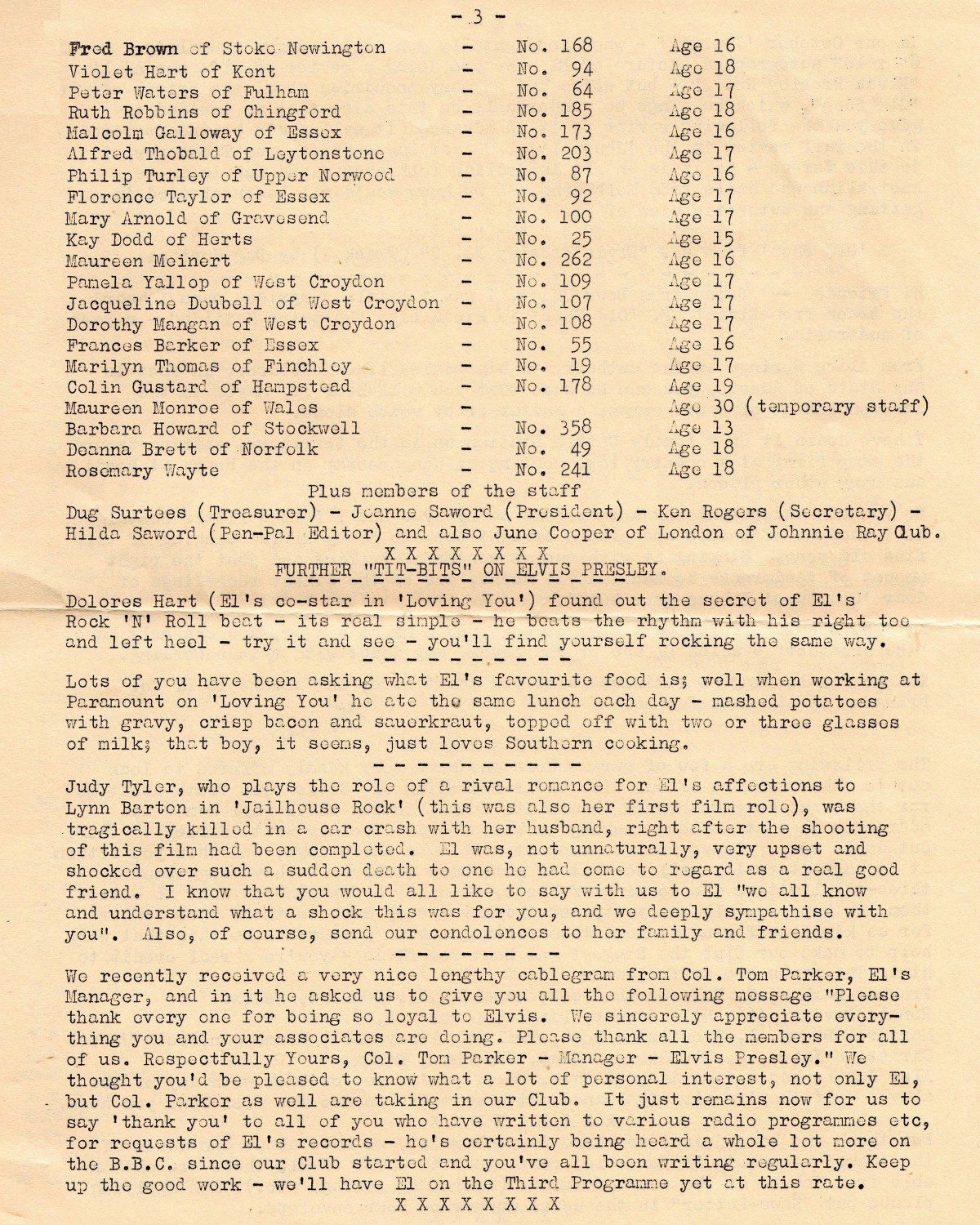 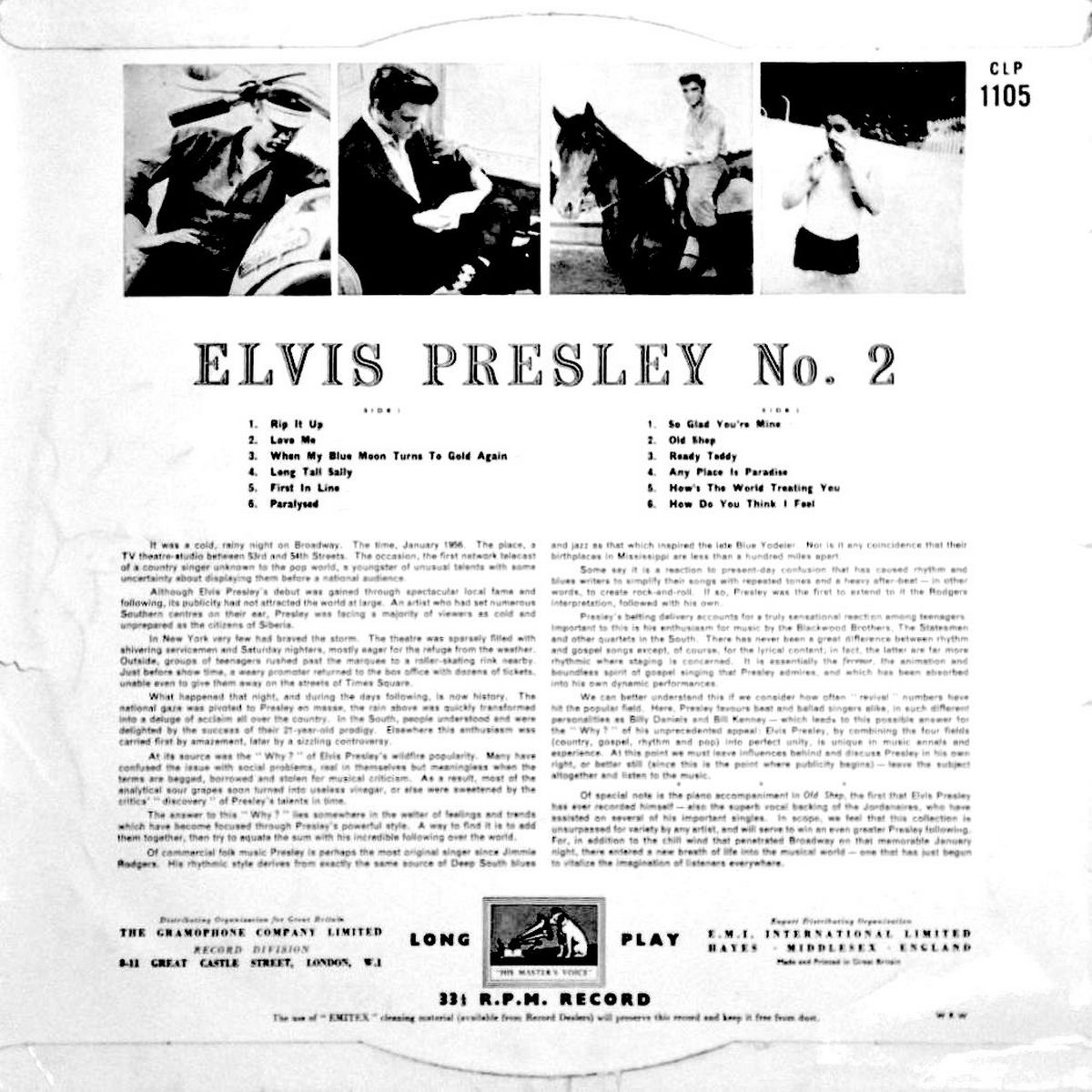 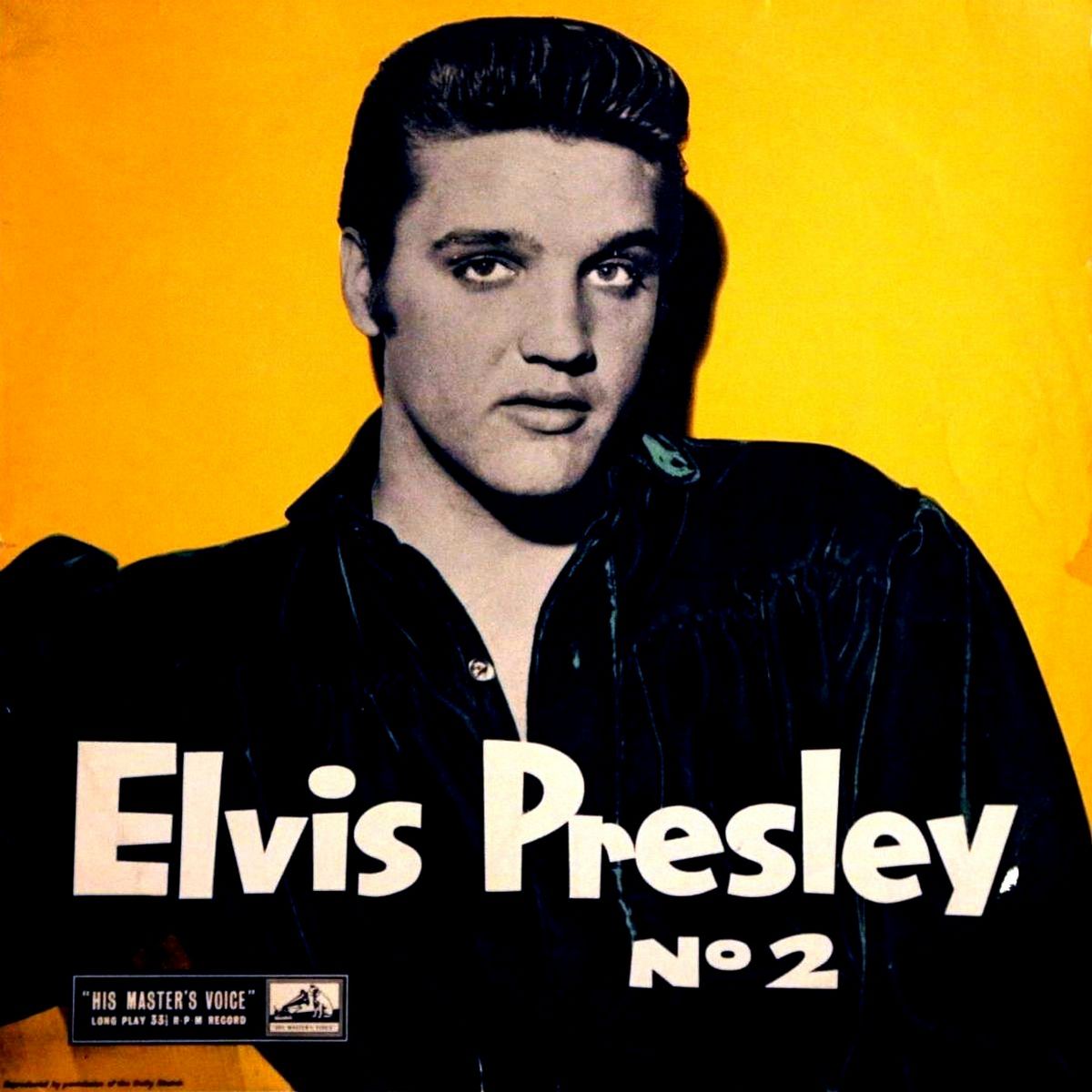 At the top op Page 4, Elvis’ second album in the UK is mentioned.

Like had been the case with the release of Elvis’ first album in the UK, HMV had made some changes to their version of ELVIS (released in the USA as LPM-1382 in October of 1956):
the choice of songs remained the same this time, the title however was changed to ELVIS PRESLEY No. 2, but the most dramatic change has to be the photo chosen for the UK cover. A very cool release indeed! 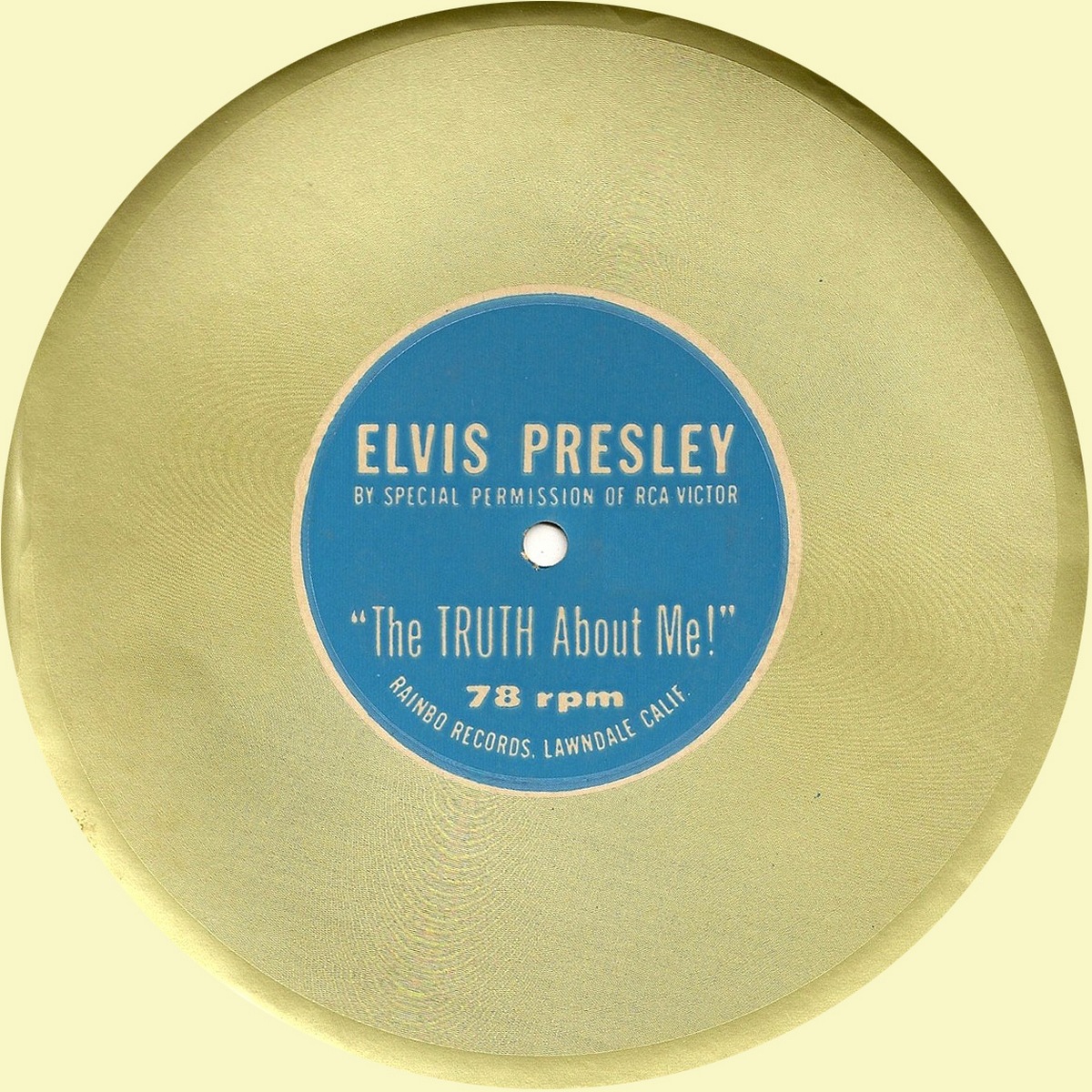 “The TRUTH About Me!”

Also on Page 4 we can read that certain members of the Fan Club have offered to loan out their recording of The Truth About Me. The members were requested not to keep it any longer than three days since quite a few members wanted to borrow the recording.

It was first released in the USA in November of 1956 (left), and in the UK in March of ’57 (right).
We can assume that by the time this Newsletter was printed (September 1957) The Truth About Me had already become a collector’s item. 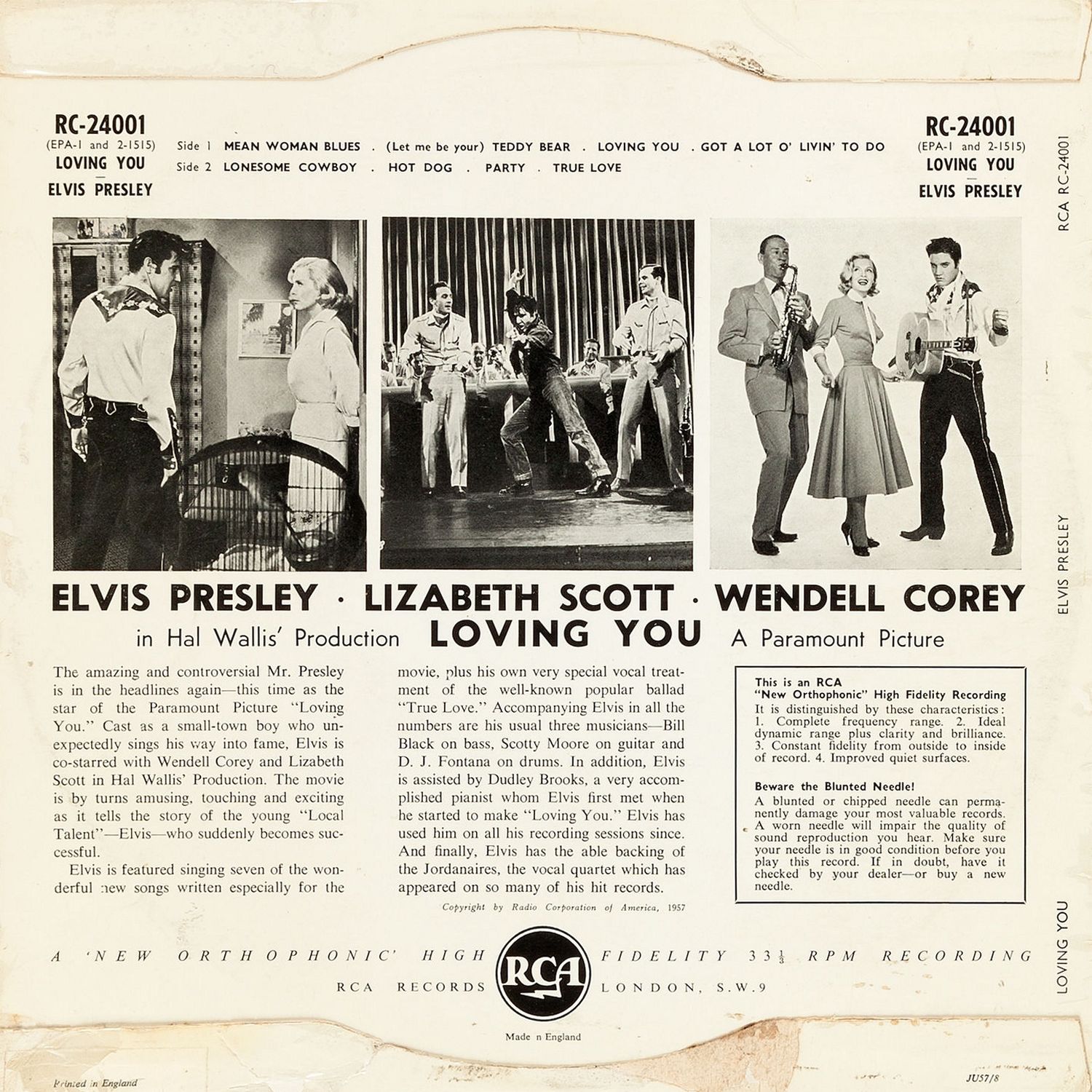 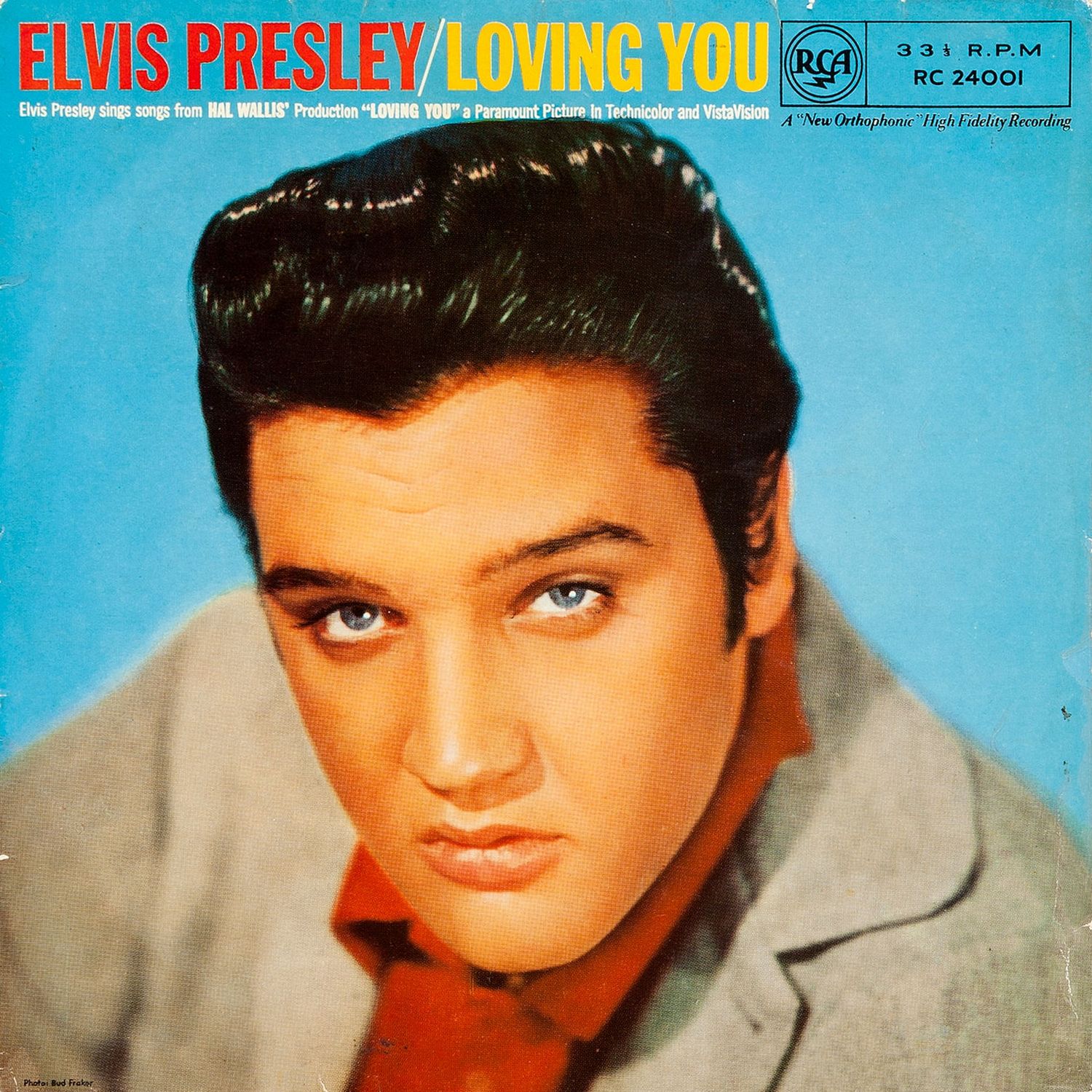 Here we have the UK variation (RC-24001) of the Loving You soundtrack that is mentioned on the final page of the Newsletter.

Unlike the US and German pressings, the British version was in the 10″ format and consisted of 8 songs: the 7 songs from the movie, plus True Love. Whereas the regular US and German 12″ versions included 4 more, so-called bonus songs.

The Fan Club Newsletter displayed in this article comes from the private collection of HARRY CARRIGAN.

My sincere thanks and utmost appreciation for sharing his collection and knowledge with the visitors of Echoes goes out to Harry!