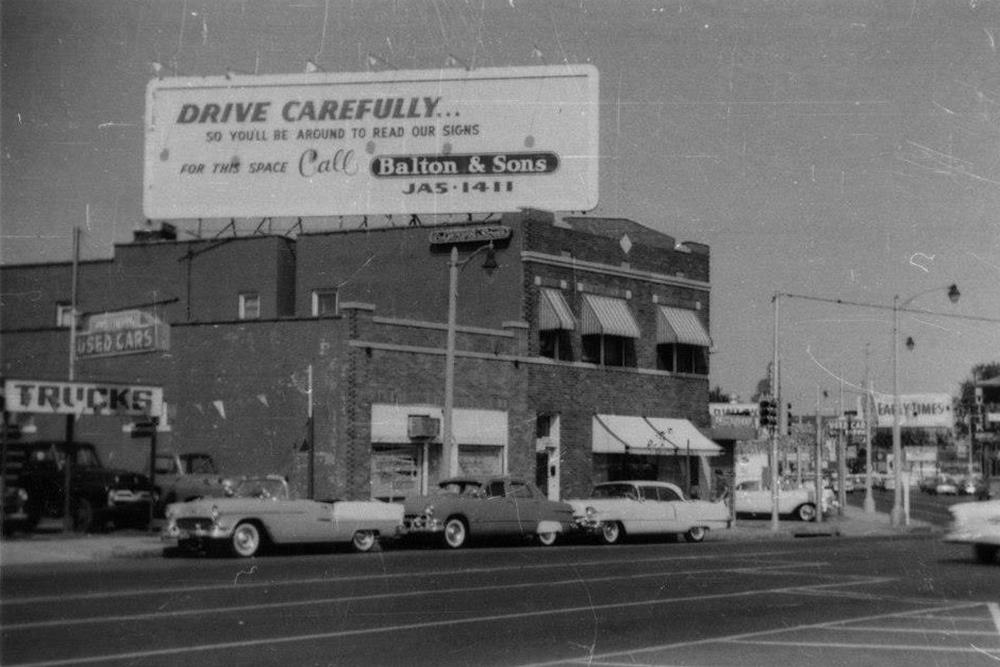 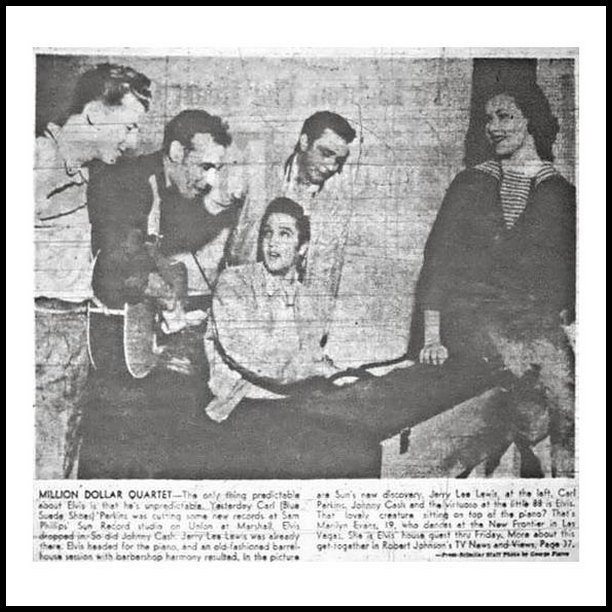 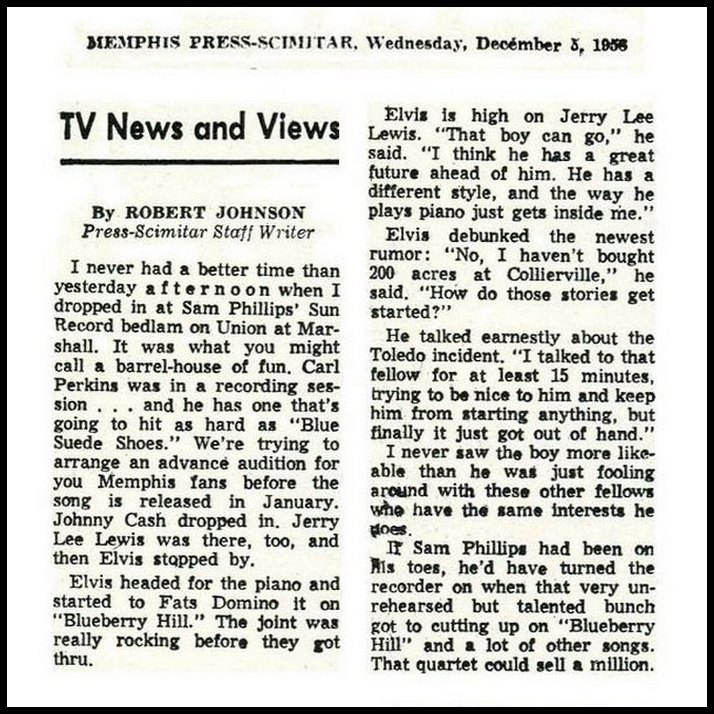 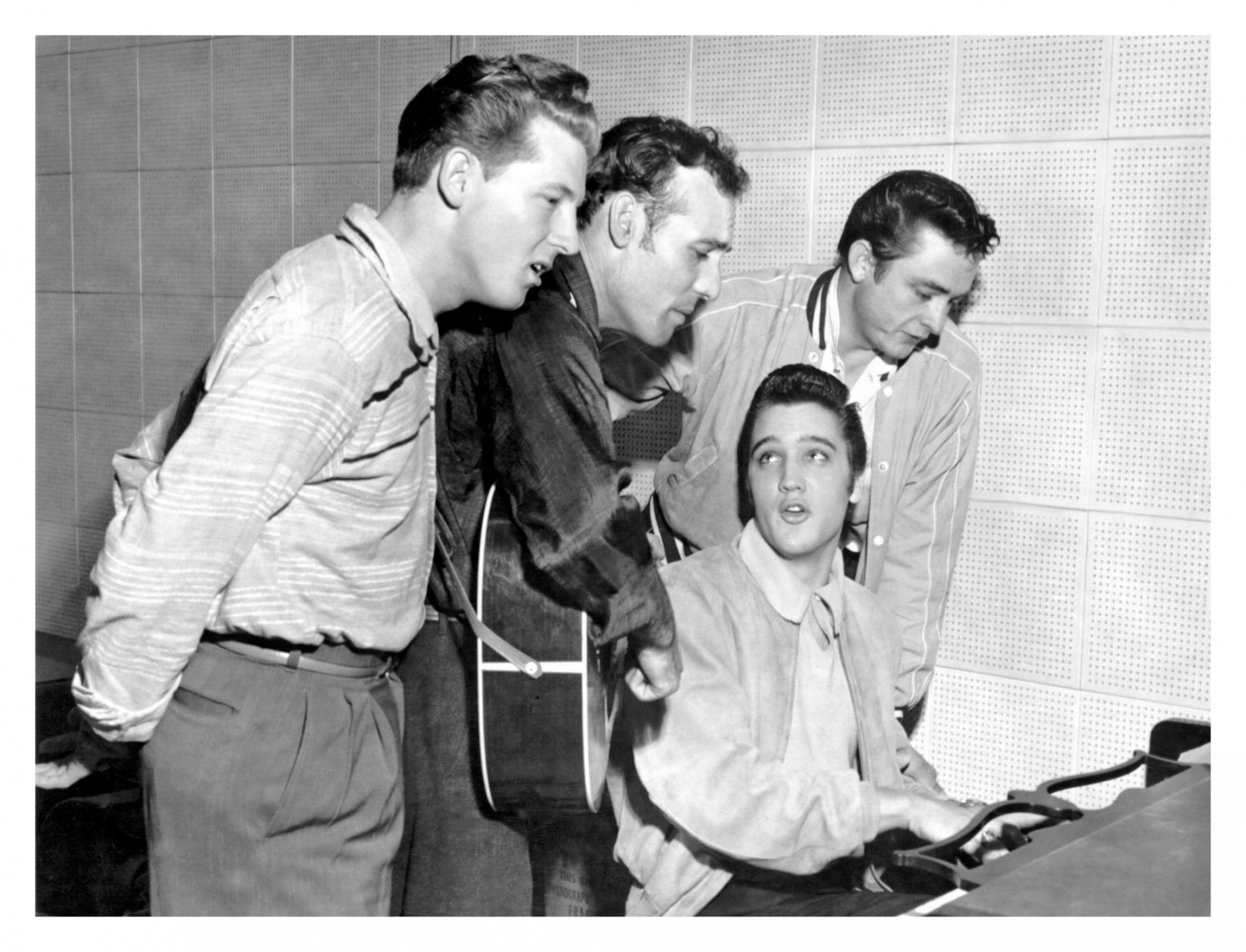 The most famous of all Million Dollar Quartet photos:
The original Fab Four! 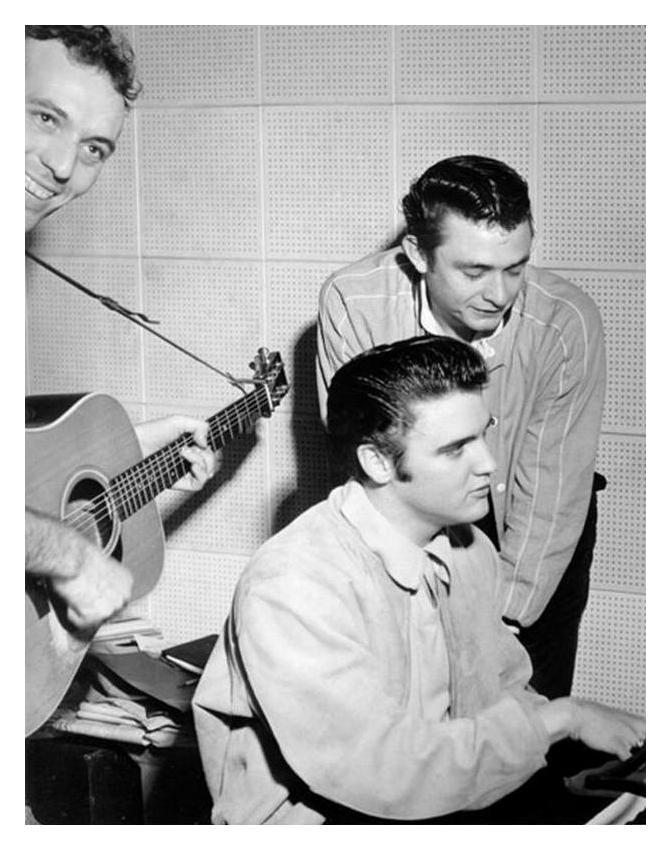 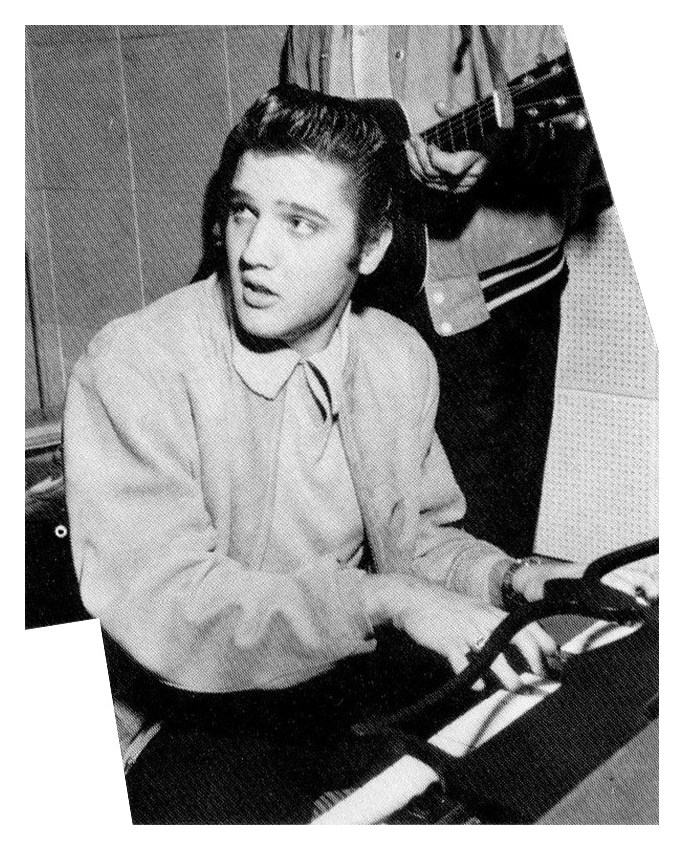 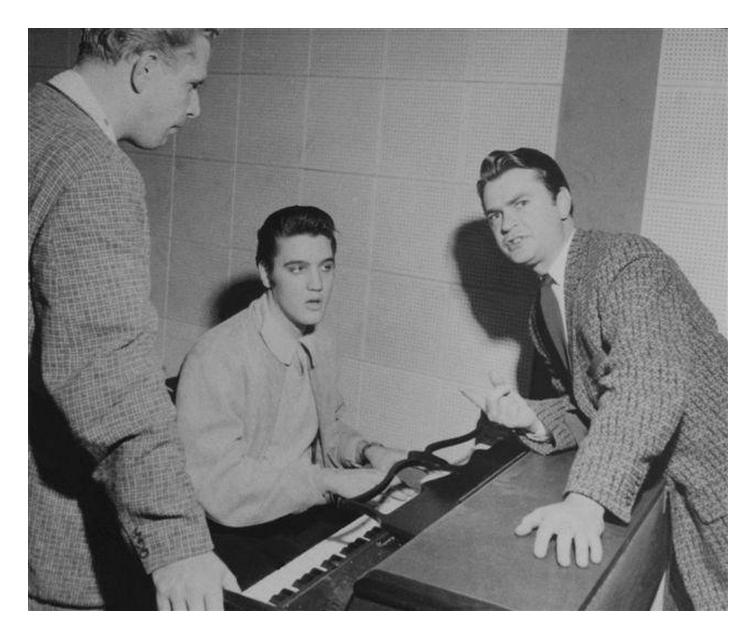 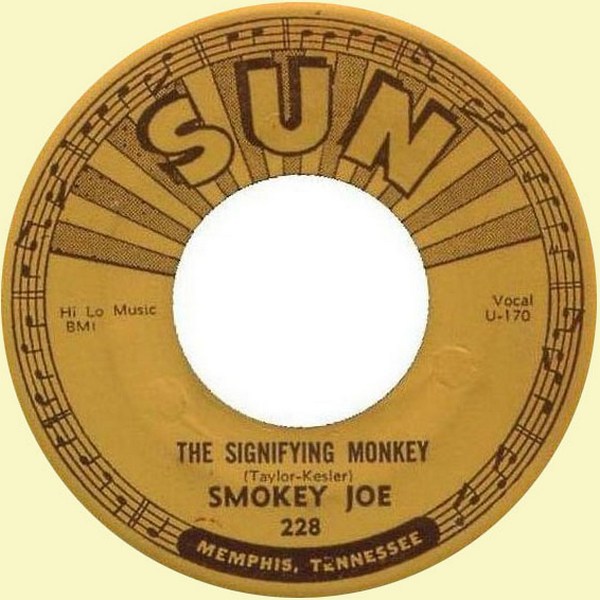 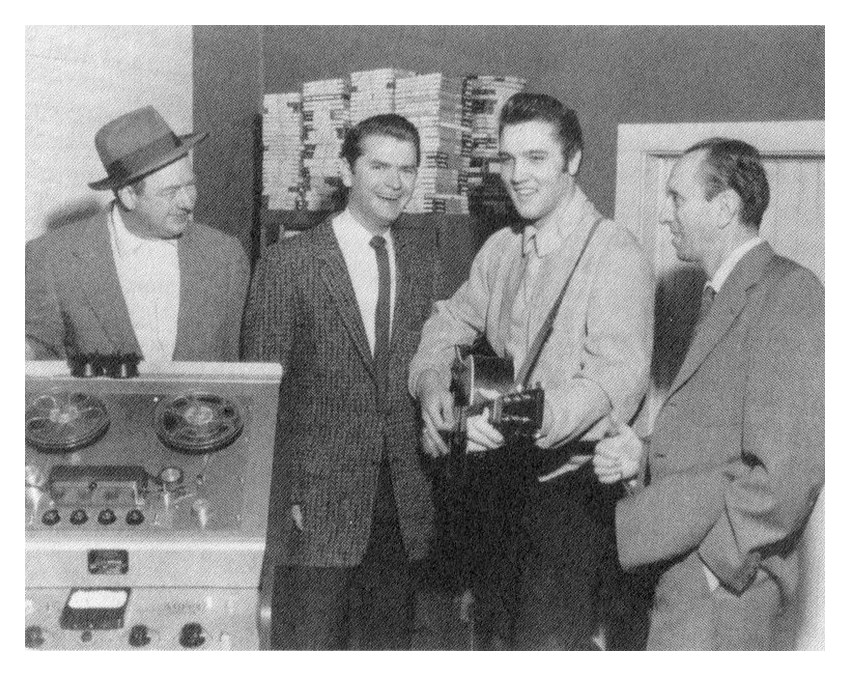 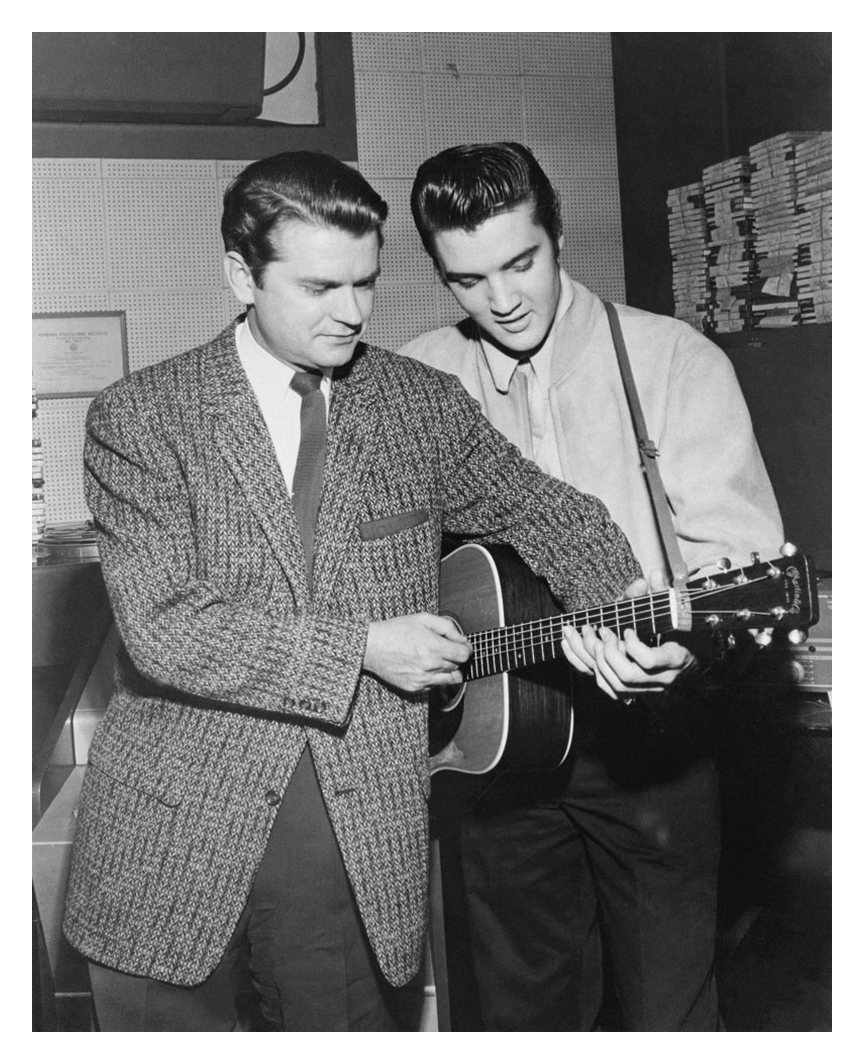 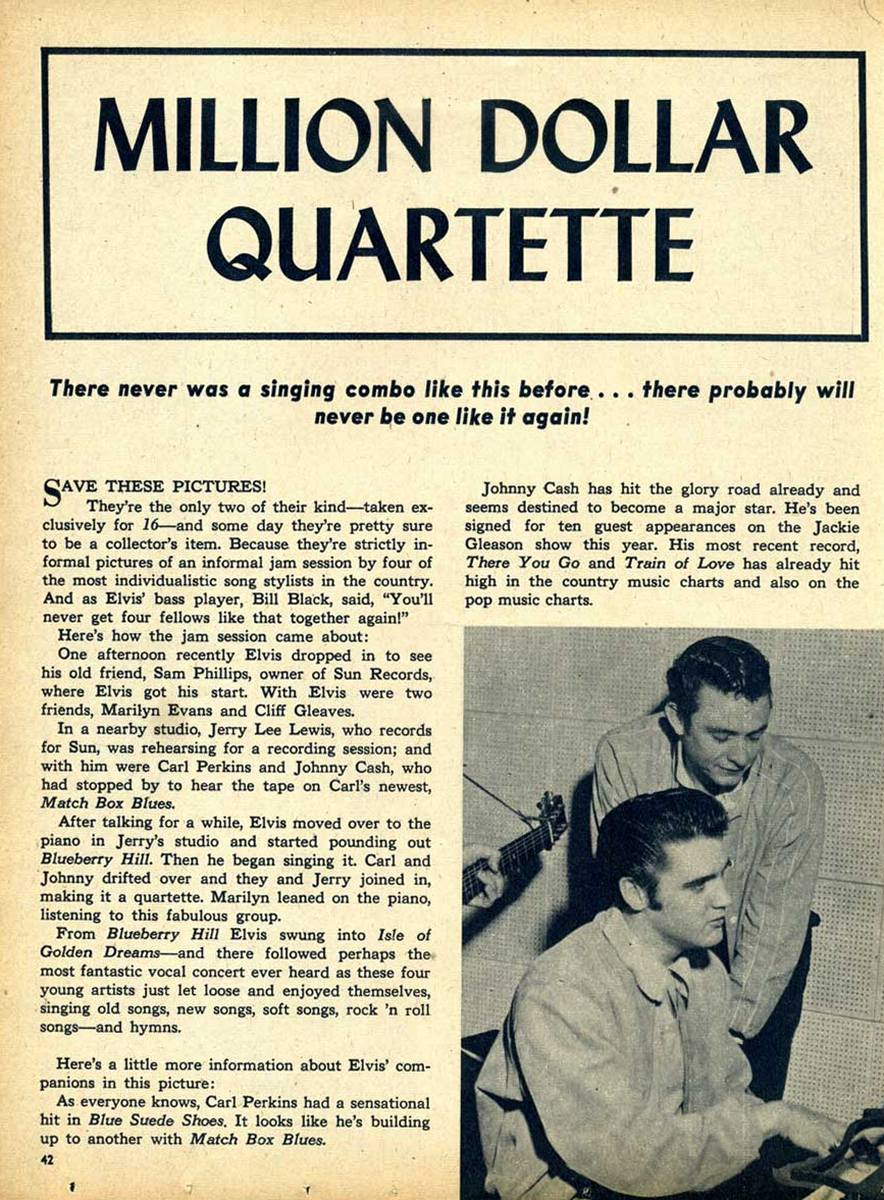 To the right we have an original publicity photo, from 1955. This wellknown image of Elvis (from December 27, 1954) popped up all the time in newspaper articles, advertisements and flyers in 1955.

The 8″ x 10″ publicity photo was also widely at hand during live gigs that year, of which we can see an example below, from March 4, 1955, in De Kalb, Texas. 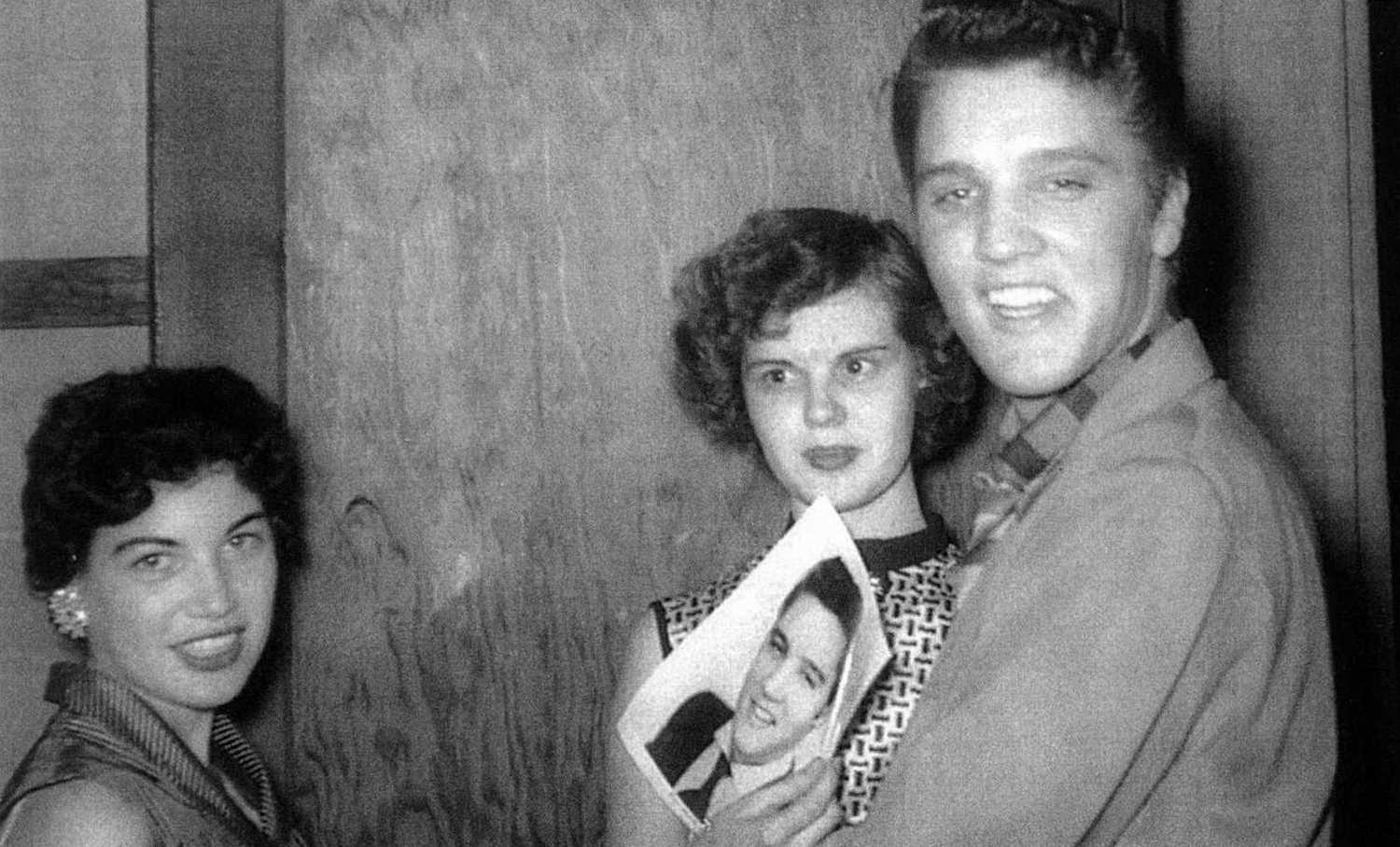 Below we see original Sun Records publicity photos of Johnny Cash and Carl Perkins. Notice that Bob Neal (Elvis’ second manager) gets a mention as Cash’ manager. These kind of promo shots of Jerry Lee Lewis appear not to be existence. 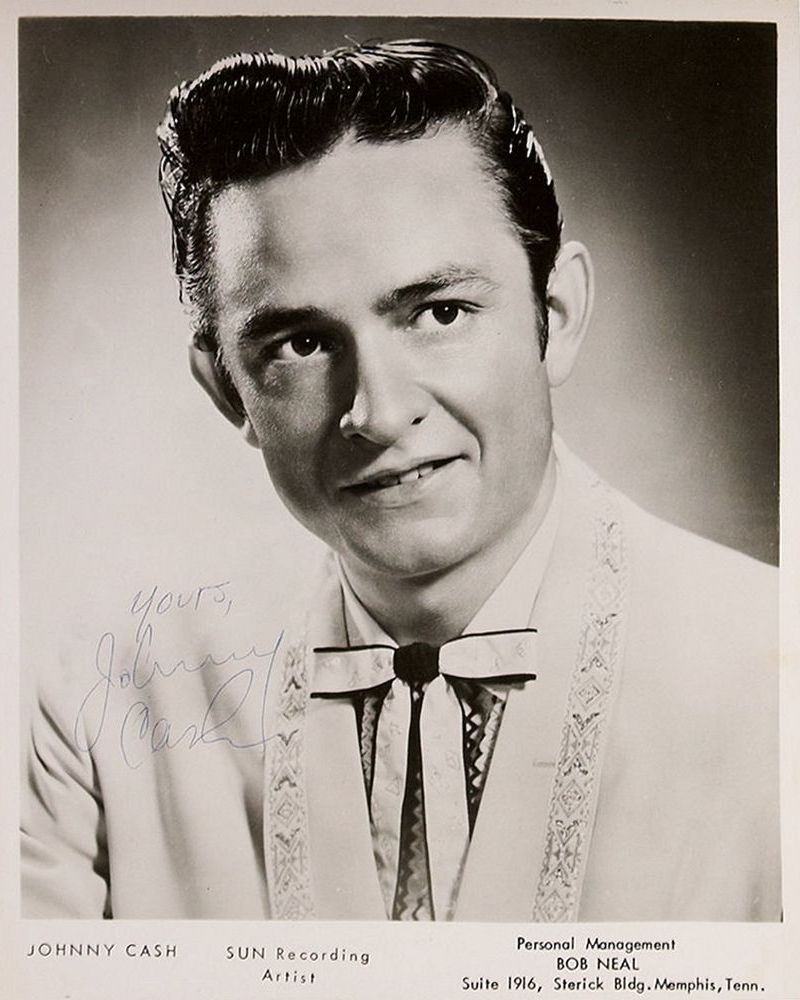 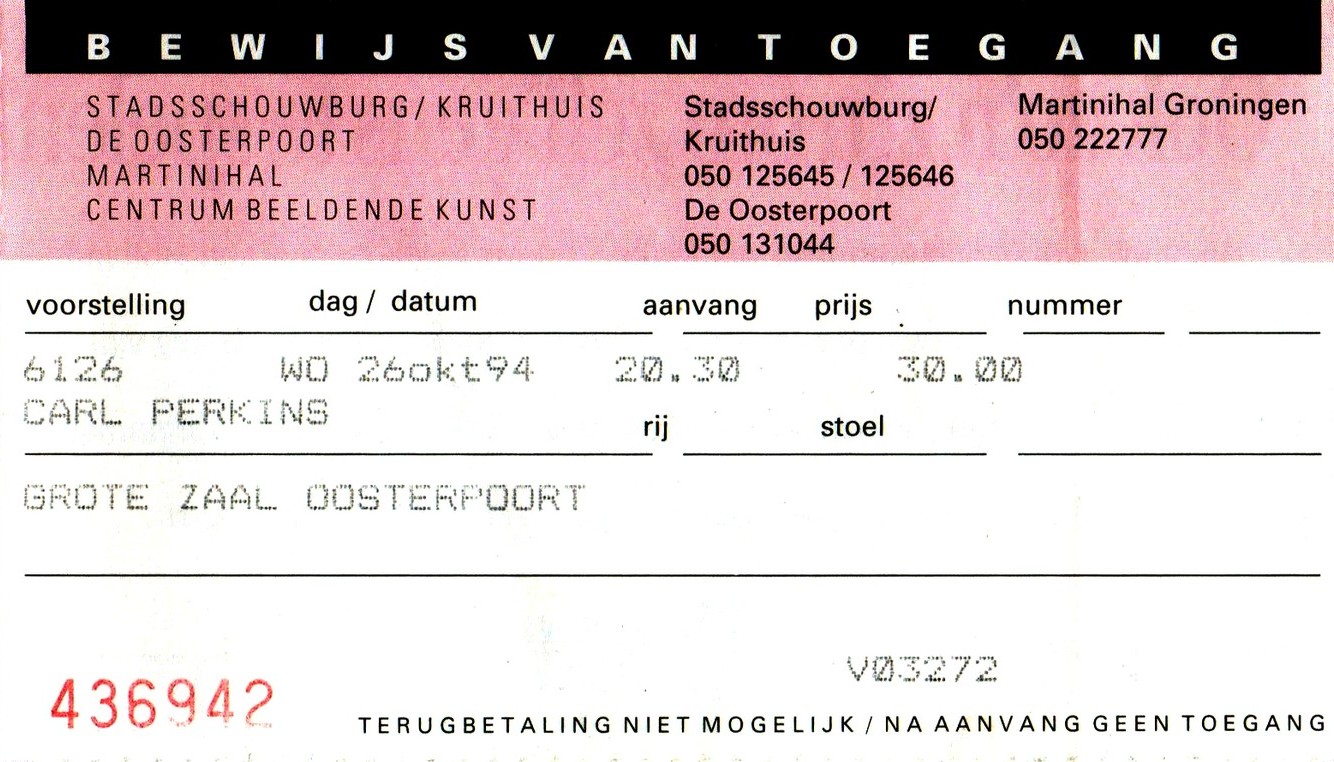 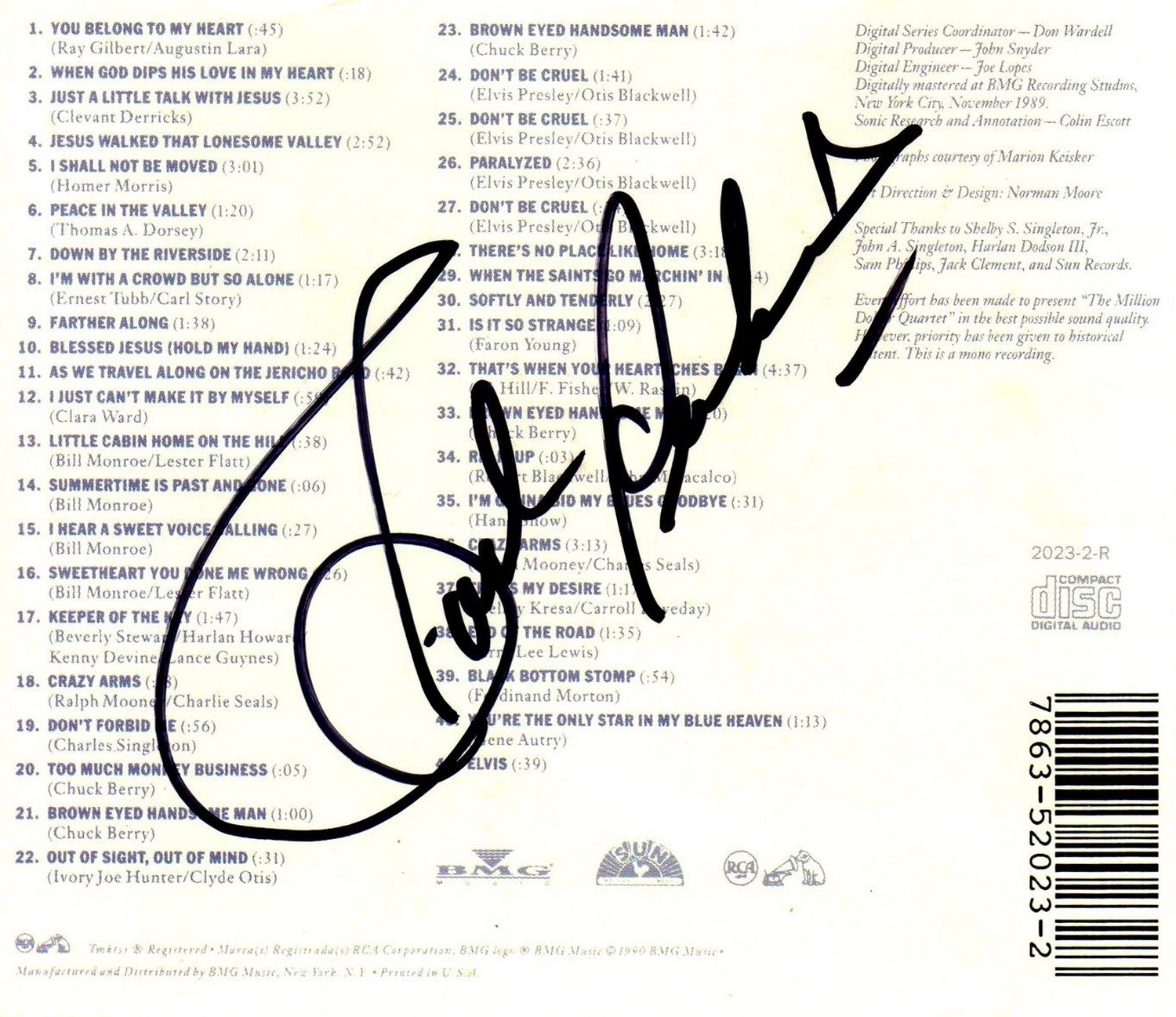 * The 10 photographs at Sun were taken by George Pierce.
* Thanks to Ger Rijff for his help in compiling this article.
* To Kari Paju (Finland) for the May ’57 article from ’16’.
* To James V. Roy (USA) for the Memphis Press-Scimitar (December 5, 1956) scan.
* And to Josep Rulló (Spain) for sharing a high-rez image of the first Fab Four.
* The image from Texas (March 4, 1955) is scanned from the amazing A Boy From Tupelo.
* The image of Sun Studio at the top of this article, courtesy of The Memphis Public Library And The Shelby County Archives, with thanks to Mike Freeman.
(To the right: Sam Pillips and Dewey Phillips in front of Sun Studio.)