The Drive-In Theatre: an American Classic 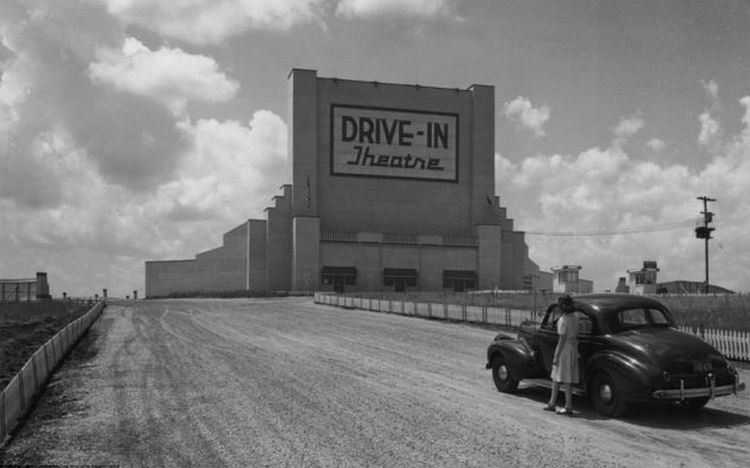 The drive-in theatre had it’s popularity peak in the 1950’s. At the end of this decade, over 4000 were spread across the USA. In the perception of many 50’s fans, the drive-in is as much part of the rock ‘n’ roll era as Elvis Presley and James Dean. But the first drive-in’s had seen the light of day over twenty years earlier.

In this topic we will present a pictorial history of the drive-in theatre and let the photos do (most of) the talking. 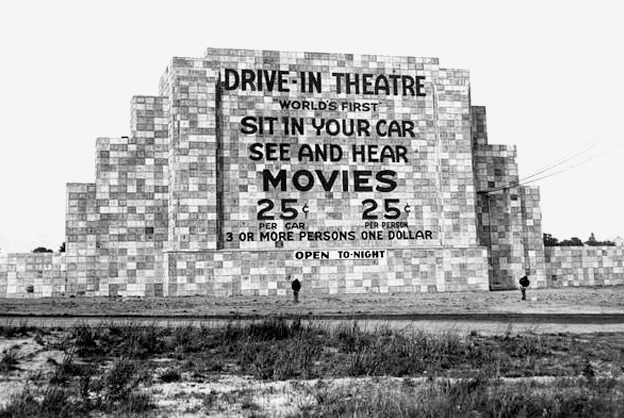 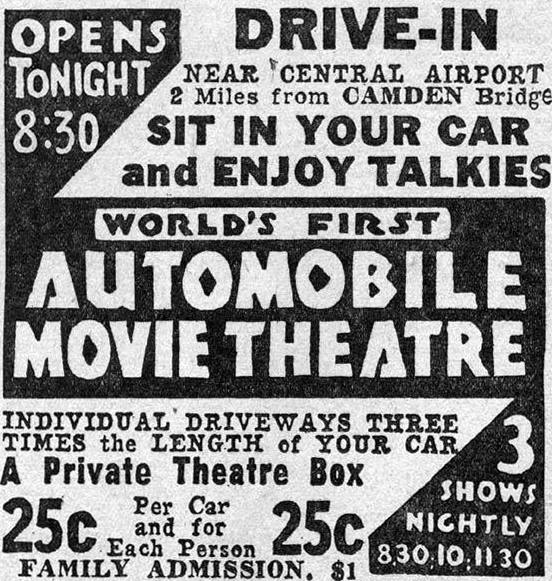 The very first drive-in theatre opened in june of 1933, in New Jersey, and offered room for 400 cars. Being the first of it’s kind it was simply called Drive-In Theatre.

The owner’s slogan: “The whole family is welcome, regardless of how noisy your children are!”.

The information sheet below shows exactly how this “newly perfected system” worked. 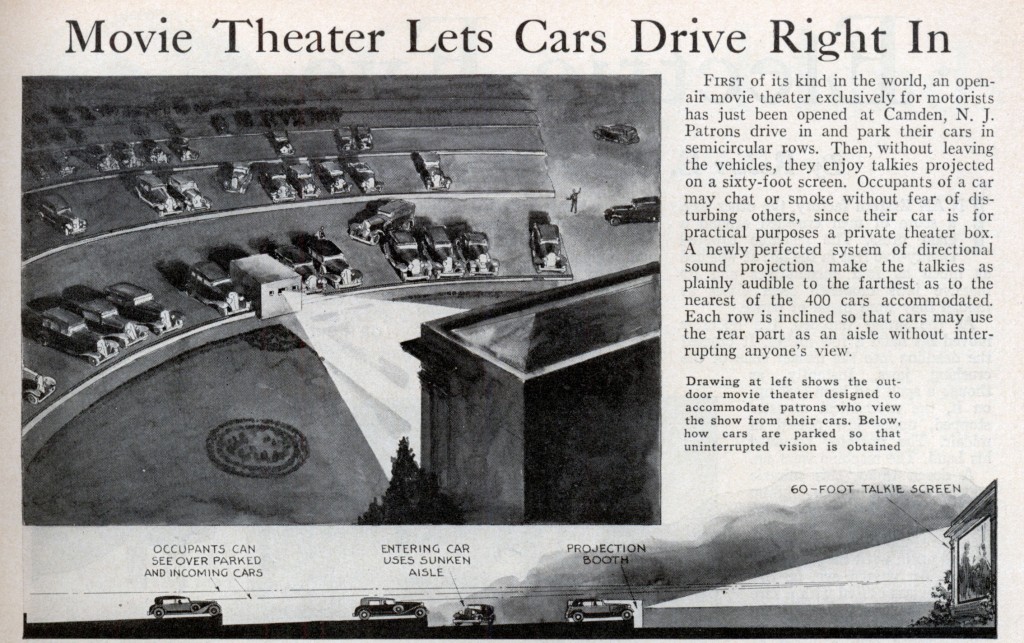 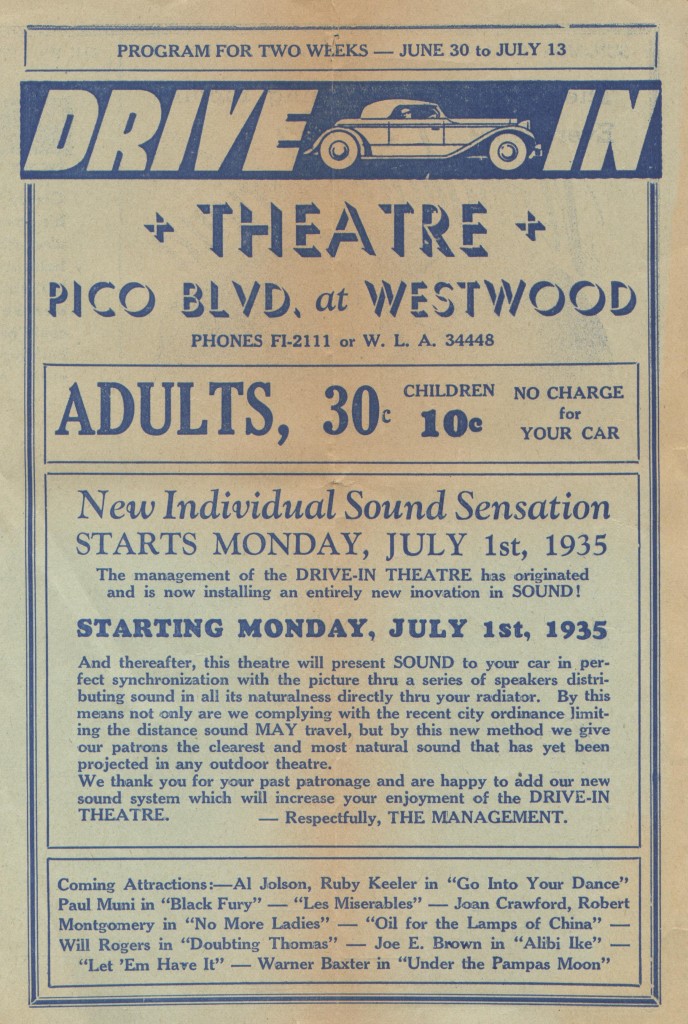 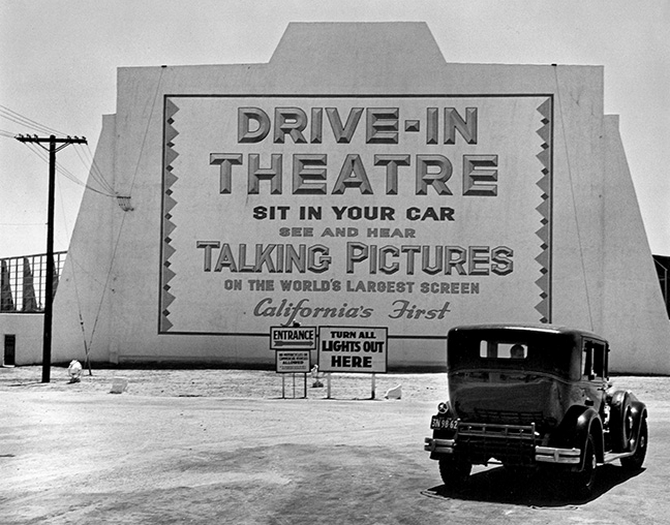 By the end of the 1930’s, 17 more of these impressive structures had opened their doors.

To the far-right: An interesting Pico-program from 1935 advertising the new “Sound Sensation” that brought sound to your car “in all its naturalness directly thru your radiator”.
Till this point the image and the sound (coming from one big speaker on a tower) were often out of sync. 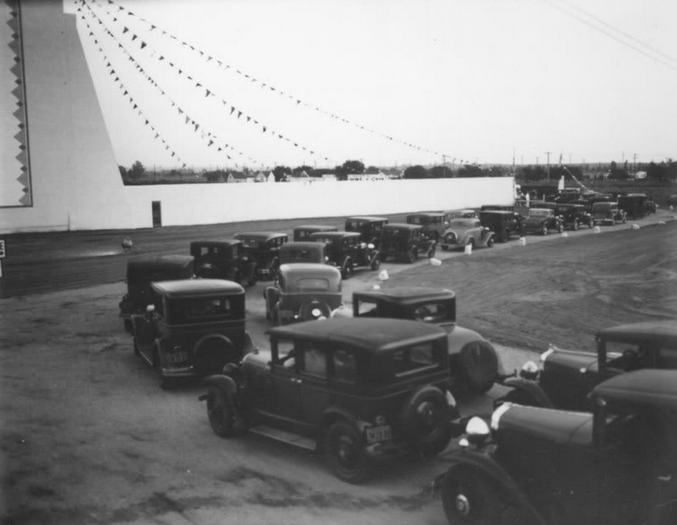 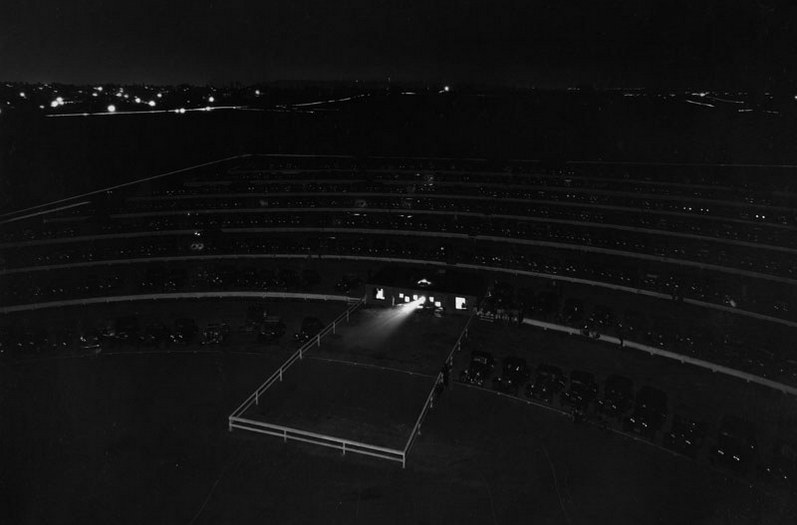 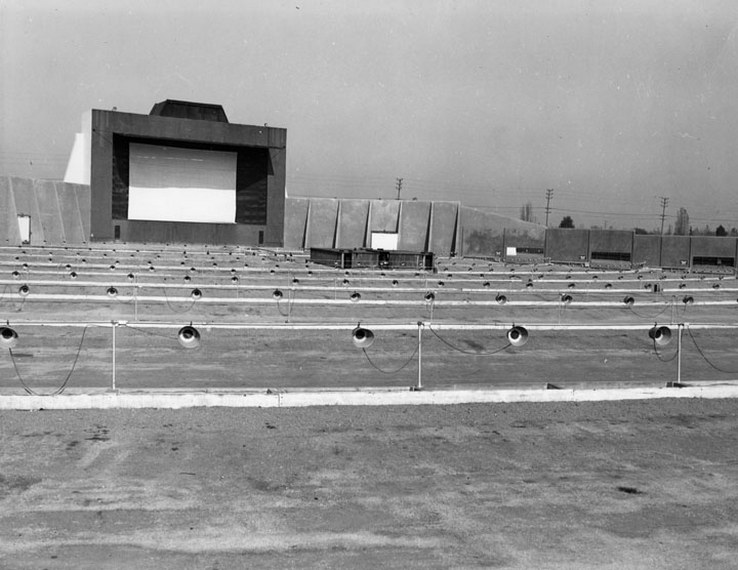 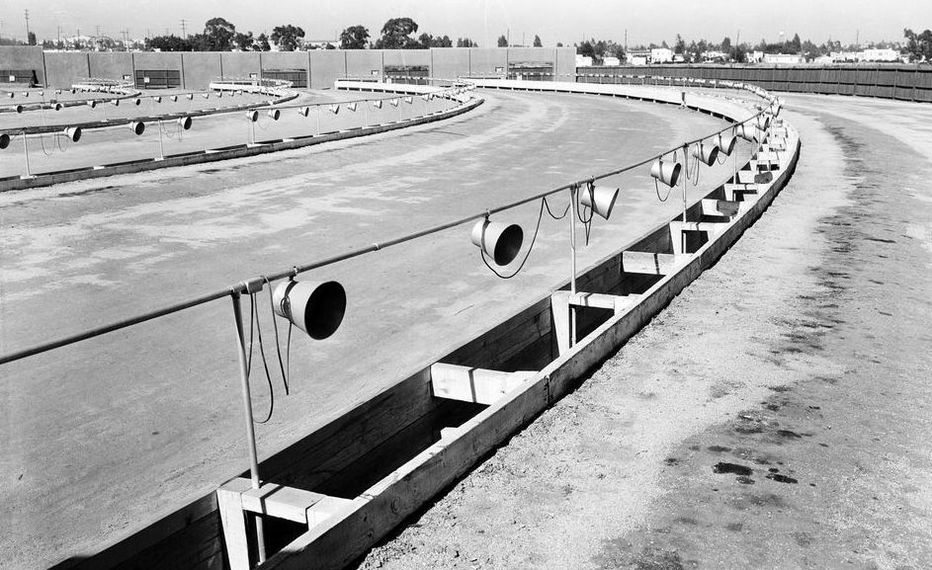 A closer look at this new sound sensation, shown here at the Pacific Drive in L.A., in 1938, which had speakers attached to a rail in front of your car.

This was a huge step forward from the original system, but still far from perfect, and it would take another 3 years before RCA Victor would introduce the first in-car speaker. 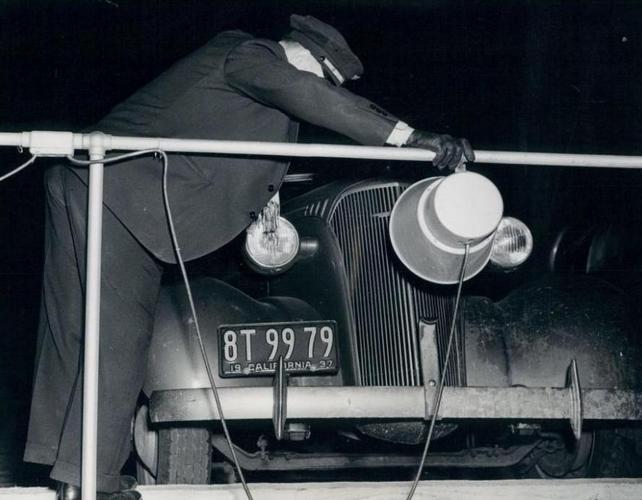 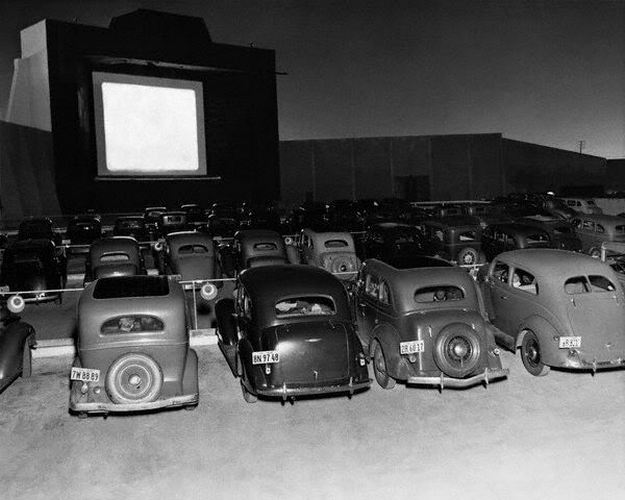 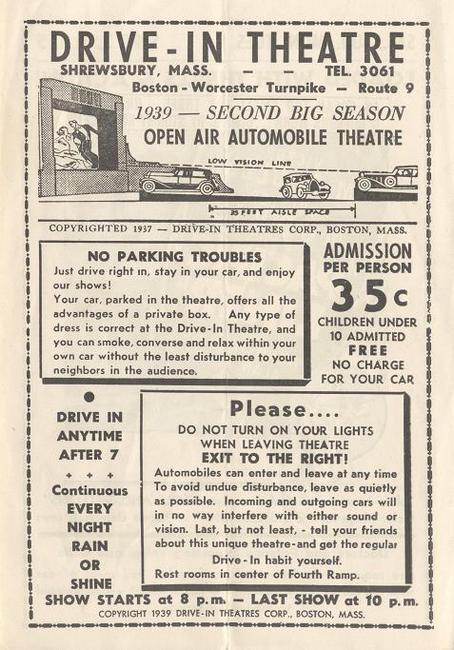 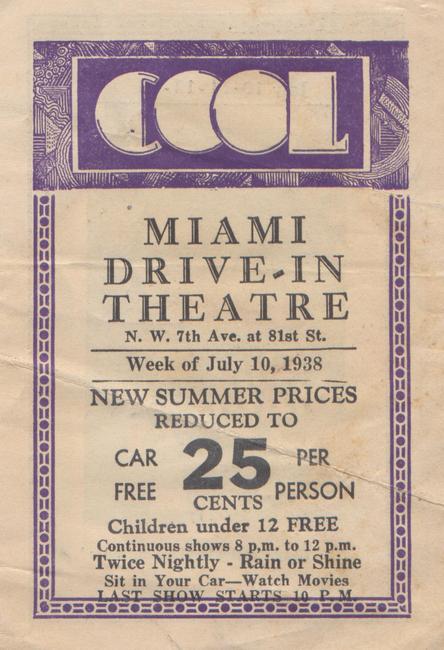 Two nice flyers from respectively 1938 (the Miami Drive-In in Florida) and 1939 (the Shrewsbury Drive-In in Massachusetts).

“Any type of dress is correct at the Drive-In Theatre, and you can smoke, converse, and relax within your own car without the least disturbance to your neighbours in the audience”. 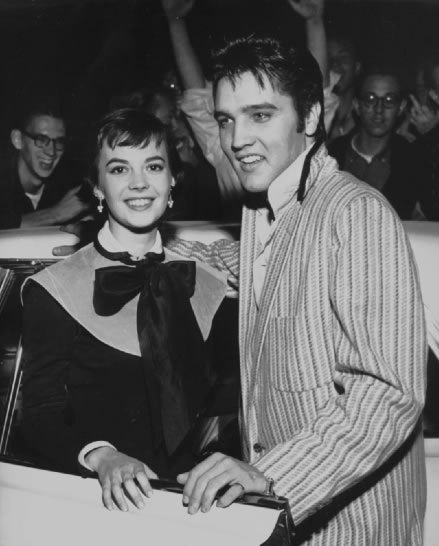 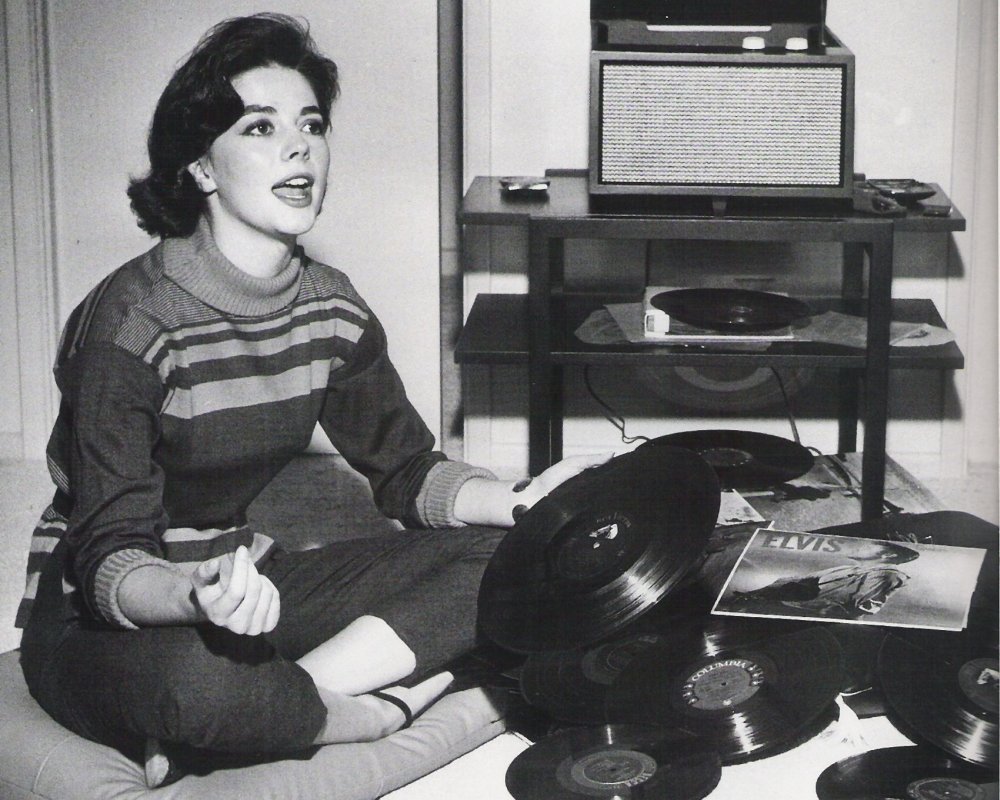 Before we continue our history of the drive-in phenomenon, here’s an interesting conection between Elvis, RCA Victor and Natalie Wood.

It is well known that Elvis and Natalie dated for a short while in late 1956. 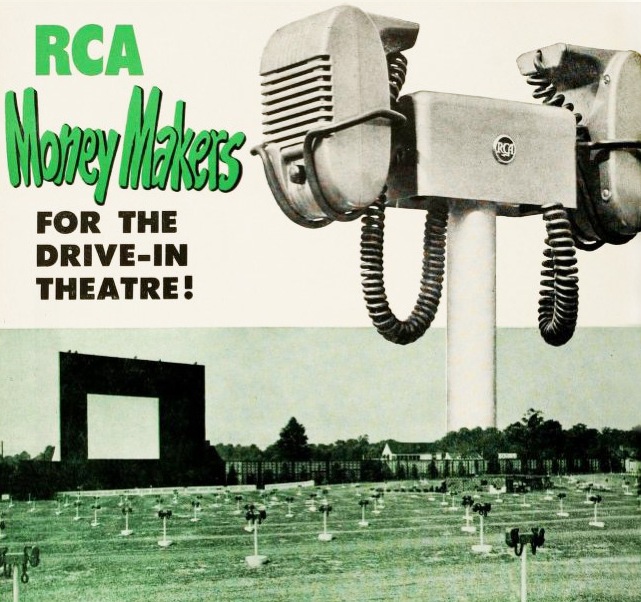 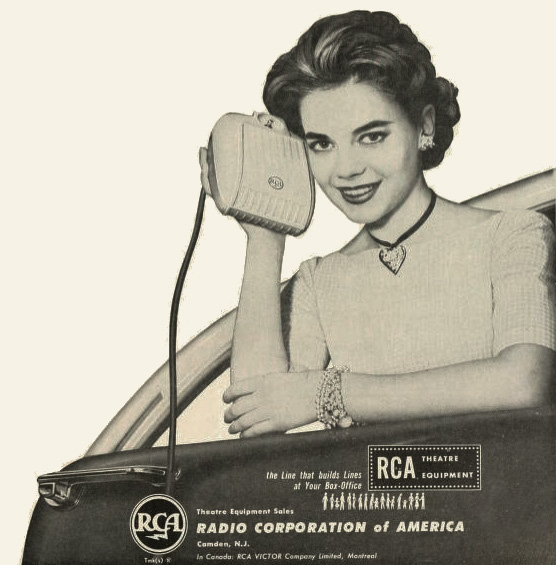 In 1957, Natalie was hired by RCA Victor to popularize their drive-in speakers. RCA was of course Elvis’ record company. 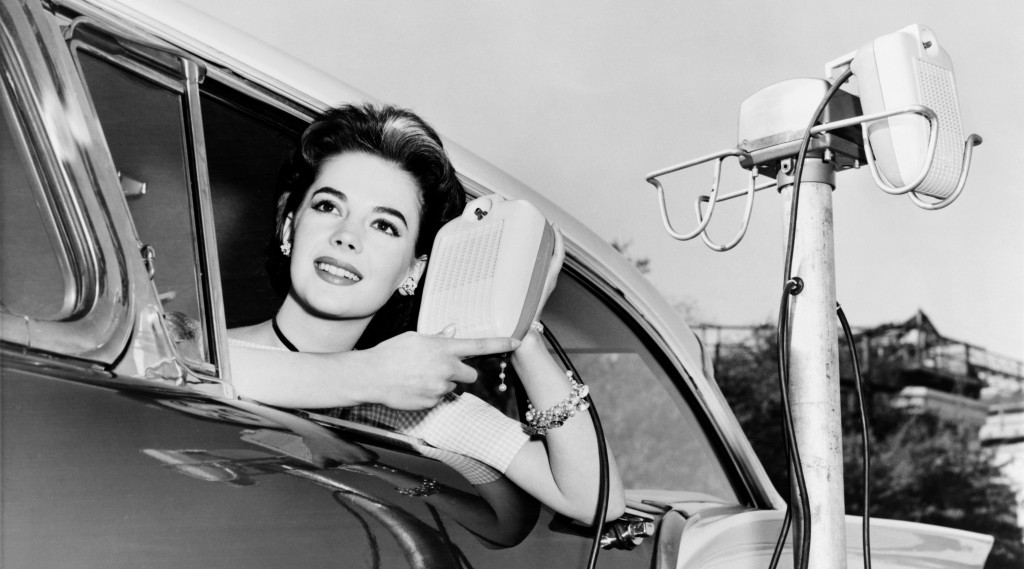