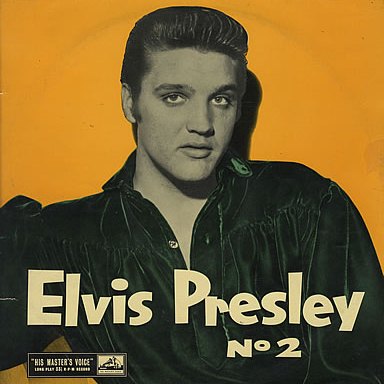 Here we have an interesting magazine from Great Britain. The mag is not dated, but it appears to be from mid 1959 going by the information given on certain stars (we can read that Eddie Fisher “recently married Liz Taylor in Las Vegas”, which took place in May ’59).

All the British stars of the day are present, yes Norman Wisdom is there too, yet there is no sign of Britain’s biggest star in ’59, Cliff Richard. There are also plenty of stars from across the ocean, of which Elvis’ presence in the magazine is somewhat remarkable: even though he appears in the largest photo right in the middle of the frontpage, the info given on him inside the magazine is very out-dated and has a 1956 feeling to it. The photo used (twice!) is also an ‘old’ one. And while American stars like Frank Sinatra, Pat Boone, Mario Lanza and Doris Day have a full page to themselves, Elvis only occupies half a page. I believe what this may tell us, is that these kind of magazines were being sold for a number of years and only every now and then updated with a recent/new photo or some new information.
The publisher probably figured that if he would include a photo from all corners of the entertainment field, he would reach a bigger audience. And so on the last pages we find a Jazz section, an Orchestra section, and to top it off we even have some pin-ups, yes! The fact that there is no publishing date on the magazine, might be another clever move by the seller since a magazine that doesn’t bear a year of pubication is never old or outdated. Well, at least that must have been the thought behind it. 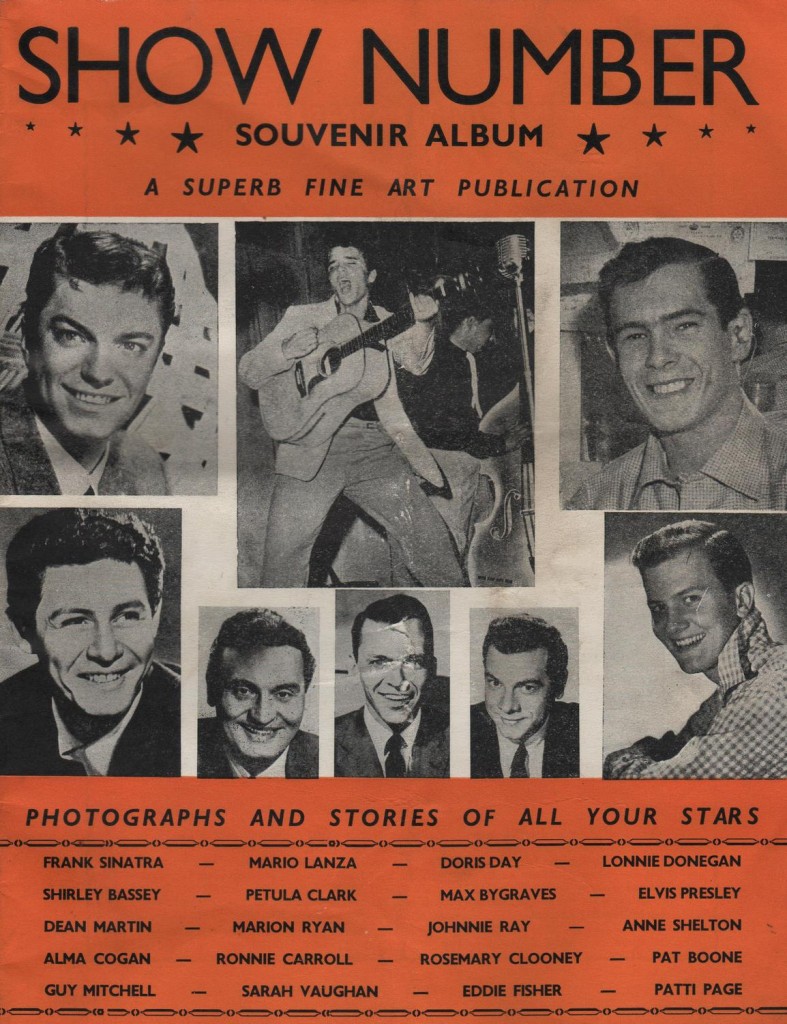 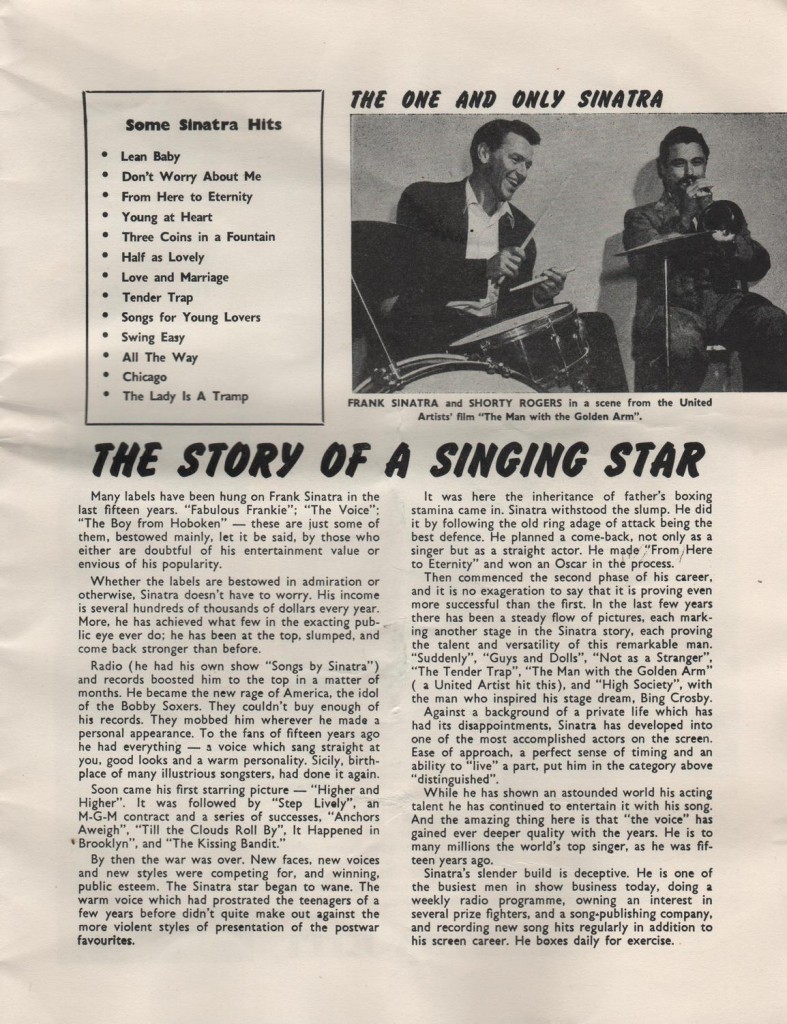 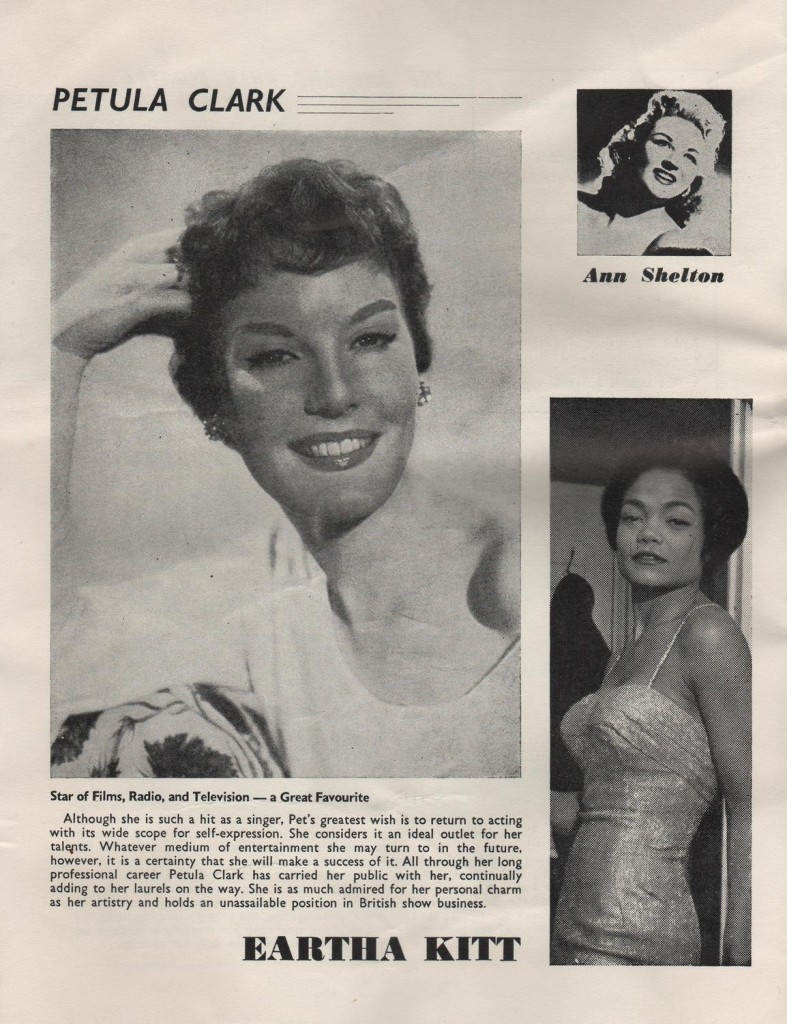 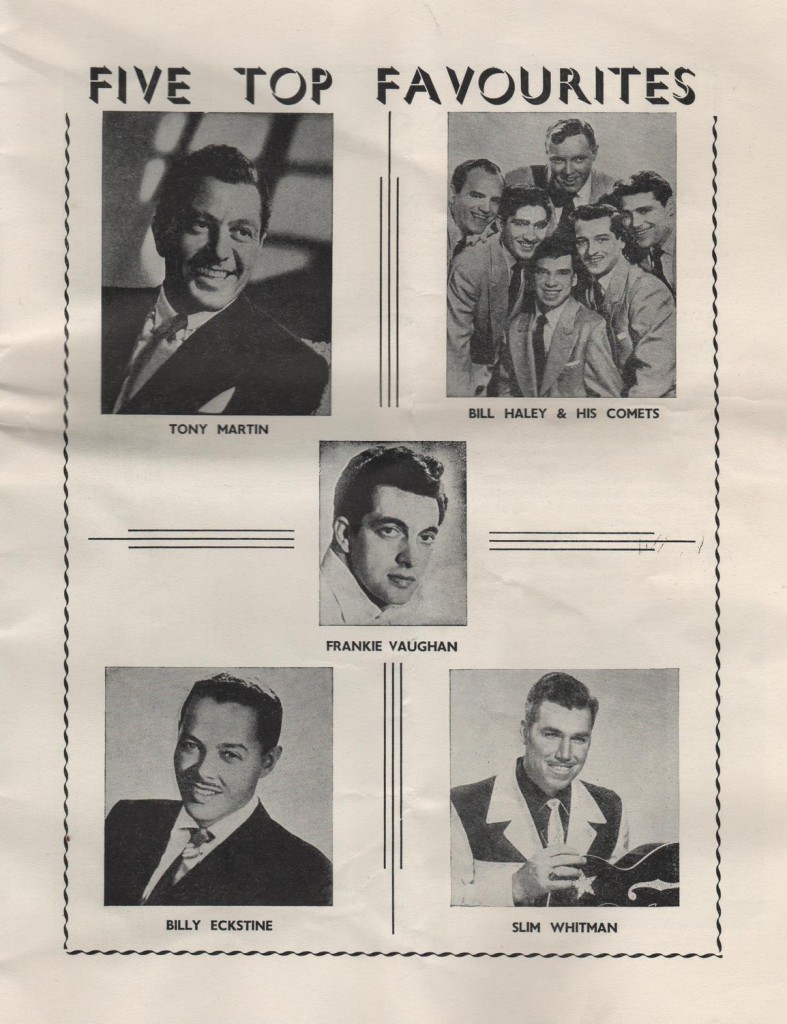 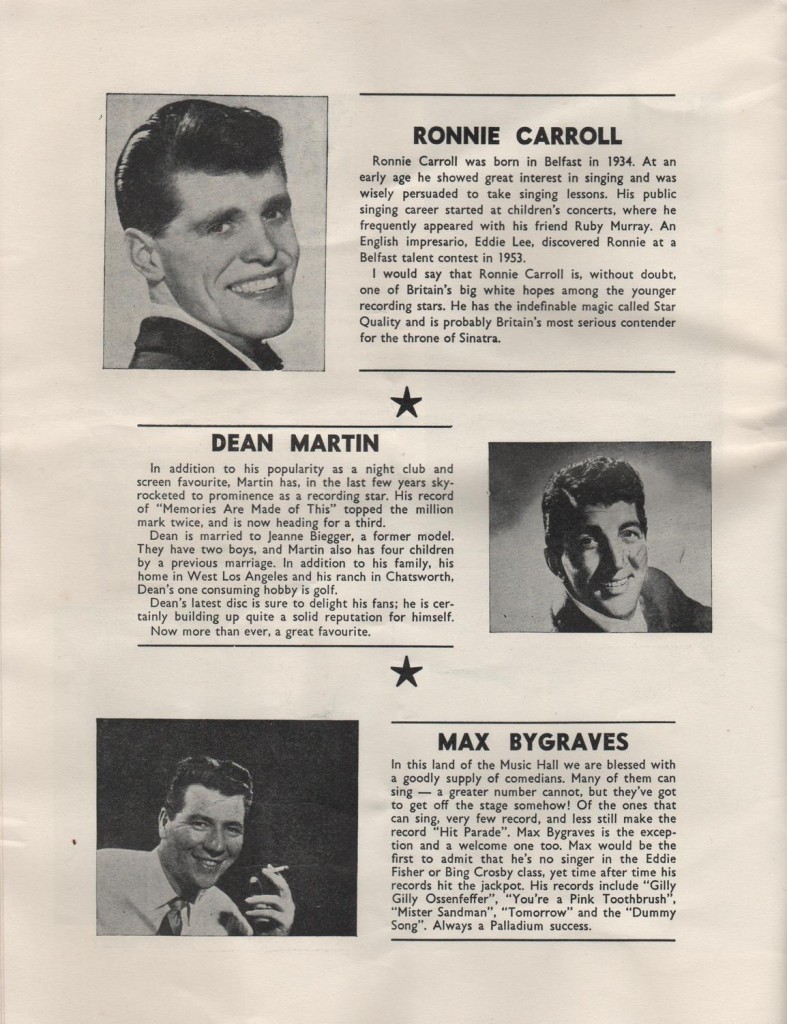 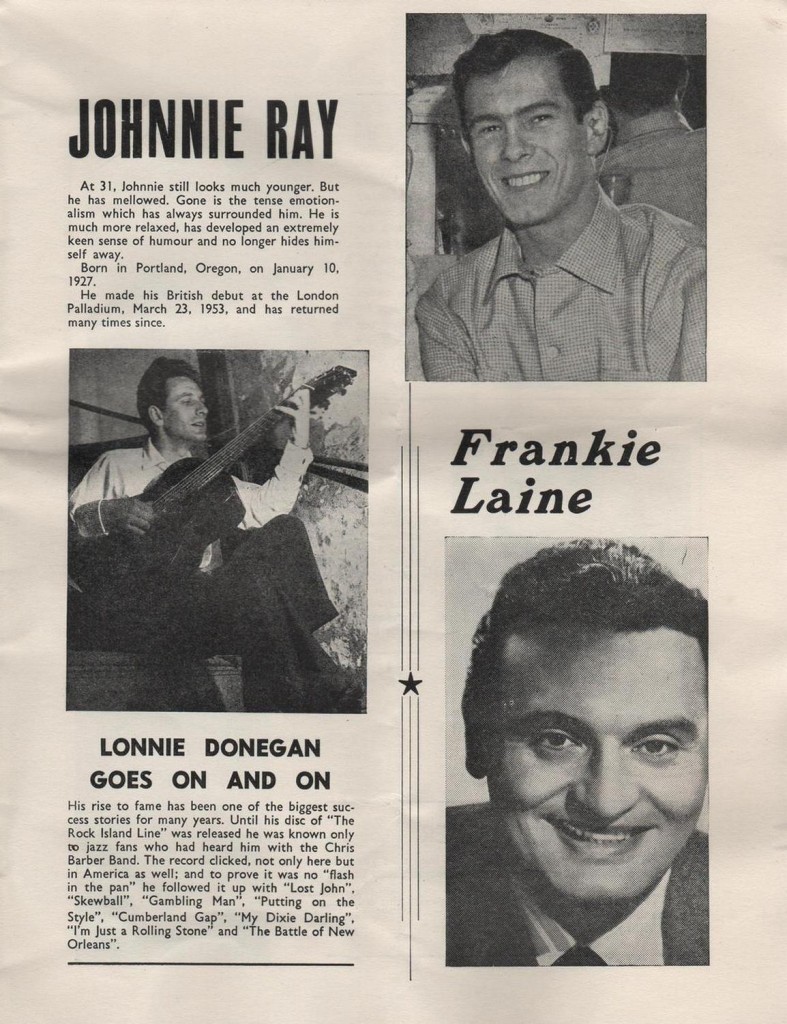 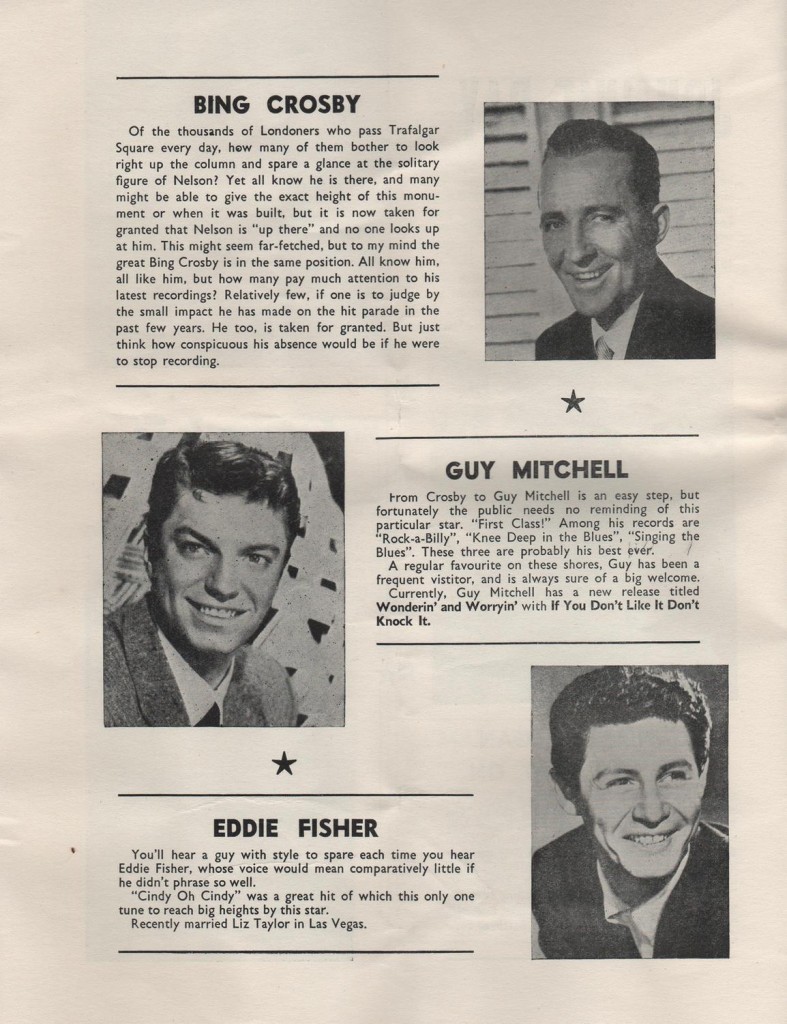 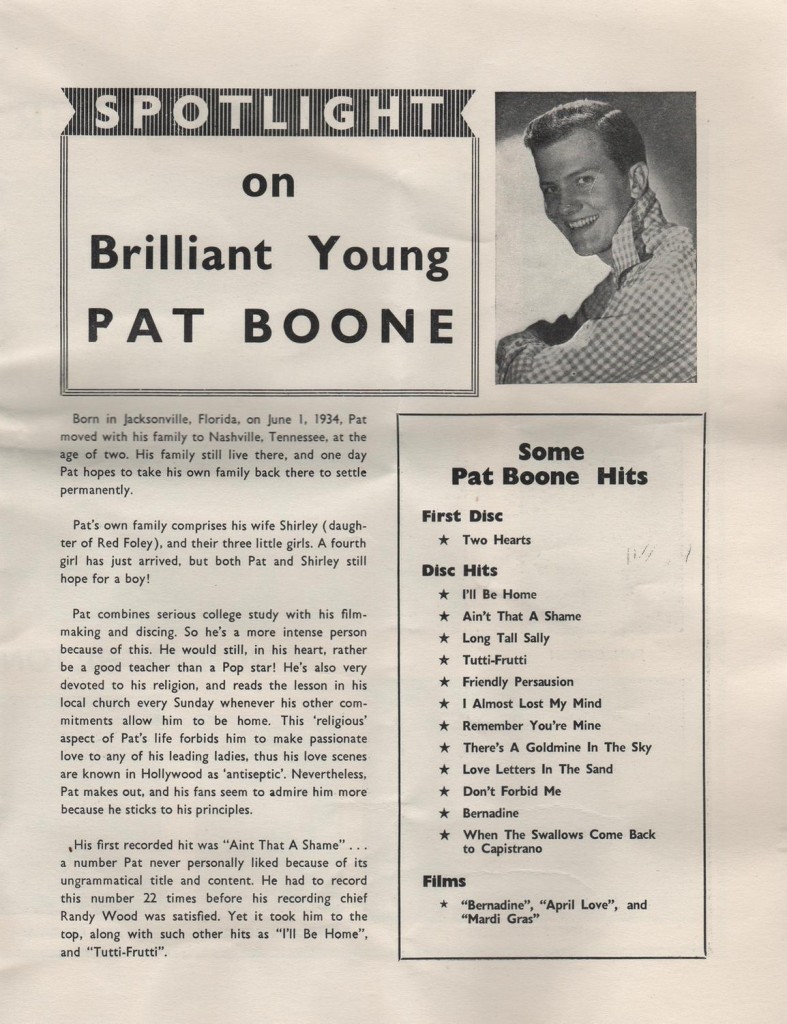 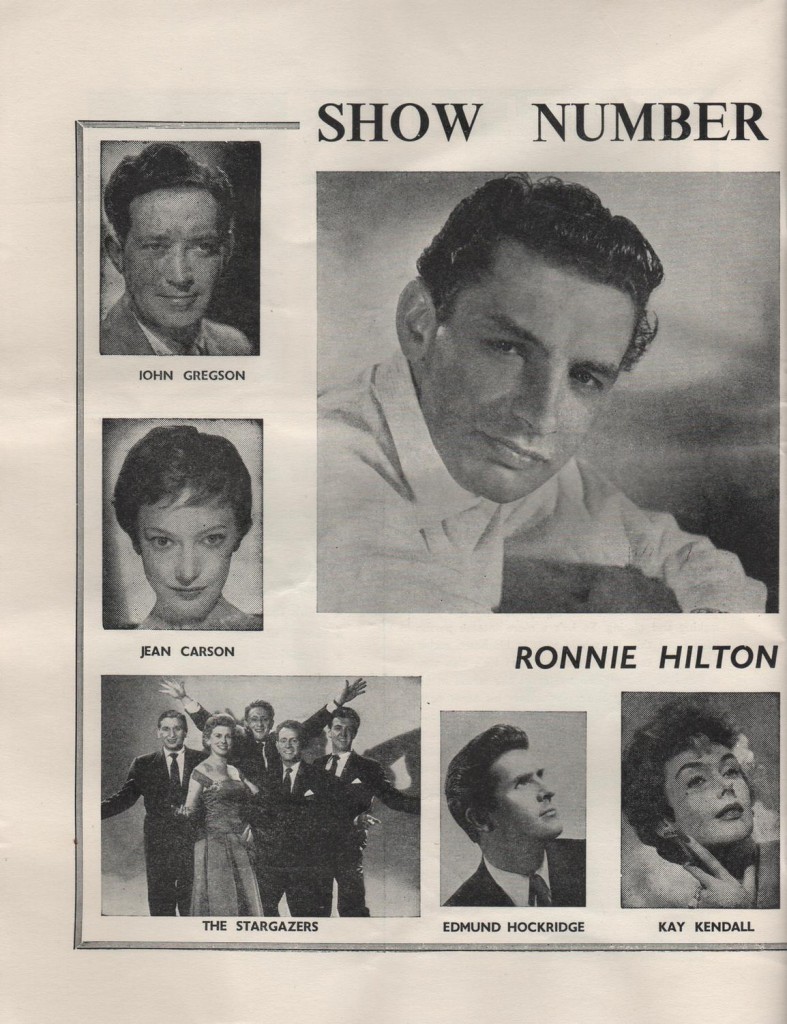 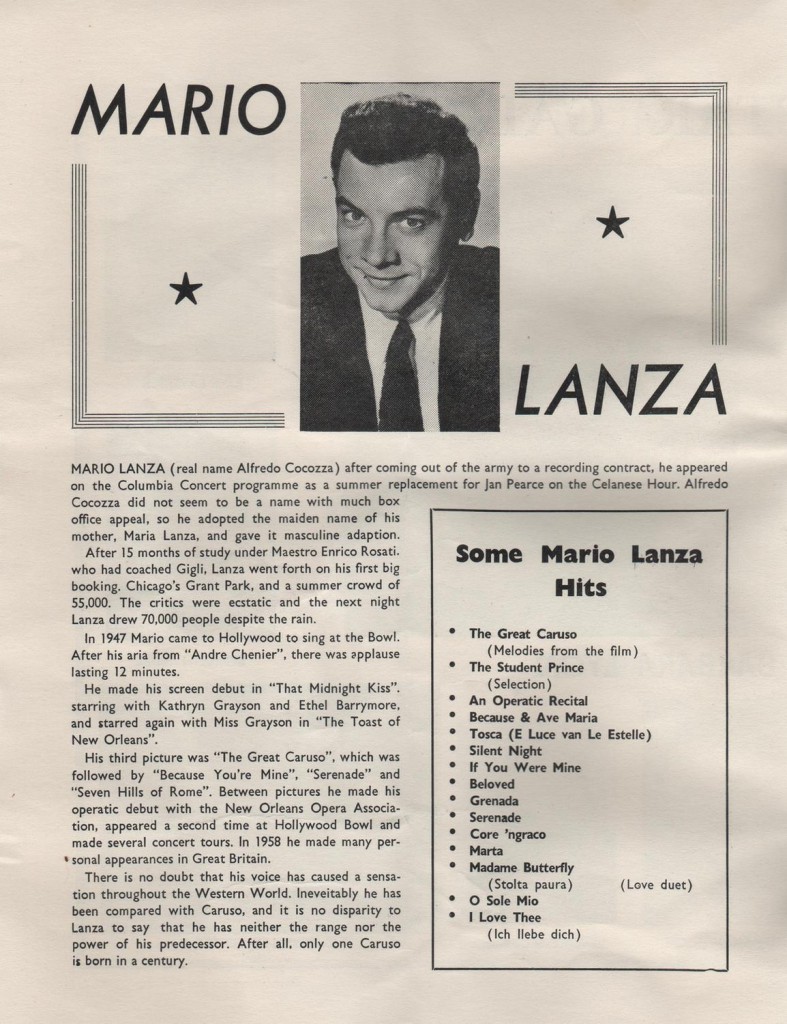 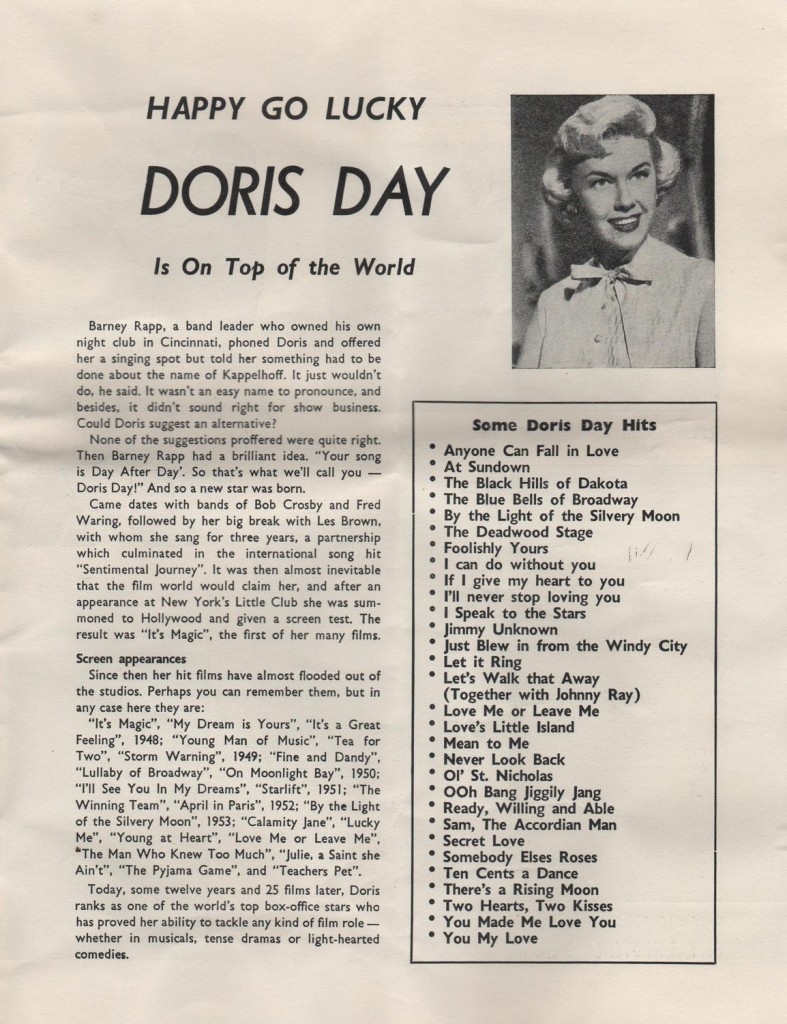 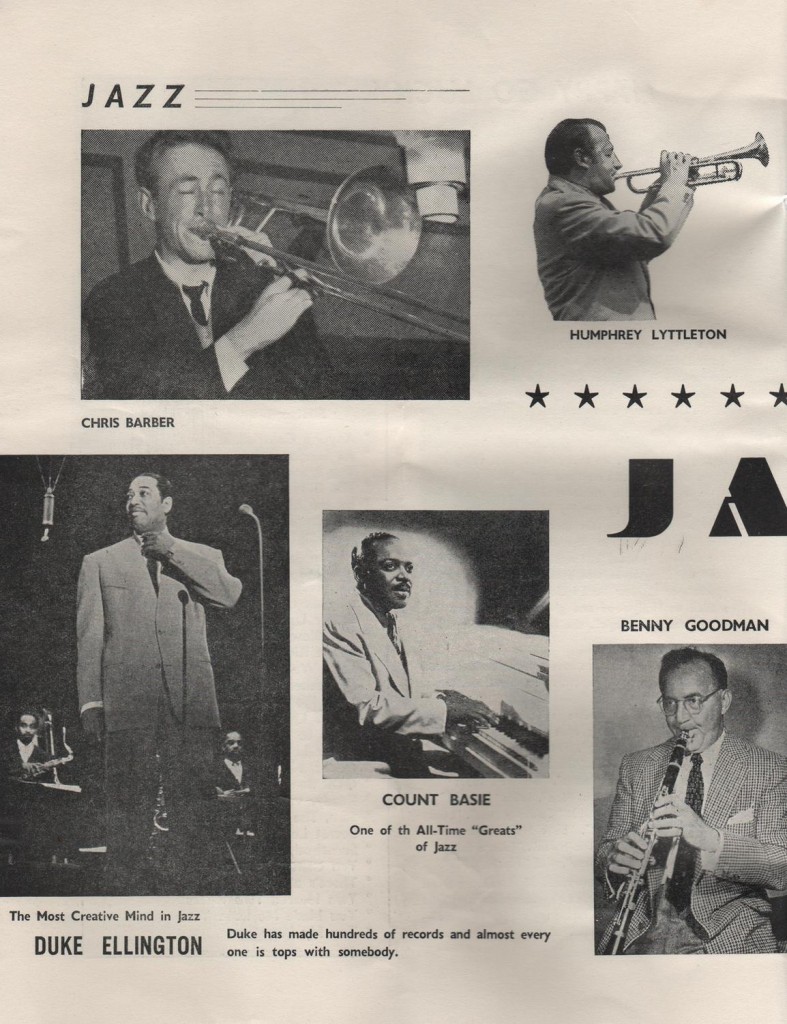 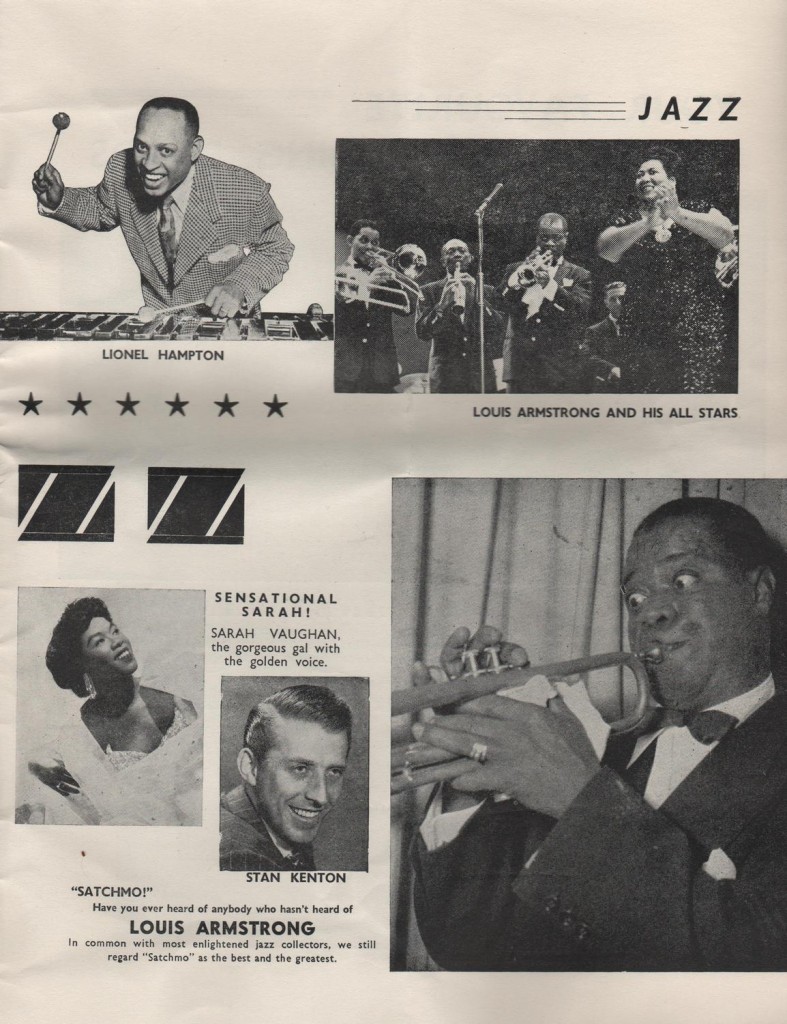 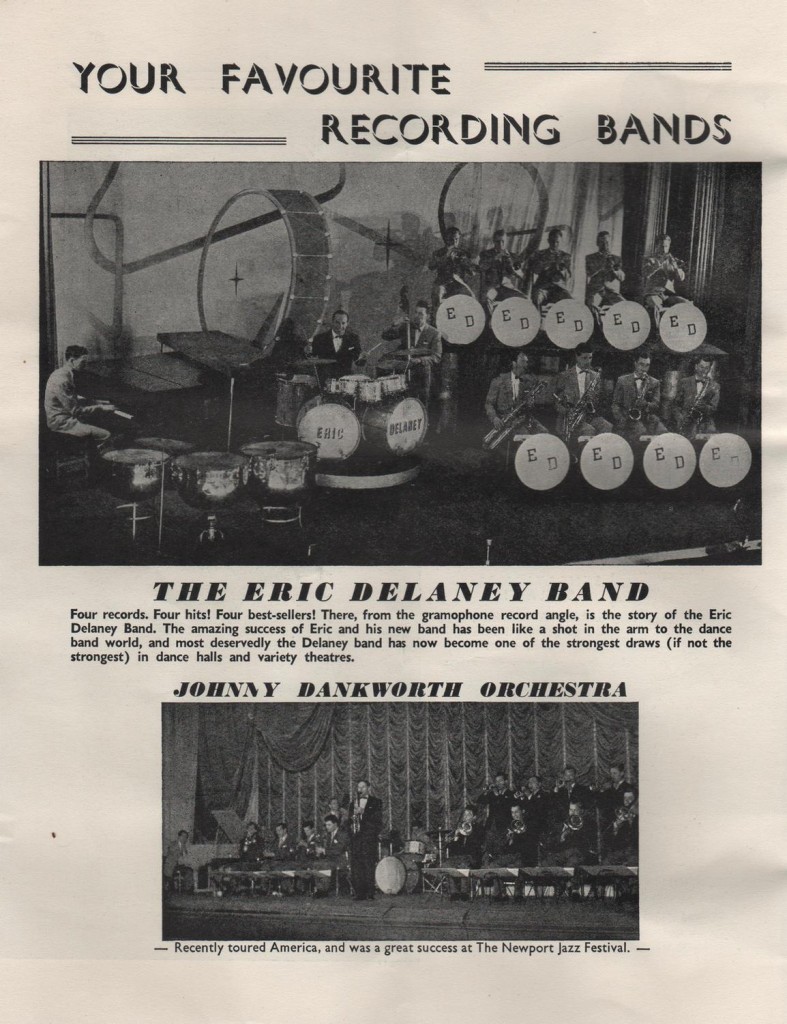 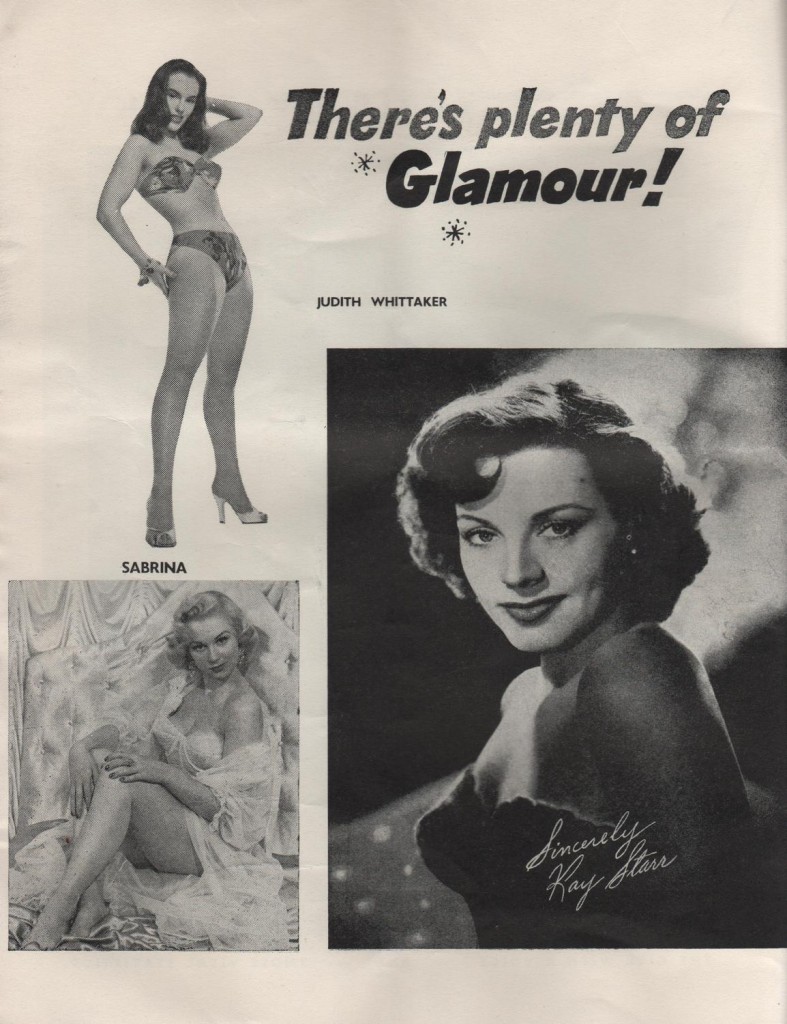 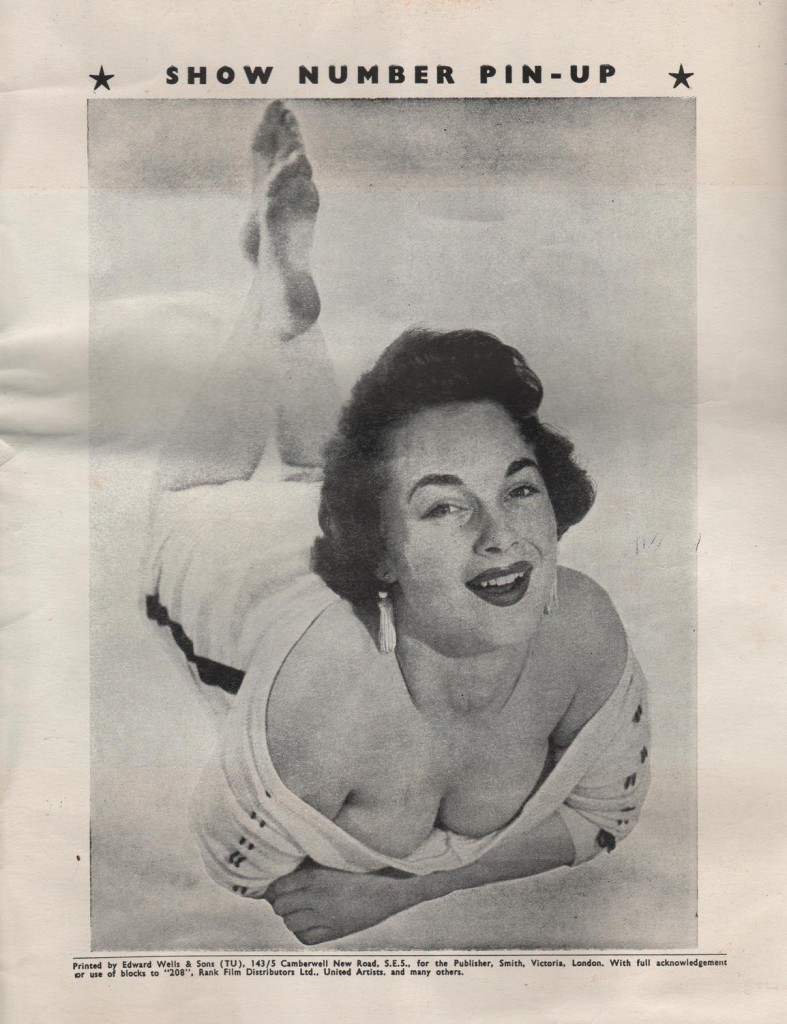 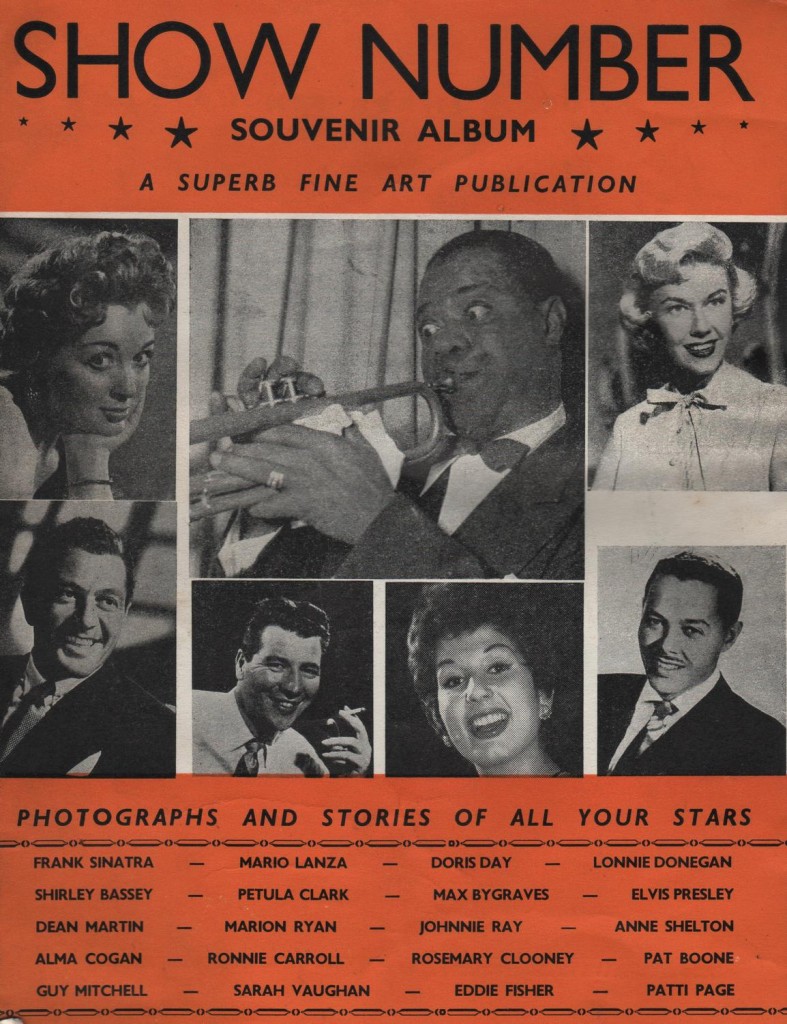