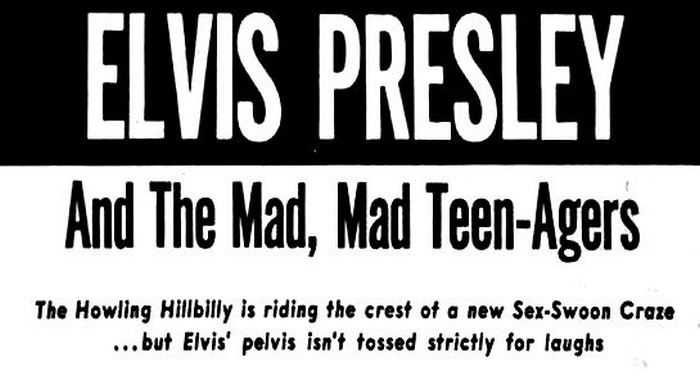 Here we have another interesting 50’s magazine!

In their last issue, from November 1956, RAVE had swept the floor with the biggest thing in showbusiness in an article entitled Elvis Presley and the Mad, Mad Teen-Agers.

In response to this, the editors had received hundreds of angry letters from the fans, and “in the interest of fair play” decided to give these fans the chance to talk back by publishing (parts of) these letters. 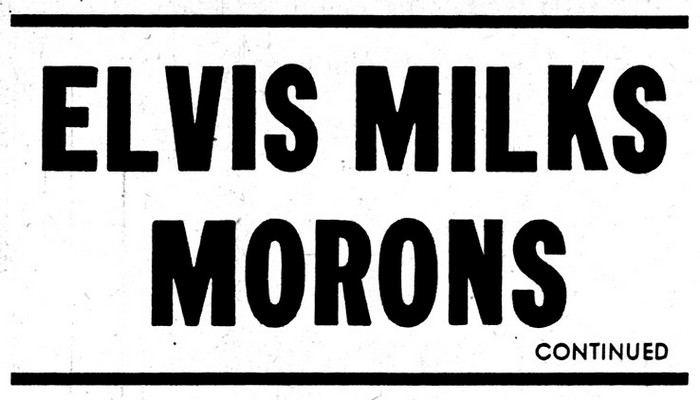 RAVE:
“In spite of the fact that Elvis’ defenders are 90 per cent girls, said letters contain more obscenities than the Marine Corps has uttered in its entire history.”

Some of the fans’ reactions:
“You should be hung by your toes and have your throat slit …”
“I wish you would be shot in the mouth by a canon, you big bum!”

Needless to say the gossip magazine had the final saying in the matter. In their next issue (from April 1957) they would present a huge article entitled How Elvis Milks Teen-Age Morons, spread over no less than 14 pages. 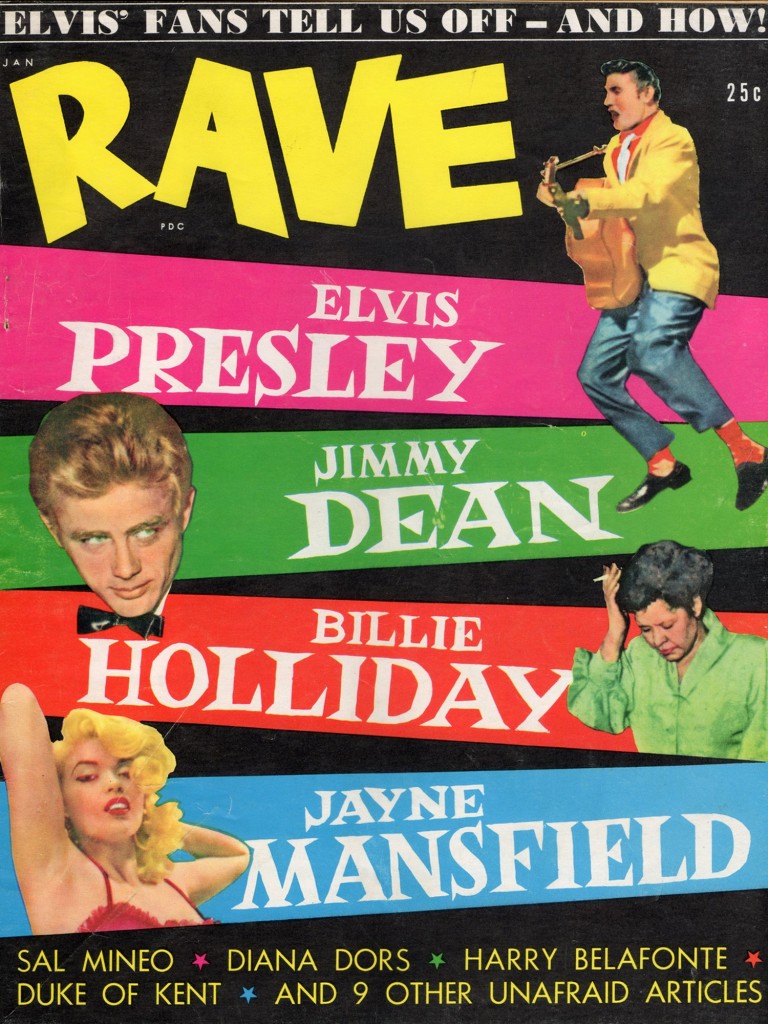 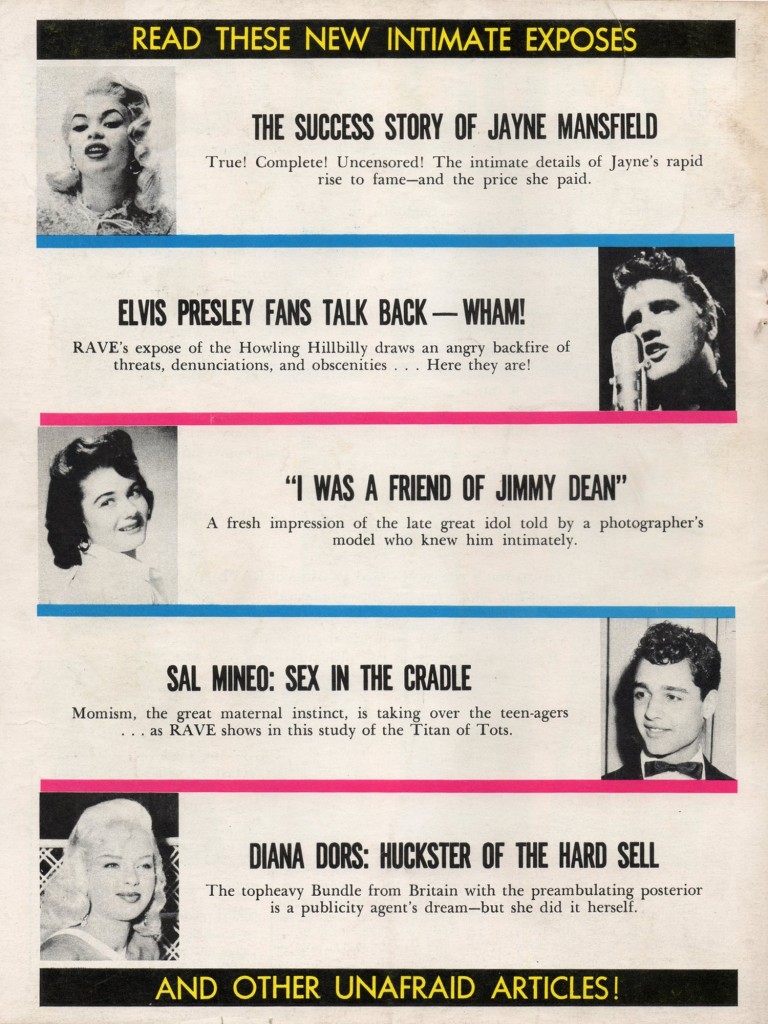 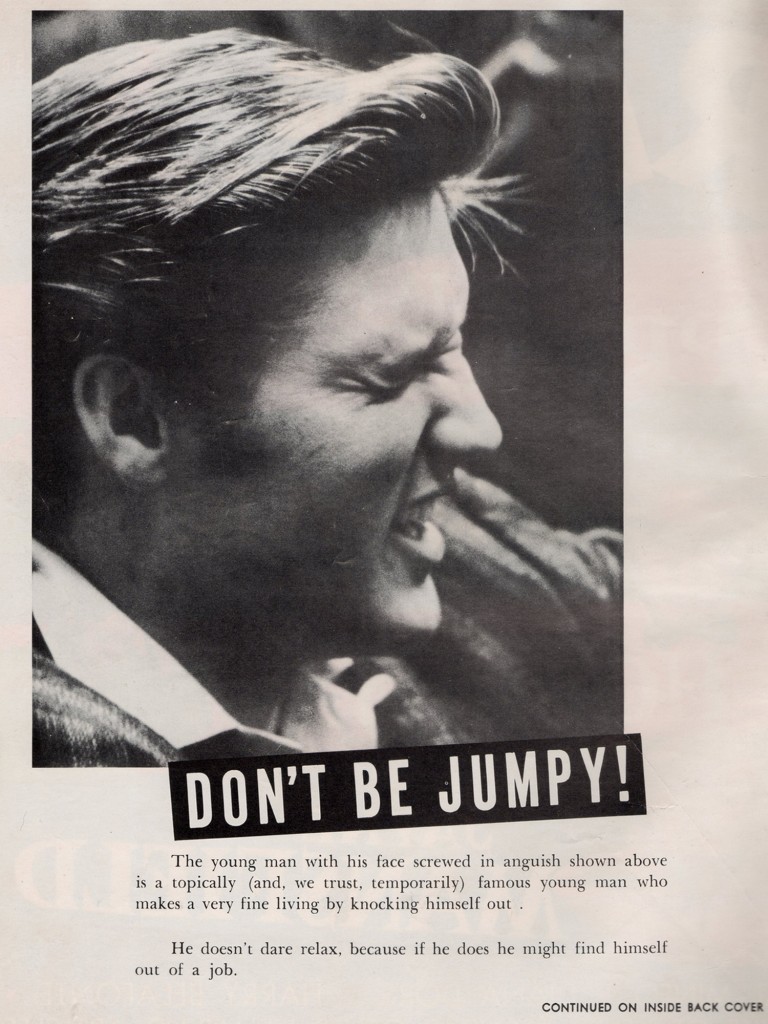 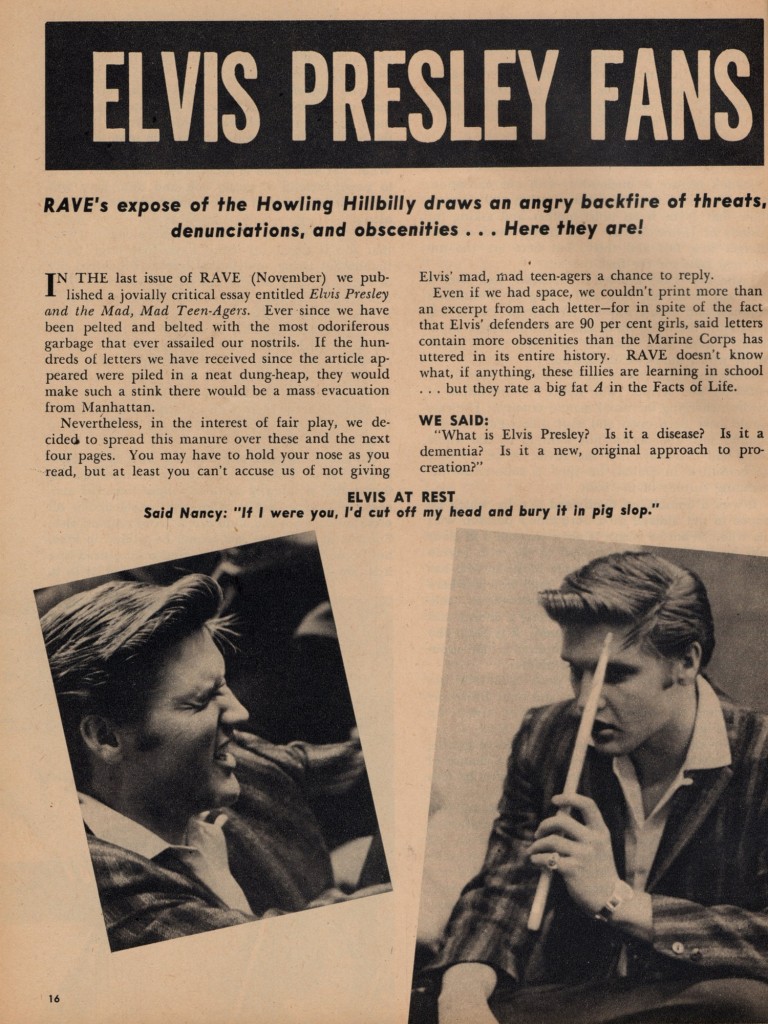 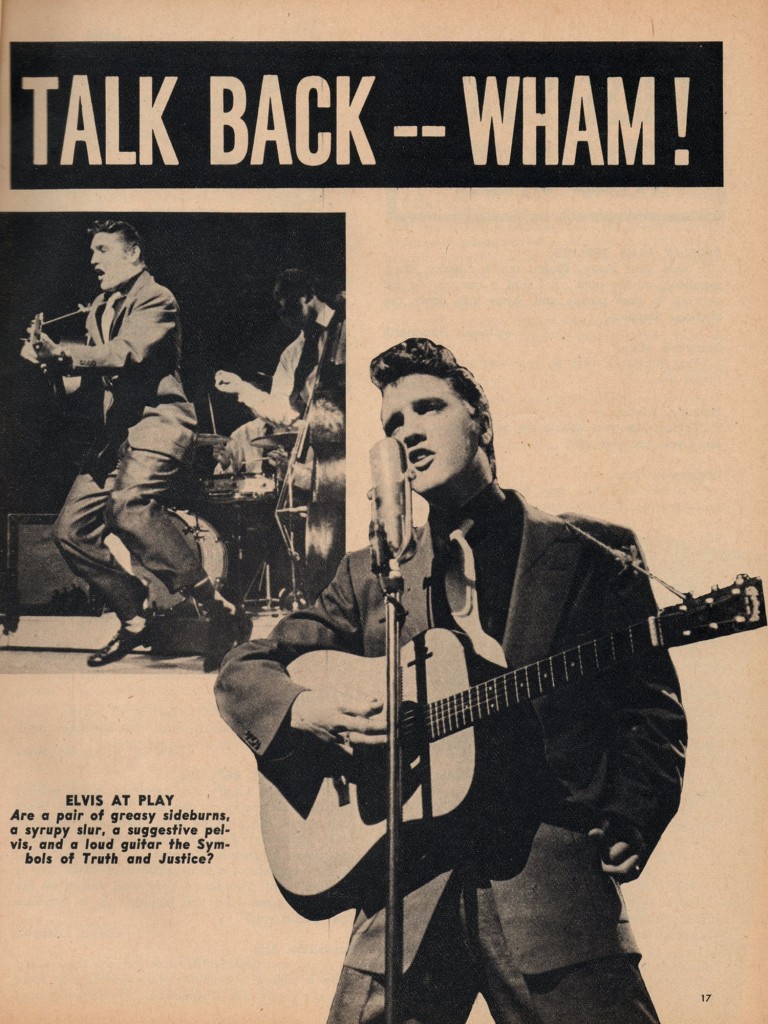 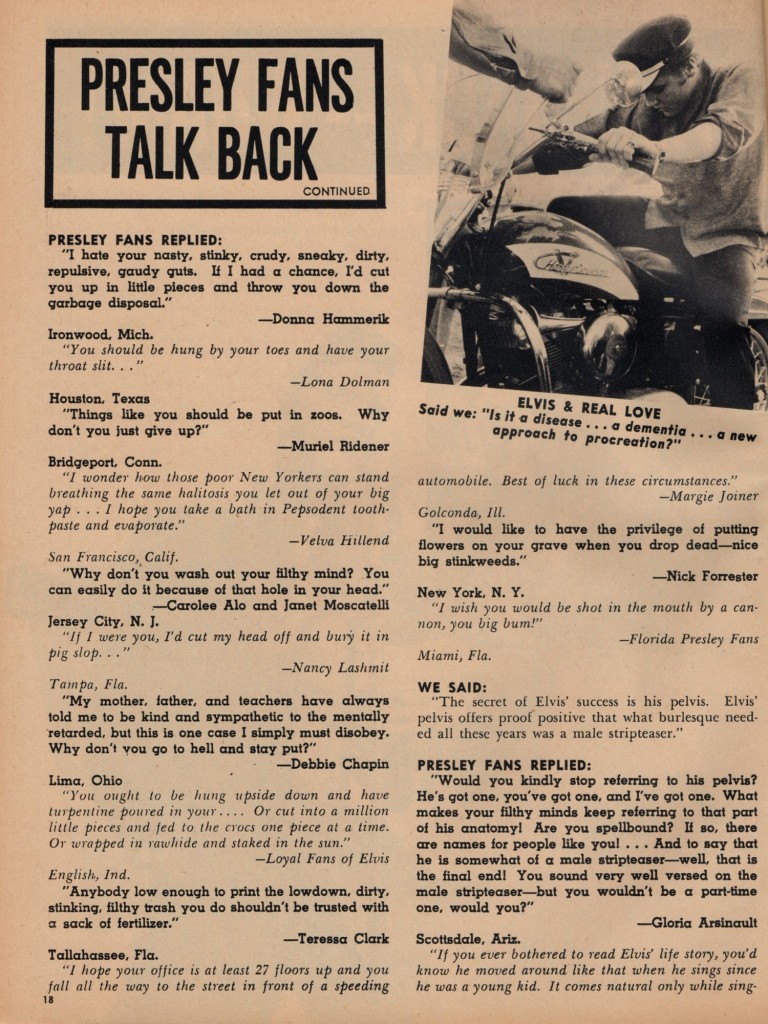 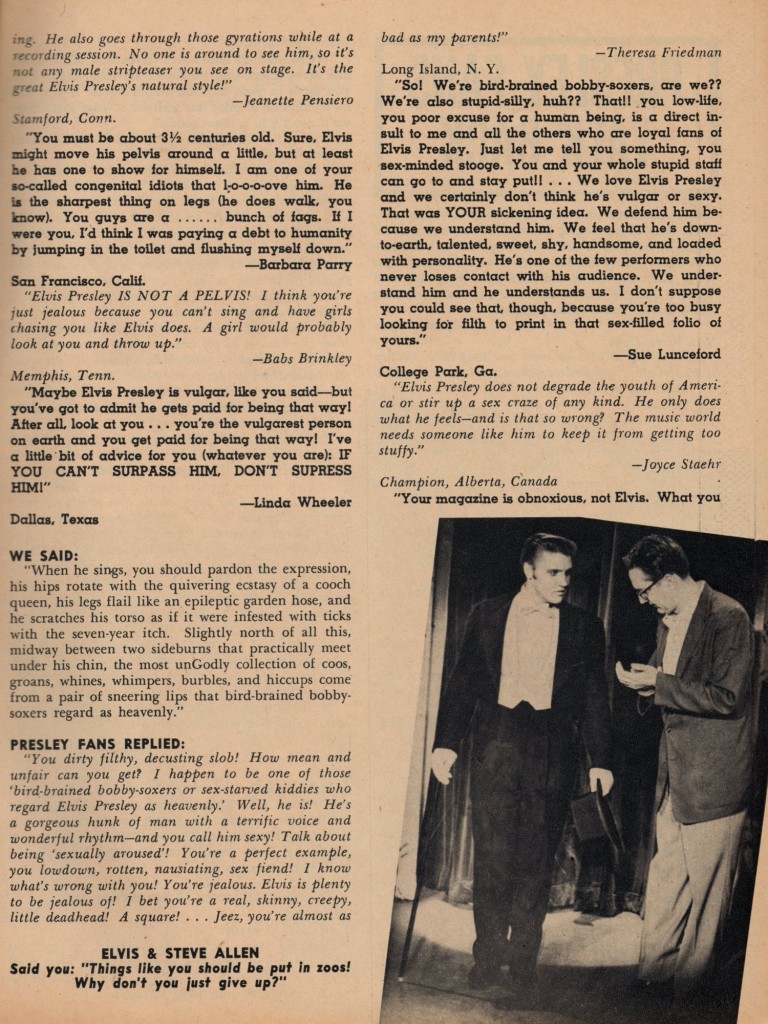 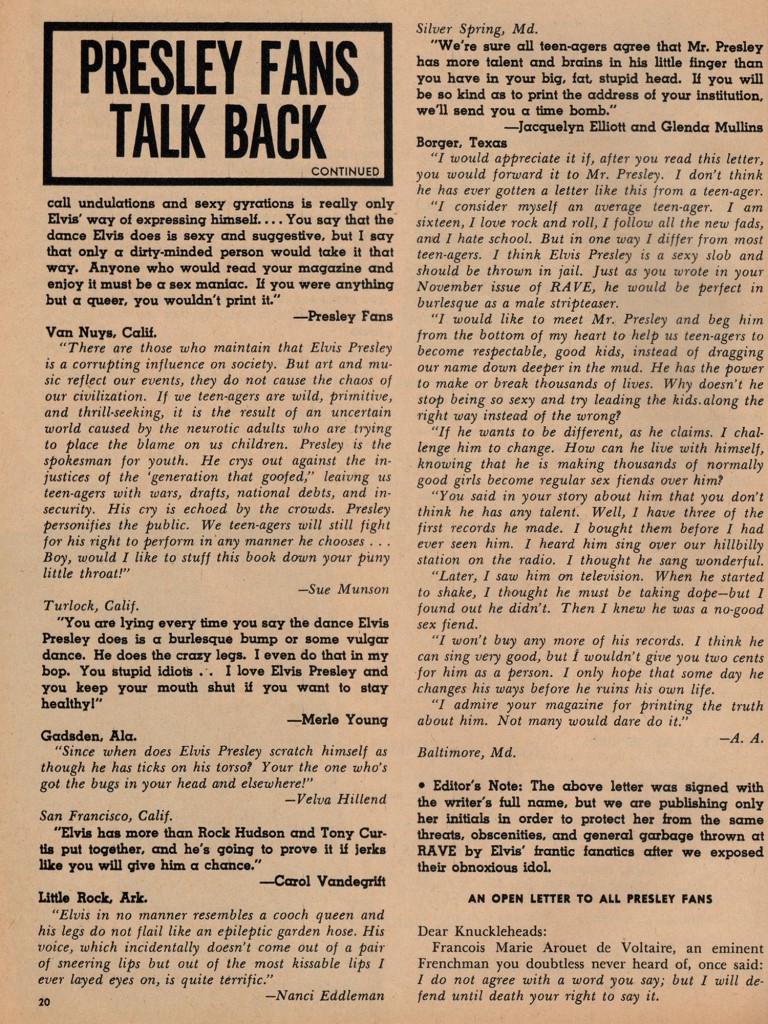 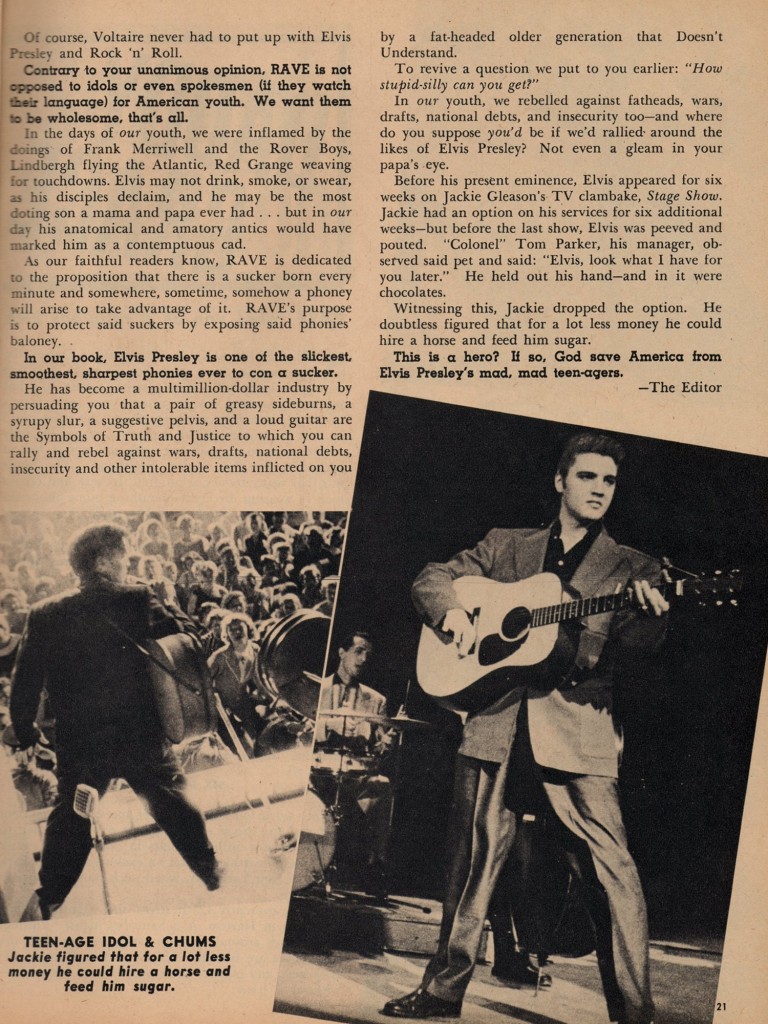