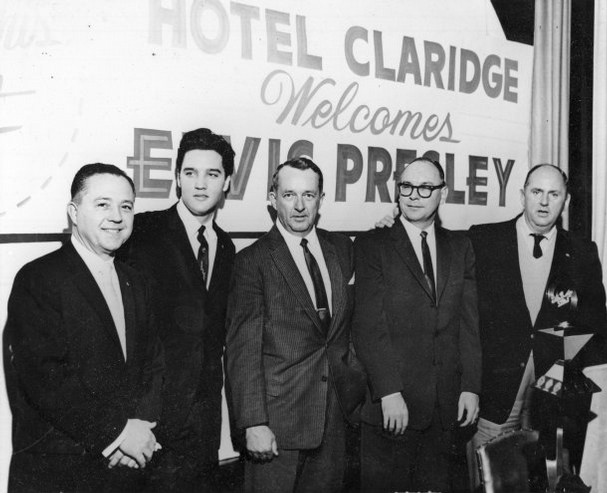 After his return, from 2 years in the US Army, in March of 1960, Elvis had one hell of a busy work schedule awaiting him. A guest appearance in the Sinatra tv show, extensive recording sessions in both Nashville and Hollywood, and no less than three motion pictures: G.I.Blues, Flaming Star and Wild In The Country, completed in only 11 months time! To make up for not performing live on stage (anywhere) during those 11 months since his homecoming, 2 concerts in Memphis were set for February 25, 1961, at Ellis Auditorium’s North Hall. One in the afternoon at 3.00, and an evening performance at 8.30 pm.

The promotion for these two shows were limited to ads in both Memphis newspapers. That’s kinda curious. When a month later, in March, Presley’s management and RCA pulled out all stops placing a full page ad in one (or more?) music-biz trade magazines for the upcoming Honolulu show in Hawaii on March the 25th. That particular full page ad, sporting a 1957 photo of Elvis in his gold lame suit, is often, mistakingly, presented as the actual concert poster for the Hawaii show. As far as I know, no concert posters for that one day event were ever printed. Just the full page ad was made to promote the show. Newspaper ads however do exist, originating from Hawaii at the time. 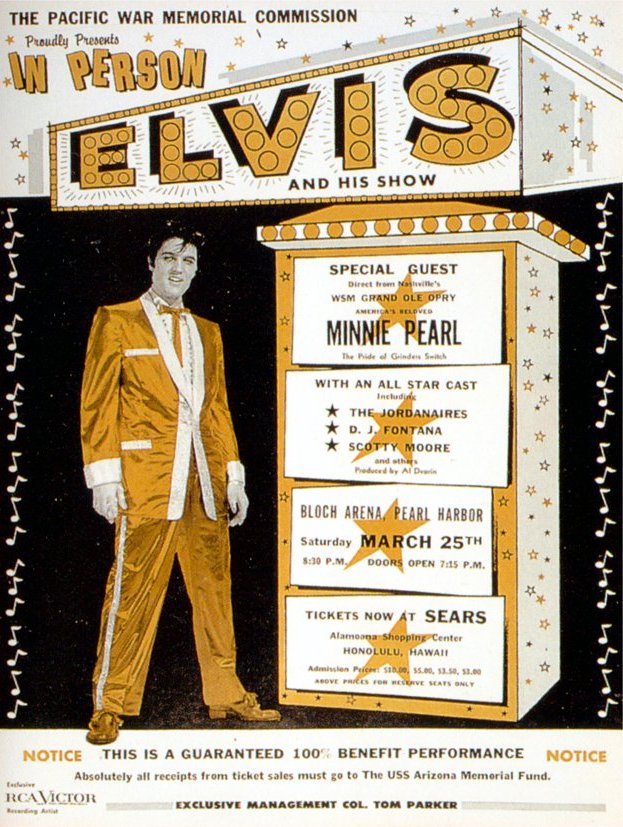 Imagine my surprise when I recently discovered a near identical full page ad for the two Memphis shows! Identical in its basic design to the Hawaii one, but with the information linked to the Memphis shows! I do not doubt this ad to be the real thing. Not for a split second! This is not a fake ad that has originated on a computer, made by an over active joker with a good eye for design. The question spinning in my head is: how come this ad has never turned up before among collectors and Elvis detectives worldwide?! Was it made back in 1961, by the Colonel and RCA, but not used and placed back in a drawer of the Colonel’s office desk? Did the Colonel and RCA figured out advertising cost for inclusion of both the Memphis and Honolulu ads in the Music-trade magazines would run things over budget? After all, the concerts took place only one month after each other. Besides gaining publicity for the events, the ads had no real commercial value since no film title or upcoming album was promoted in the ads …

To the left the Hawaii ad, and below the Memphis companion: 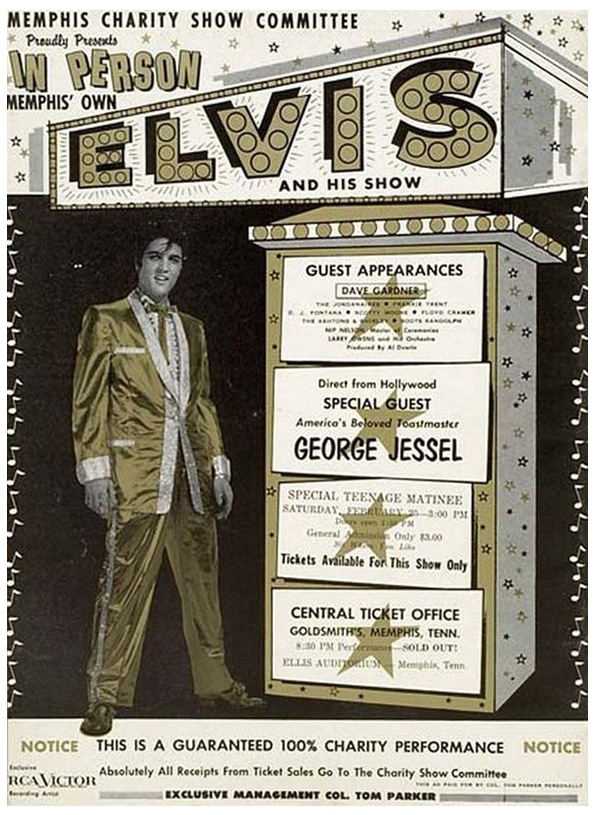 Here we have an orignal ticket (front and back) for the afternoon show: 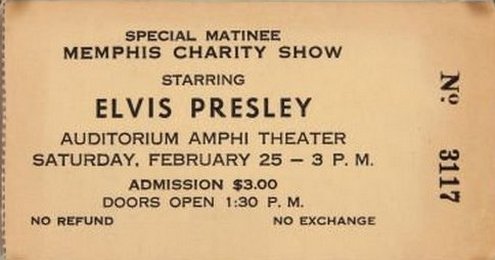 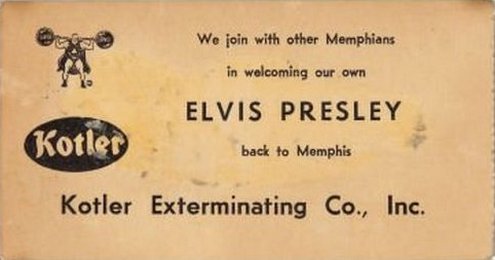 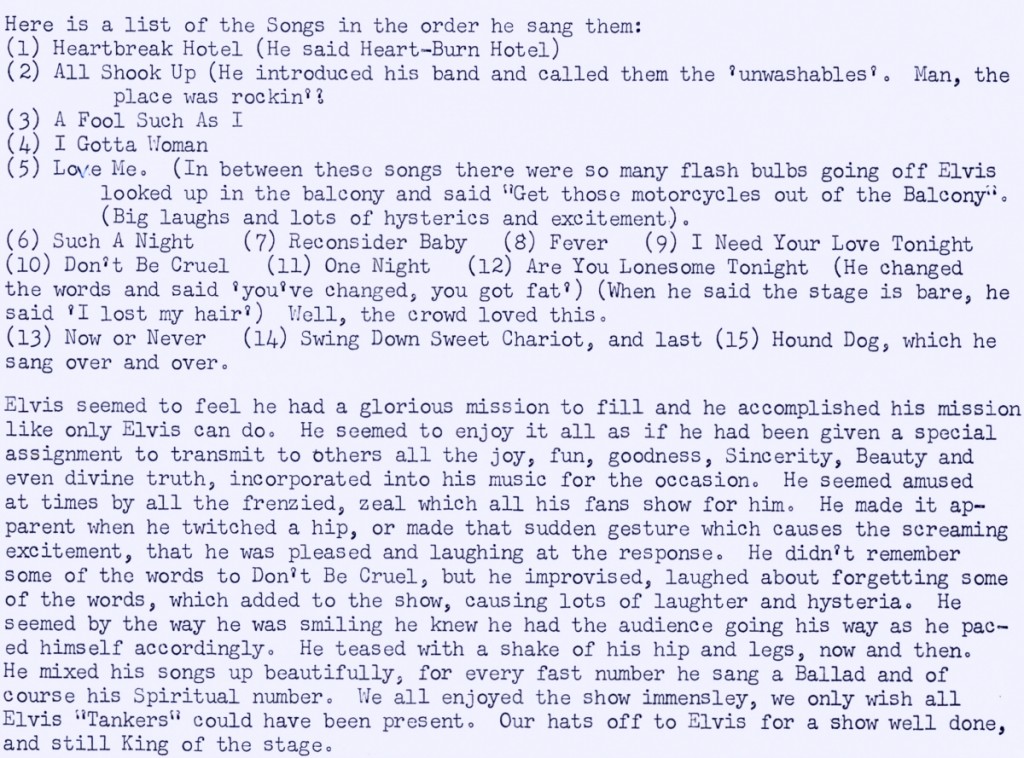 Plus the song round-up and short review from that same mag. 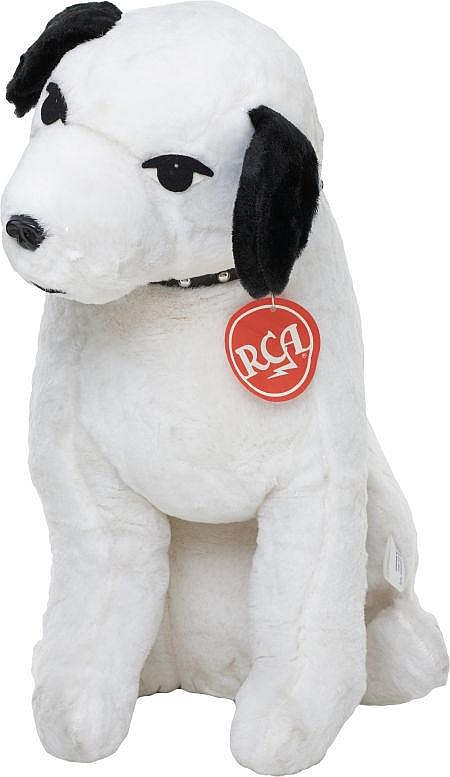 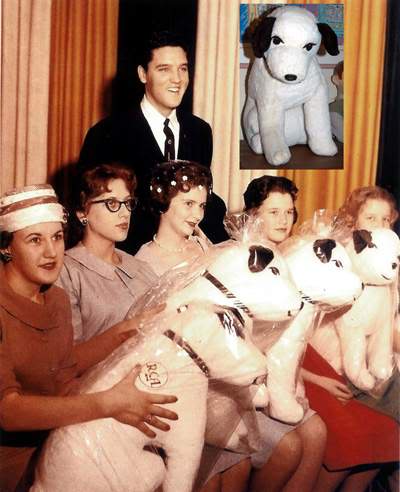 The dogs were giveaways for special guests, only used that day. 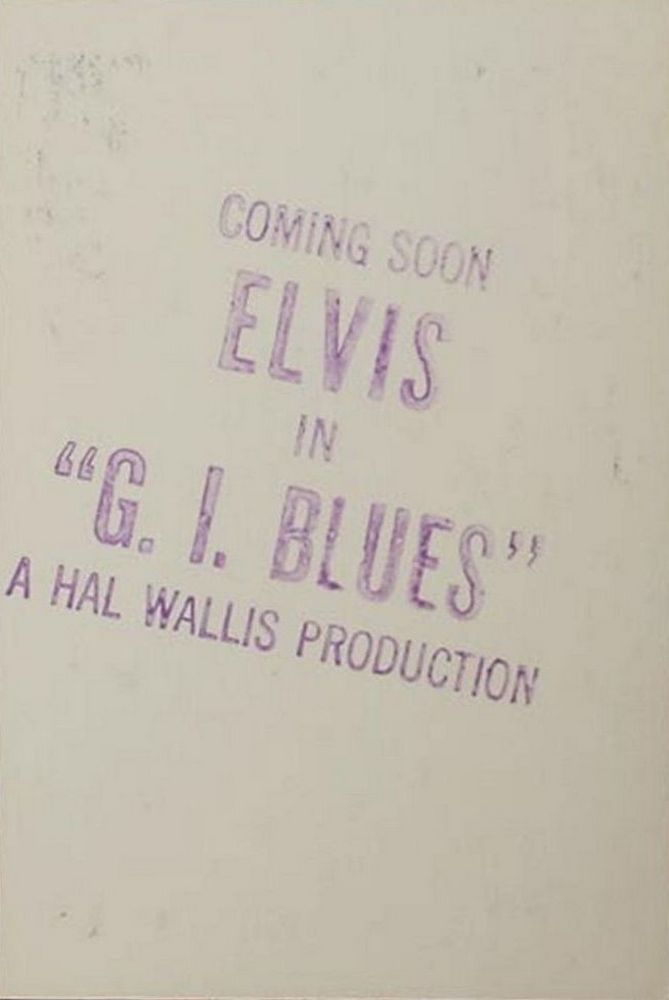 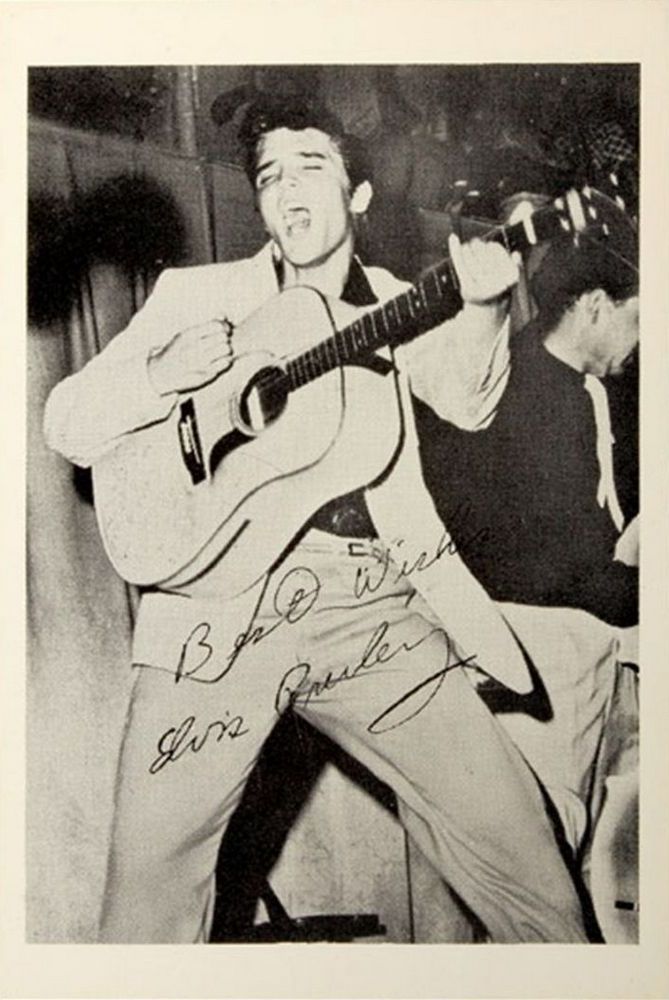 The old fox never lost his tricks, nor his Dutch roots:
leftovers from 1956 were used to promote the 1960 movie G.I. Blues during the Memphis shows. 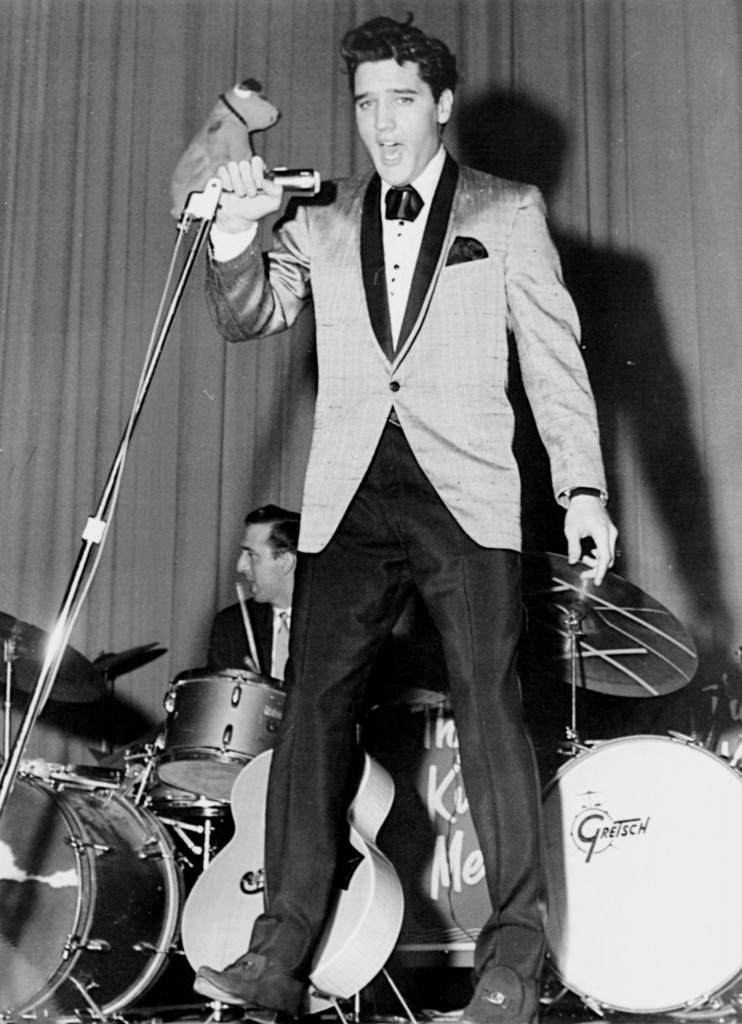 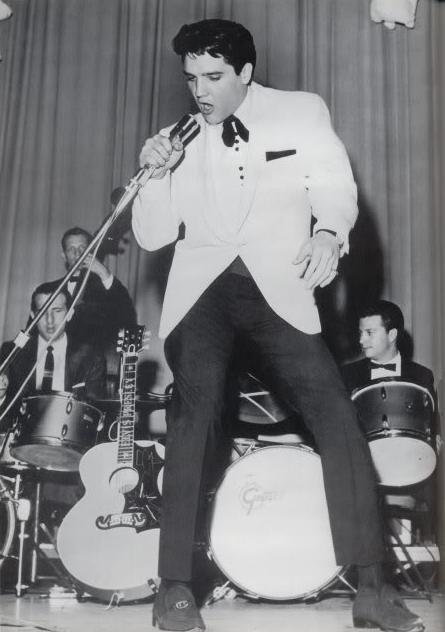 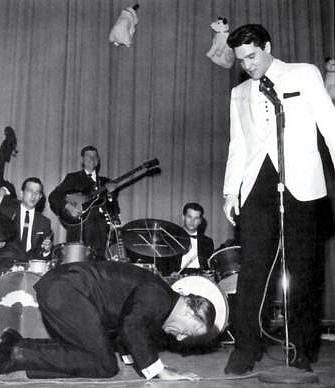 To the left a shot from the evening show.

And to the right two shots from the afternoon show (where Master of ceremony, George Jessel, salutes The King).