Welcome to the 3rd and final installment of our exploration into the world of early Rock ‘n Roll Fan Club cards! 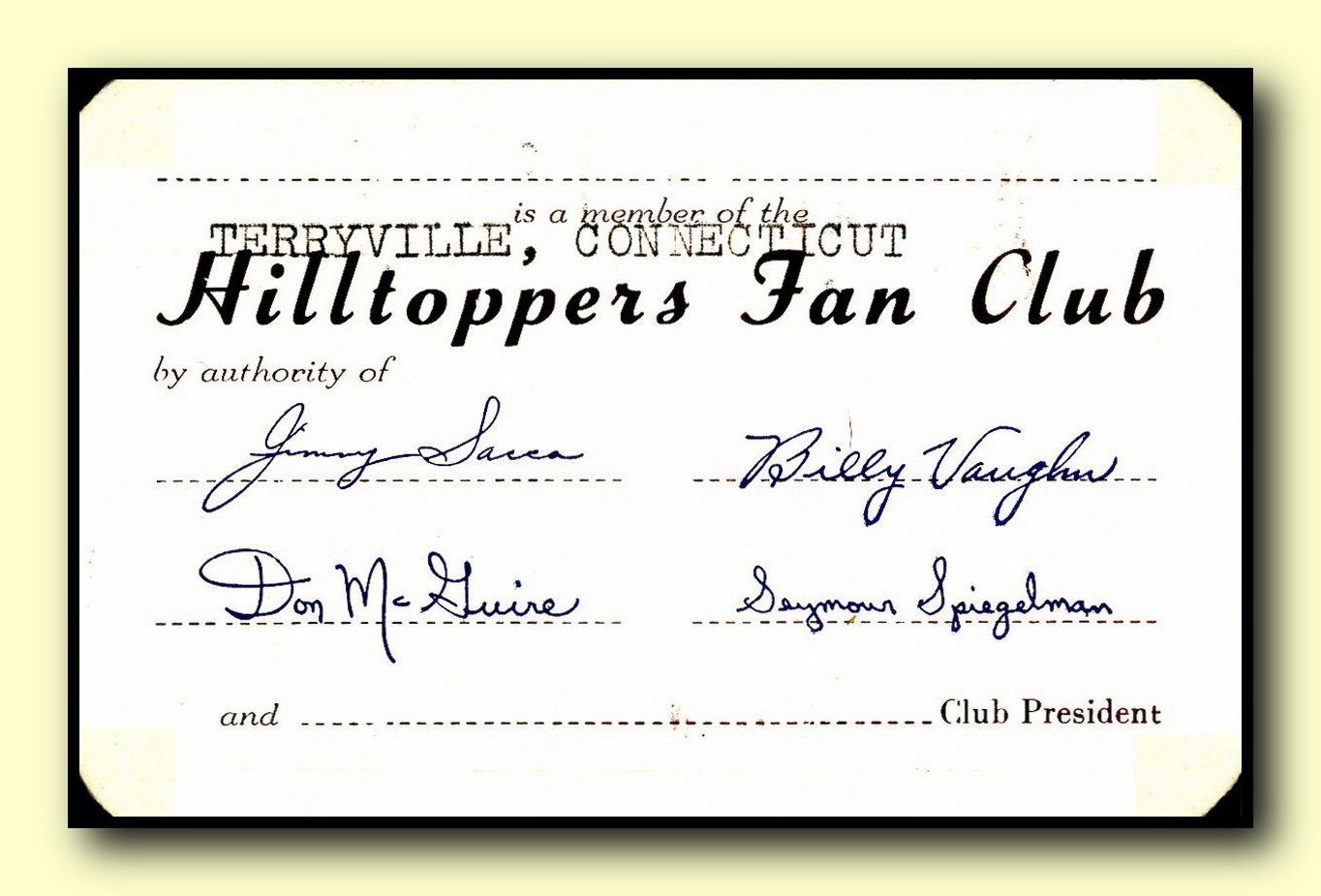 Group Recording Stars were popular well prior to the dawn of Rock ‘n Roll. Groups like The Mills Brothers, The Ink Spots and The Billy Williams Quartet were all producing their version of group harmony from the 1940’s into the 50’s. This led to the early 50’s pop sounds like that of The Hilltoppers and on to what came to be known as “The Plaid Era” or “The Four Era”, featuring groups like The Four Coins, The Four Lads, The Four Aces, The Four Preps and others.

We can, however, hear “the sound” of true early group harmony as early as the late 40’s and early 50’s with groups like The Ravens and The Orioles who paved the way for what was to follow. Most of these early doo-wop groups did not have Fan Clubs. Many simply began as four guys singing on the corner or in the high school gym. 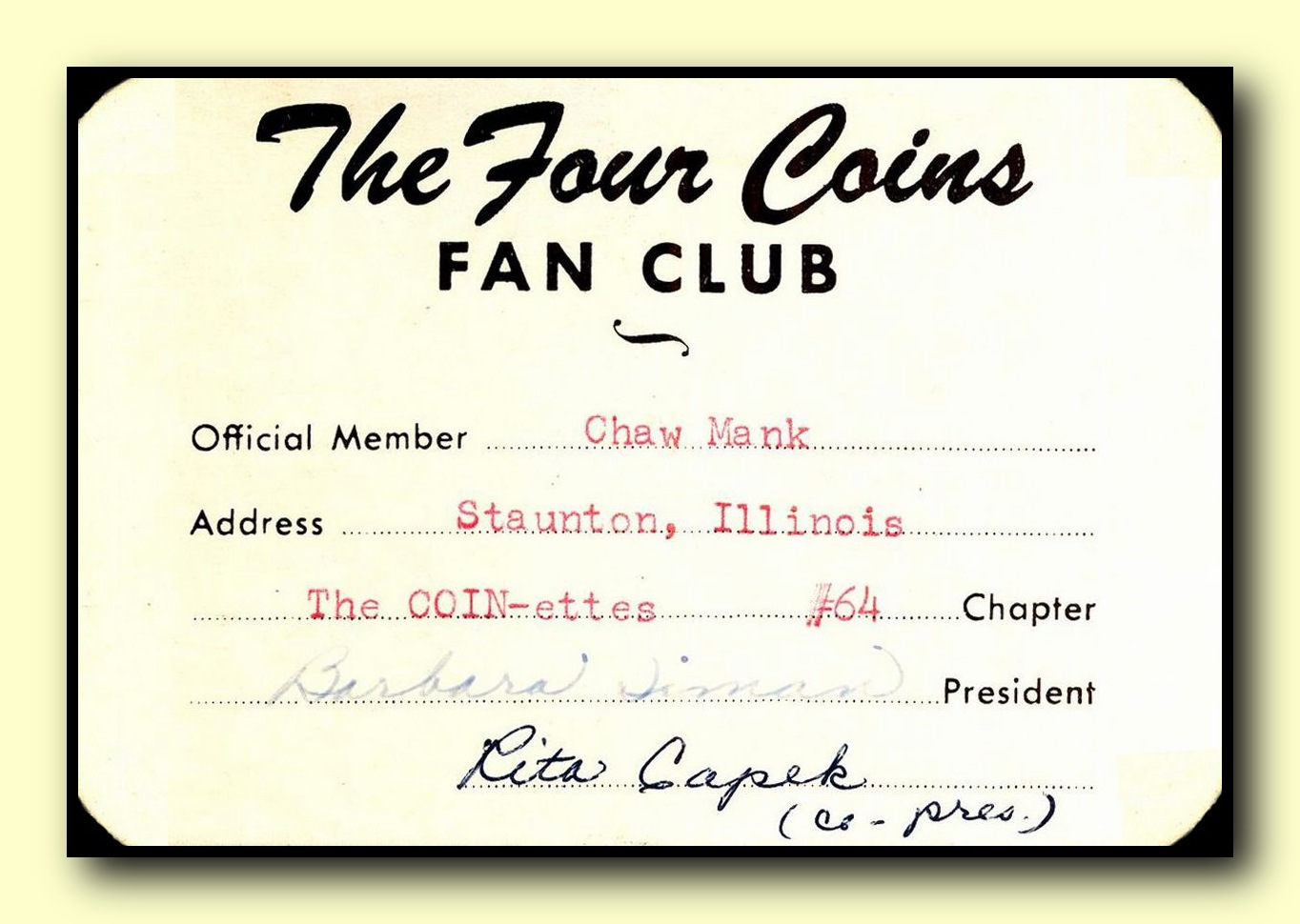 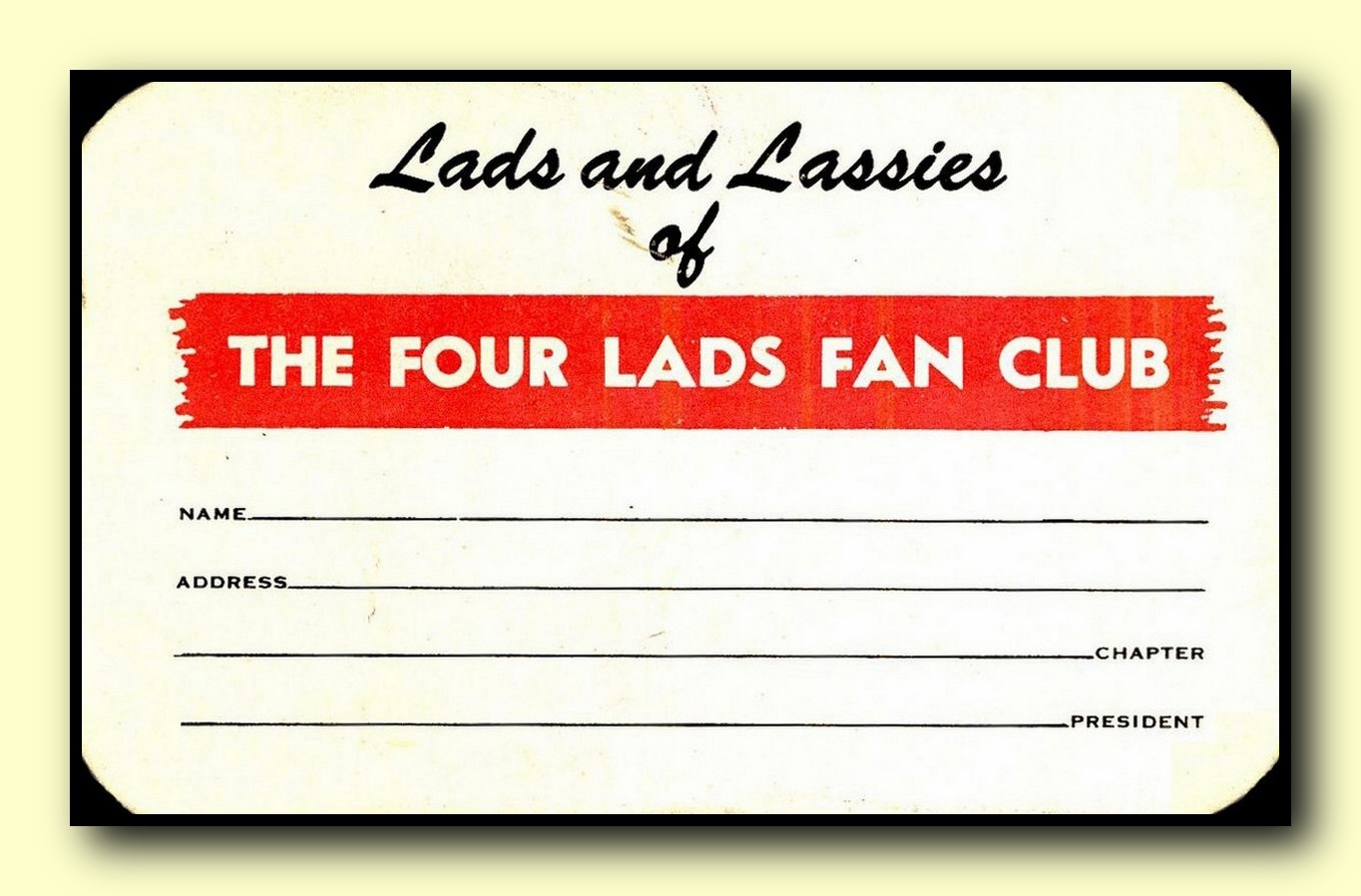 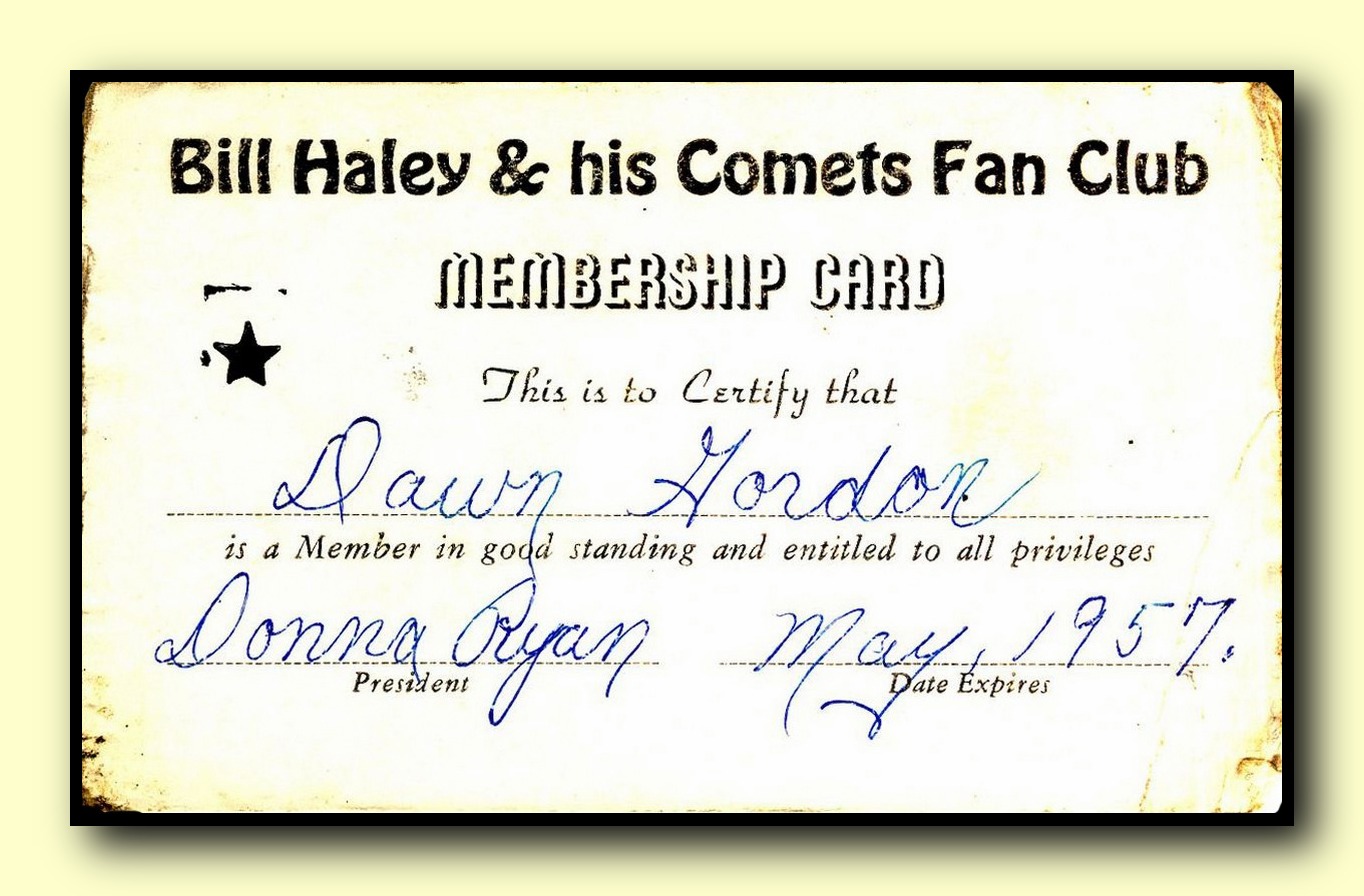 As the Rock ‘n Roll wave began to take off, other groups were formed consisting of basically a lead singer and a back up band rather than a harmonizing vocal group. Bill Haley And His Comets and Gene Vincent and His Blue Caps were really lead singers with back up bands. But soon, true Rock ‘n Roll groups as we know them were on their way. 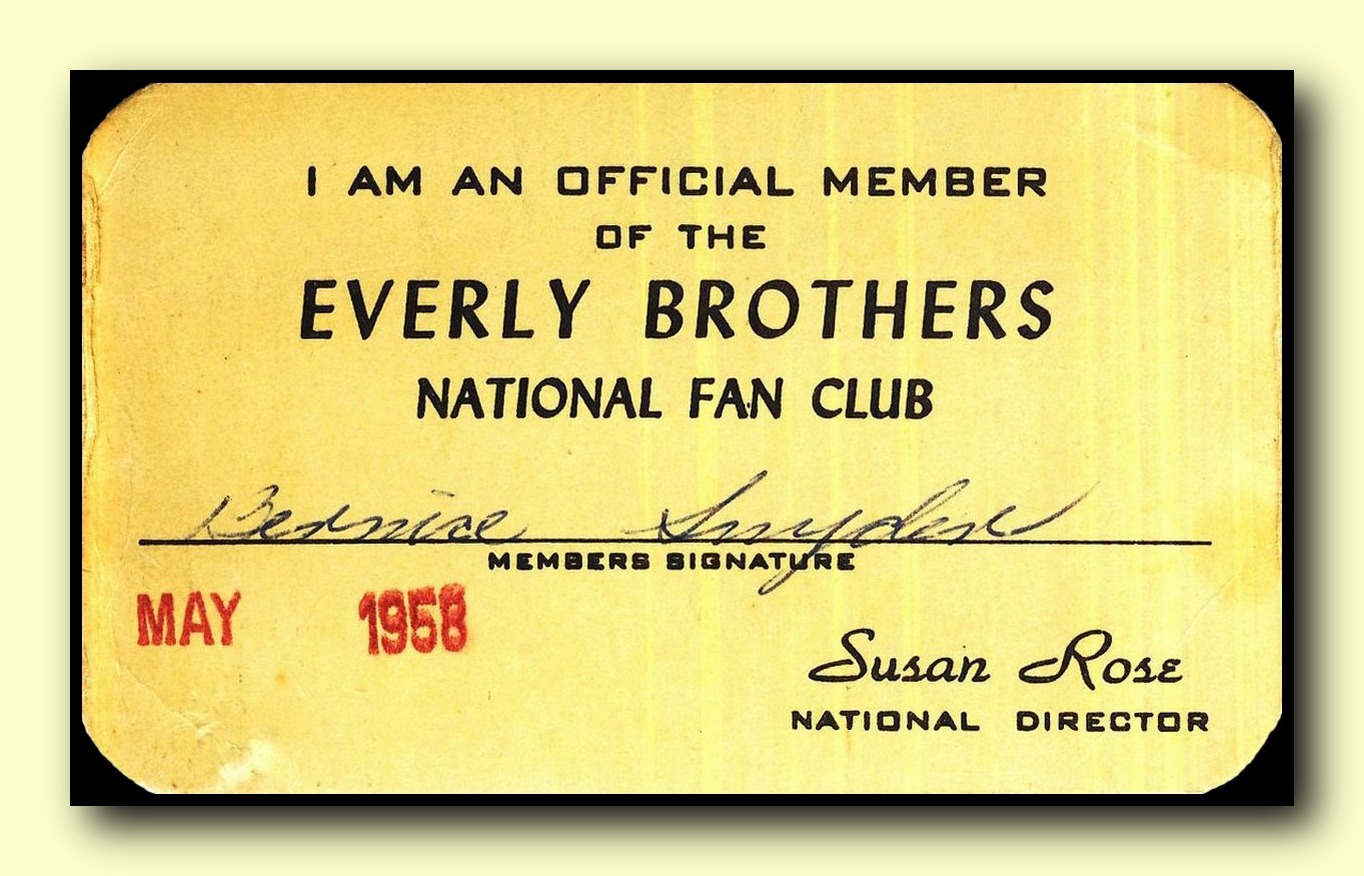 Interestingly, duo and trio groups were extremely popular in the early days of rock, although they’re rarely seen today. Duos like The Everly Brothers, Billy And Lillie, Dick And DeeDee, Johnny And Joe, Paul And Paula, Robert And Johnny, Shirley And Lee, Mickey And Sylvia, The Teen Queens, and even Jamie And Jani (actually Gene Pitney and Ginny Arnell) were all quite popular. As evidenced by the Fan Clubs, the fans seemed to support both members of the duo equally. 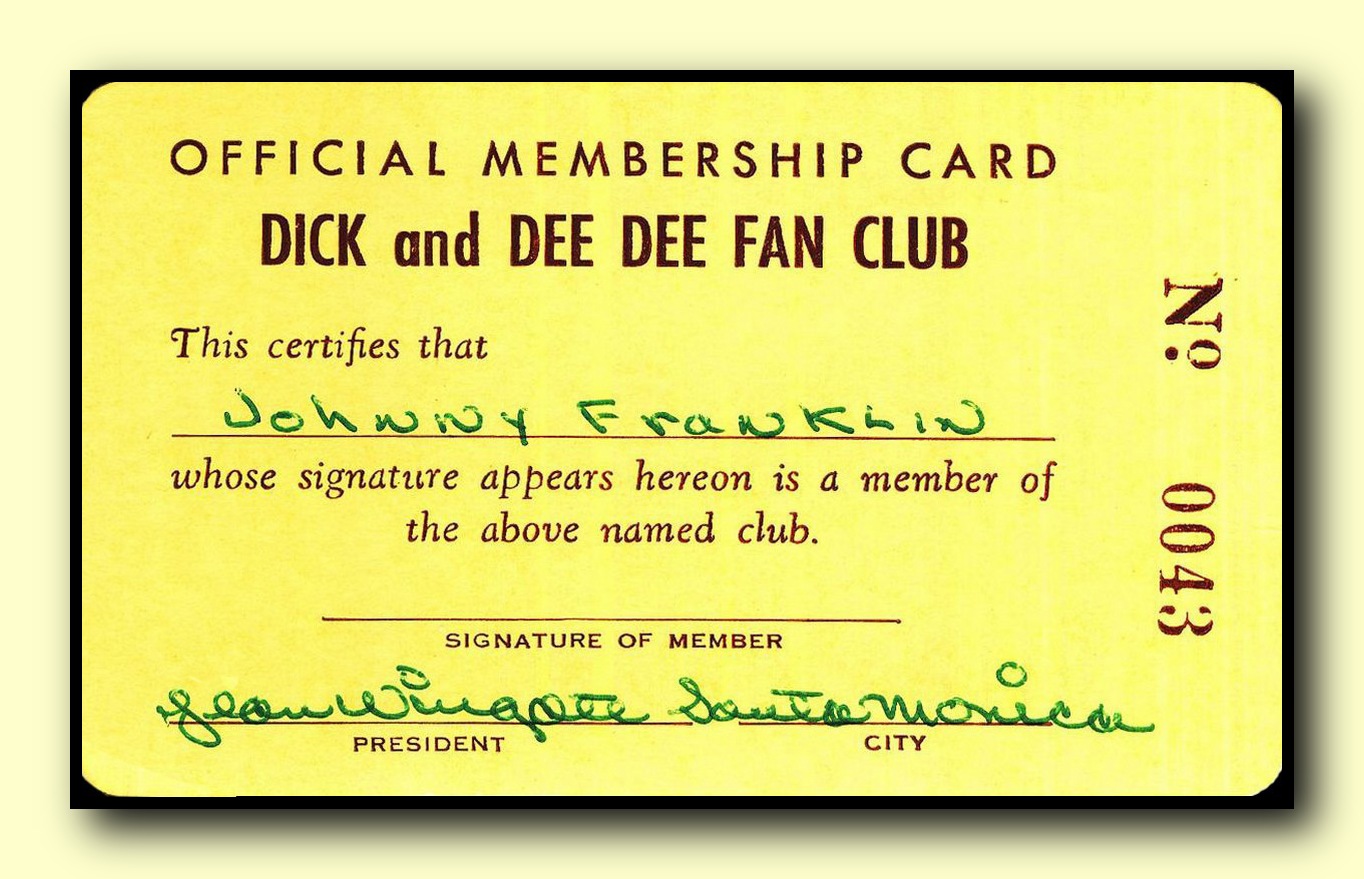 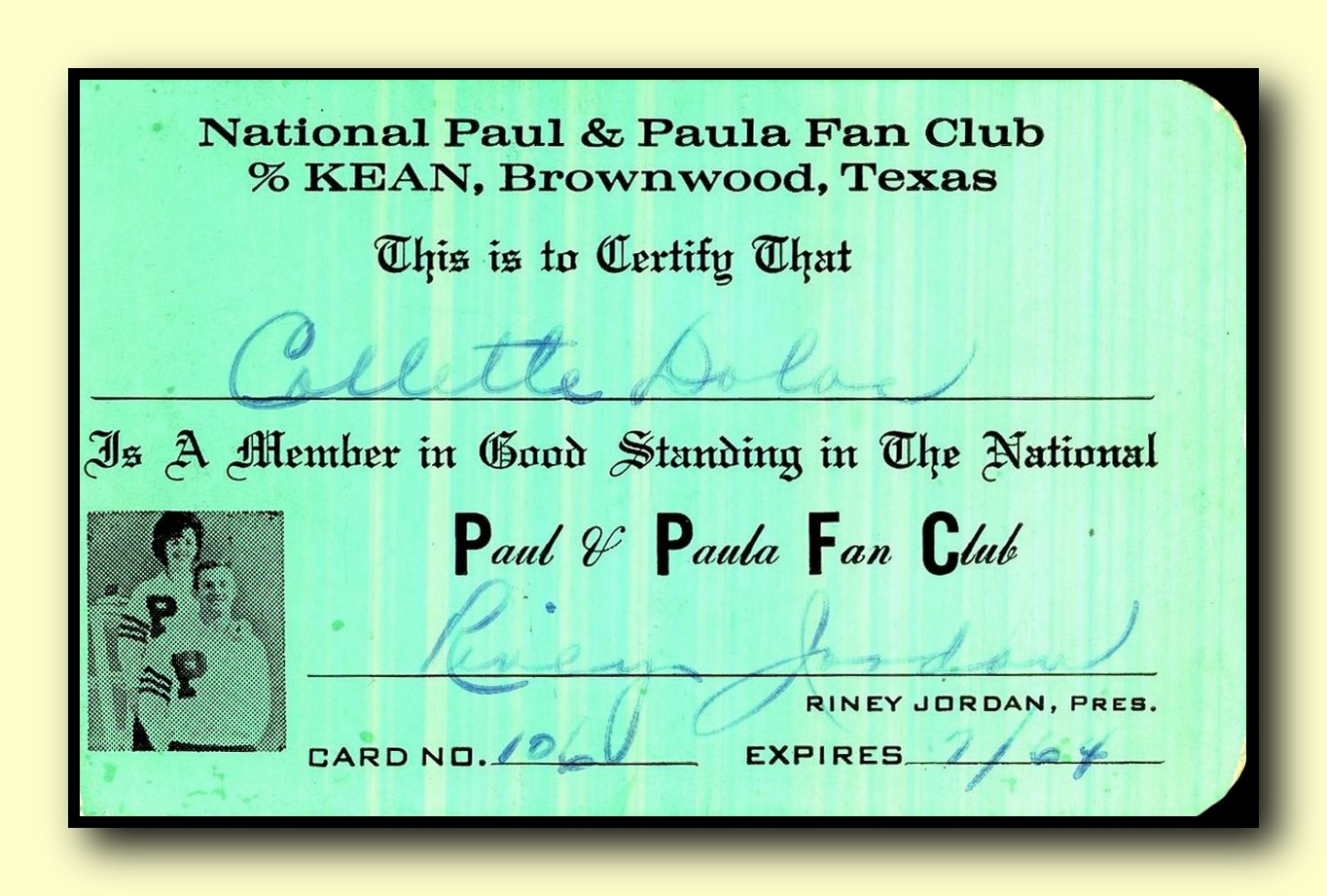 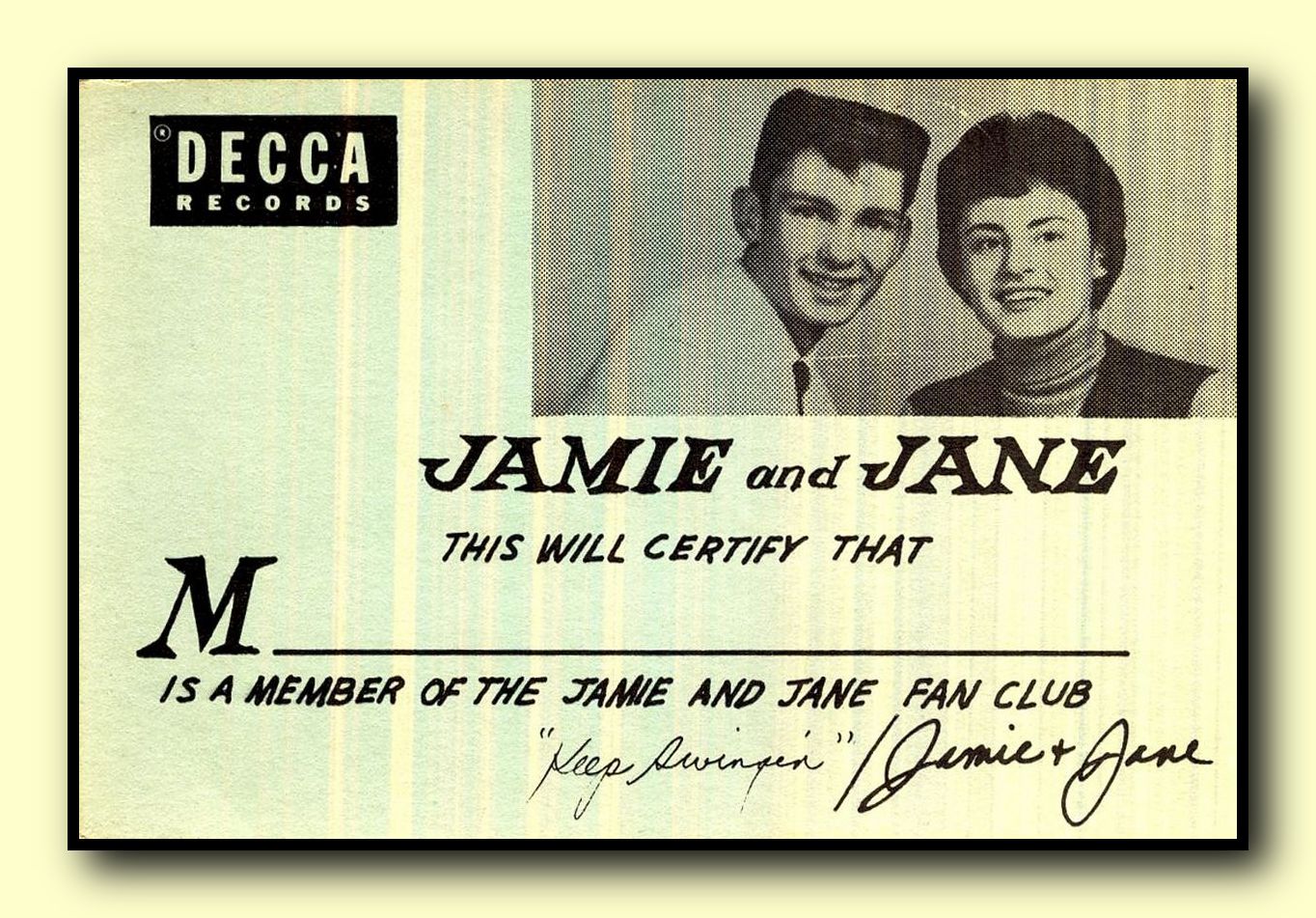 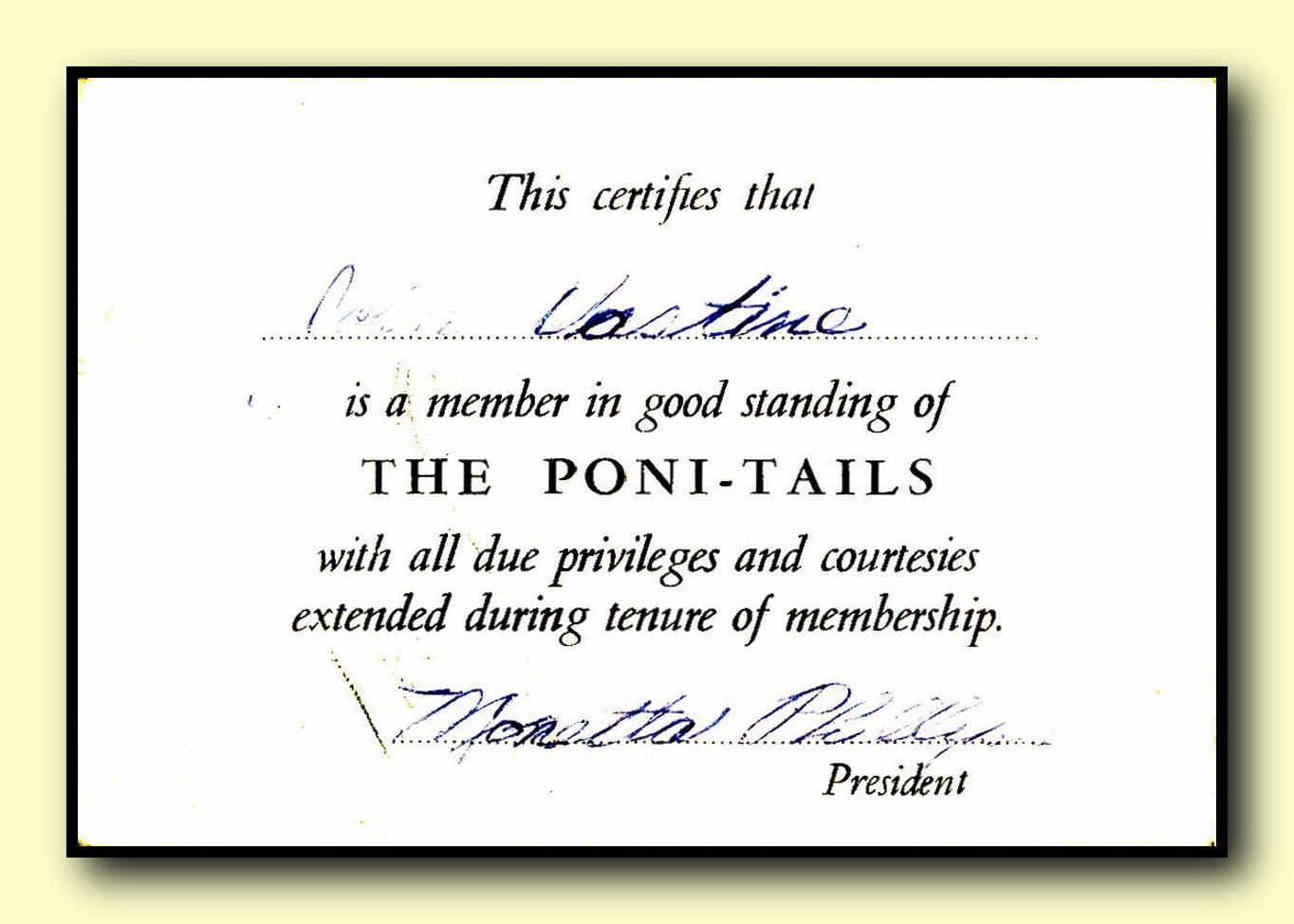 Trios were a bit less popular than duos, but many of the girl groups went in this direction with trios like The Poni Tails, The Angels, The Ronettes and Martha And The Vandellas. Although male and mixed trios like The Three Friends, The Fontane Sisters, The Three Chuckles and The Fleetwoods were popular as well.
But many would argue that the real true sound of rock in the mid and late 50’s were those groups of four or more members. Here, the true harmonic sound of the era is most evident.
It’s interesting to note that those groups with a “named” lead singer had the strongest fan club base as the fans were often there to support the lead singer. 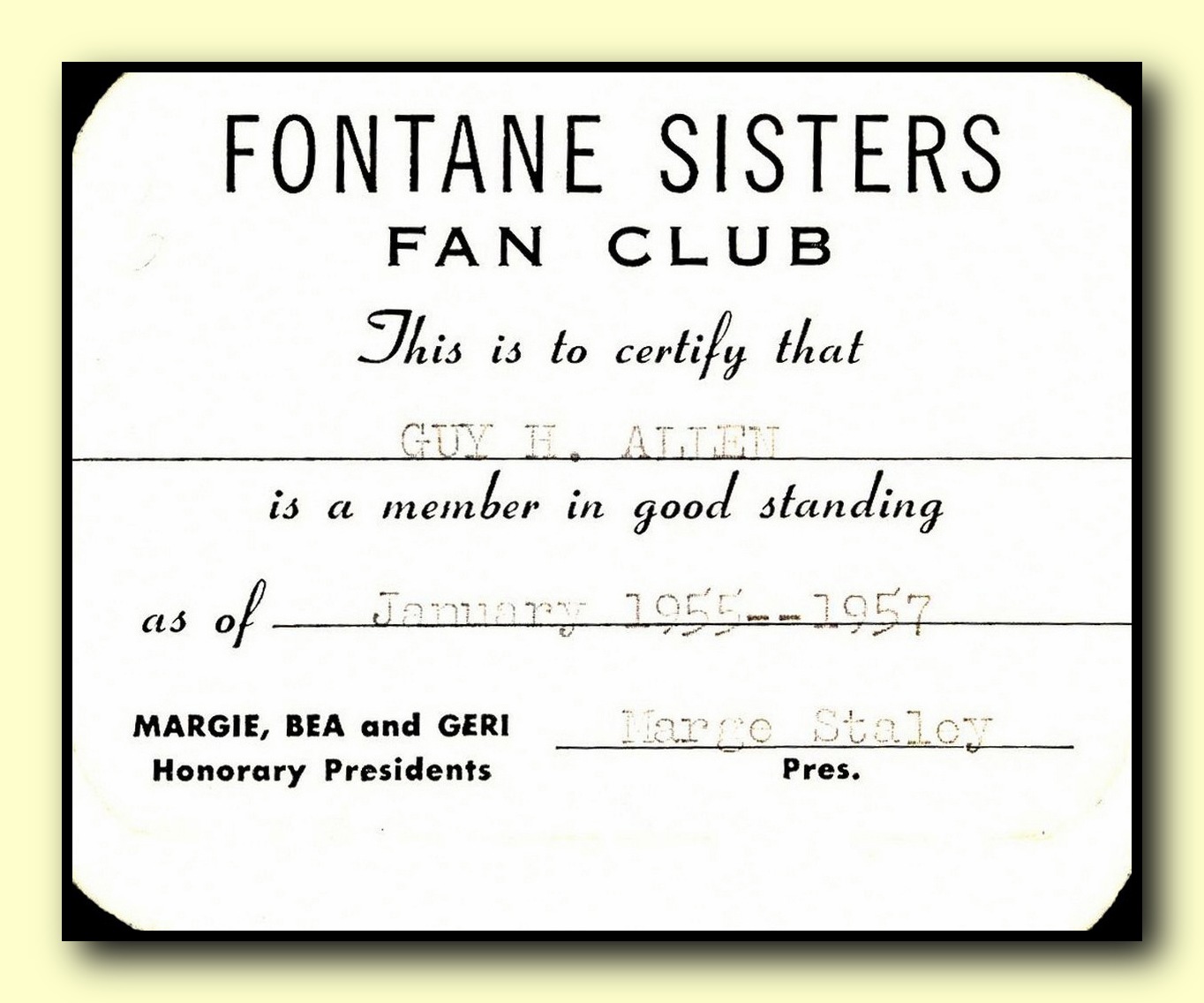 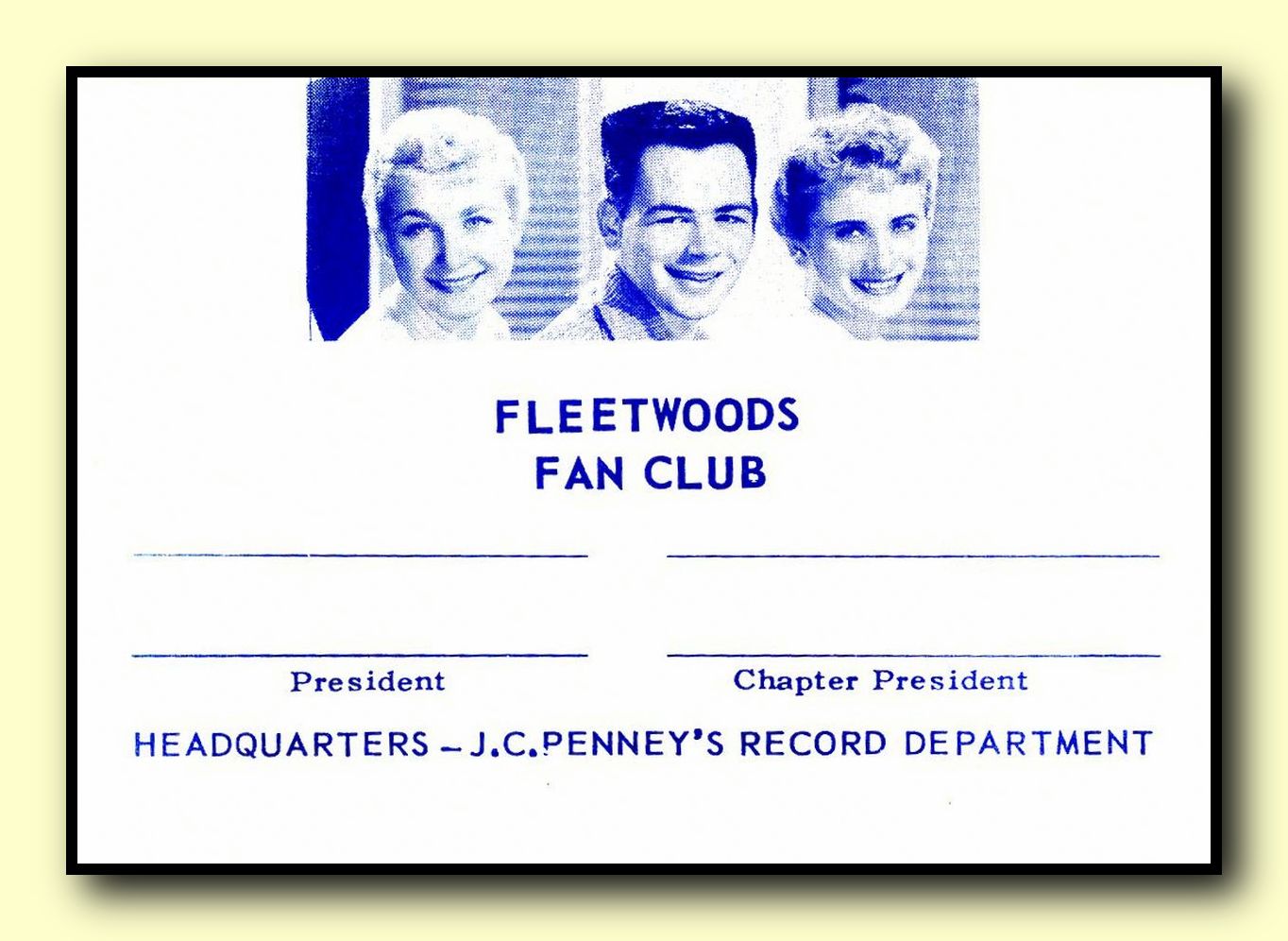 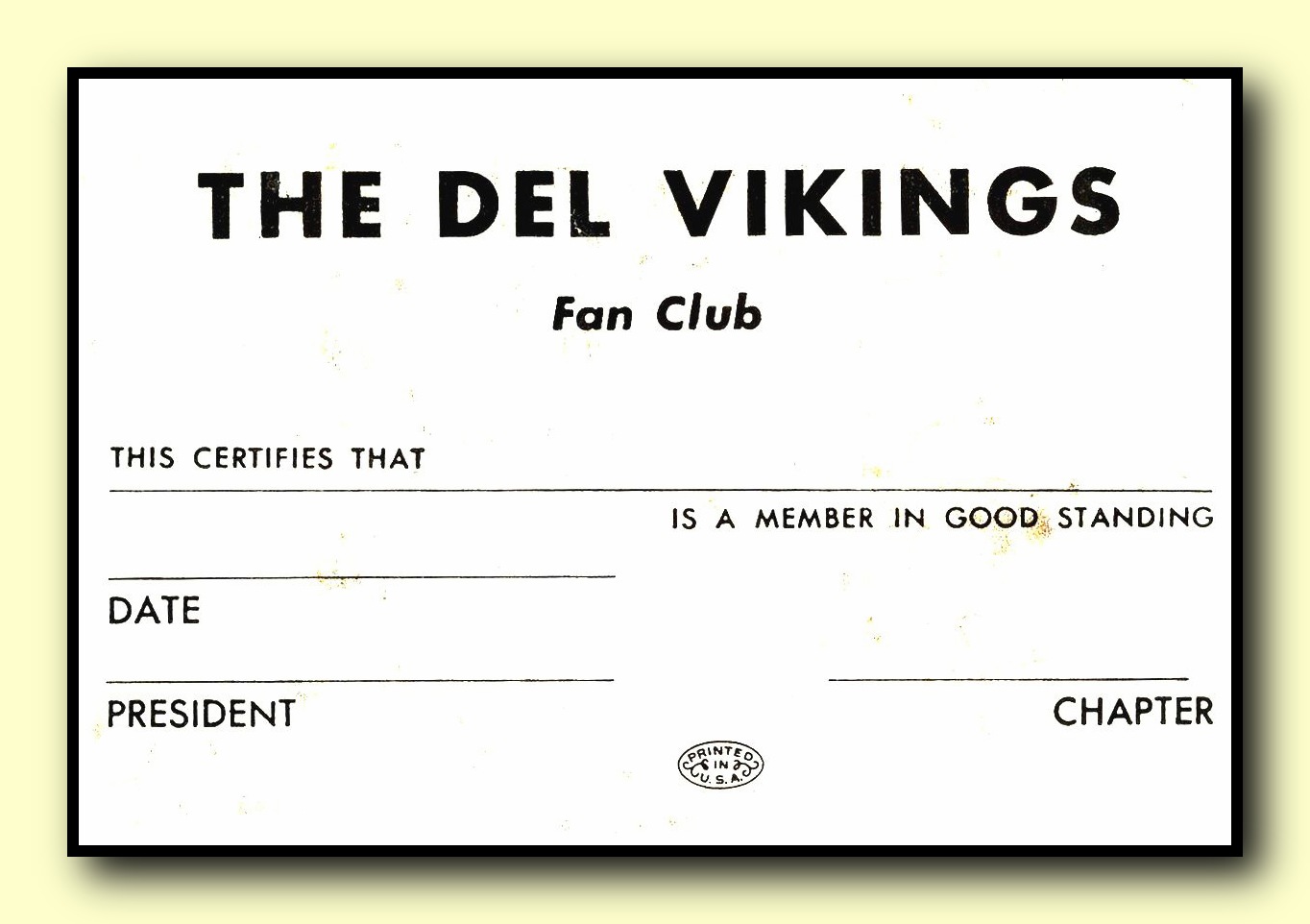 Groups like Dion And The Belmonts, Frankie Lymon And The Teenagers, Buddy Holly And The Crickets, Clyde McPhatter And The Drifters, Little Anthony And The Imperials and Lee Andrews And The Hearts had strong Fan Club followings. Some of these lead singers went on to great solo careers while others floundered when they left the group. In other cases, the group itself went on to greatness without the original lead singer (like The Drifters with its many personnel changes over the years). Admittedly many great groups without a “named” lead singer had wonderful lead singers. For example, Fred Parris, Willy Winfield and Harvey Fuqua were all great lead singers but the groups were simply The Five Satins, The Harptones and The Moonglows. This held true into the 60’s as well. Note that it’s The Rolling Stones, not Mick Jagger And The Rolling Stones, despite Mick’s importance to the group. 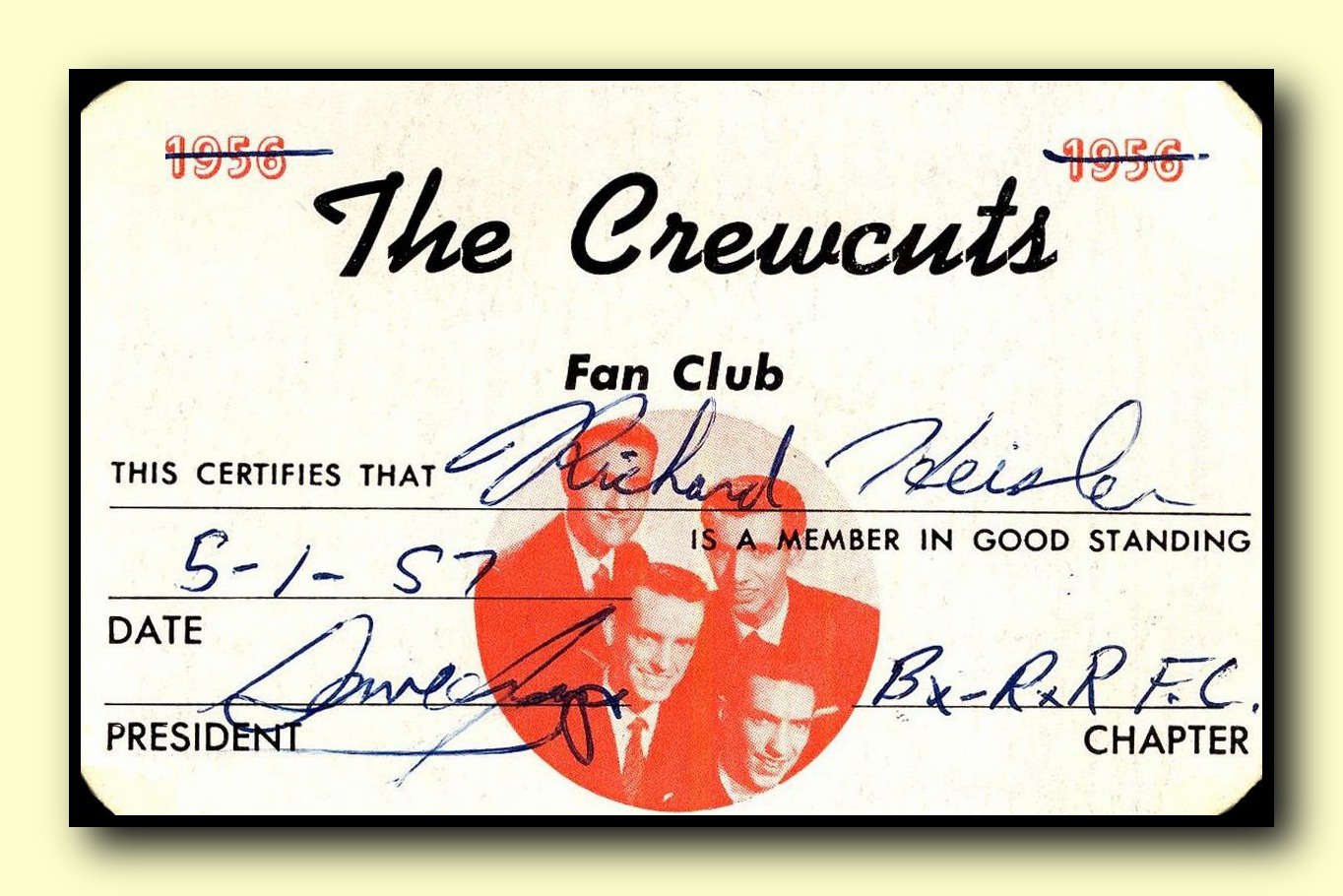 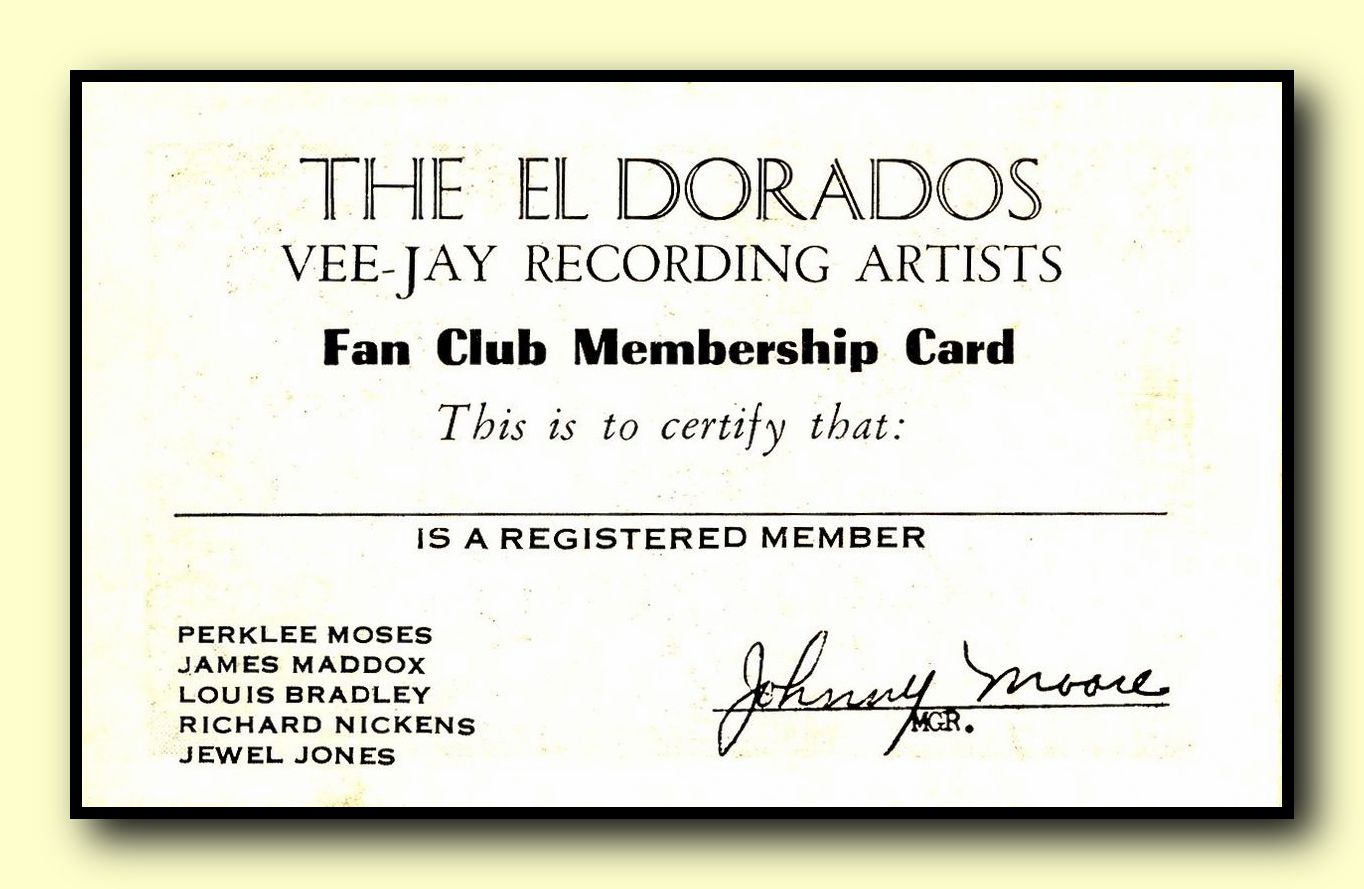 Fans of most 50’s singing groups often connected in Fan Clubs for reasons other than supporting the lead singer. In many cases, the clubs were local in nature and were established in the town or even the neighborhood where the group was from. In addition, there is strong evidence that the record companies financially backed some of these Clubs. Note the similarity of the format of the Fan Club cards of The El Dorados and The Spaniels. Both groups recorded for Vee Jay as their Fan Club card notes. Both reached their peak around 1954-1955 and both were from the Chicago area. Use of group pictures on the flip sides of these cards is more costly than a simple one sided card which gives further evidence of Vee Jay involvement.
One additional and somewhat wacky indicator of record company involvement in fan clubs is seen on The Fleetwoods Fan Club card which notes its “headquarters” as being J.C.Penny’s Record Department. What’s that about? 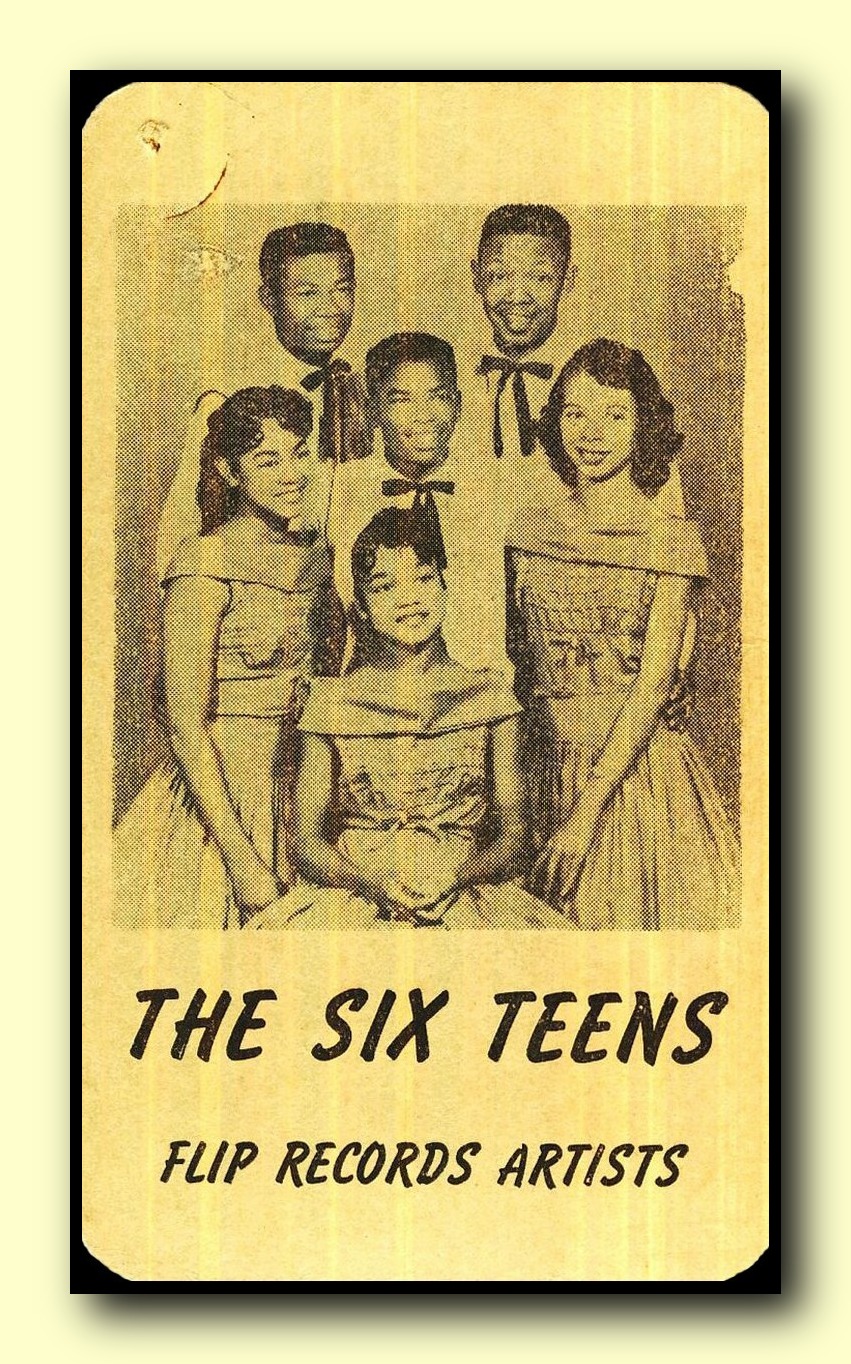 In many cases, the fans simply liked the sound of a group rather than the personnel. In the early days, it was very rare for each member of a group to have a fan base of their own although in the early 60’s, this was thrown to the wind with the arrival of The Beatles.
Some say that many of the 50’s doo-wop groups sound the same and while there was indeed fan loyalty for individual groups, the Fan Clubs tended to be small with few Fan Club cards issued. In fact, doo-wop Fan Club cards of the 50’s are among the hardest to find of all early rock fan club cards. There were many hundreds of groups making music during the early days of rock ‘n roll and different sounds emerged often based on the home base of the group. The Brooklyn Sound, The Chicago Sound, etc. were all in play. 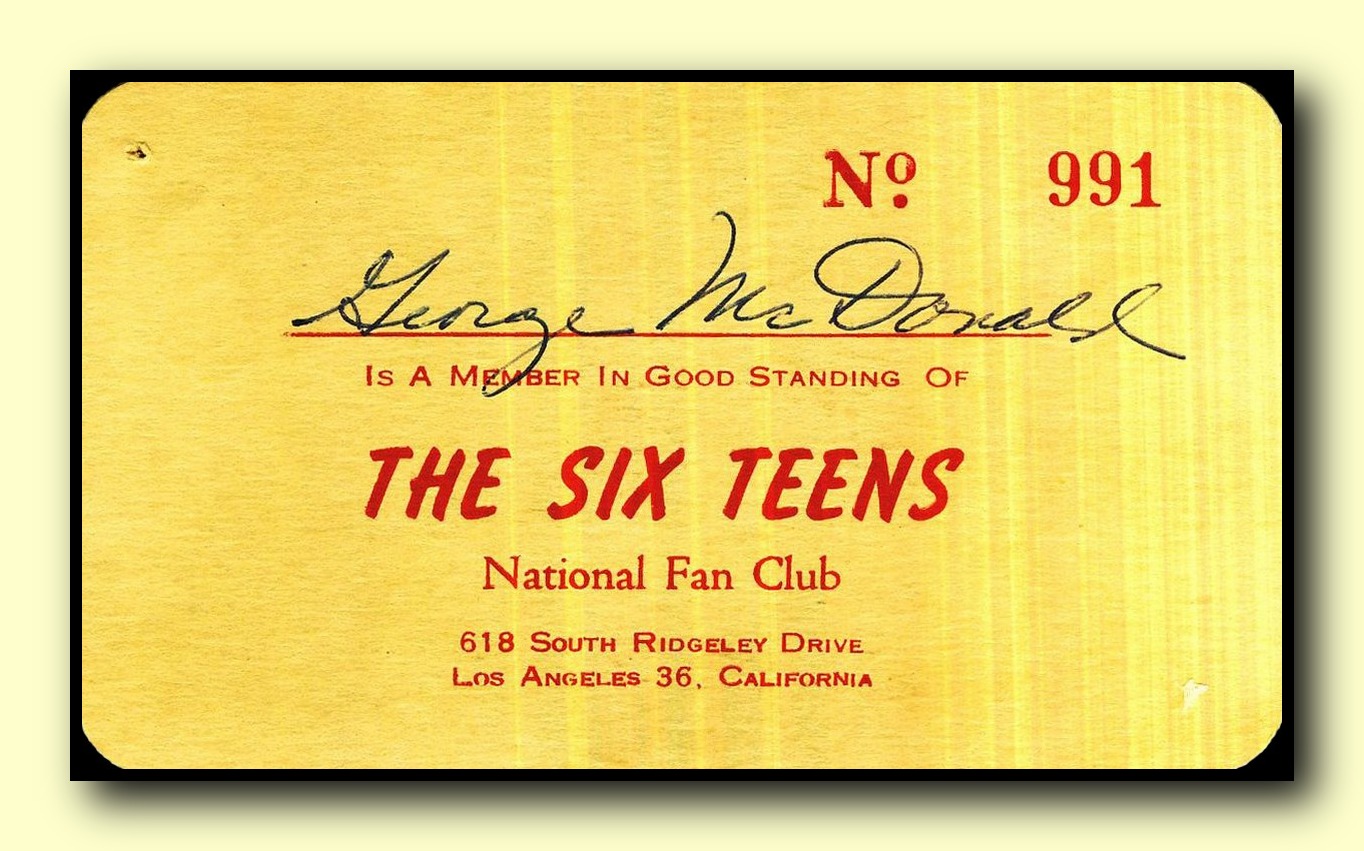 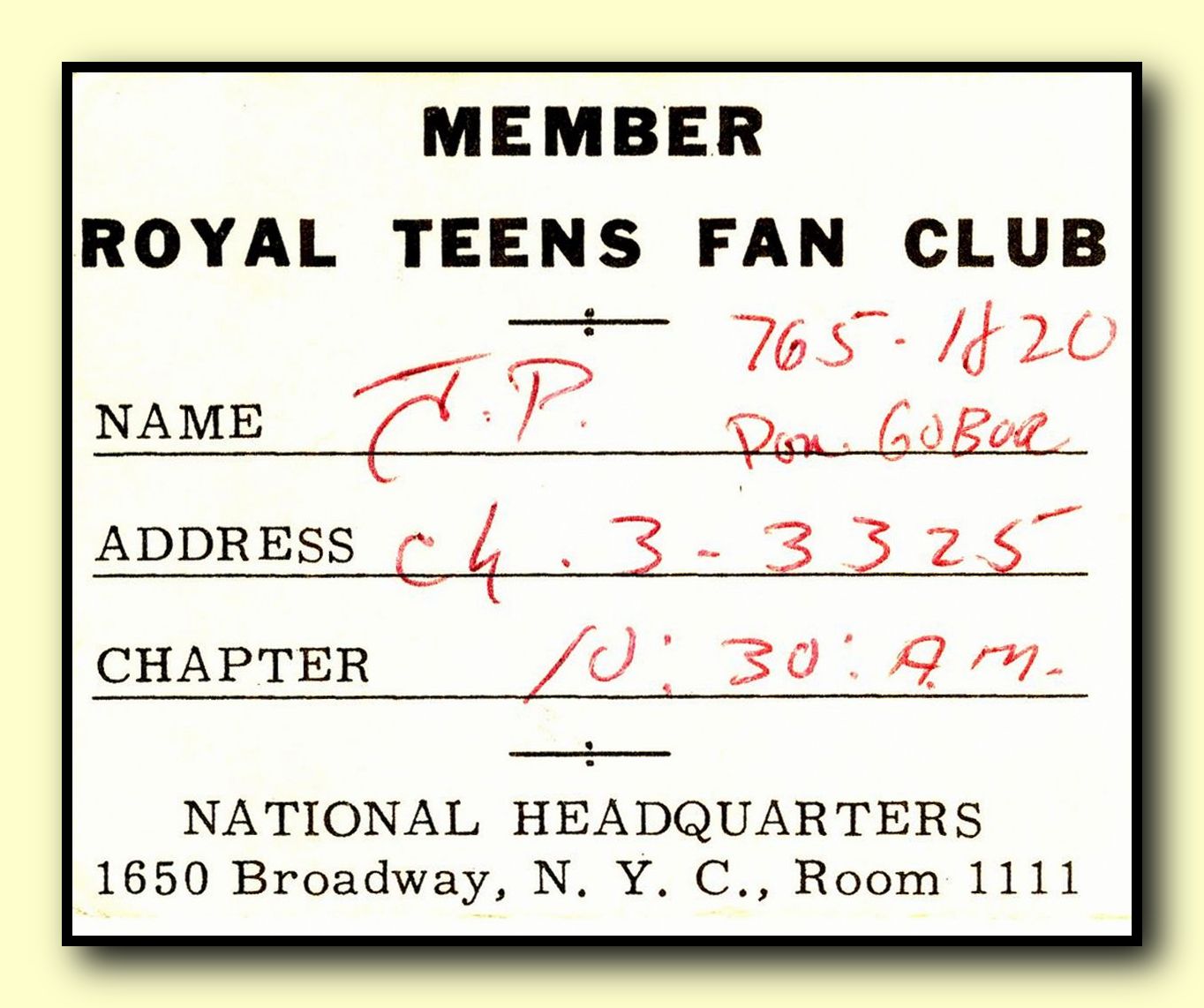 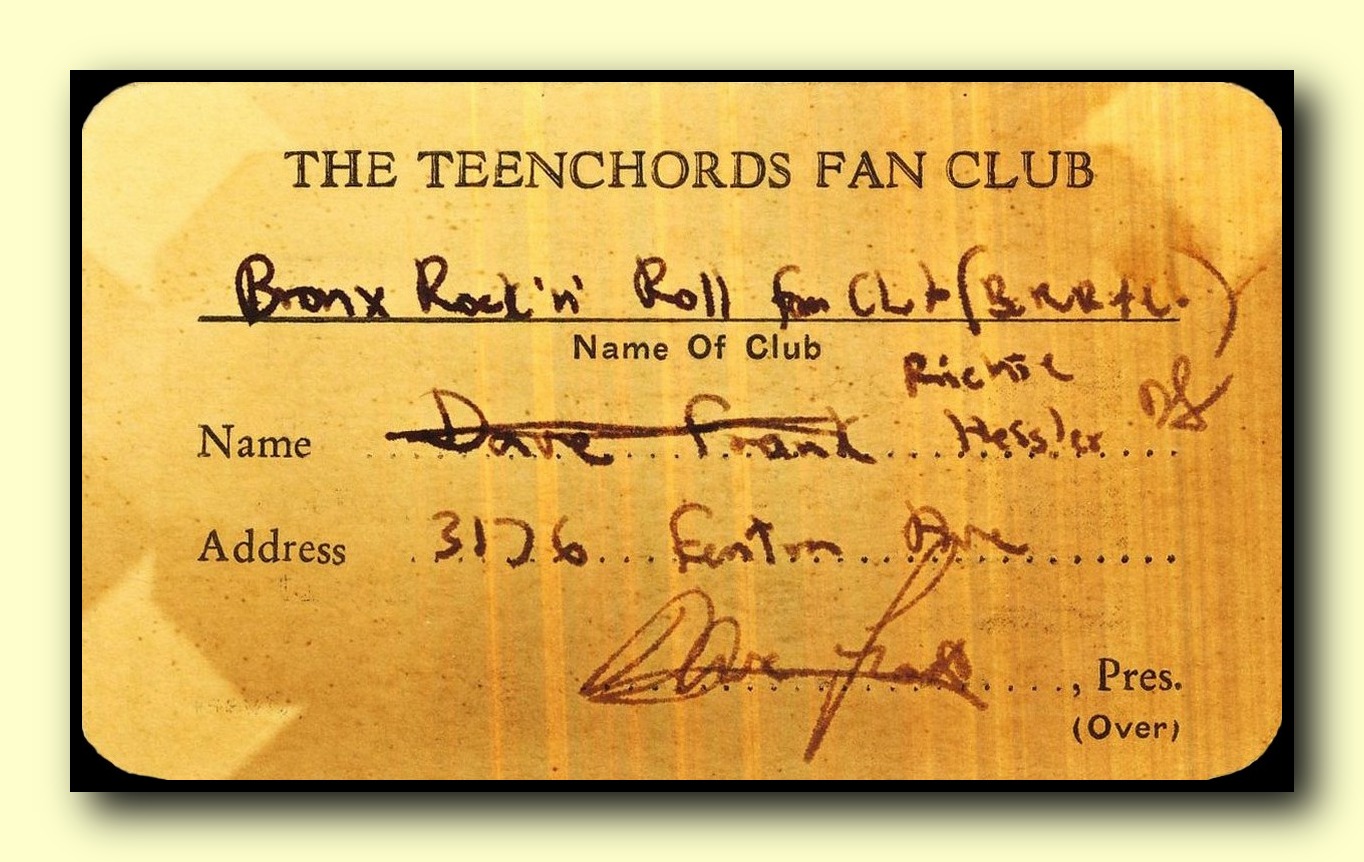 So there we have it!
A brief rundown of Fan Clubs and Fan Club cards of Elvis Presley, Individual Recording Artists and Groups. Hopefully we can conclude by noting that fan support via the Fan Club was perhaps a small but important component in keeping the music of the era going strong.

All comments, both positive and negative, welcomed!