Here we have Part 2 of our exploration into the world of early Rock ‘n Roll Fan Club cards! 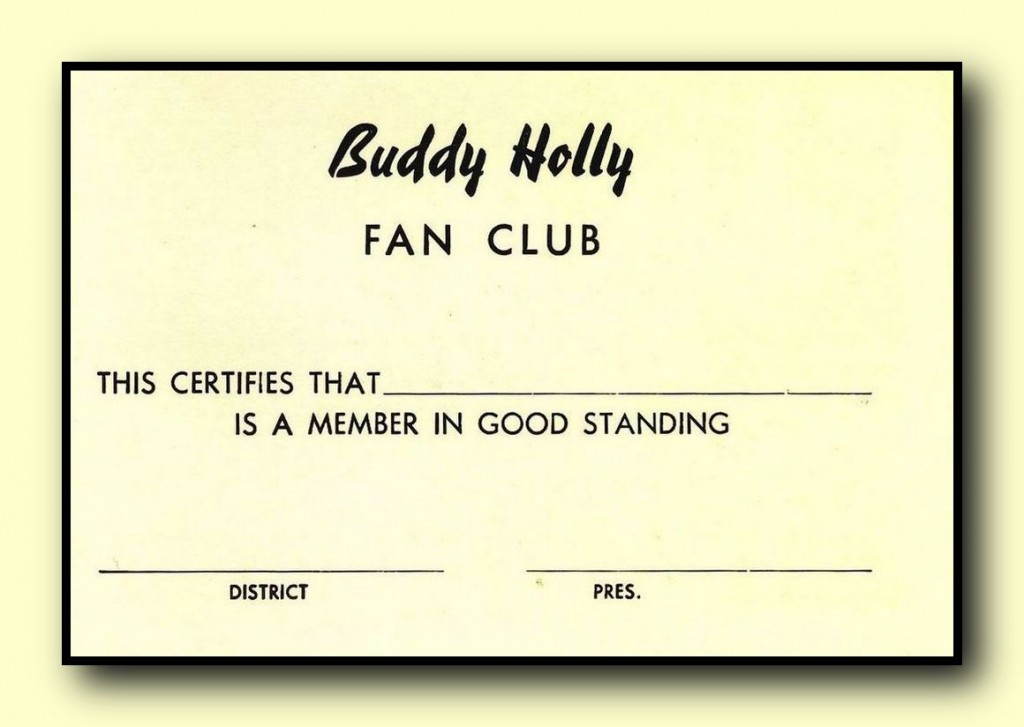 As was discussed in PART 1 of this series, relating to Elvis Presley, Fan Clubs represented an important support mechanism to the careers of most early Rock & Roll stars. While Elvis had many national and local clubs, most other stars only had national clubs. Elvis was indeed unique in this regard.

The record companies pushed and boosted Fan Clubs, as the more fans a star had, the better for their record sales.
Clubs not only were in existence in the 1950’s and 60’s for major R&R recording stars but many are in operation today for artists like Jerry Lee Lewis (now 78), Little Richard (81), Fats Domino (85) and Chuck Berry (87).
An internet search of your favorite star + “Fan Club” will often reflect a club or clubs somewhere in the world and this is true today regarding most of the better known early stars. In fact, as with Elvis, passing away doesn’t at all diminish fan enthusiasm, Witness existing clubs for Rick Nelson who passed away in 1985, Gene Vincent (in 1971), Eddie Cochran (in 1960) and Buddy Holly (in 1959). Their great music rolls on, loved by fans old and new.

UK stars like Cliff Richard, Tommy Steele and Billy Fury, plus no doubt hundreds of others around the world, also had their Fan Clubs and their fan club cards.

While there were indeed clubs supporting female stars like Brenda Lee, LaVern Baker, Peggy March, Connie Francis and others, the overwhelming majority of clubs involved male stars and their female fans. 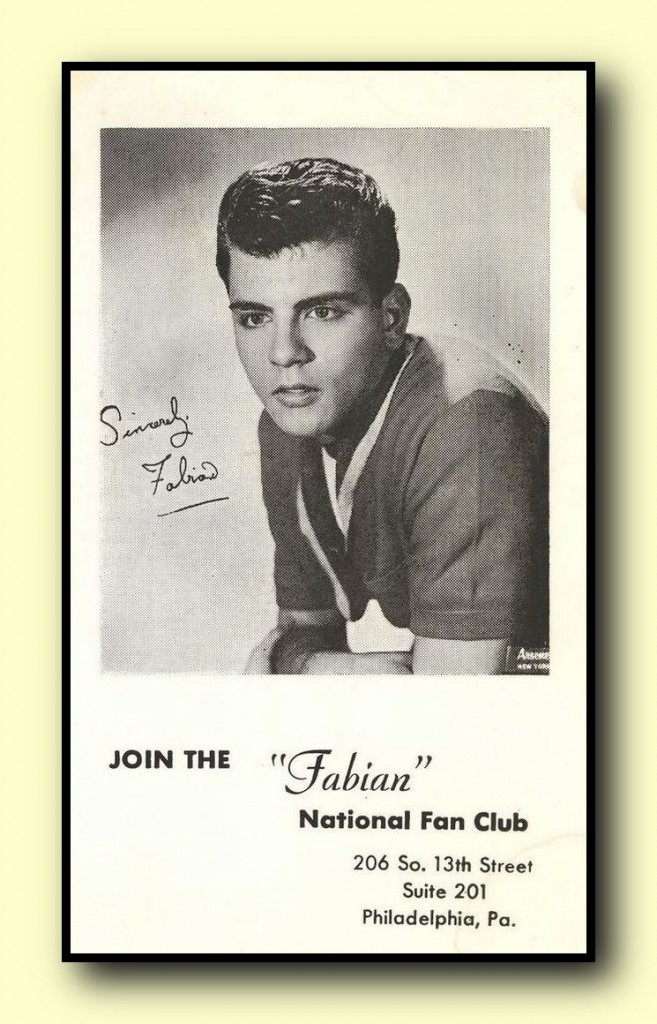 Many clubs also issued cards encouraging fans to join their club.
The cards of Frankie Ford and Fabian are examples of these. 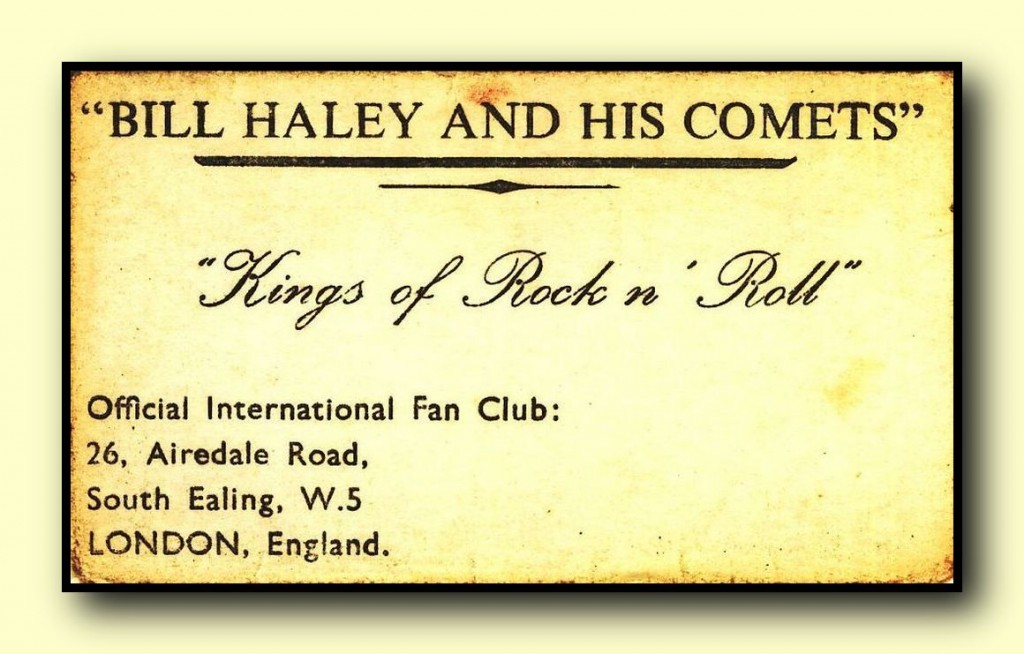 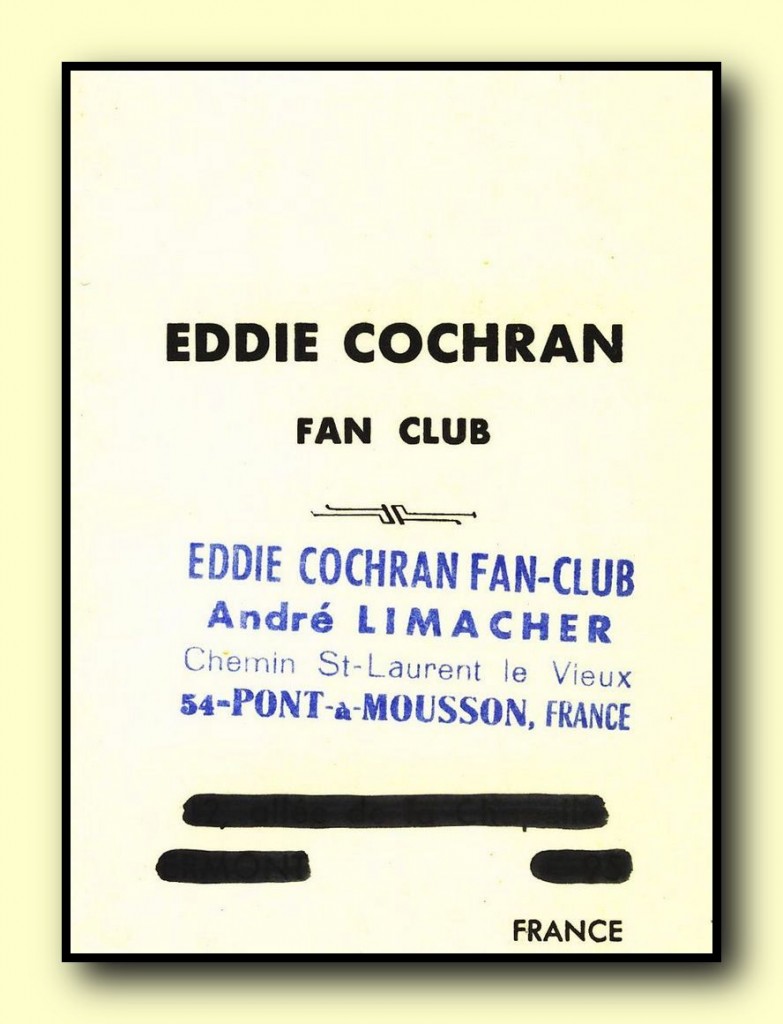 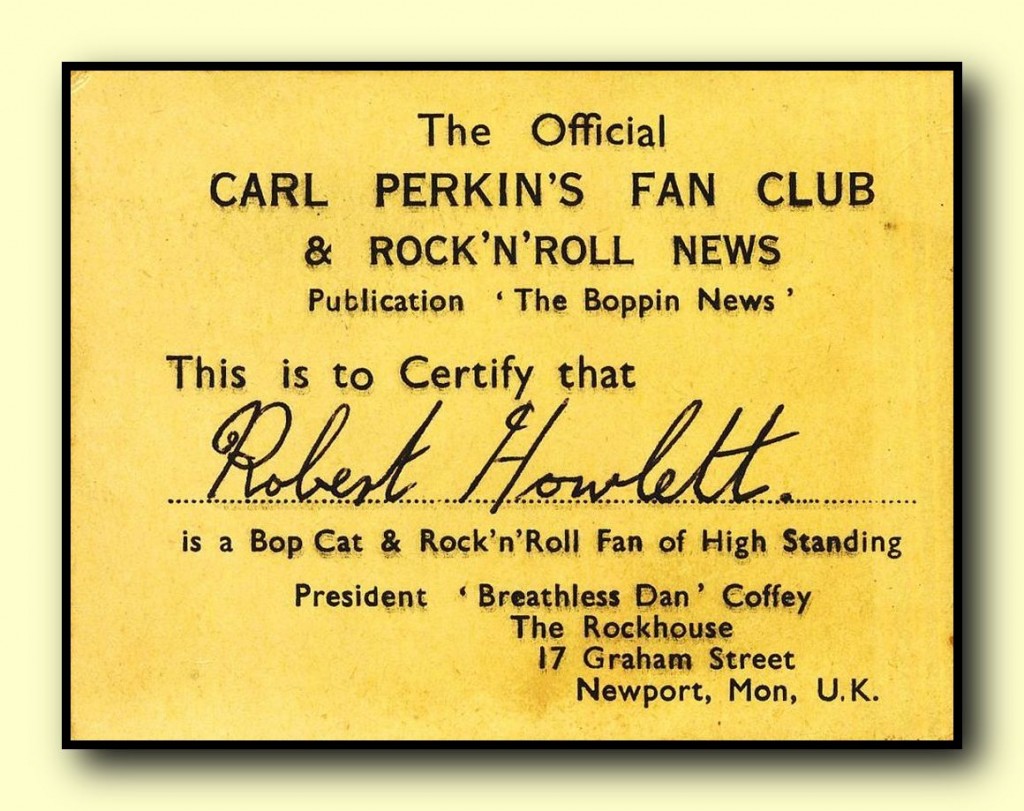 Clubs supporting early American R&R Stars existed in many countries with the UK, France and French speaking Canada being the most prolific. 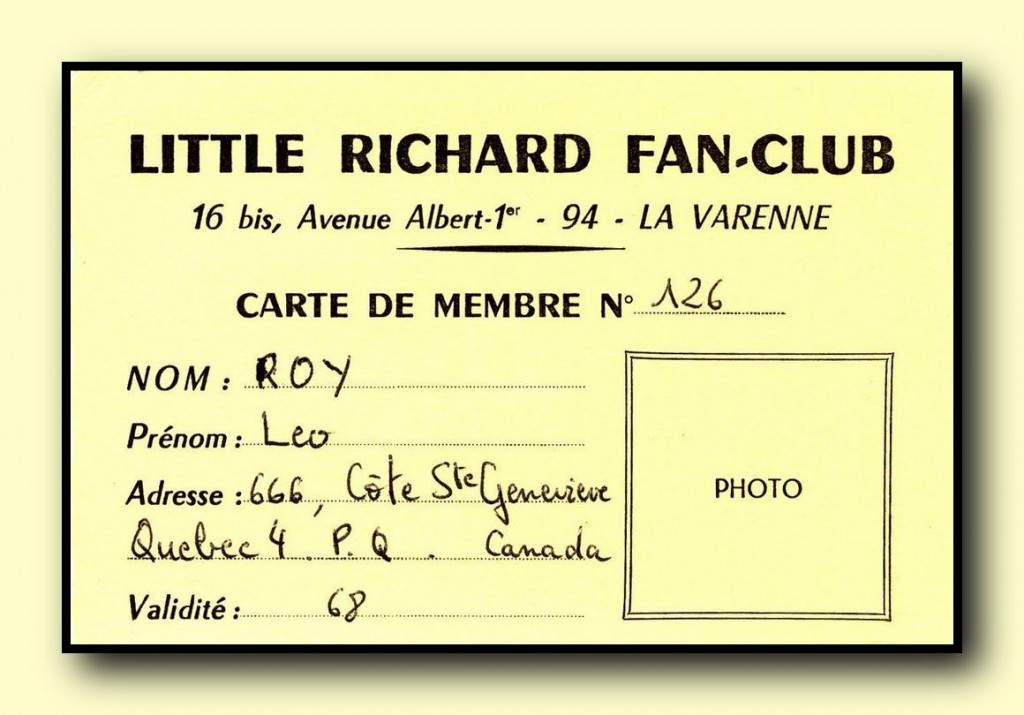 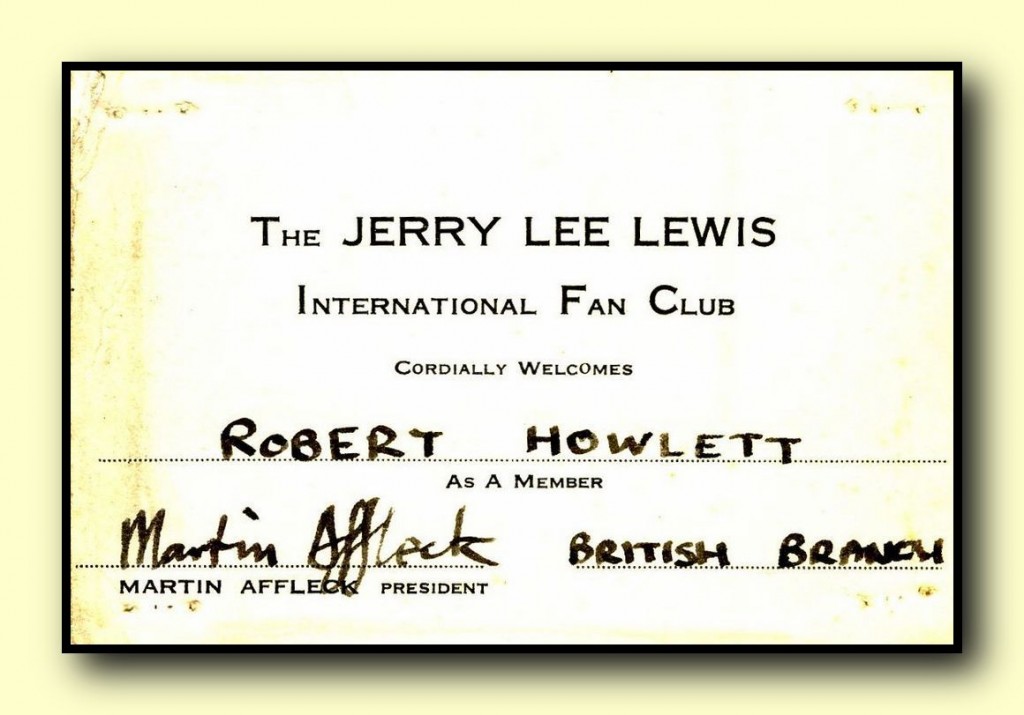 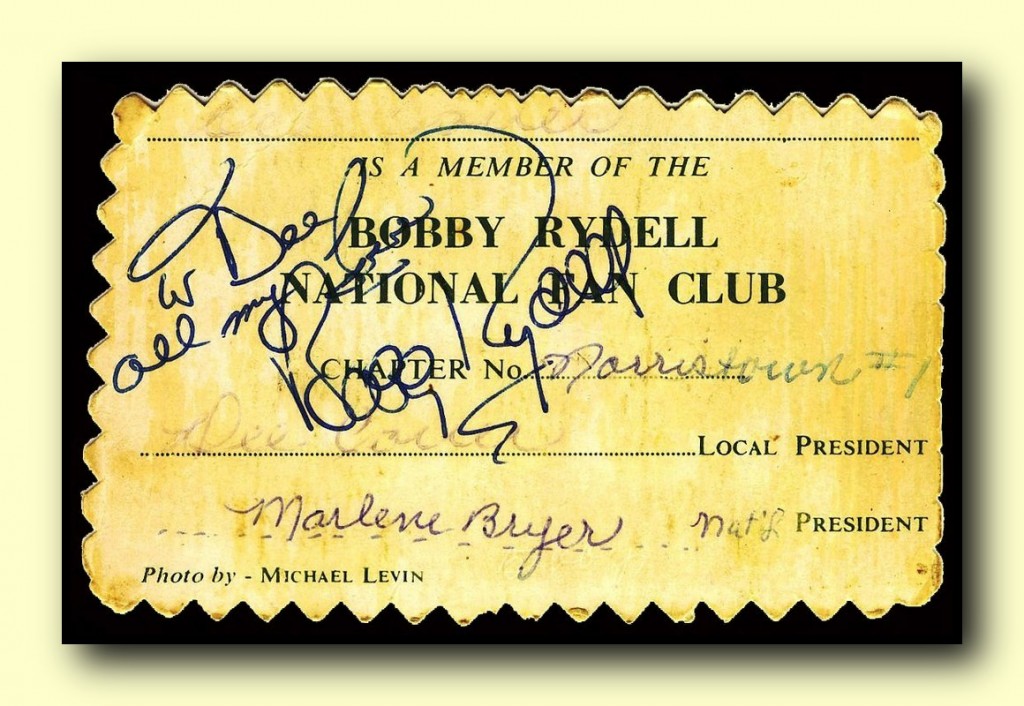 In some clubs, the fan cards were individually signed by the star as is evidenced in the cards of Bobby Vinton and Bobby Rydell. 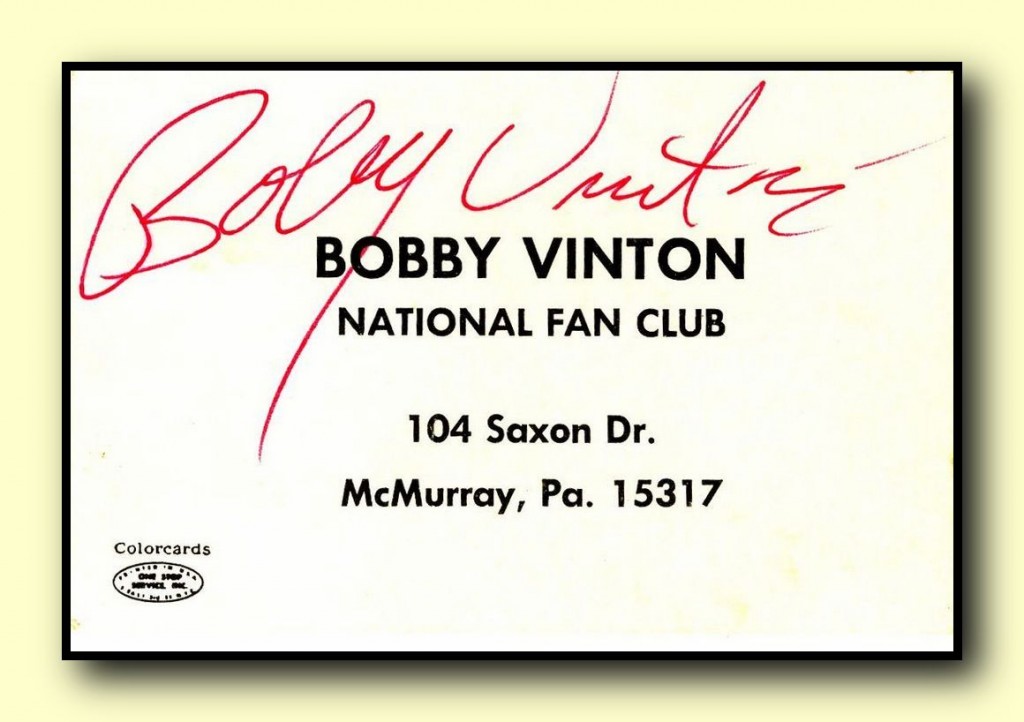 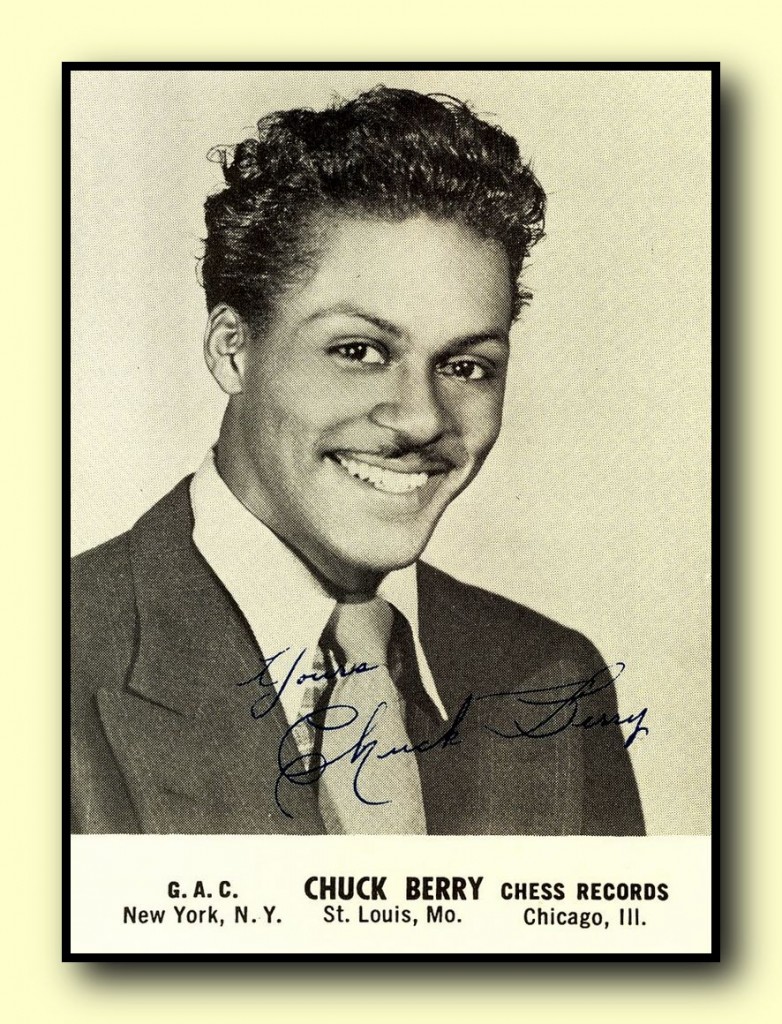 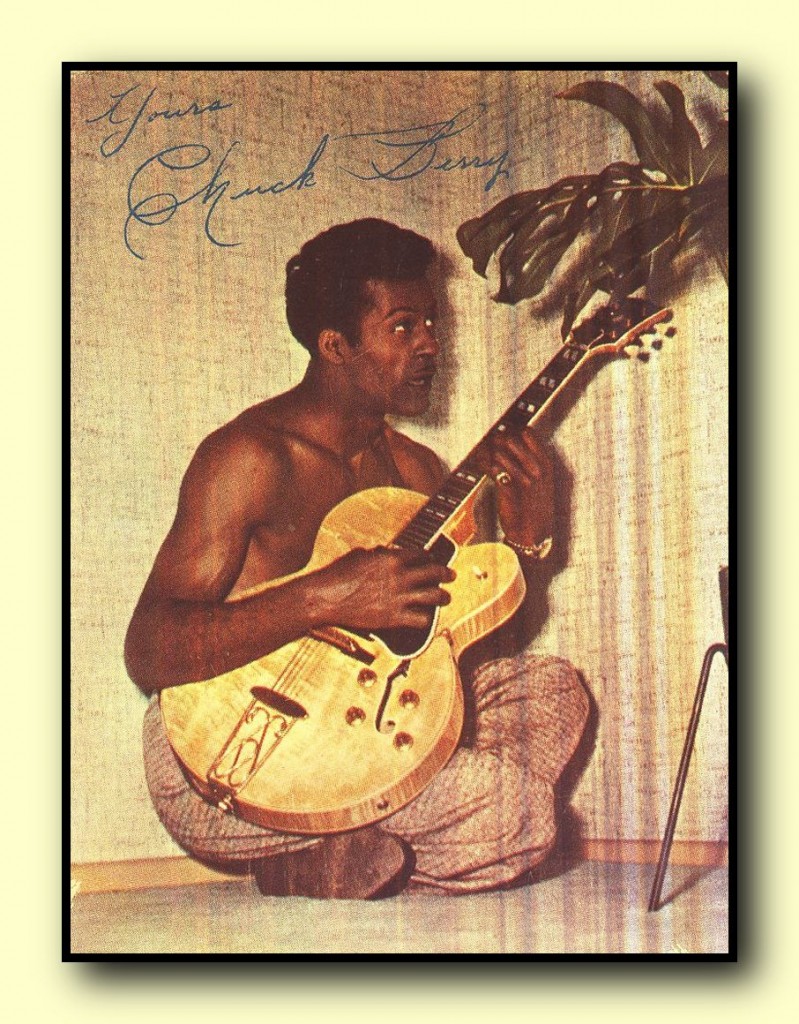 Often, new cards were issued when the club address changed. This gave the club the opportunity to add a little something to their card.

For example, the Chuck Berry club (which had a very slick card, no doubt sponsored by Chess Records) only added the address change to the front of their revised card but used a different picture of Chuck on the flip side. 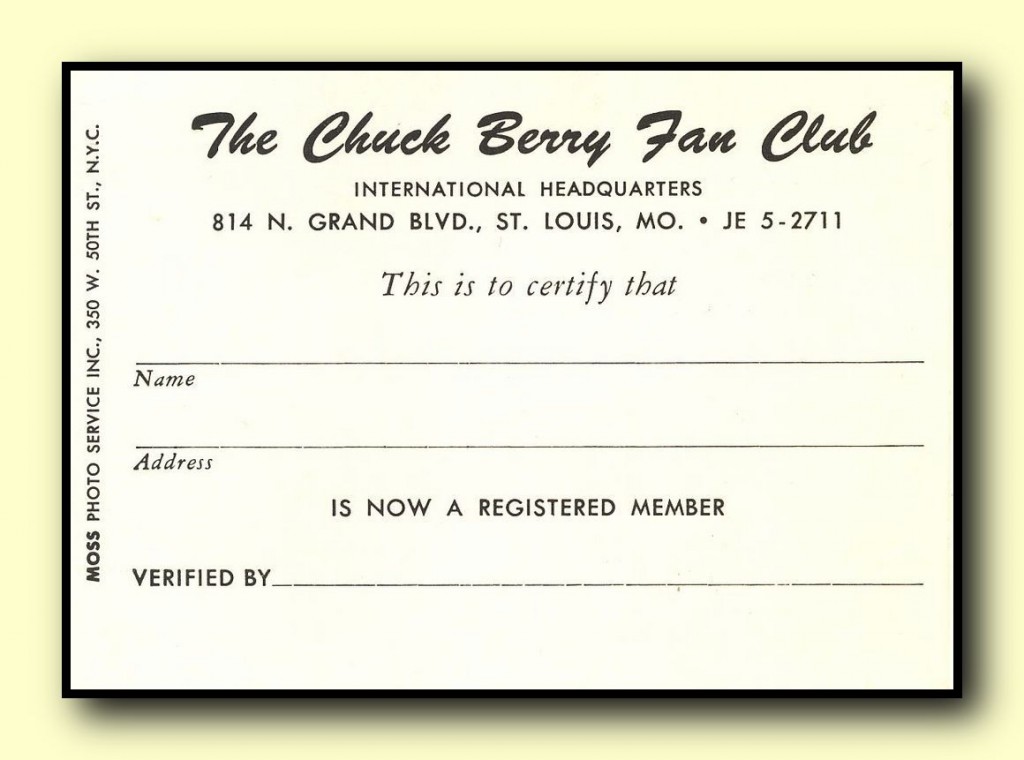 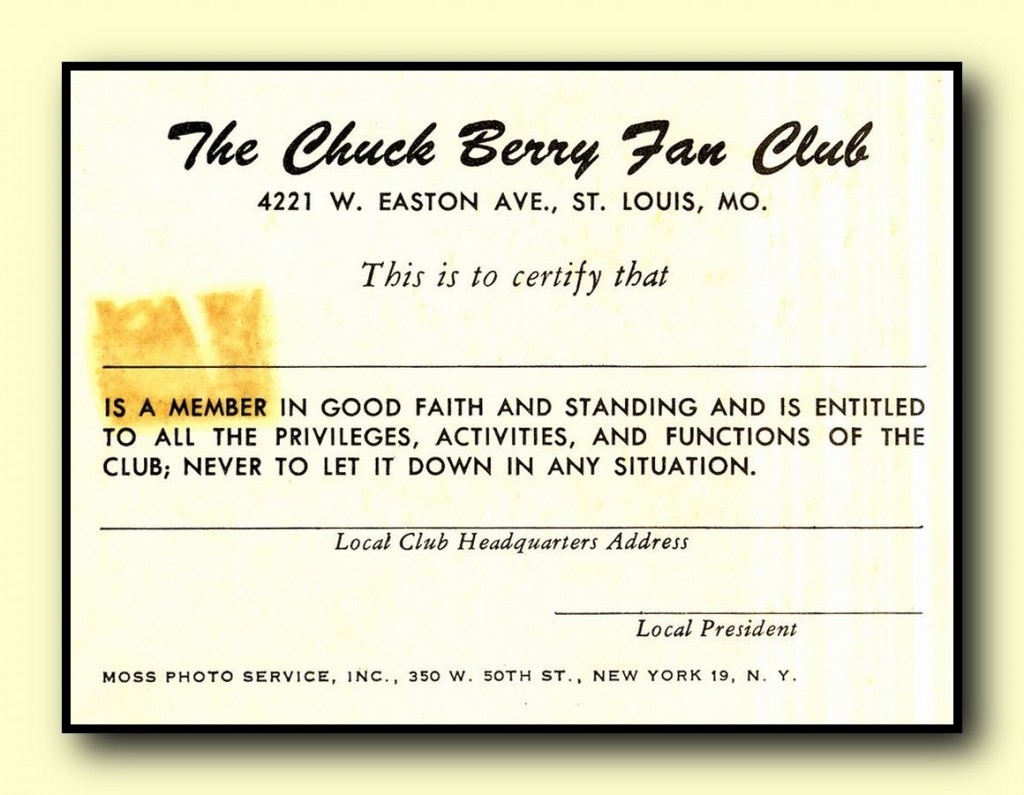 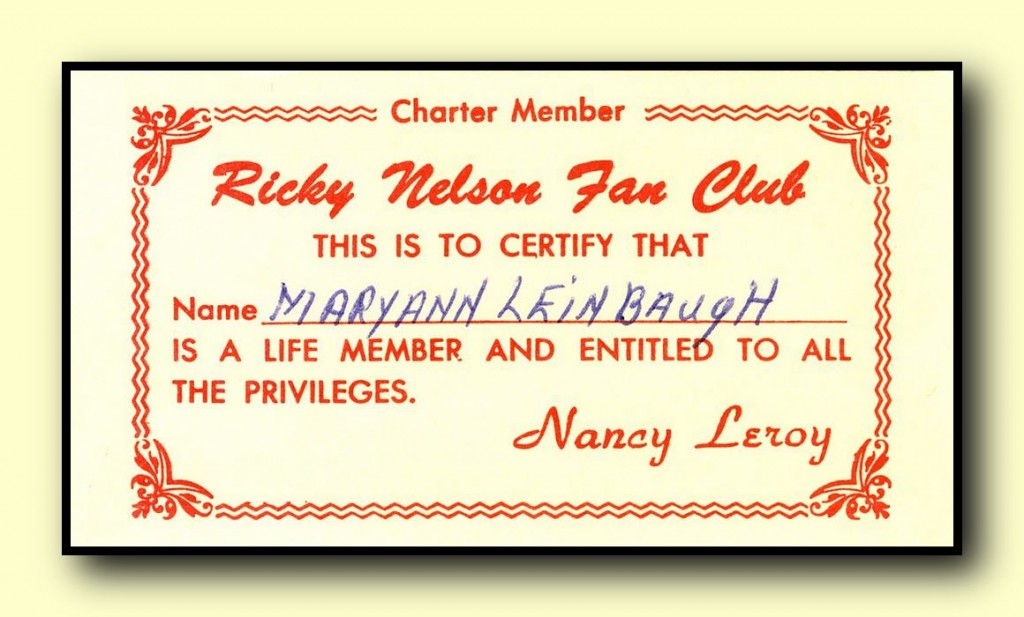 Certainly, as was the case with Elvis, there were sometimes multiple clubs in operation for a single star.

As depicted by these cards for teenage heartthrobs Ricky Nelson (including his card earlier in this article) and Tommy Sands we have different cards from different clubs. 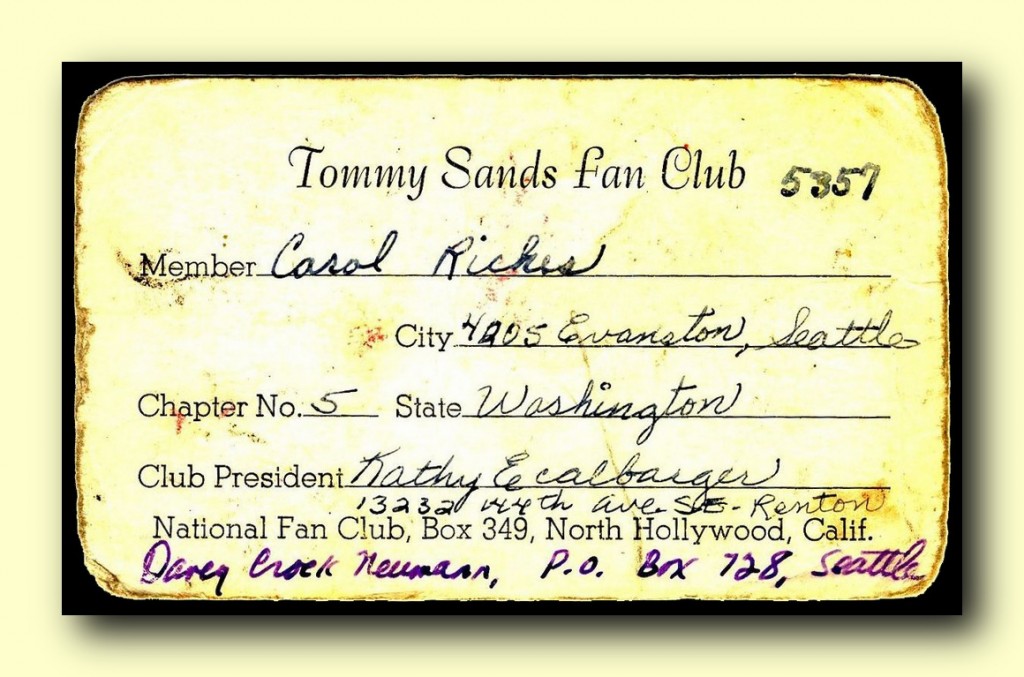 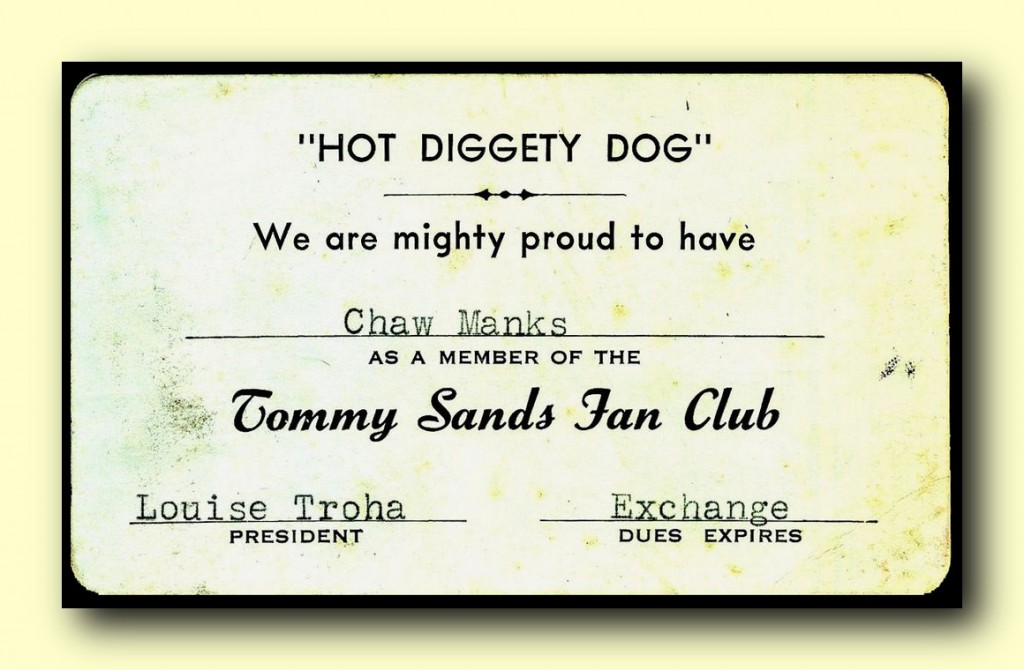 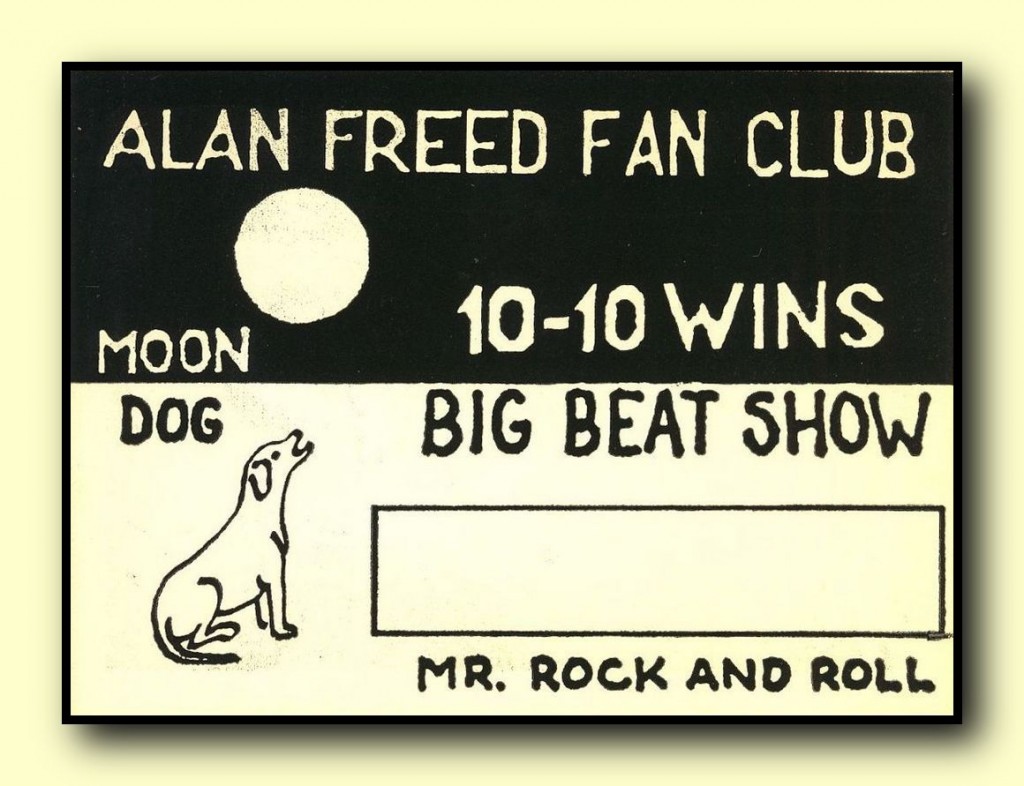 DJ’s got into the act as well with their own fan clubs.
Here are cards for Alan Freed and Dick Clark. 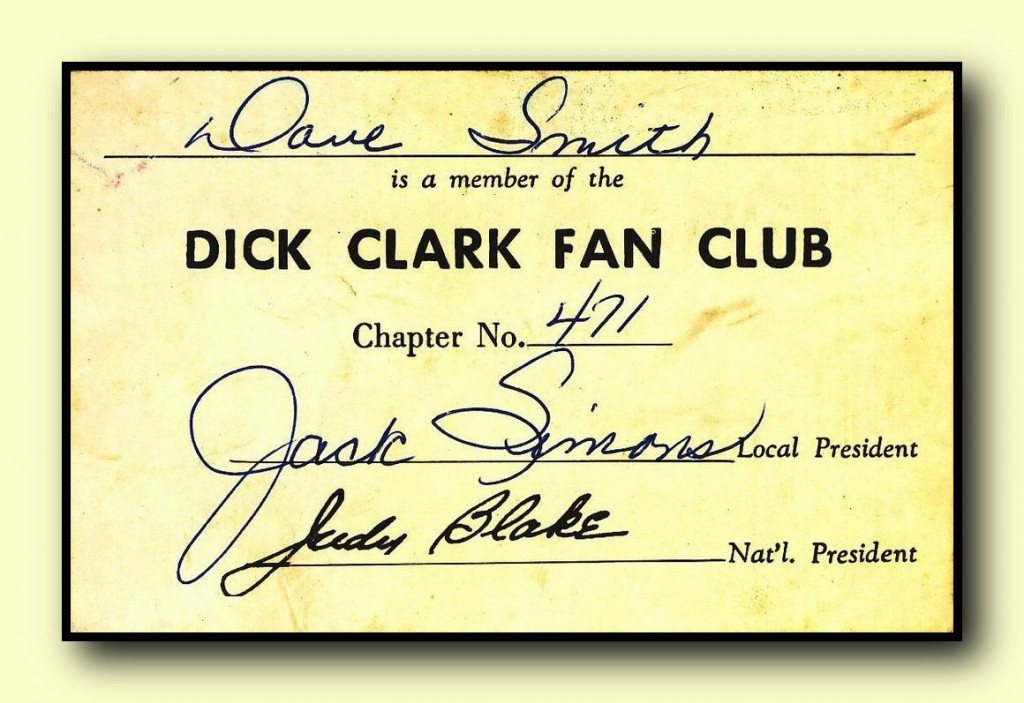 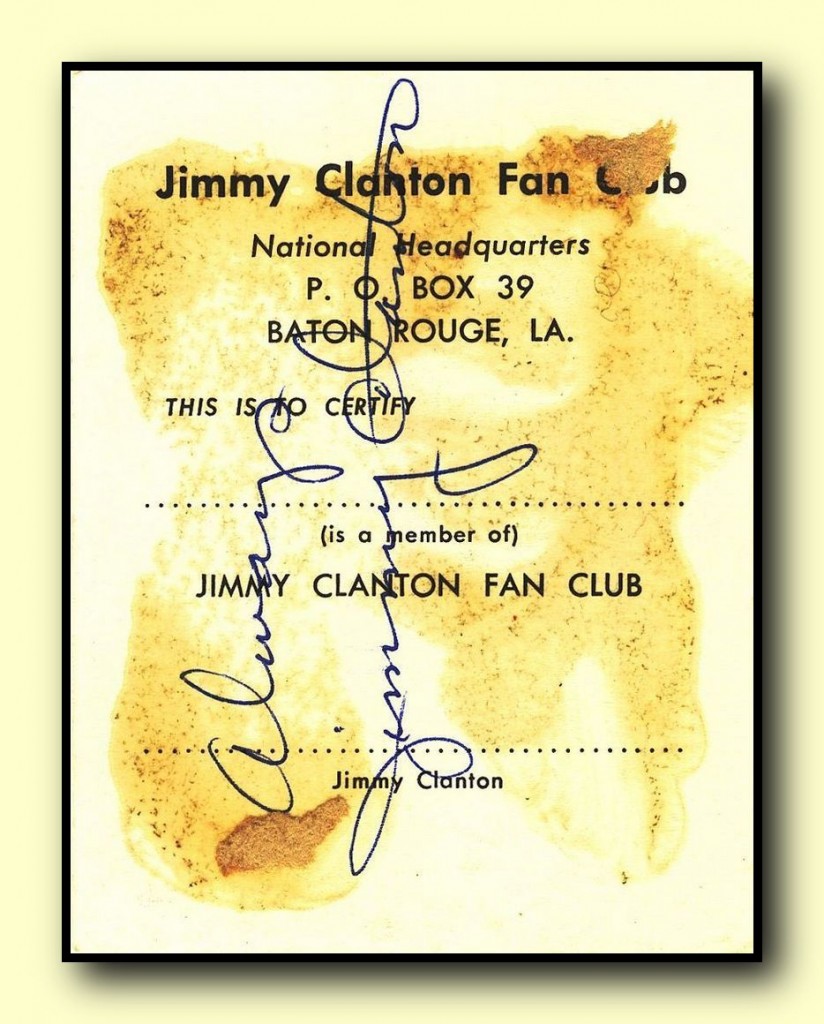 In some situations, the lead singer of a group (today known as the front man) achieved greater popularity than the group as a whole or might have moved on as a soloist as in the case of Dion and the Belmonts and Buddy Holly and the Crickets. The card displayed at the top of this article reflects that these Buddy Holly fans at least, left the Crickets behind.
Here are a few additional example cards of the genre featuring guys like James Brown, Roy Hamilton, Jimmy Clanton, Gene Pitney, Al Hibbler and Freddy Cannon. 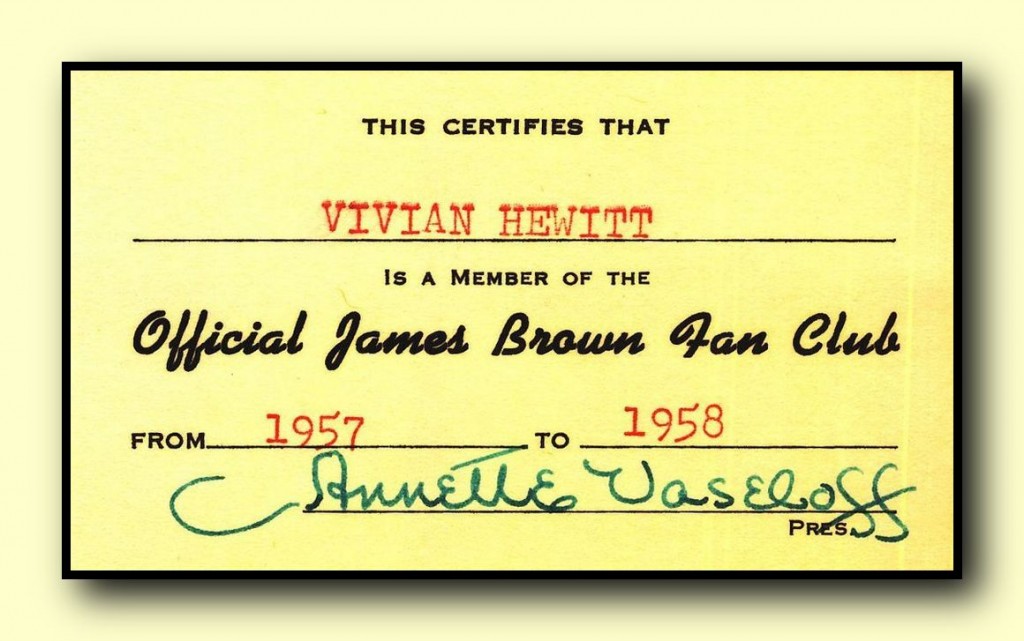 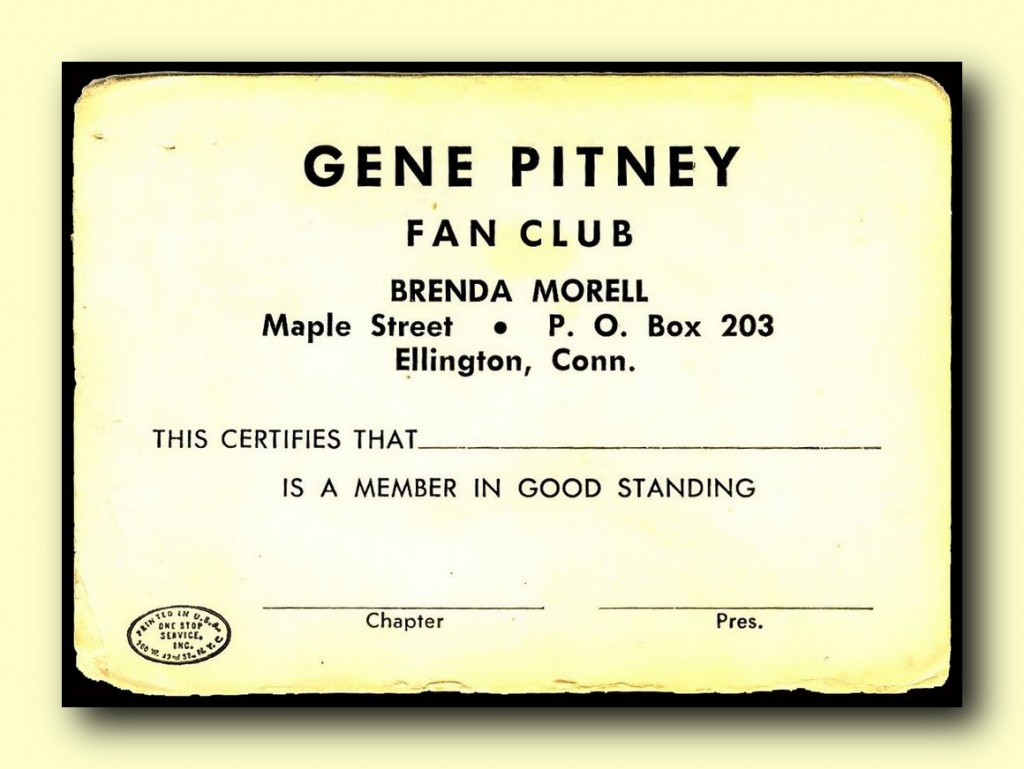 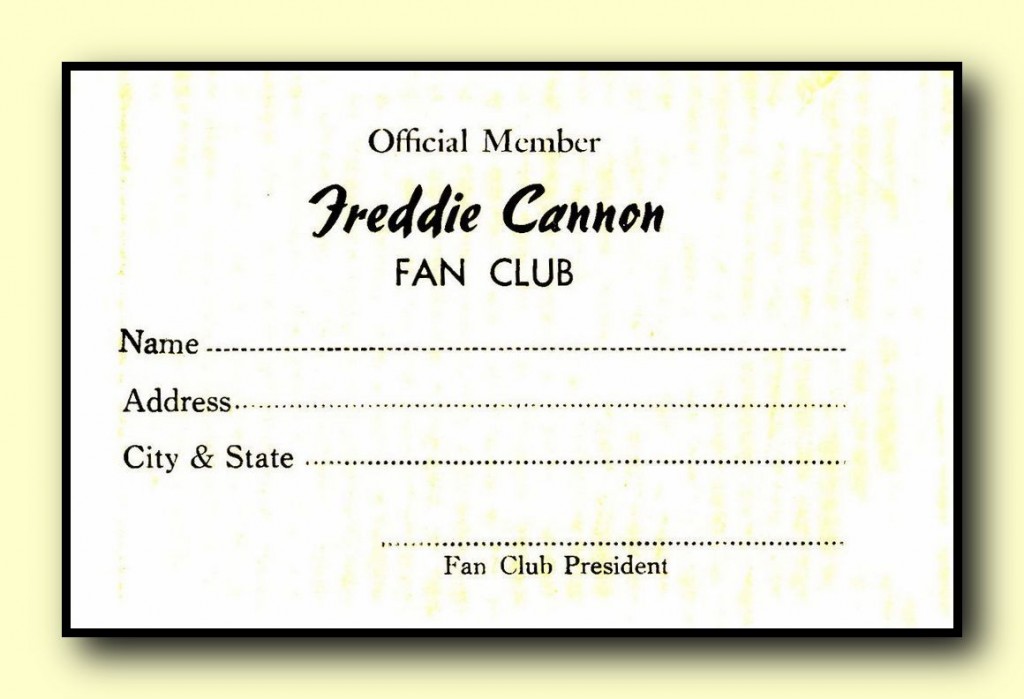 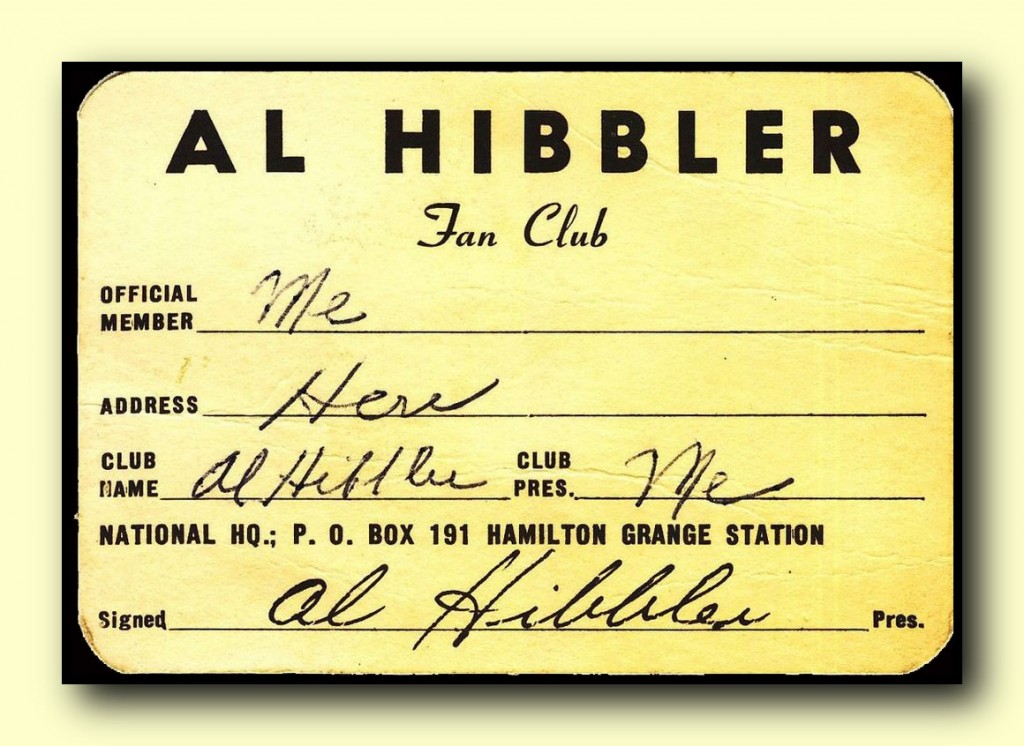 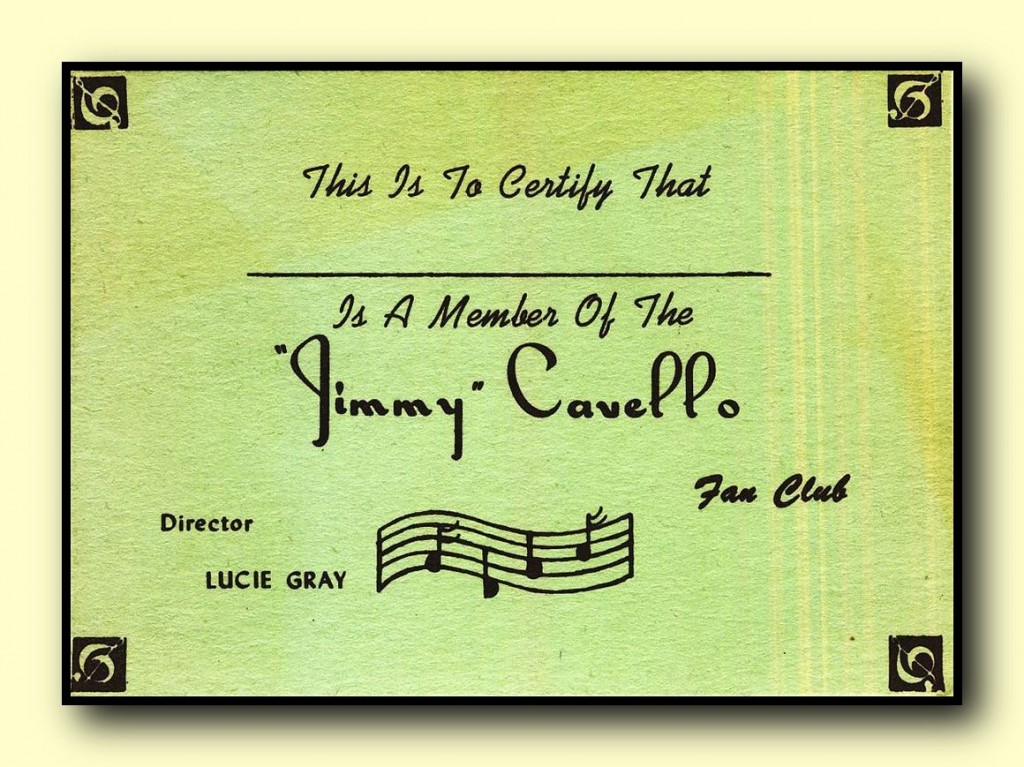 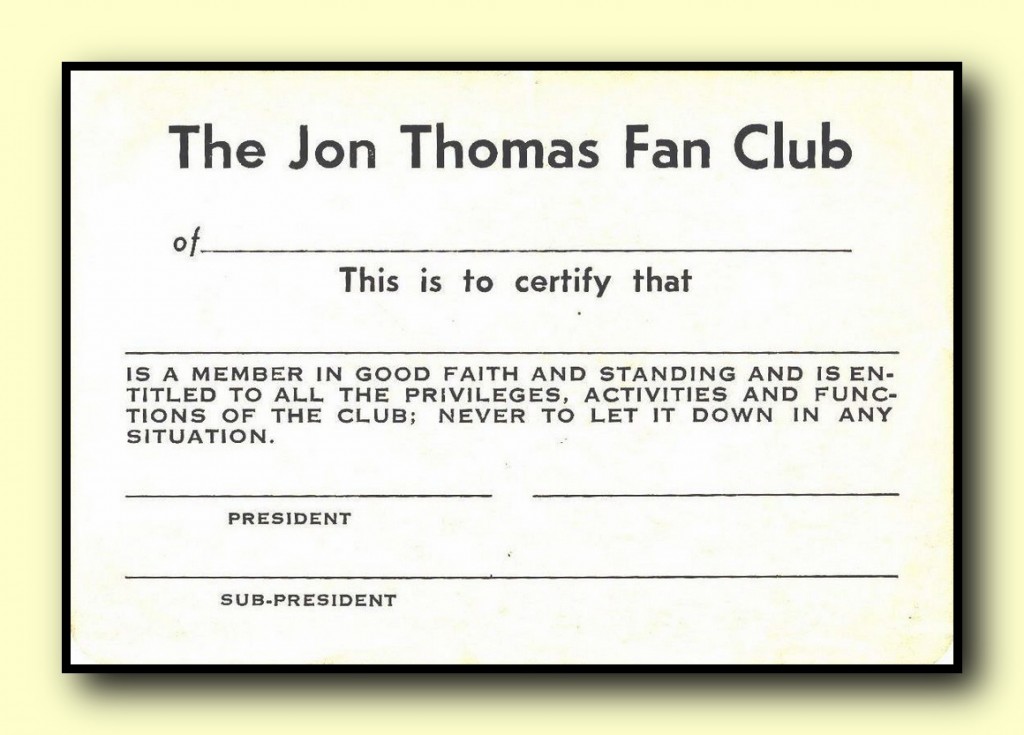 Again, it is pointed out that these are just examples of early R&R fan club cards and in no way intended to be comprehensive. Obviously, these is no such thing as a ‘complete set’ of Fan Club cards as there were clubs and club cards issued for little known stars as well.
Any fans of Jon Thomas or Jimmy Cavallo out there?
Here are their Fan Club cards!

As can be seen from the examples in this article, there are indeed blank cards out there,
but just as many are found with the name inserted by some fervent fan from way back when.

Bottom line, regardless of your favorite recording star, there was probably a Fan Club (and a fan club card) supporting him or her,
and it’s fascinating, decades later, to hold in your hand the tangible proof of true fan loyalty.

Next up in this series: Part 3 – The Groups.
Coming SOON!