1953 was an important year in the life of Elvis Presley. His first big steps towards adulthood were made when he graduated from High School and needed to find a job and a permanent income, Uncle Sam came knocking for the first time, and of course this was the year he recorded his first cuts at Sun Studio.

The documents and pictures that are presented here in this topic, give us a little insight in some of the things that went on in the life of young Elvis Presley in ’53.

Note that not all of these items could be identified as being 100% authentic, and also some dates may be a bit off.
So, any new info will be welcomed! 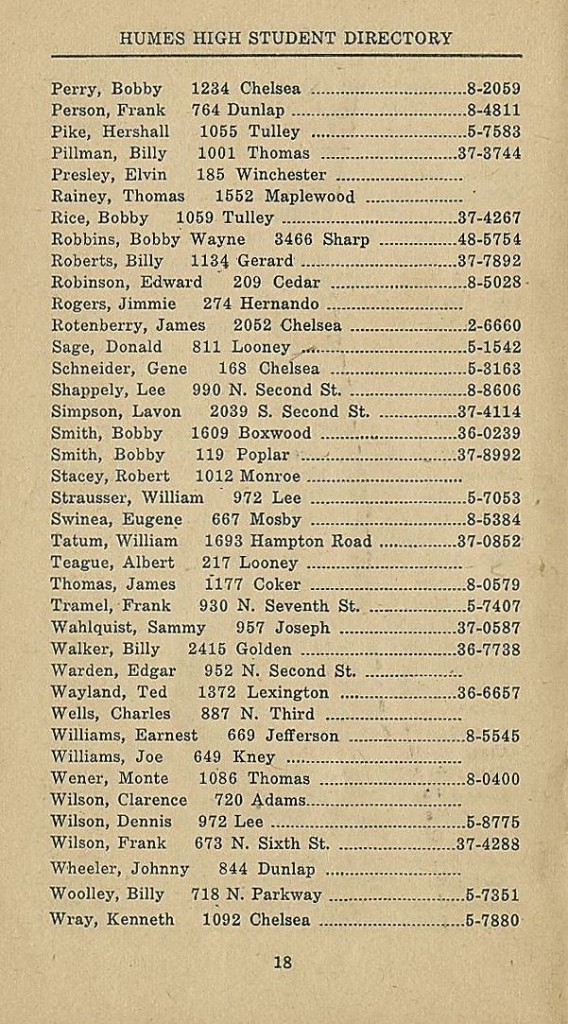 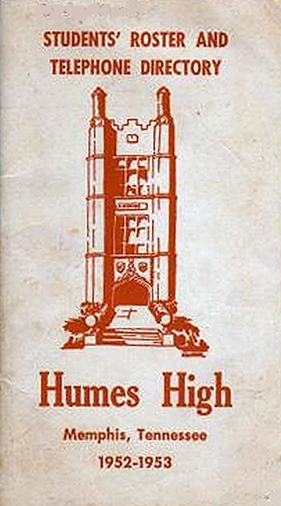 In the telephone directory we can see that Elvis’ firstname is misspelled as Elvin.

When this directory was printed, the Presleys lived at 185 Winchester (Lauderdale Courts).
Elvis and his family would live at two more locations during his senior-year at Humes.

We can see that Elvis is one of a few students without a telephone-number listed next to his address. 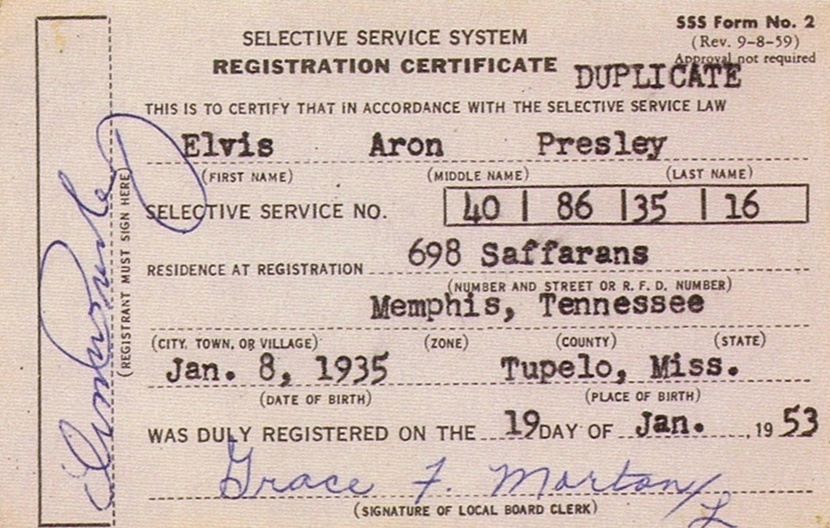 Within 30 days of his 18th birthday (according to law in the USA), Elvis registered at Selective Service. His first step towards serving Uncle Sam.

The Presley’s address at this time was 698 Saffarans. 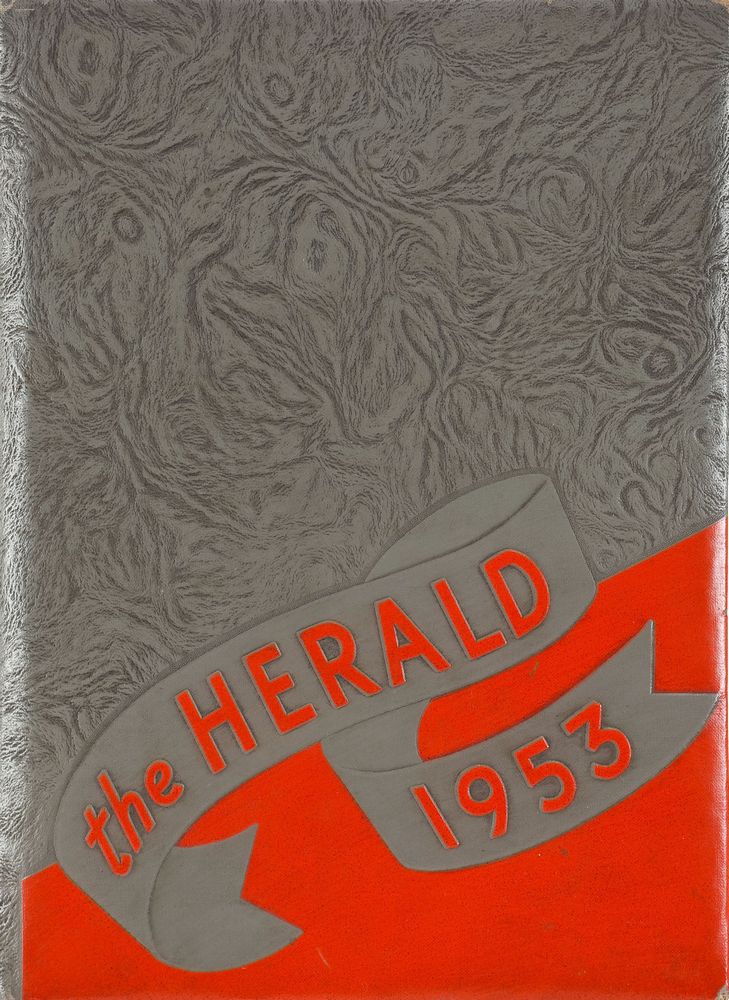 The Herald, the Humes High yearbook

Next to the cover of the yearbook we have the page that mentions Elvis.
And below, on the page of the ‘Officers’, we find George Klein since he was President of the Senior Class.

Here we have two examples of yearbook-pages that were signed by Elvis:

“Best of luck to a very pretty girl.
Remember me.
Elvis Presley” 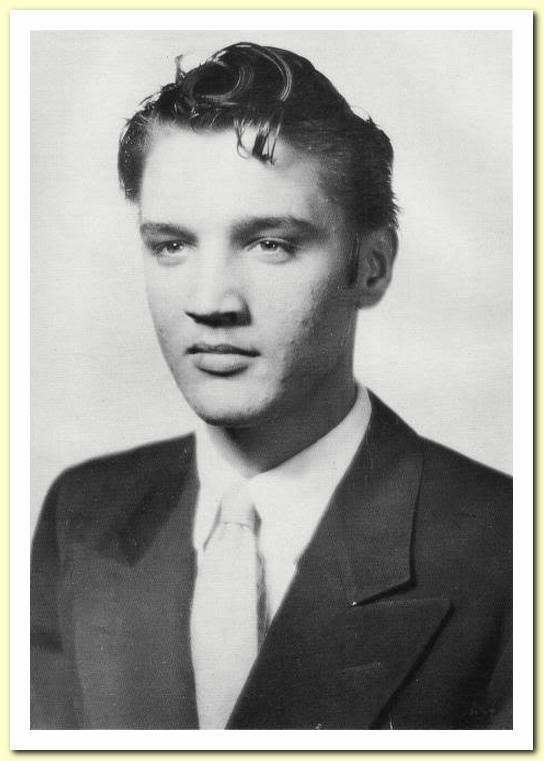 This is an uncropped version of the picture that was used in the Humes yearbook of 1953. 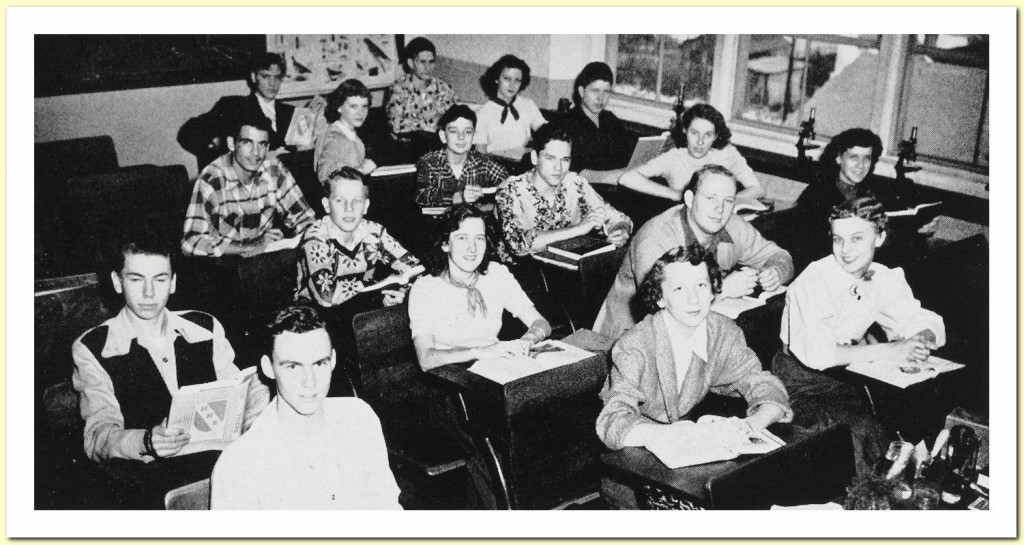 Elvis is seated in the back of the classroom. 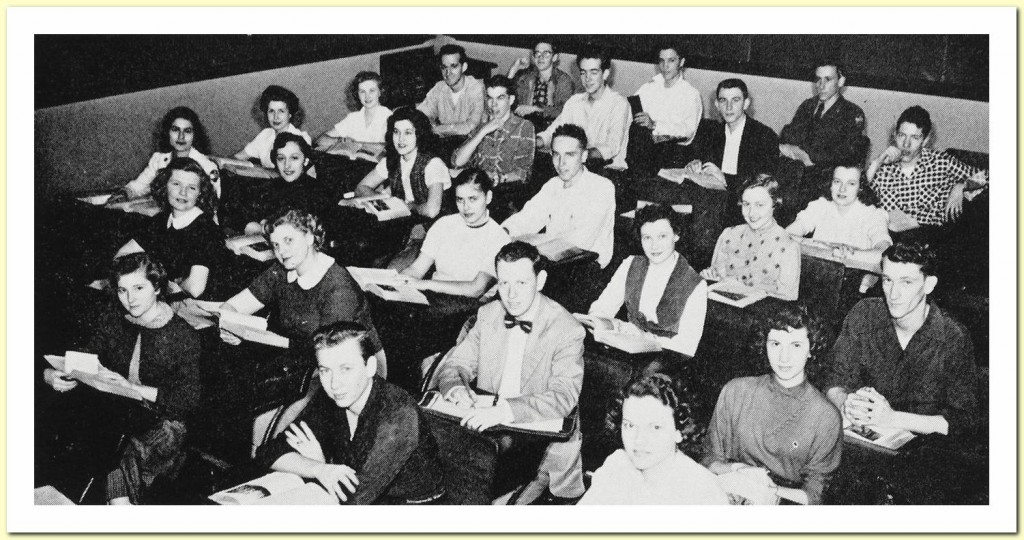 Elvis is, once again, seated in the back of the room.

In the front row we see Ed Leek, Elvis’ friend, and the person who would later own the original acetate of My Happiness. 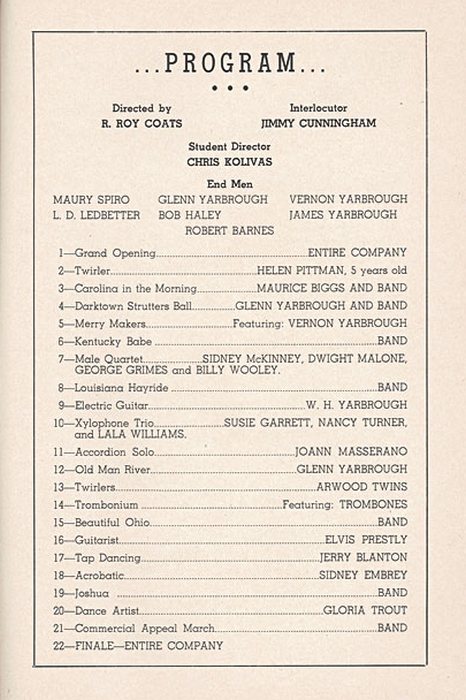 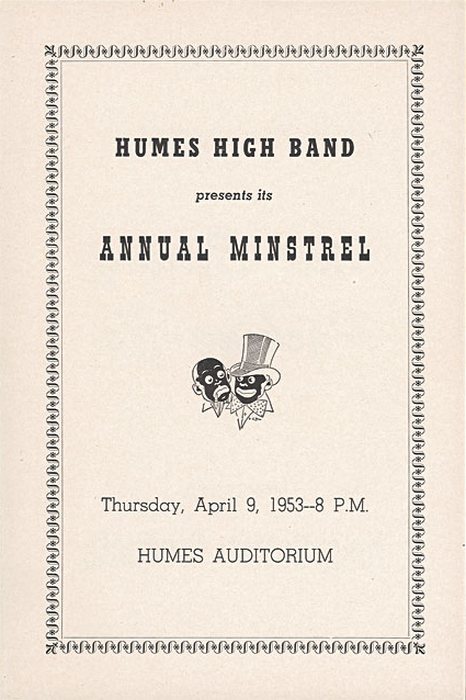 During Humes’ annual Minstrel Show, Elvis performed Till I Waltz Again With You (and probably also Keep Them Cold Icy Fingers Off Of Me).
Apparantly he was the only performer this evening who got called back for an encore.

Notice on the program-sheet, where Elvis is billed as act nr. 16, that his name was (once again!) misspelled. This time they got his surname wrong: Prestly. 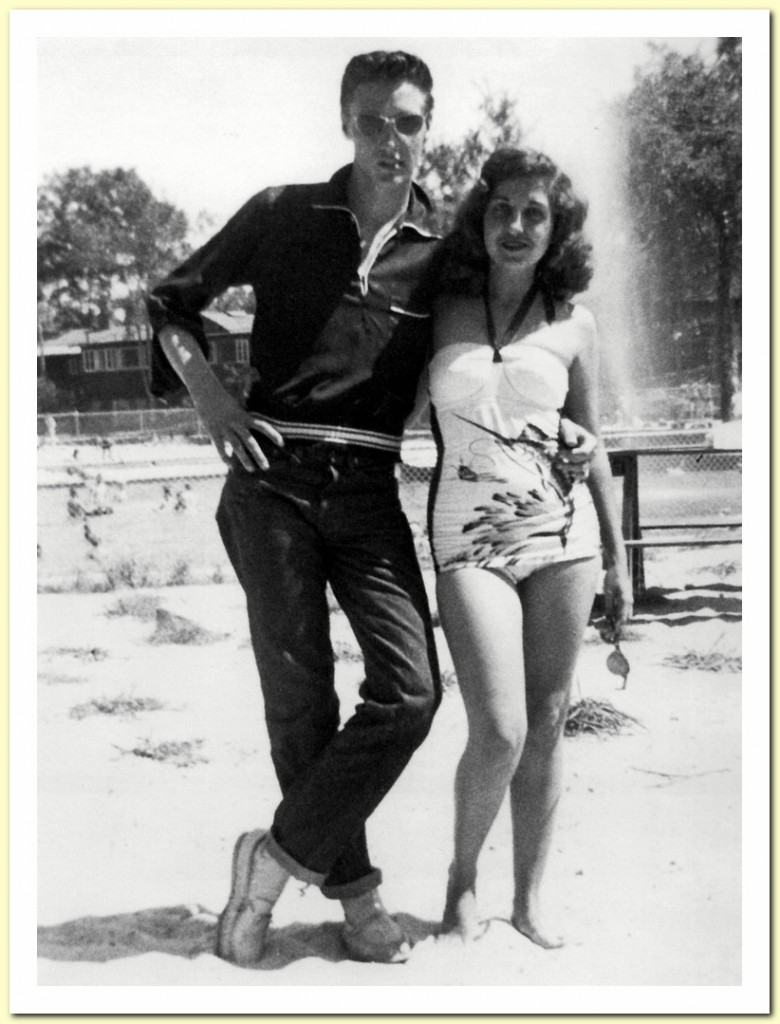 Elvis is pictured with classmate Rosemary Baracco at Maywood Beach. 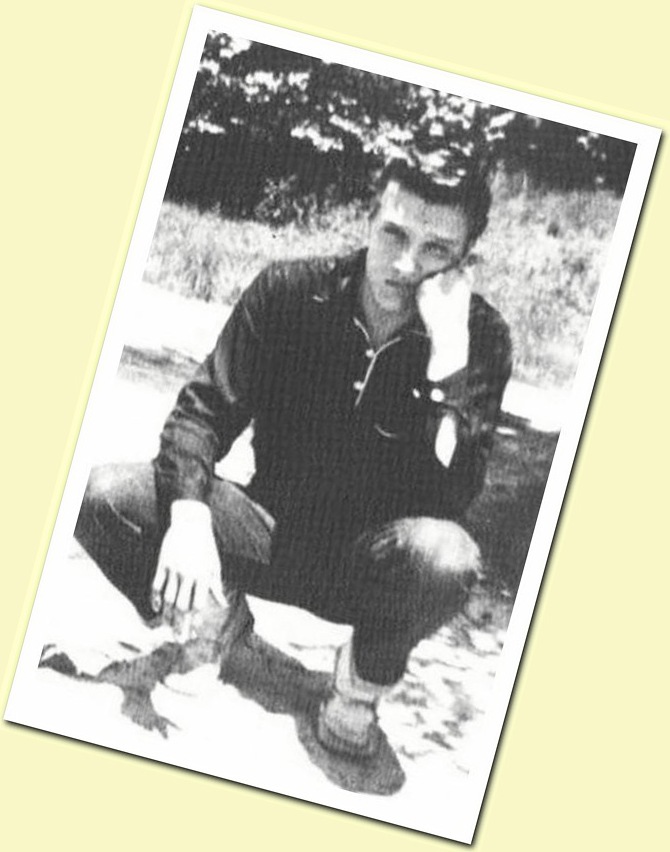 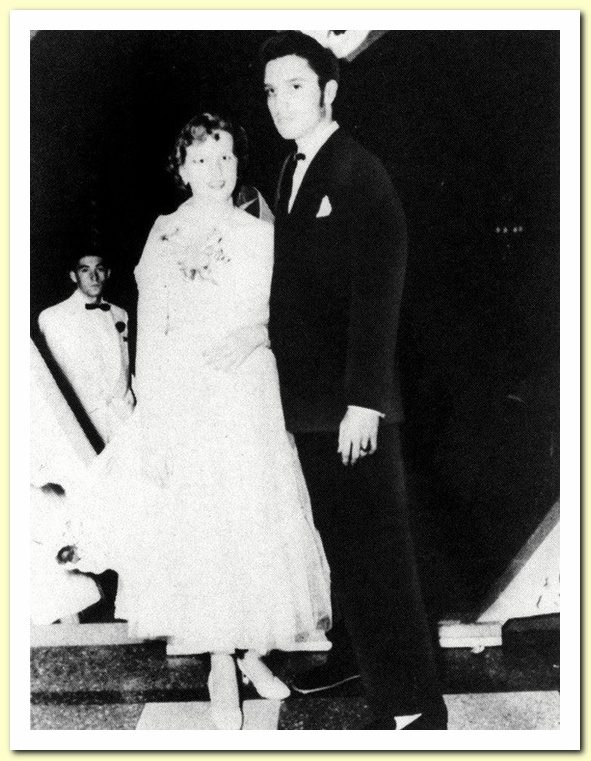 Regis:
“When we entered the Peabody Hotel through a gigantic heart-shaped door and the band was playing, I expected we’d join the other couples dancing, but Elvis told me he didn’t know how to dance. So we sat and talked and drank Cokes all night.” 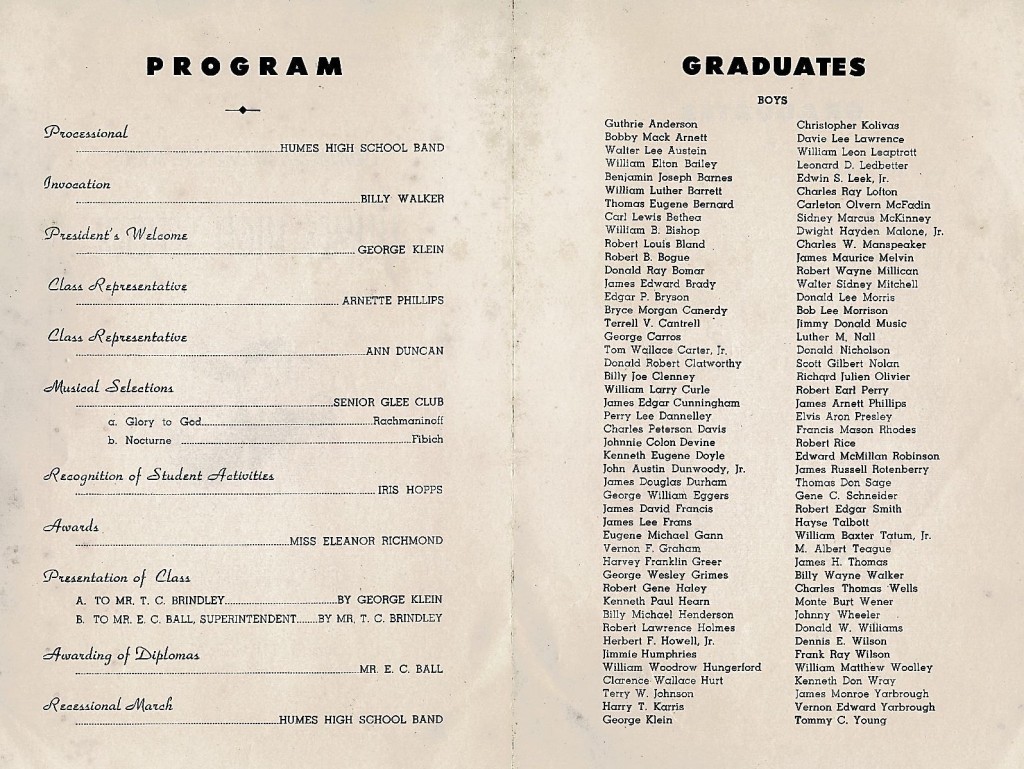 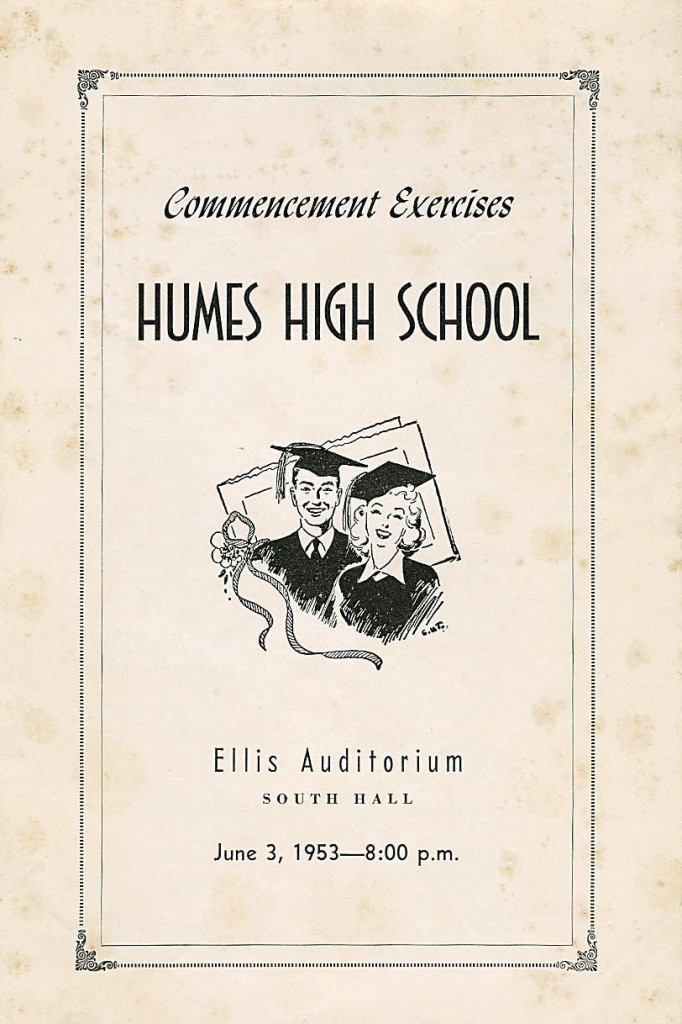 As is pretty common in Memphis, the graduation was held in Ellis Auditorium.

Next to Elvis (who’s name is spelled correctly for a change!) we can see George Klein as one of the GRADUATES.
George’s name is also mentioned twice in the PROGRAM as one of the speakers this evening. 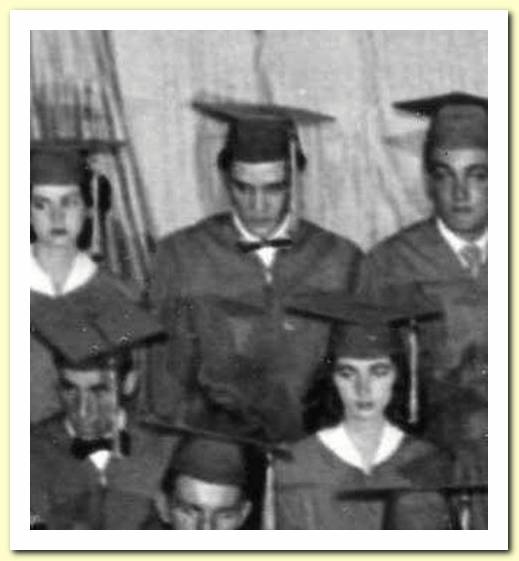 It’s not surprising to learn that the shy Elvis is comfortably seated in the very last row. 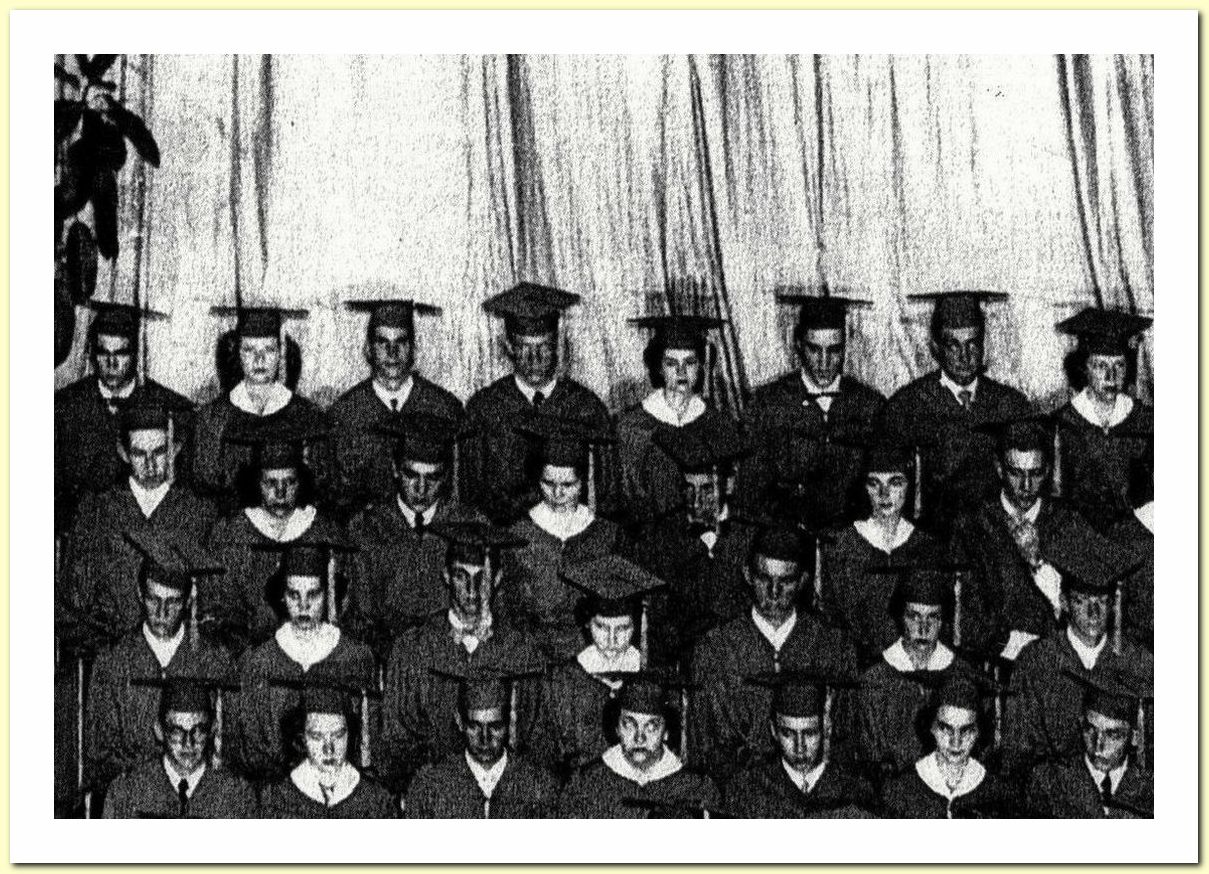 To the right we have an alternate shot of Elvis in which his head is moved a bit more backwards.
The photos must have been taken only moments apart since the differences are hardly noticeable.

Below we have two alternates compared to the group-photo above. The differences are more notciceable this time.
In the left one we can now also clearly see George Klein on the front row, to the right. 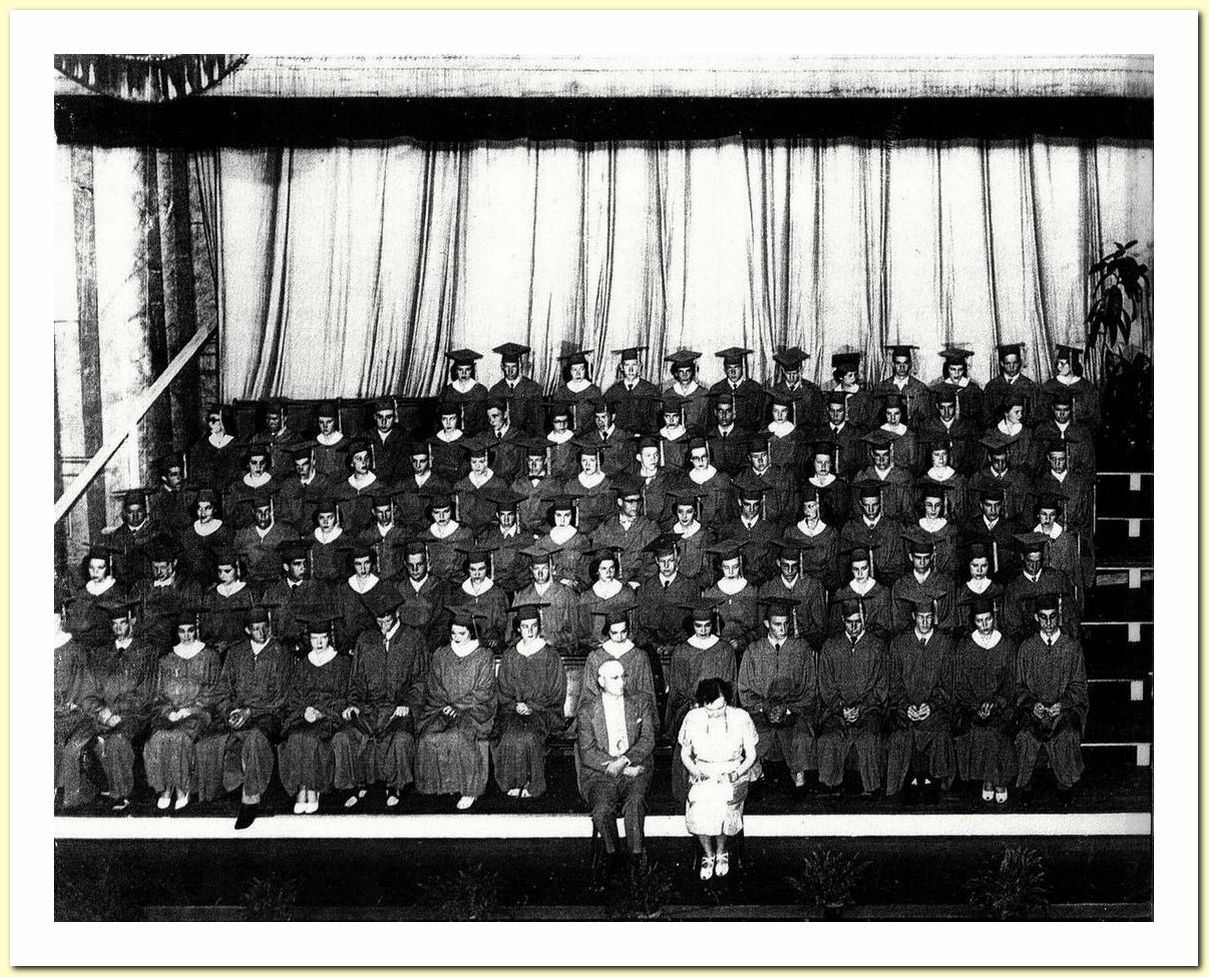 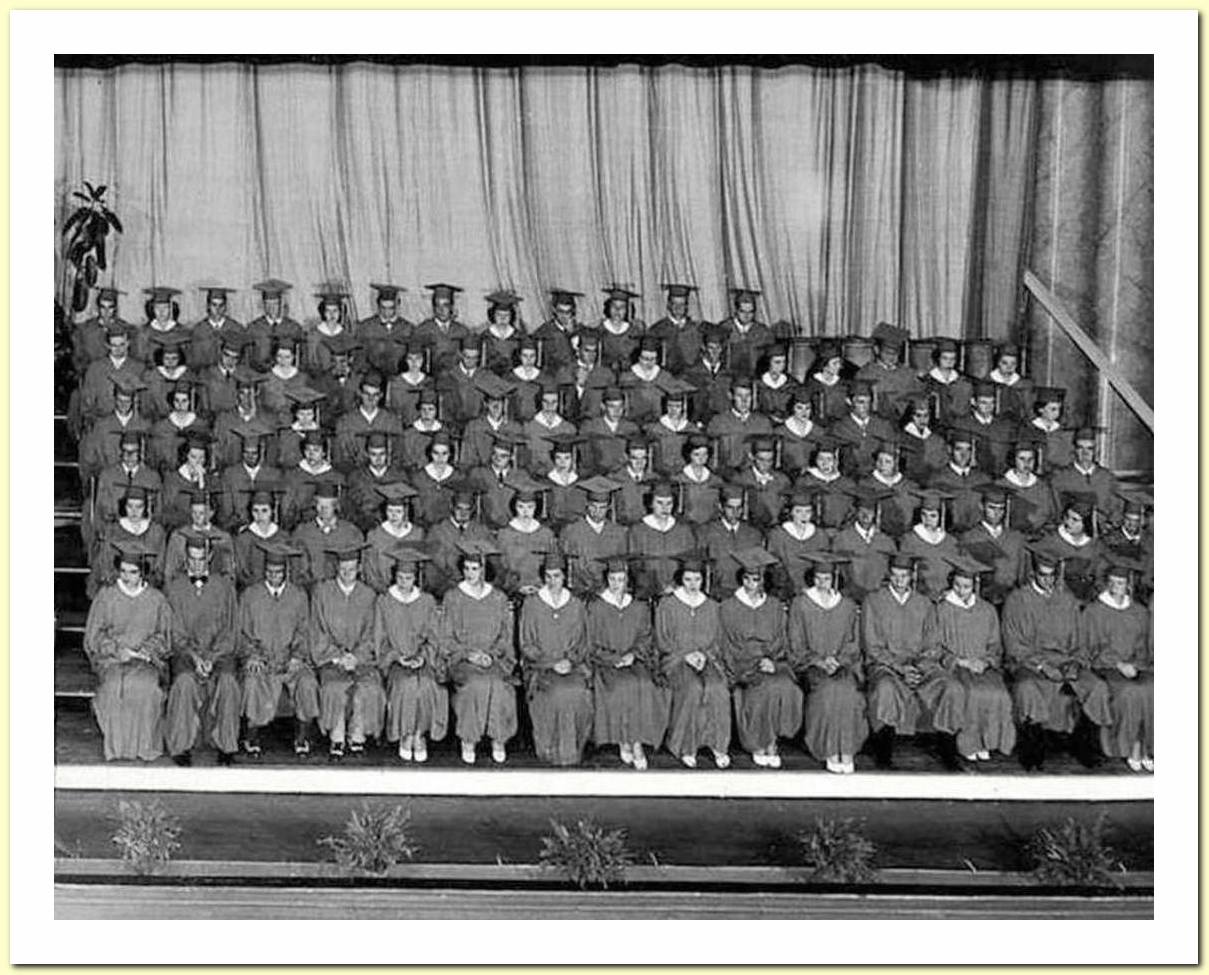 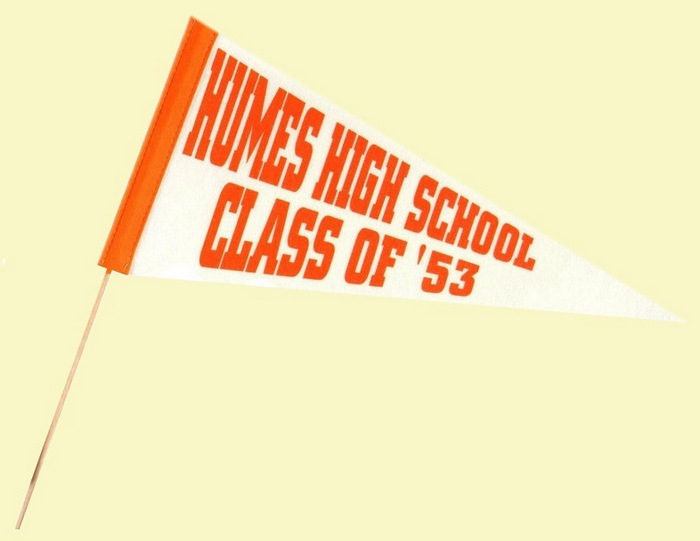 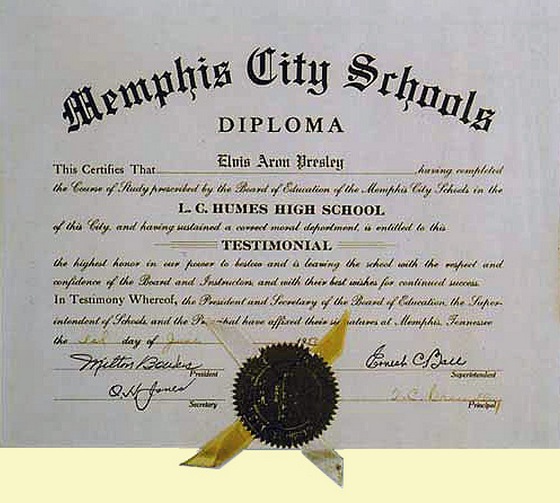 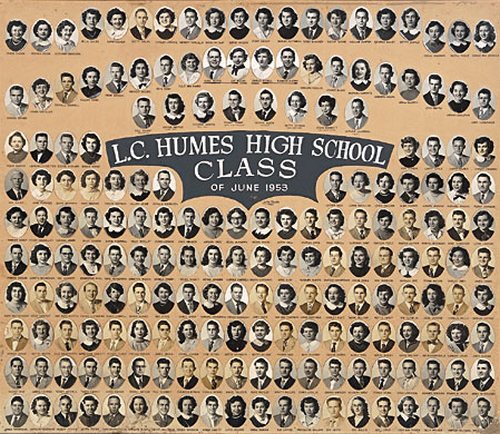 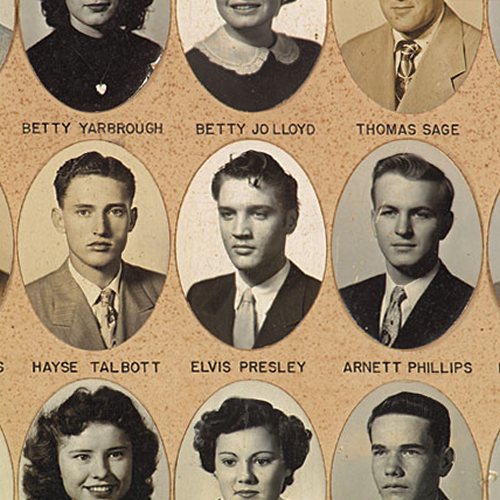 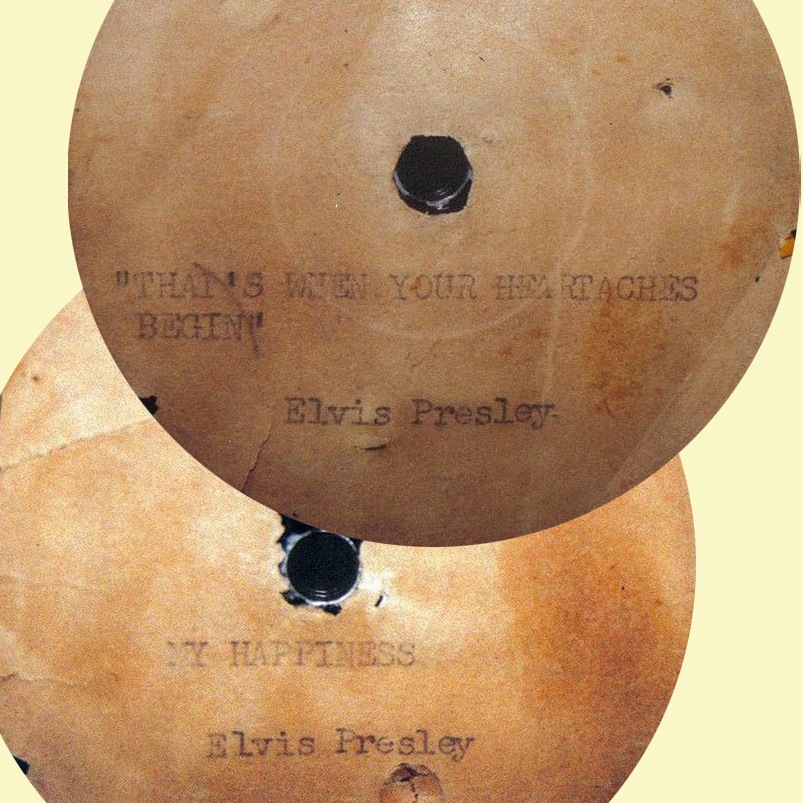 After he finished High School in early June, Elvis started working the assembly-line for the M. B. Parker company. And a few weeks later history was being made when Elvis walked into a recording studio for the first time and recorded My Happiness and That’s When Your Heartaches Begin. 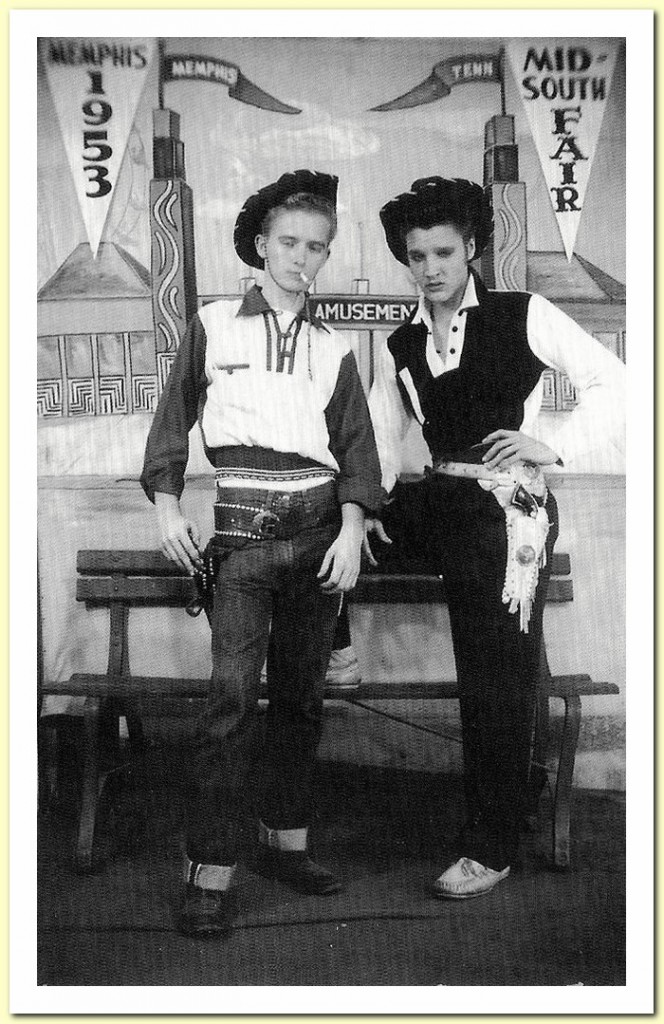 At the Mid-South Fair in Memphis, with cousin Gene Smith.

Elvis is wearing the same shoes as in the Maywood Beach pictures earlier this year.

This month (September), Elvis went back to work for the Precision Tool company. It is assumed that he would work here for the next 6 months, until he started working for Crown Electric. 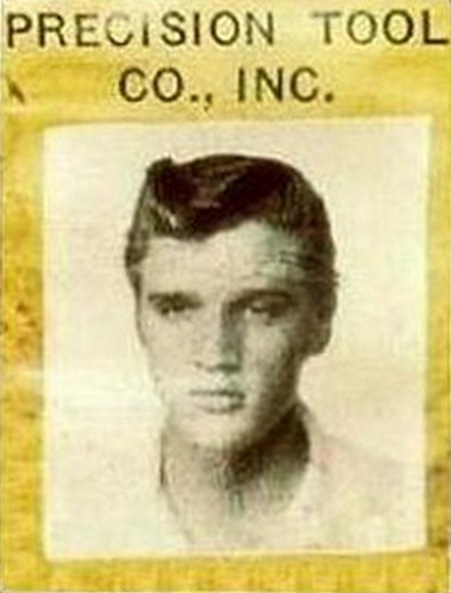 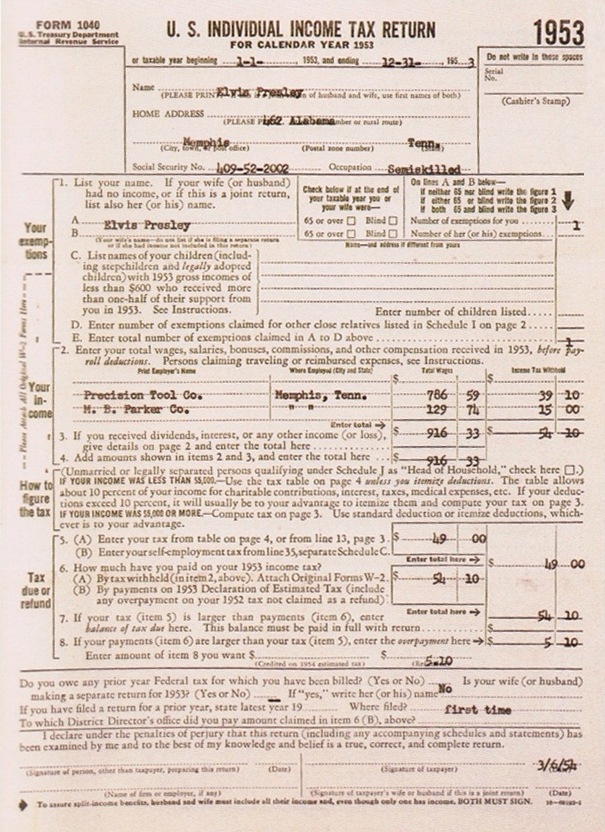 The Presley’s address at the time (March ’54) was 462 Alabama. Elvis and his parents would move two more times before they would live at Audubon Drive in April of 1956.