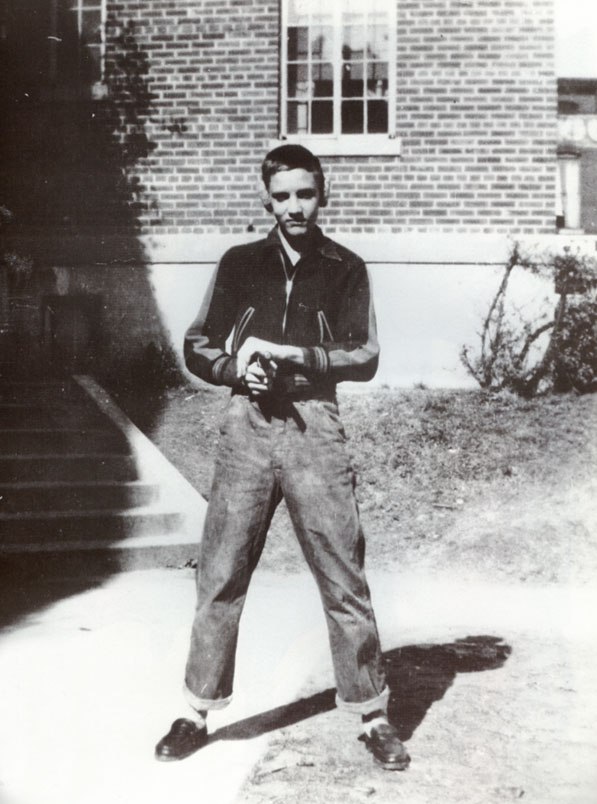 This candid of Elvis posing with a toy gun in front of the Presley’s apartment on Lauderdale Courts, first saw print in my 2nd book “Elvis, Faces And Stages” in 1986. Back then I had a keen eye for which Elvis photos were rare and which weren’t. But that was 27 years ago. Only recently, while having a closer look at this particular image, dating back to circa 1949 in Memphis, I noticed for the first time the headphones he’s wearing!

When I mentioned this ‘discovery’ to my colleague Bob he replied: “Yeah, I’ve read about the headphones before, probably on FECC, many years ago”. Damn! I know there’s a few good photo-detectives moving around on that particular site, so maybe I can’t really claim this to be my discovery. But I very much doubt if anyone has ever linked the headphones to one Buck Rogers.


Who is Buck Rogers? Buck operated in the 25th century A.D. as some sort of space cop fighting the bad guys on different planets. His character was born in a fantasy mag ‘Amazing Stories’, published at the beginning of the 1930s in the U.S. It was soon followed by a comic strip syndicated to newspapers all over America. Around the same time Buck Rogers moved on to star in four Radio broadcasts each week, done by CBS. And by 1939, Buck, played by Larry ‘Buster’ Crabbe, landed on the big screen in three so called movie serials with 12 episodes each. They were hugely popular with both kids and adults. By 1947, the Radio show was still on the air, and in 1950 the movie serials were broadcasted on television several times a week.

The Presleys didn’t have a television set back in 1950, but they did listen to the radio all the time. And wasn’t young Elvis to be found at the local movie houses every week? The headphones may very well prove Elvis wasn’t just a big comicbook-fan. Radio- and moviehero Buck Rogers probably played a part in the wonderful fantasy world of young Elvis as well. 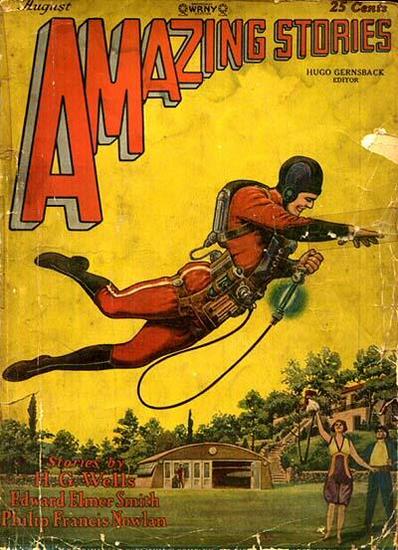 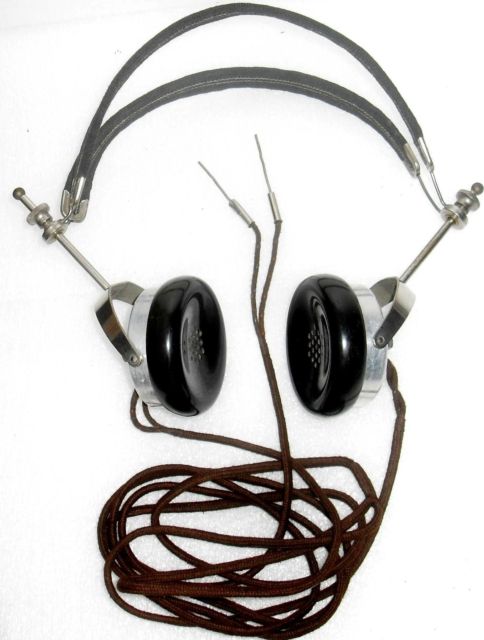 To the right, a pair of authentic 1920’s radio-headphones.

The birth of Buck Rogers, in ‘Amazing Stories’ from the late 20’s. 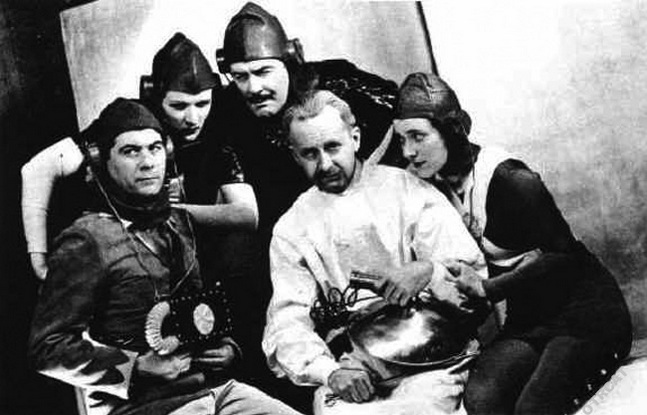 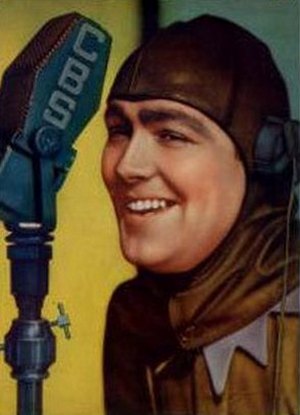 The cast for the Buck Rogers radio show in the early 30’s. 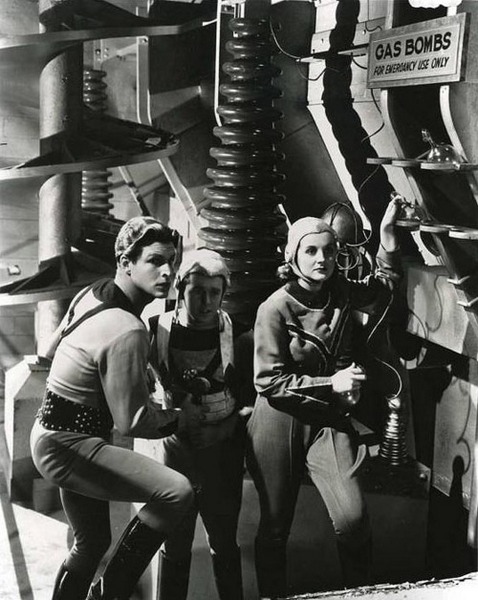 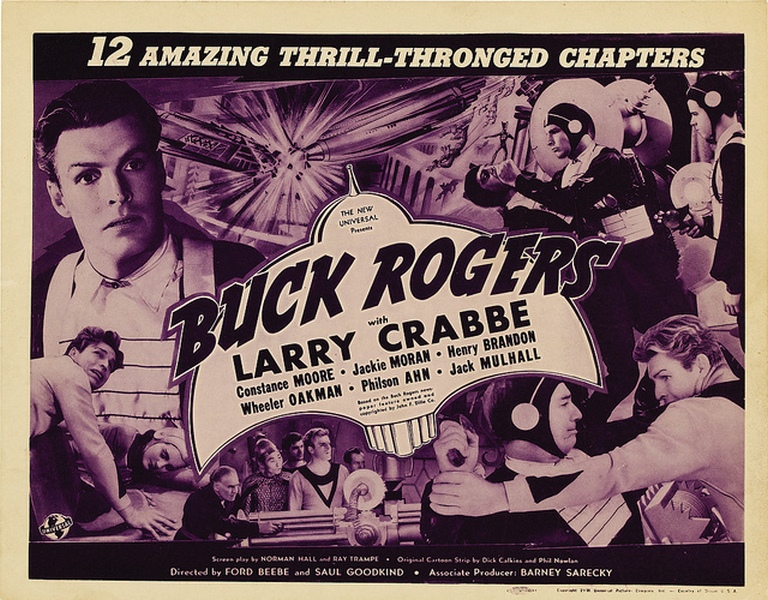 In 1939 Buster Crabbe starred as Buck Rogers in the serial.

This serial was cut into a movie in the early 50’s and it also aired on national television a little while later.

Ever since the start of the radio show in 1932, the Buck Rogers brandname produced a ton of merchandise for children of all ages … 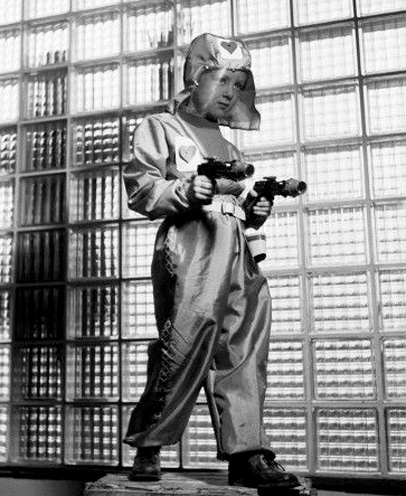 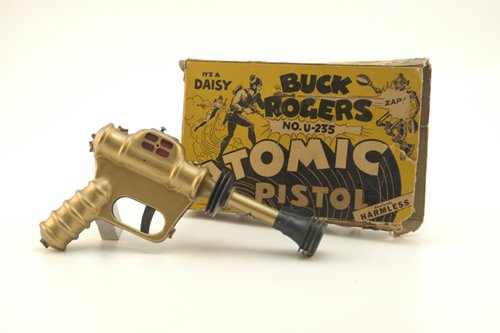 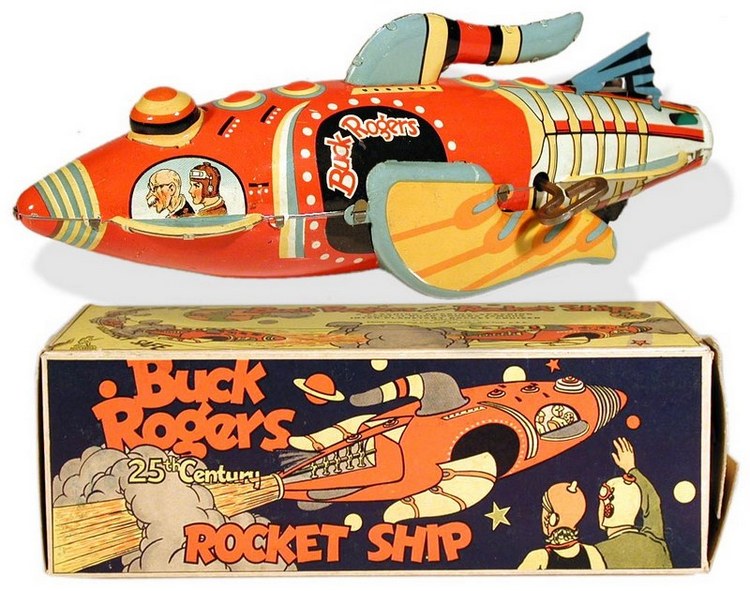 … and if you were a real fan, you would become a Rocket Ranger! 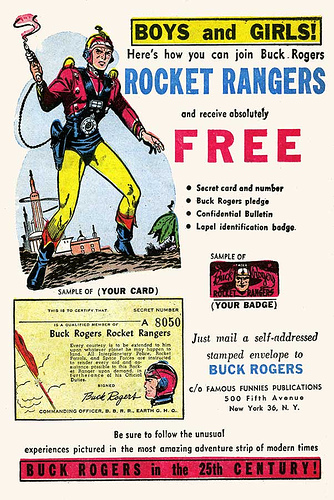 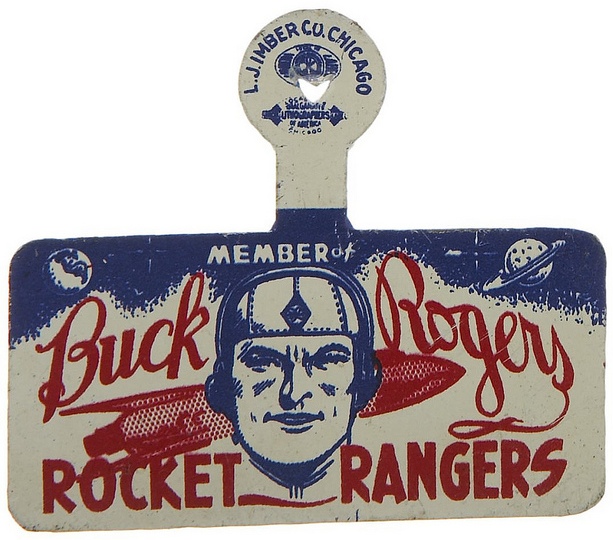