Elvis, My Brownie, And Me 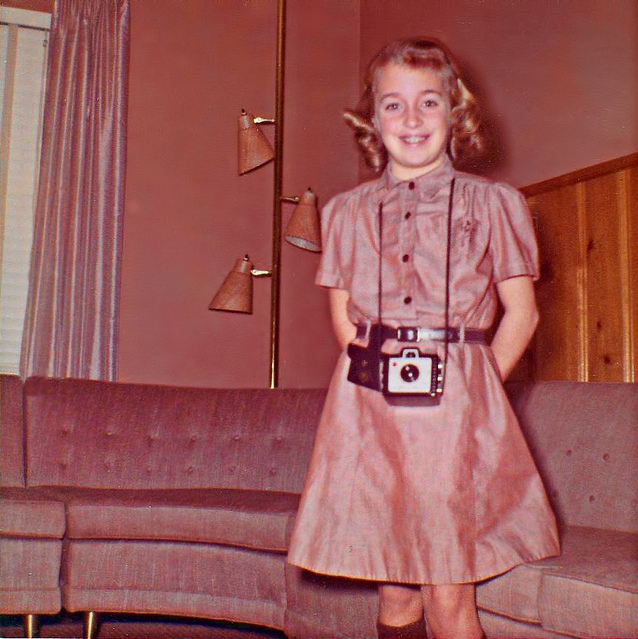 Betty Spiegelman was 13 back in 1955, when she formed The El’s Angels Fanclub. At first, the members (all girls between the ages of 12 and 16) lived in and around Dallas, Texas. And they all adored Elvis with a passion. Whenever they could, the Angels would go out and see Elvis perform in the Dallas area. But it wasn’t uncommon for them to visit out of state when Elvis happened to be in town. Most Angels owned Kodak Brownie cameras, like so many other teen-agers at the time. Betty got a Brownie for her 13th birthday and for many years used it to photograph her hero.
She would trade copies of her Elvis candids with other fans spread all over the US. By 1960 The El’s Angels had over 300 registered members. Many of them had found Betty’s club address in the various Teen publications such as Dig and Teen Parade. When Elvis returned from the Army in 1960 and stopped giving concerts, interest in Elvis for many an Angel started to wain. In 1963 Betty disbanded her club, got married in ’65 and all her hundreds of candids, collected thru the years, moved to a corner in the basement of her house. In ’69, Betty and her husband and daughter moved away from Dallas to ….? No one knows! Some of her old friends suspect the Spiegelmans emigrated to New Zealand … for reasons unknown …?

About 5 years ago, at a garage sale, a shoebox was found filled with Elvis candids and some magazine clippings, dating back to the 1950’s and early 60’s. The box was marked with the initials “B.S.”.
What has happened to those hundreds of candids Betty once had? Lost for good? Are the ones found in the shoebox, the only ones that have survived? Time will tell … 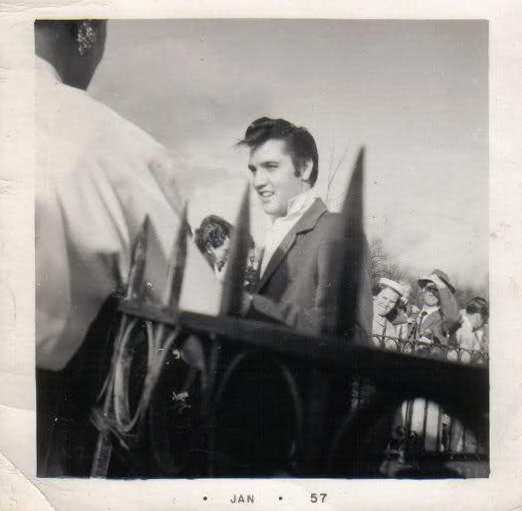 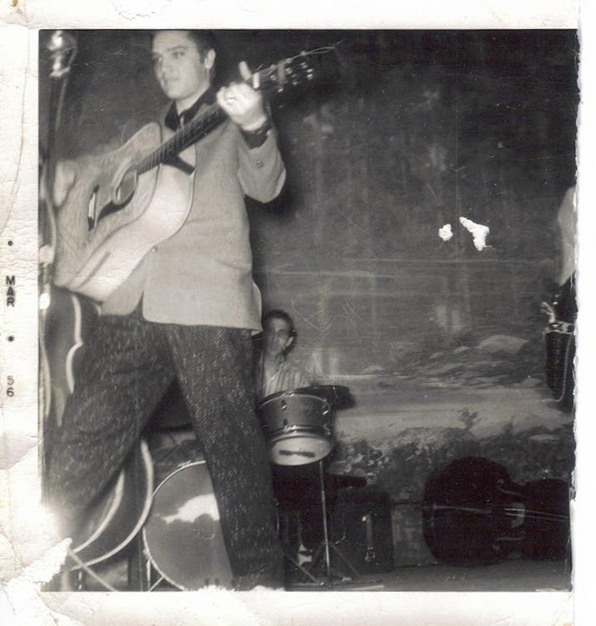 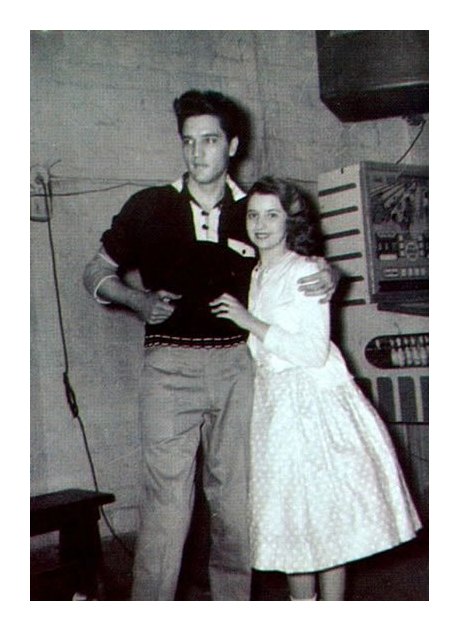 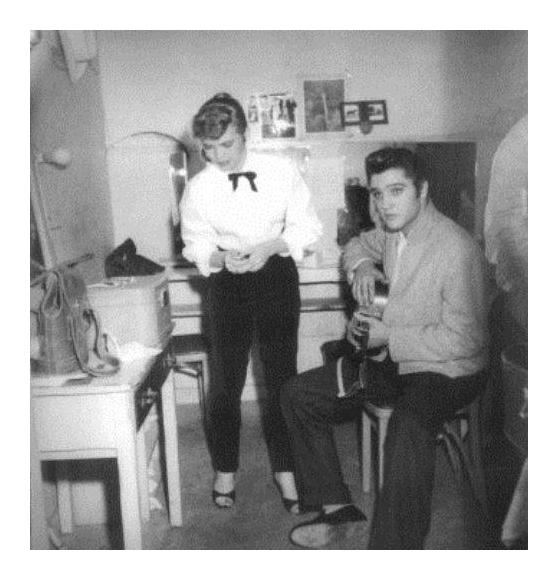 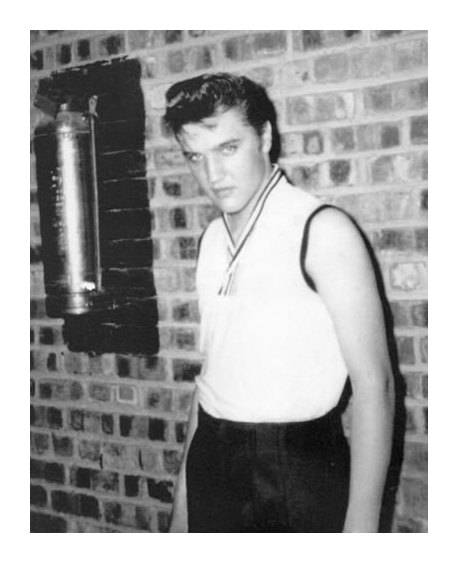 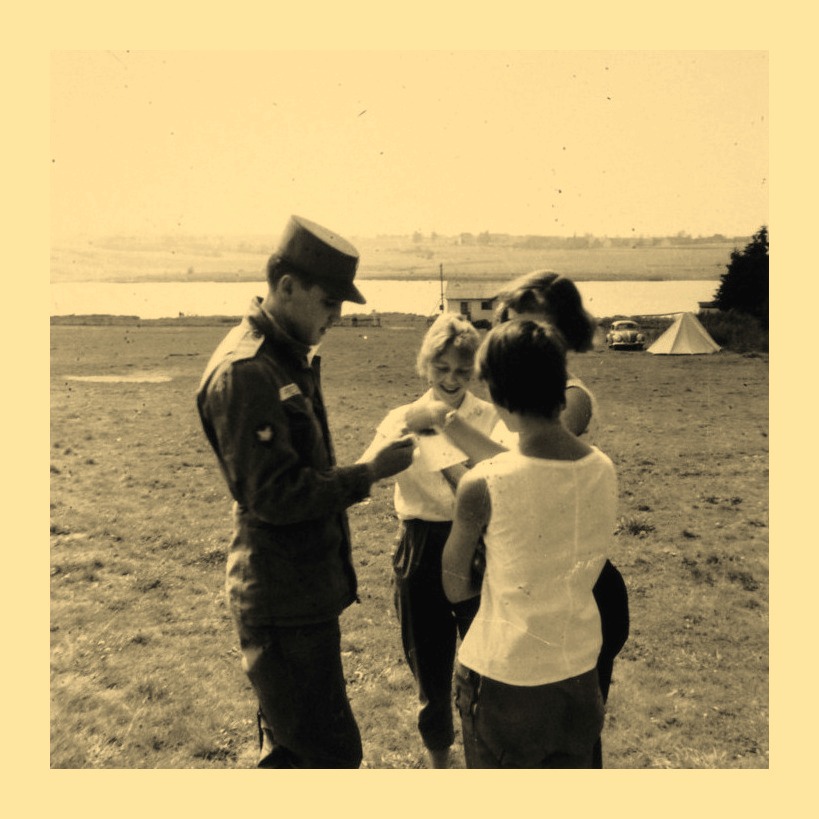 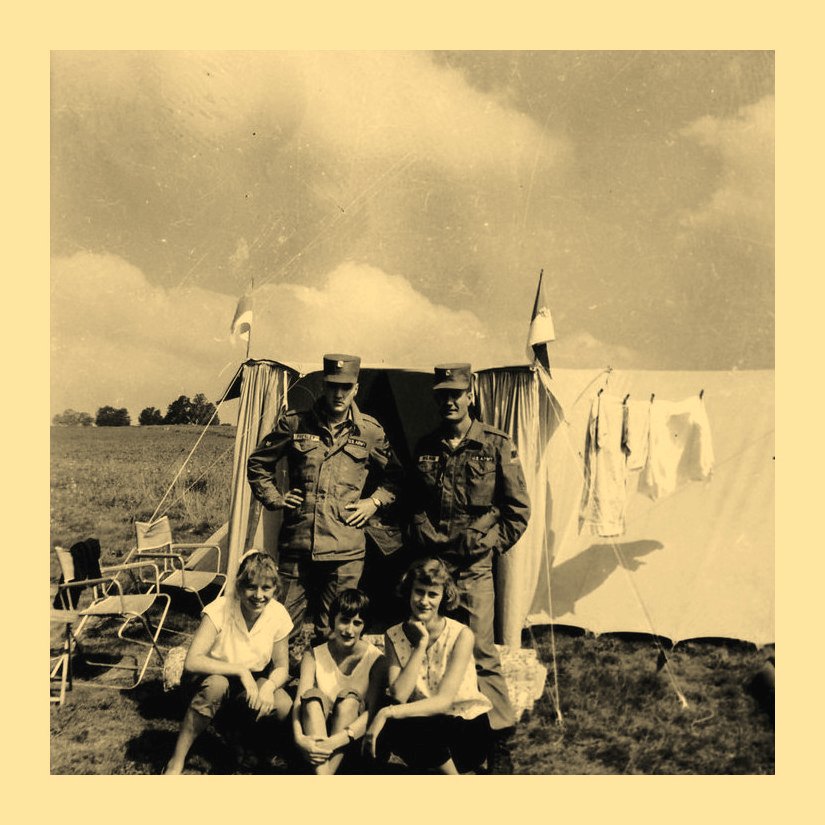 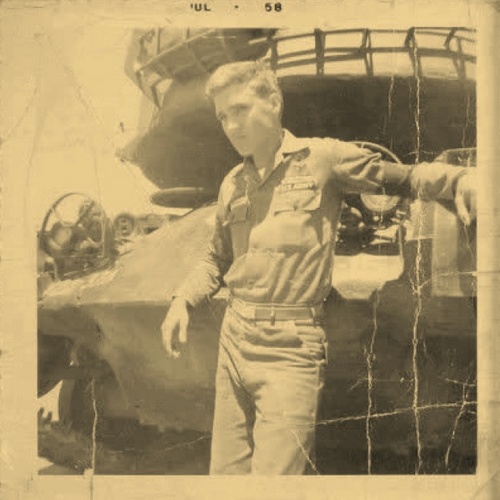 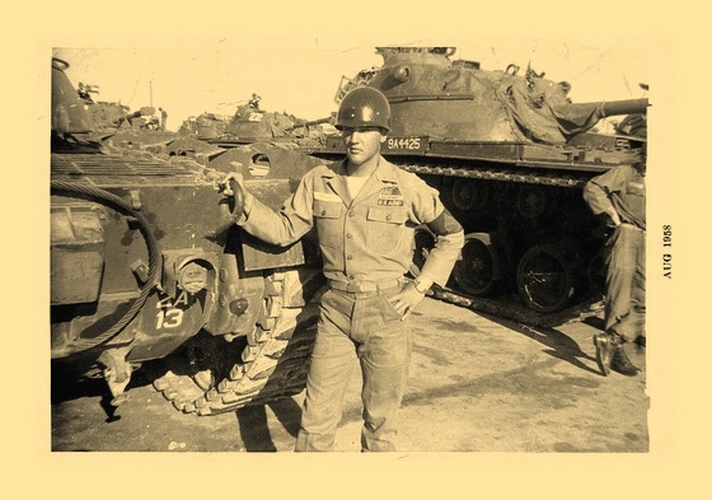 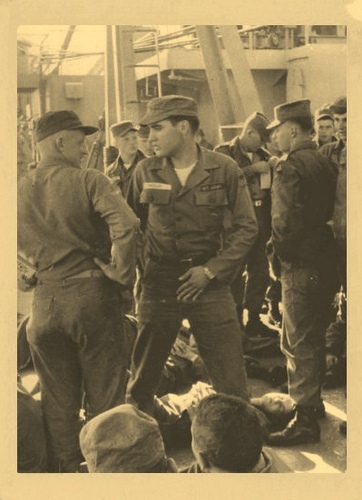 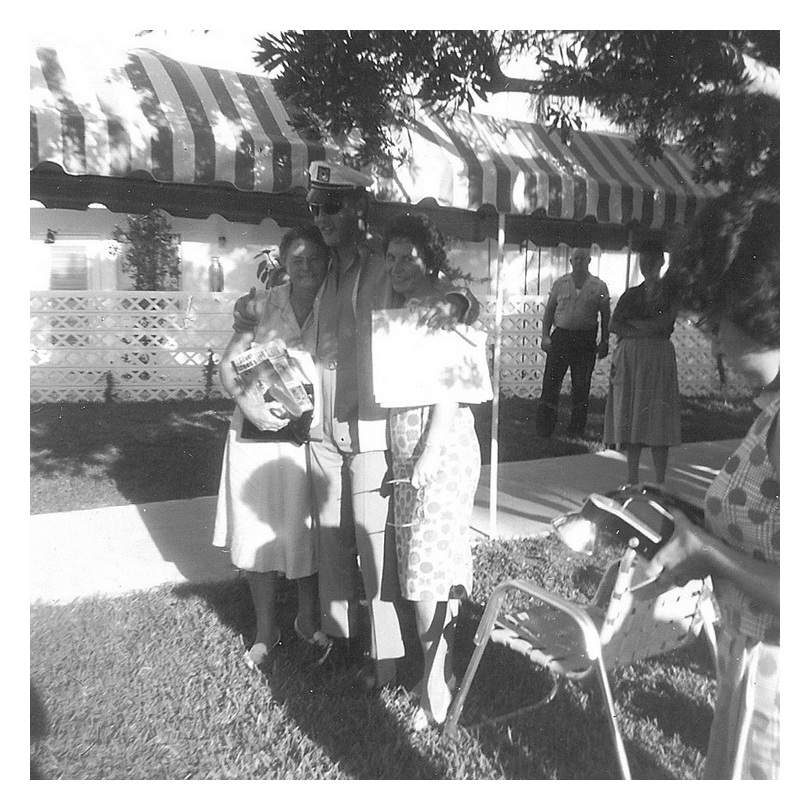 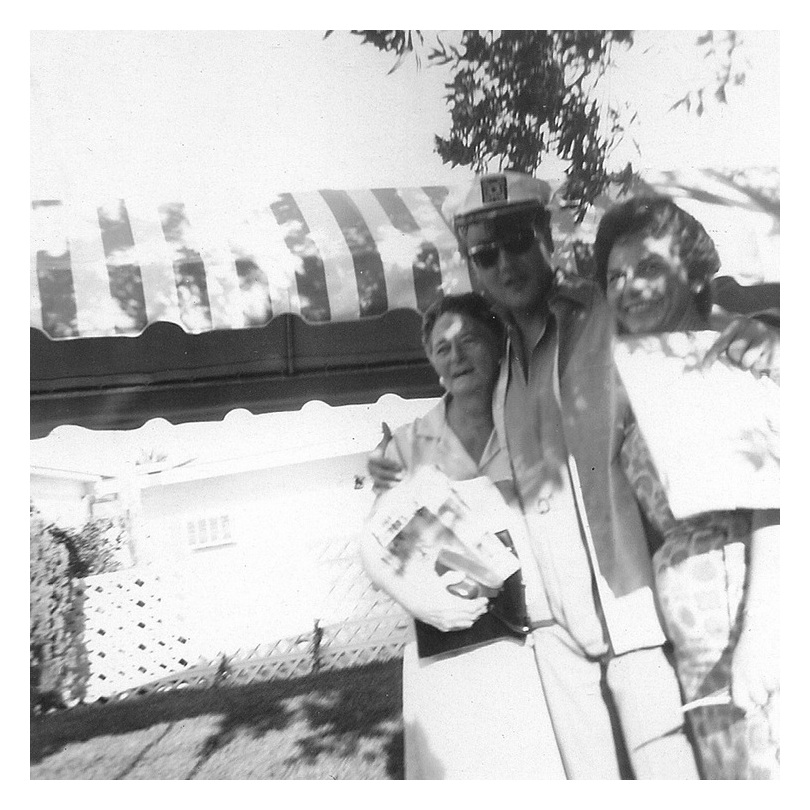 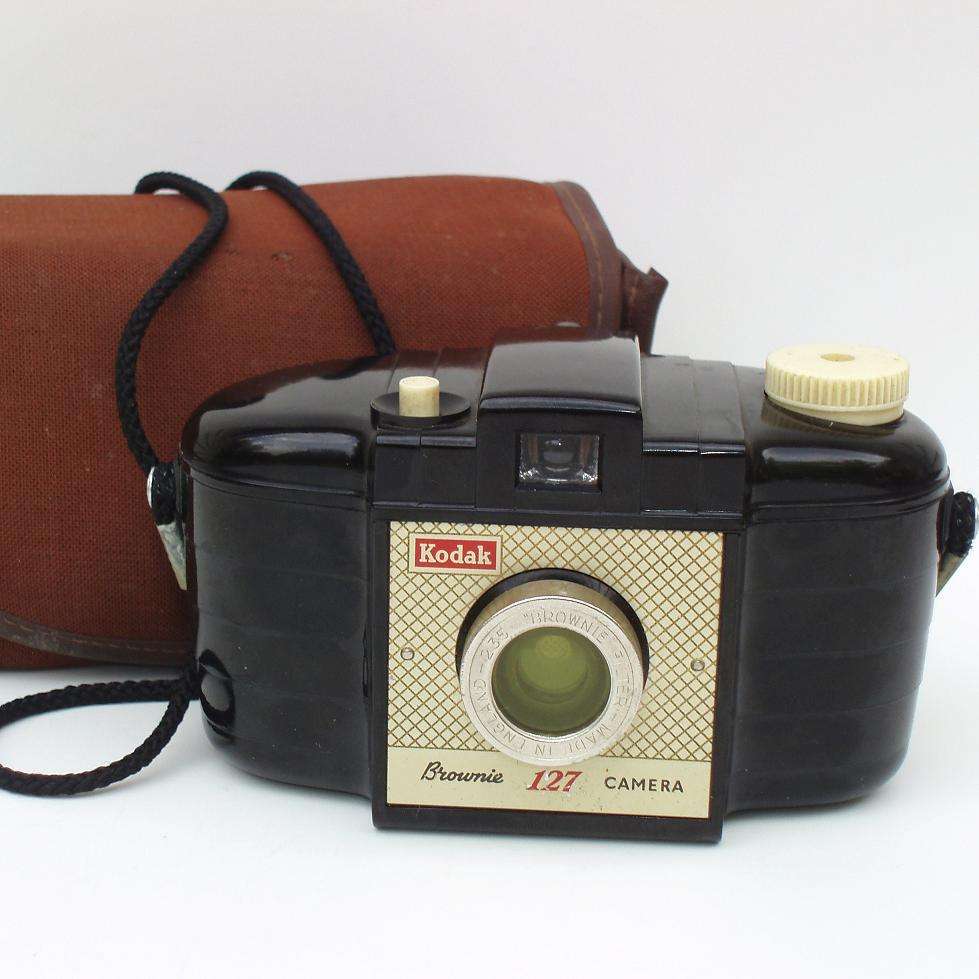 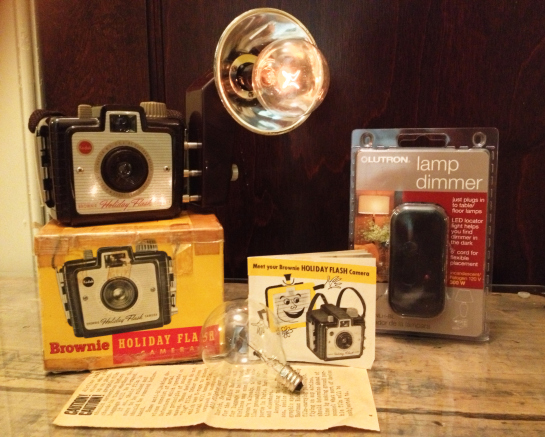