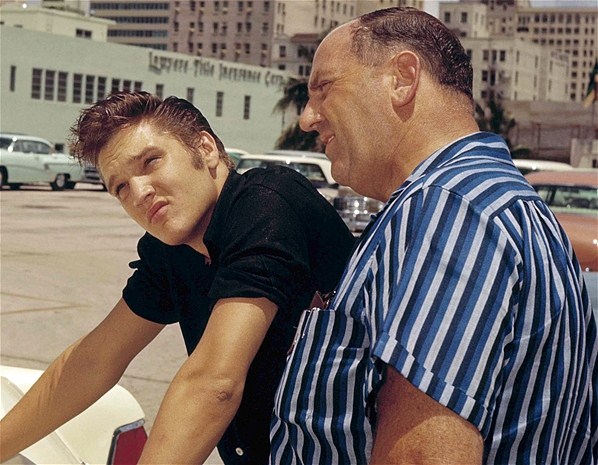 After a well deserved holiday with his girlfriend June Juanico in Biloxi, Mississippi, Elvis, Red, and two of his cousins take off for a long drive in his lavender colored Lincoln to the sunshine state Florida. Elvis and his band are booked for a week of concerts, starting in Miami on August the 3rd.
Other towns on the list are: Tampa on the 5th, Lakeland on the 6th, St. Petersburg on the 7th, Orlando on the 8th, Daytona Beach on the 9th, and the final 2 days in Florida (10 and 11) see him, and his entourage, perform in Jacksonville, for a total of 6 shows at the Florida State Theater. 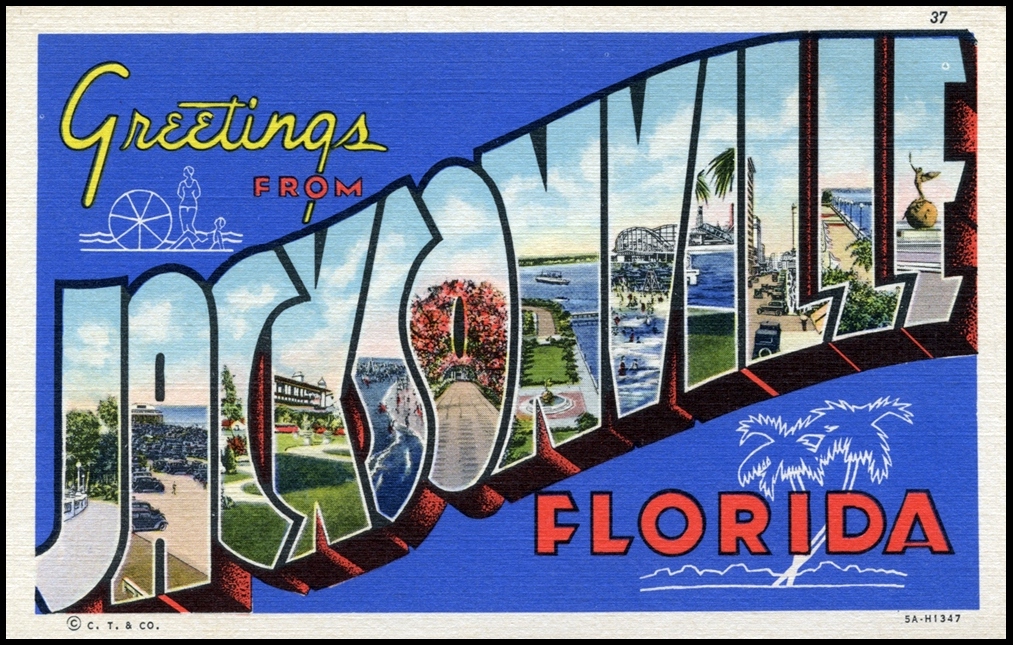 It’s there, in Jacksonville, where Elvis meets up with 17 year old Andrea June Stevens from Atlanta. She’s the lucky winner of the “Win a Date With Elvis” contest, held by Hit Parader magazine a month prior to the Florida tour. In between shows, Elvis takes her out for hamburgers and cokes, and hangs out with her in the hotel and backstage at the Florida Theater. Photographers follow their every move. Poor Andrea surely had more romantic hopes and dreams before the actual meeting with her idol, that afternoon in Jacksonville, took place. 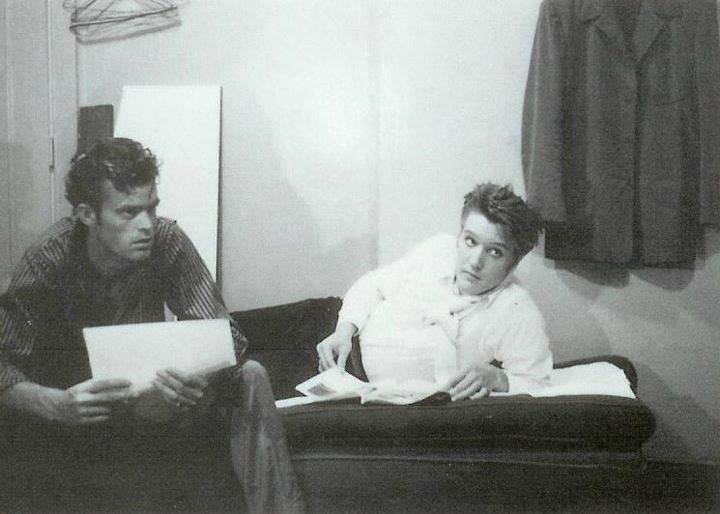 With cousin Junior Smith talking last details in his hotel room before leaving for the first of three shows at the Florida State theater. 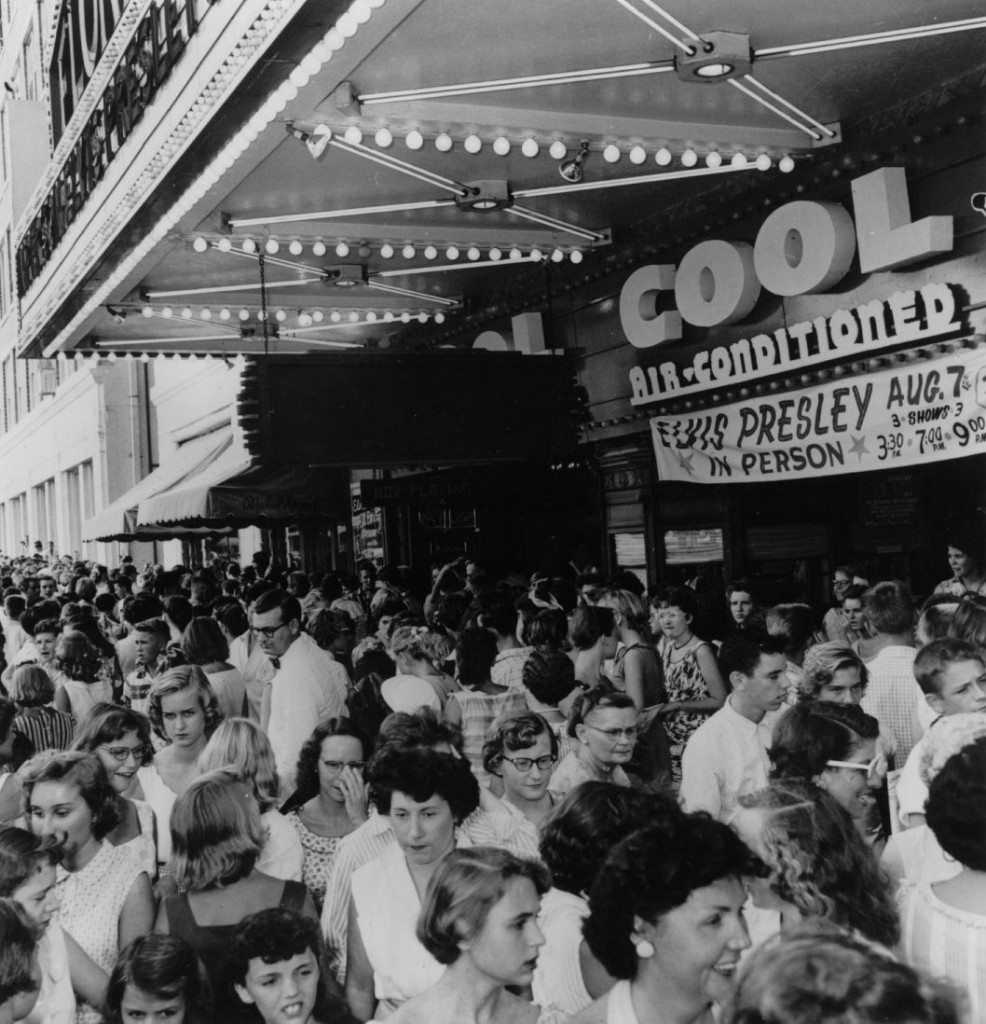 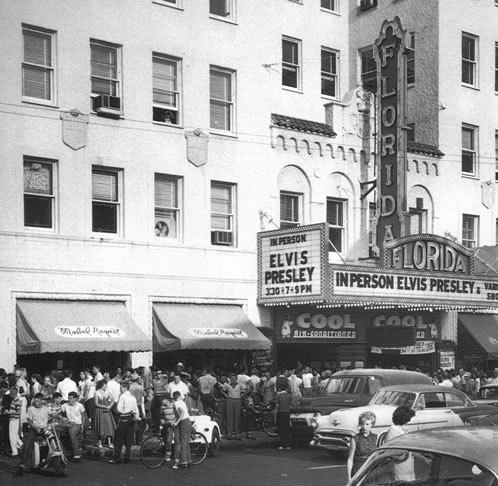 The teen-age crowd builds up rapidly at the front of the Florida Theatre in St. Petersburg … 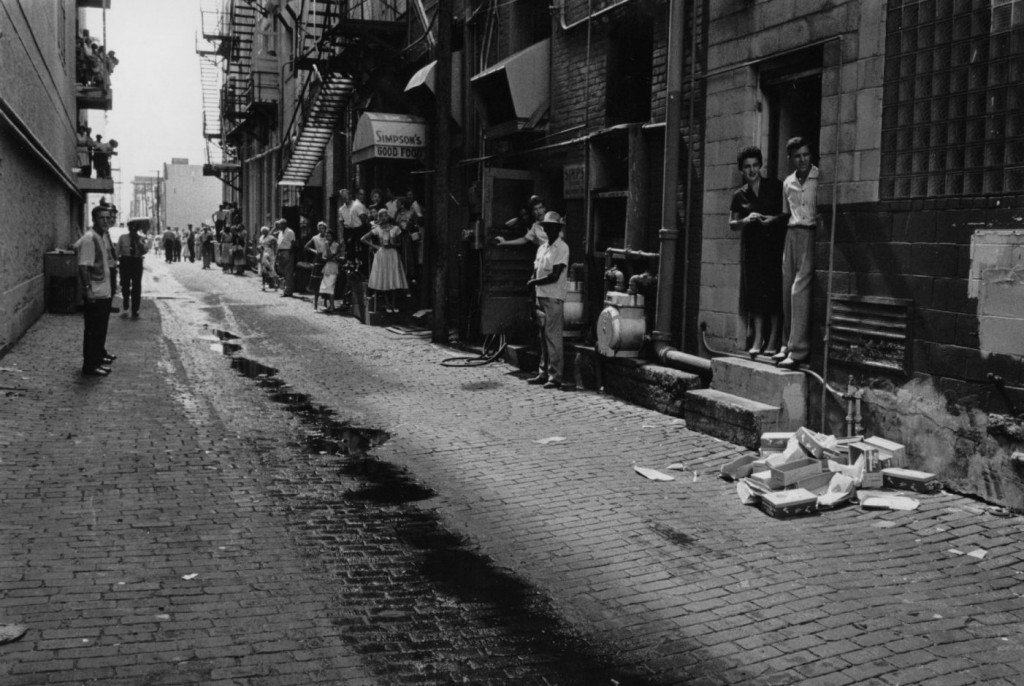 … while the band park their cars in this side alley. 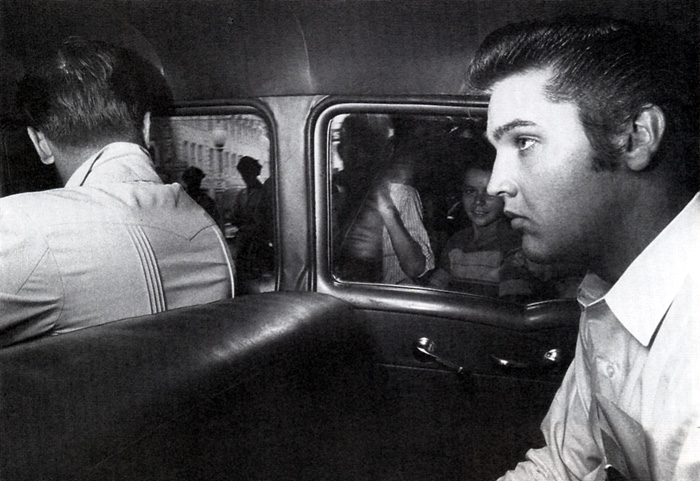 Elvis and his entourage, inluding a policeman for safety matters, drive up in a taxi to the alley around the corner of the Florida Theatre in Jacksonville. 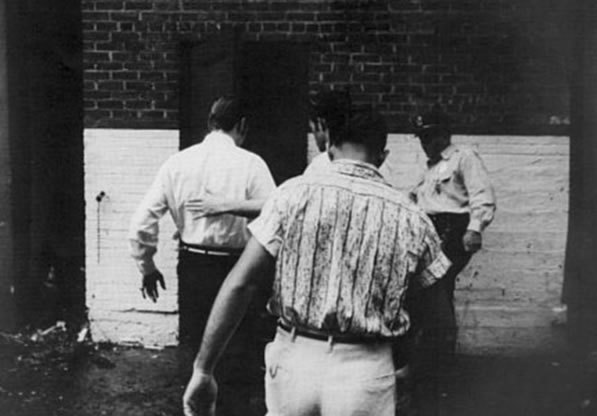 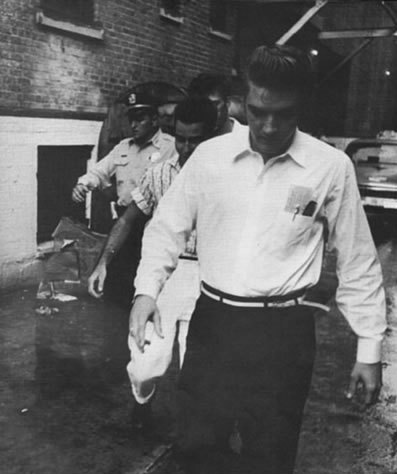 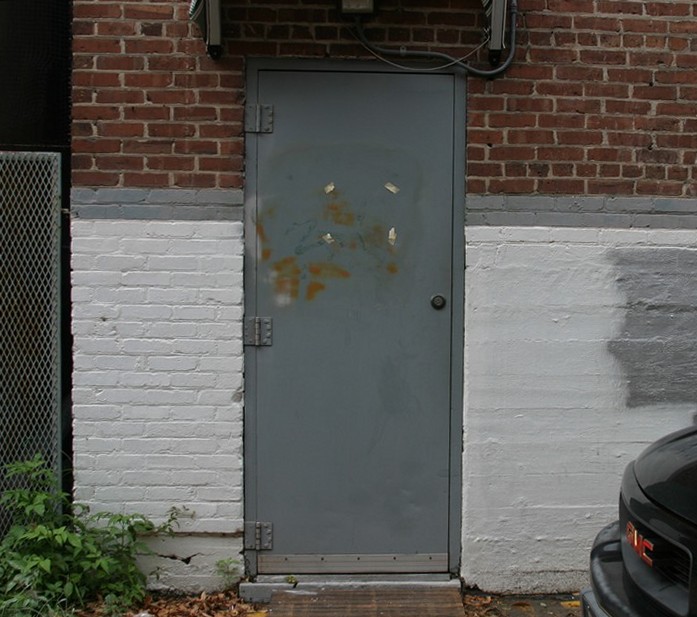 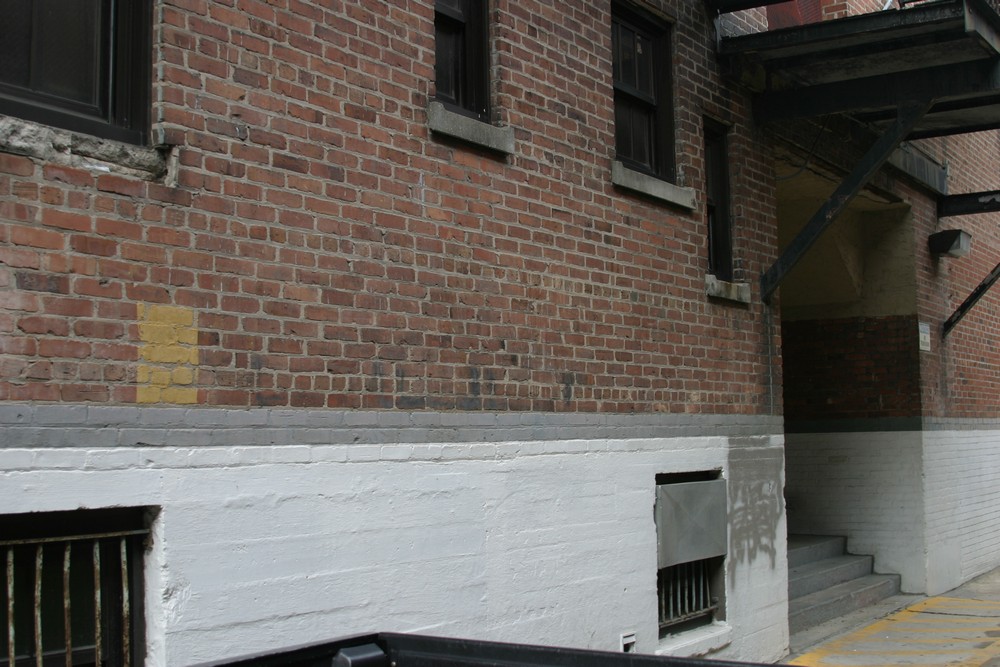 … some 45 years later James V. Roy visits the same location for some breathtaking photography. Some things have changed, but the grey painted back door is still there. 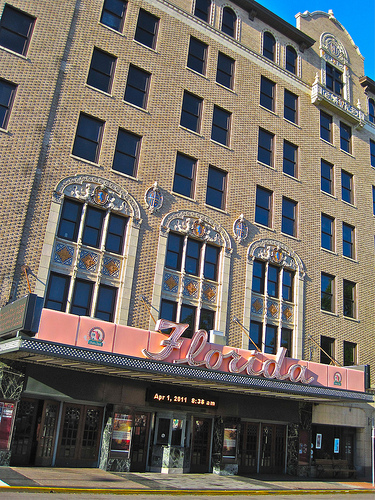 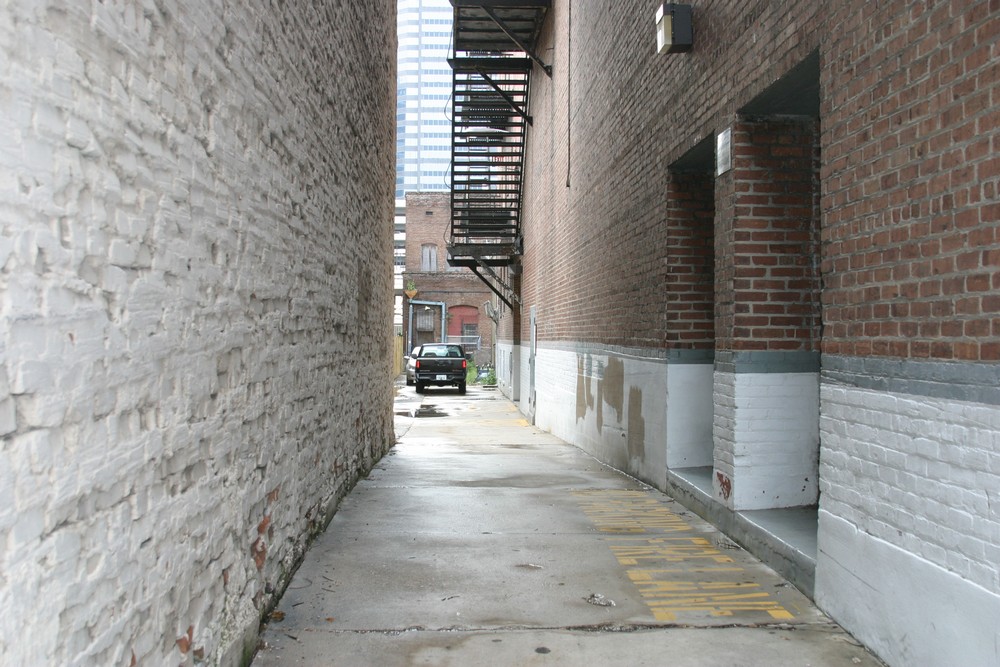 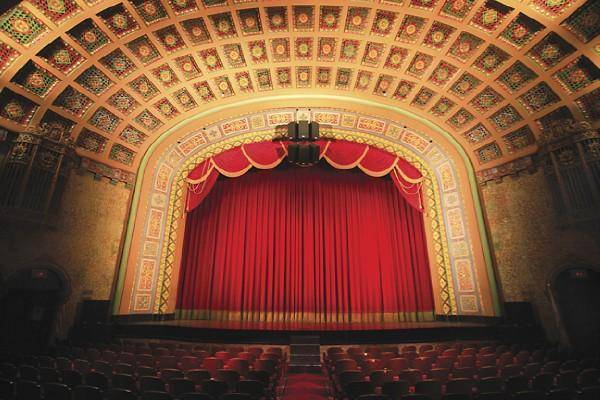 The beautiful stage inside the Jacksonville Florida theatre.
(photographer unknown)

Hit Parader magazine, in july of 1956, gave her readers ” … the once-in-a-lifetime opportunity – the chance to spend the day with dynamic Elvis Presley!”. 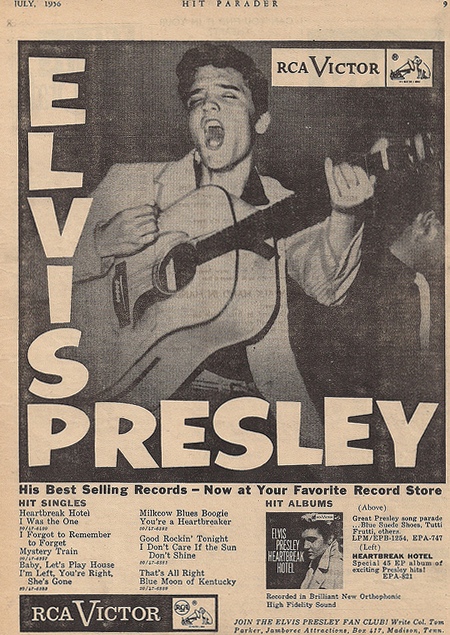 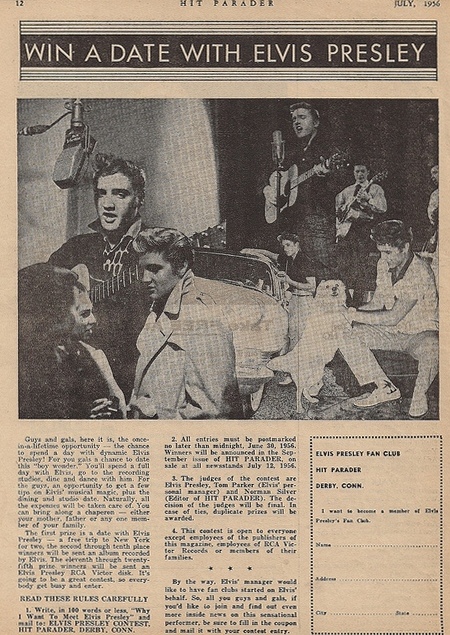 And a few months after Andrea’s visit to Jacksonville, Hit Parader devotes 2 pages of her meeting with Elvis in the magazine: 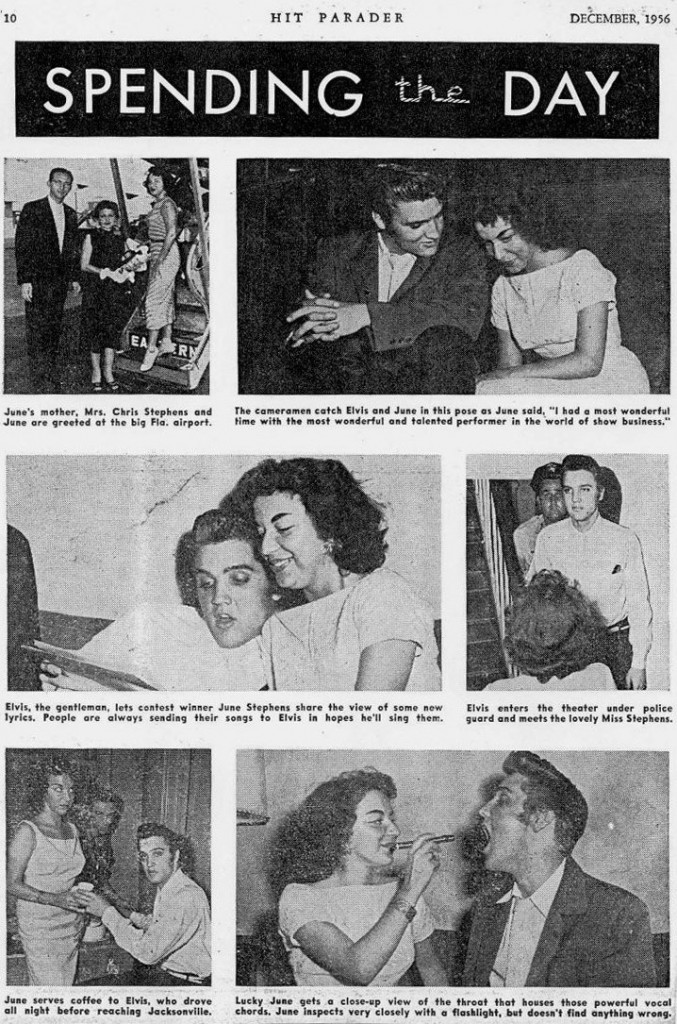 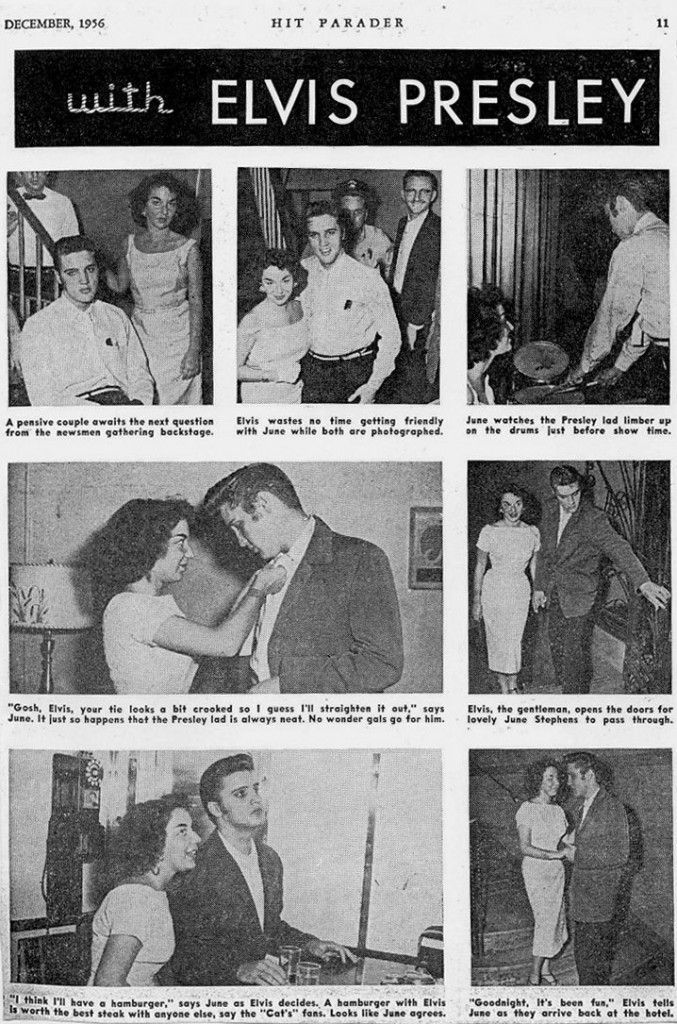 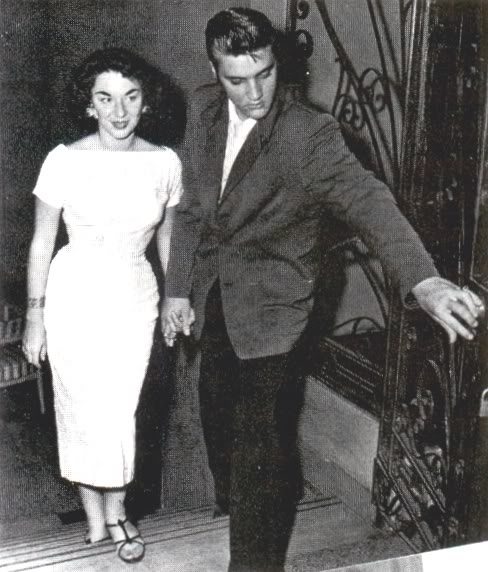 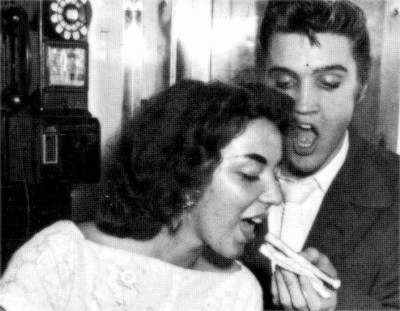 Elvis trying to revive a fan who had fainted from too much emotions eyeing her hero in the hotel lobby, with a worried Andrea looking on. 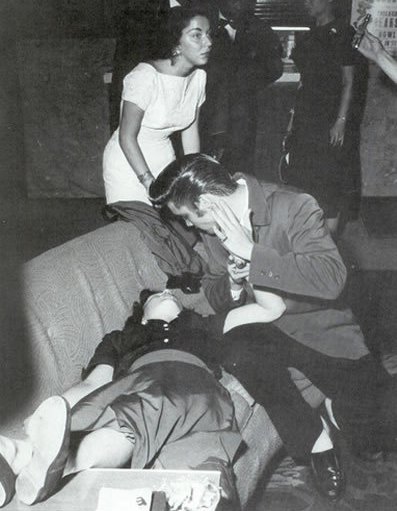 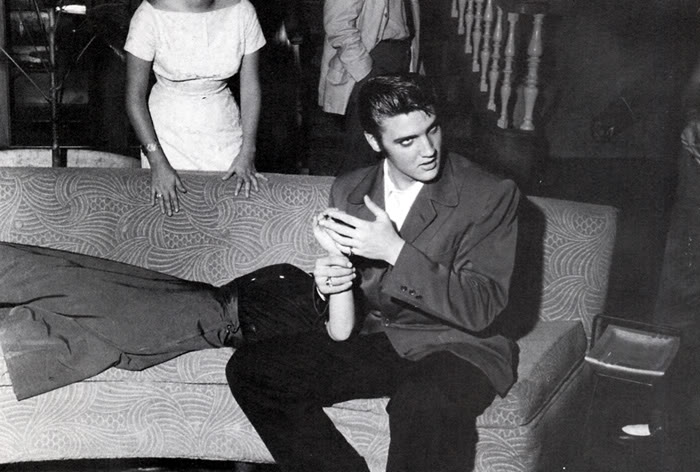 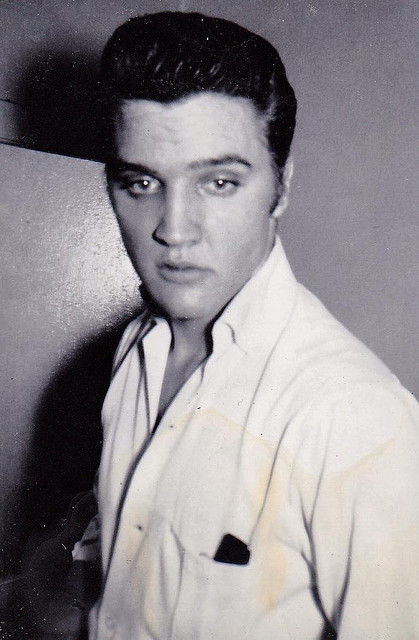 Still a little bewildered from the incident, Elvis returns to his hotelroom for some rest while preparing for the evening show at the Florida State theater. It had sure been quite a hectic first day in Jacksonville … 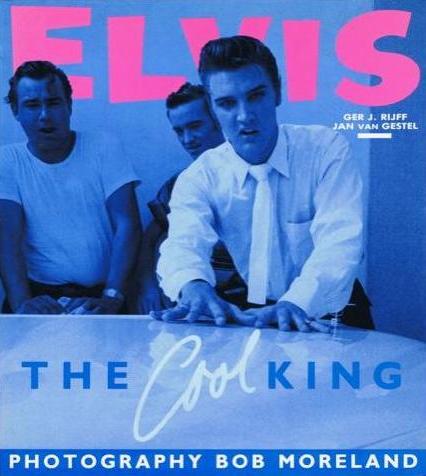 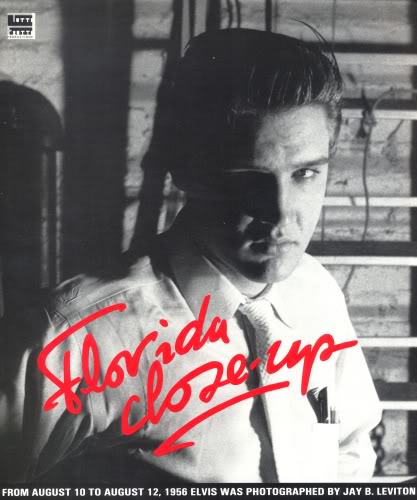 
To the right, two photo books by Rijff, dealing with the 1956 Florida tour.