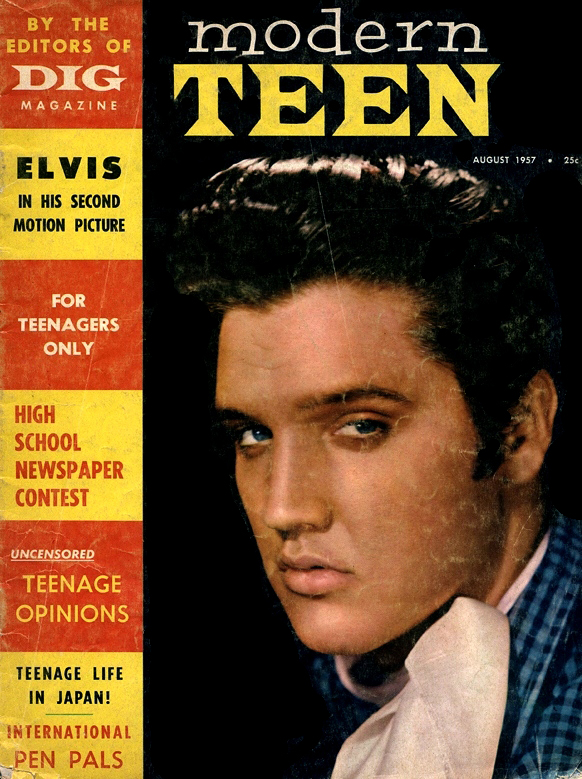 It is with great pleasure that we are able to present three issues of DIG magazine, from November 1956, April 1957 and May 1958 respectively. Two of which have Presley on the cover while the third one has James Dean, and all three feature cool articles on Elvis.


The same cover-photo (from Loving You), was also used for the cover of Modern Teen, a year earlier.
It may come as no surprise that Modern Teen was done “By the editors of DIG magazine”. 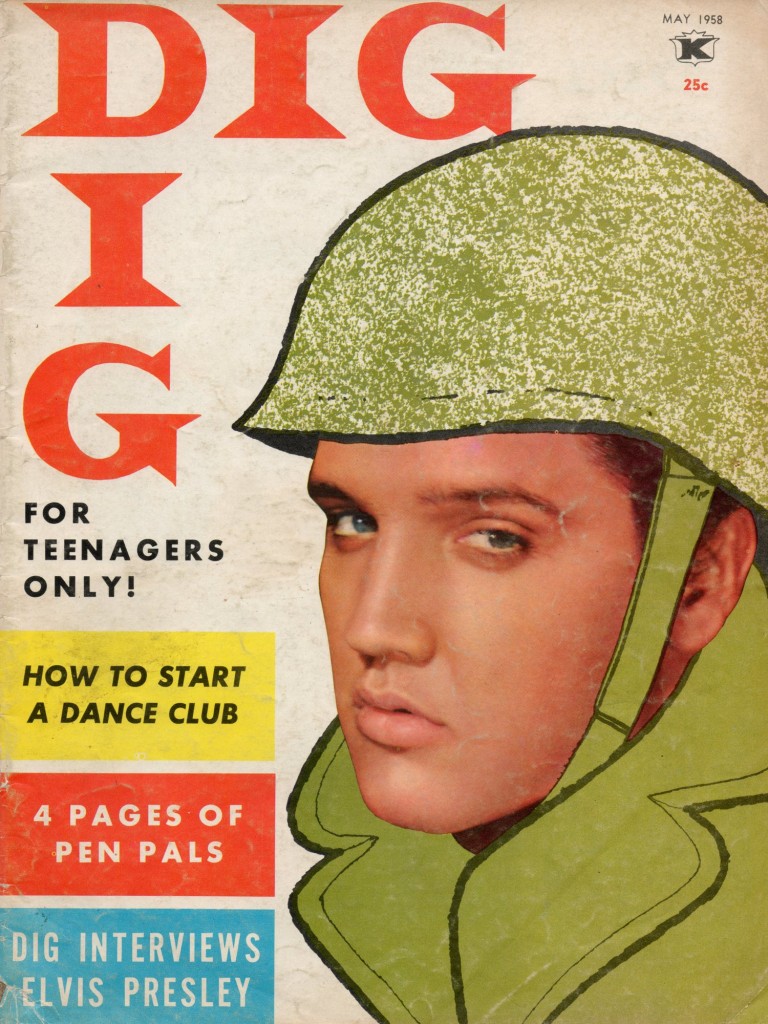 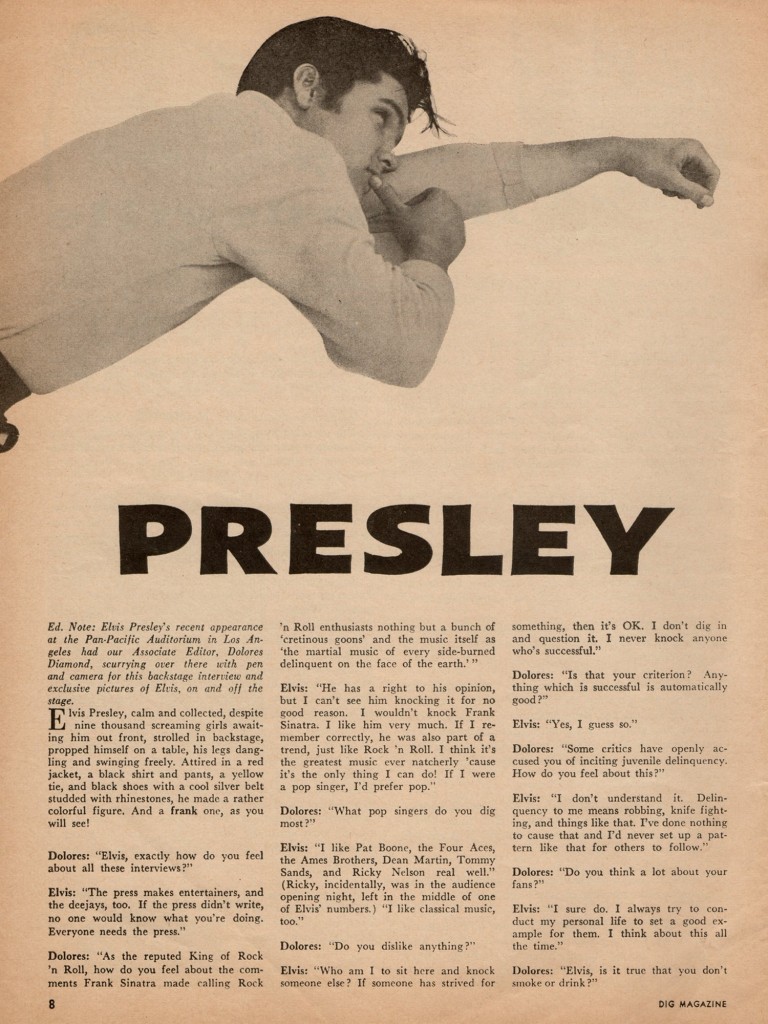 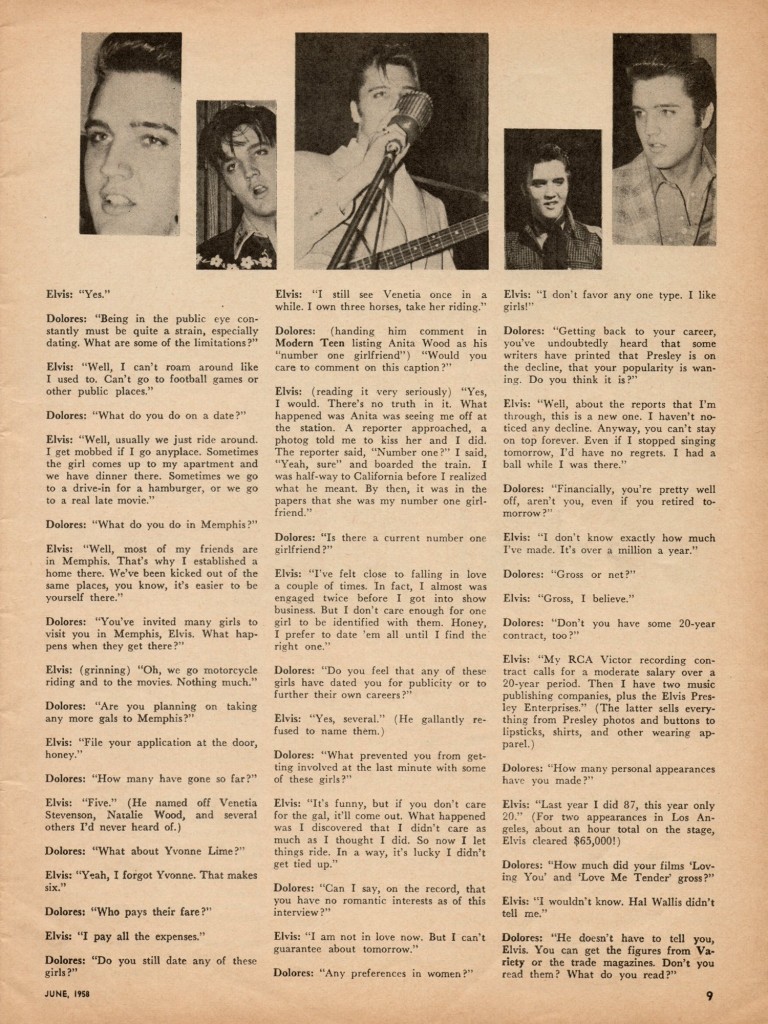 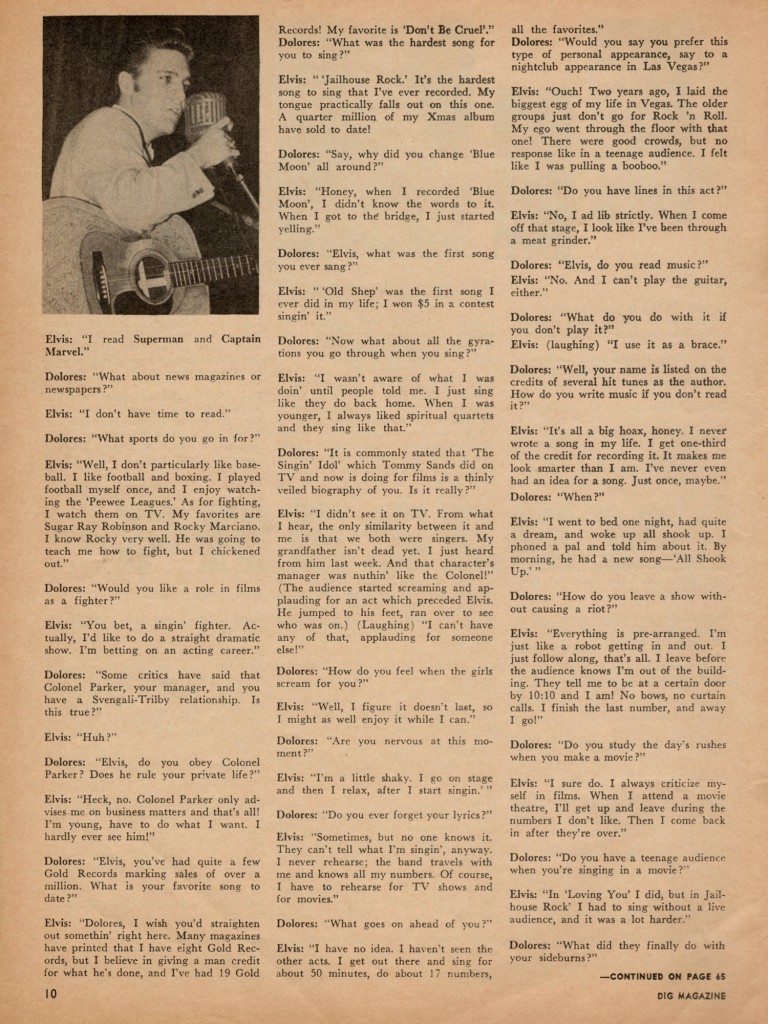 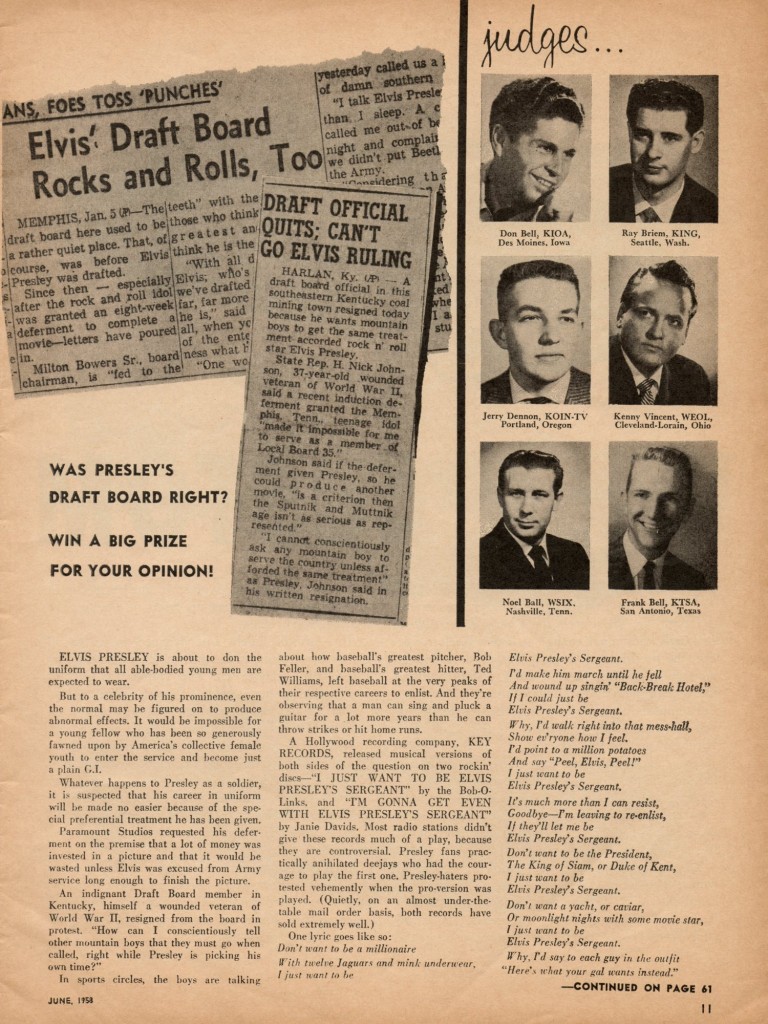 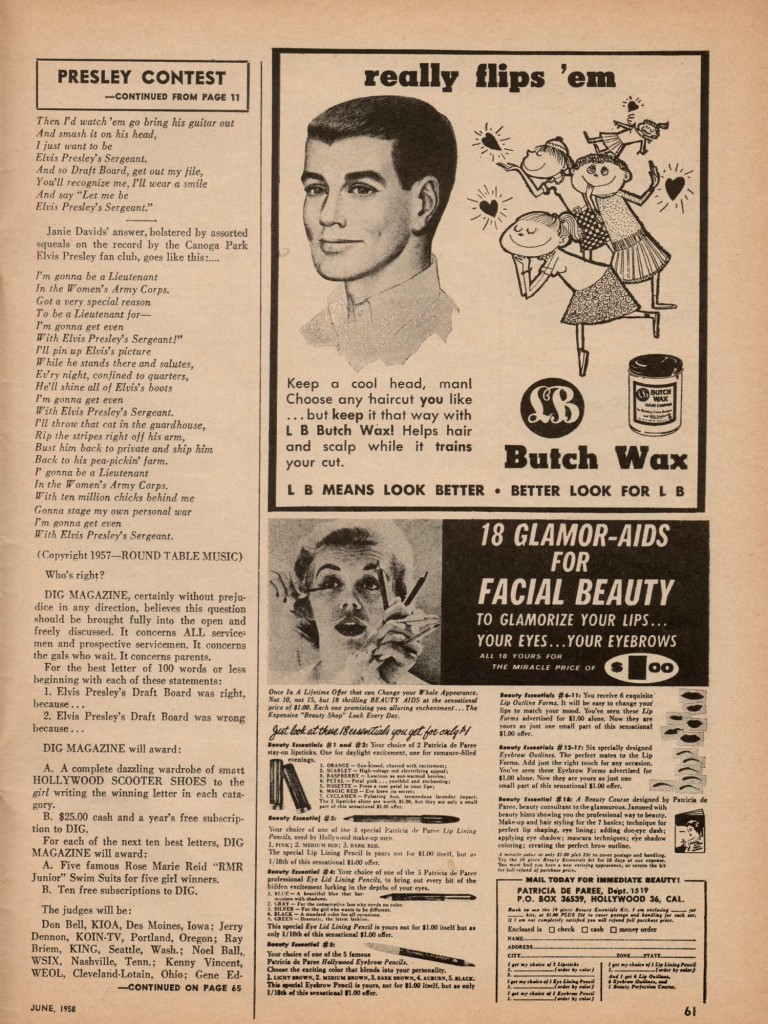 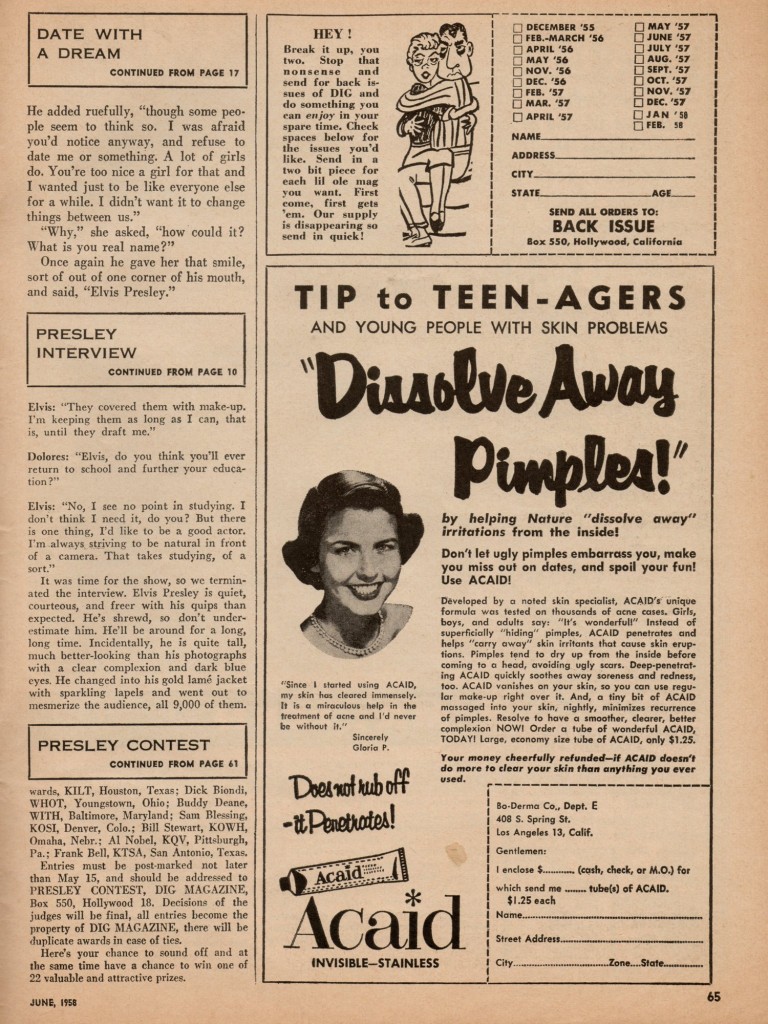 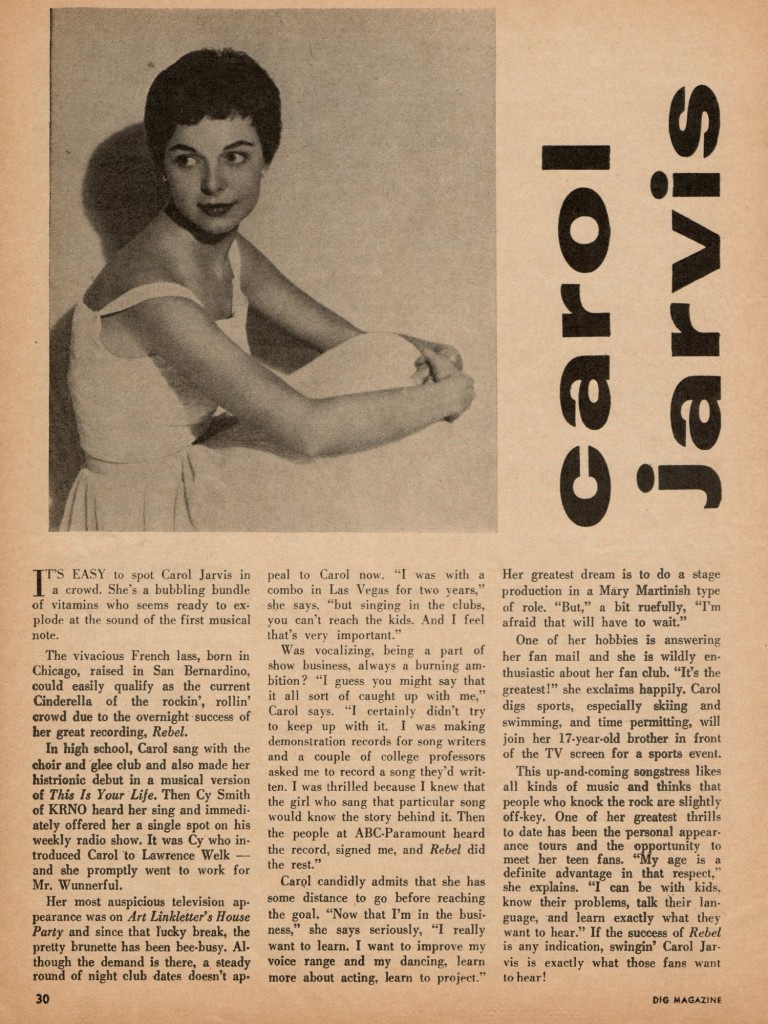 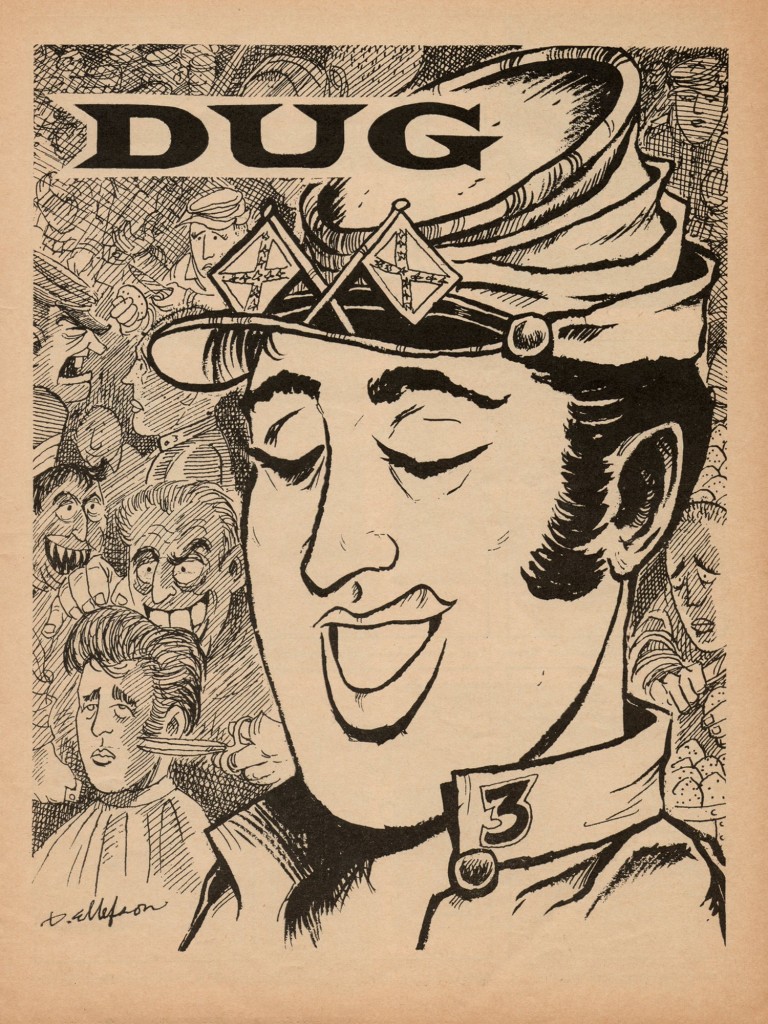